I really felt sorry for Sebastian Vettel at the start of the Australian Grand Prix weekend. The four-time world champion had returned from a bout of Covid-19 to belatedly start his 2022 season in the knowledge that the Aston Martin was uncompetitive, and then duly had the Friday from hell.

After he stopped in FP1 with a power unit issue, Vettel got fined for entering the track on a scooter without permission (although if he had known how much more his cult hero status was going to be cemented then he might well have been OK with the punishment) and then missed the second practice session as the power unit change took too long to complete.

So he headed into final practice with just 18 laps to his name, but that’s the point at which I stopped feeling sorry for him and started willing Vettel to do better.

The crash he suffered in FP3 was a sign of just how difficult the AMR22 is to drive, as the car tried to step away from him through a high-speed change of direction and the slightest correction had him through the gravel and into the barrier.

Granted, he hadn’t driven the car since pre-season testing due to his positive Covid results, but Vettel is no rookie, is he? The two races he missed were the first two times an entry list had not featured the name Sebastian Vettel since the 2007 European Grand Prix at the Nürburgring. A driver of his calibre should not be losing valuable practice time because of incidents like the one he suffered on Saturday morning in Melbourne. 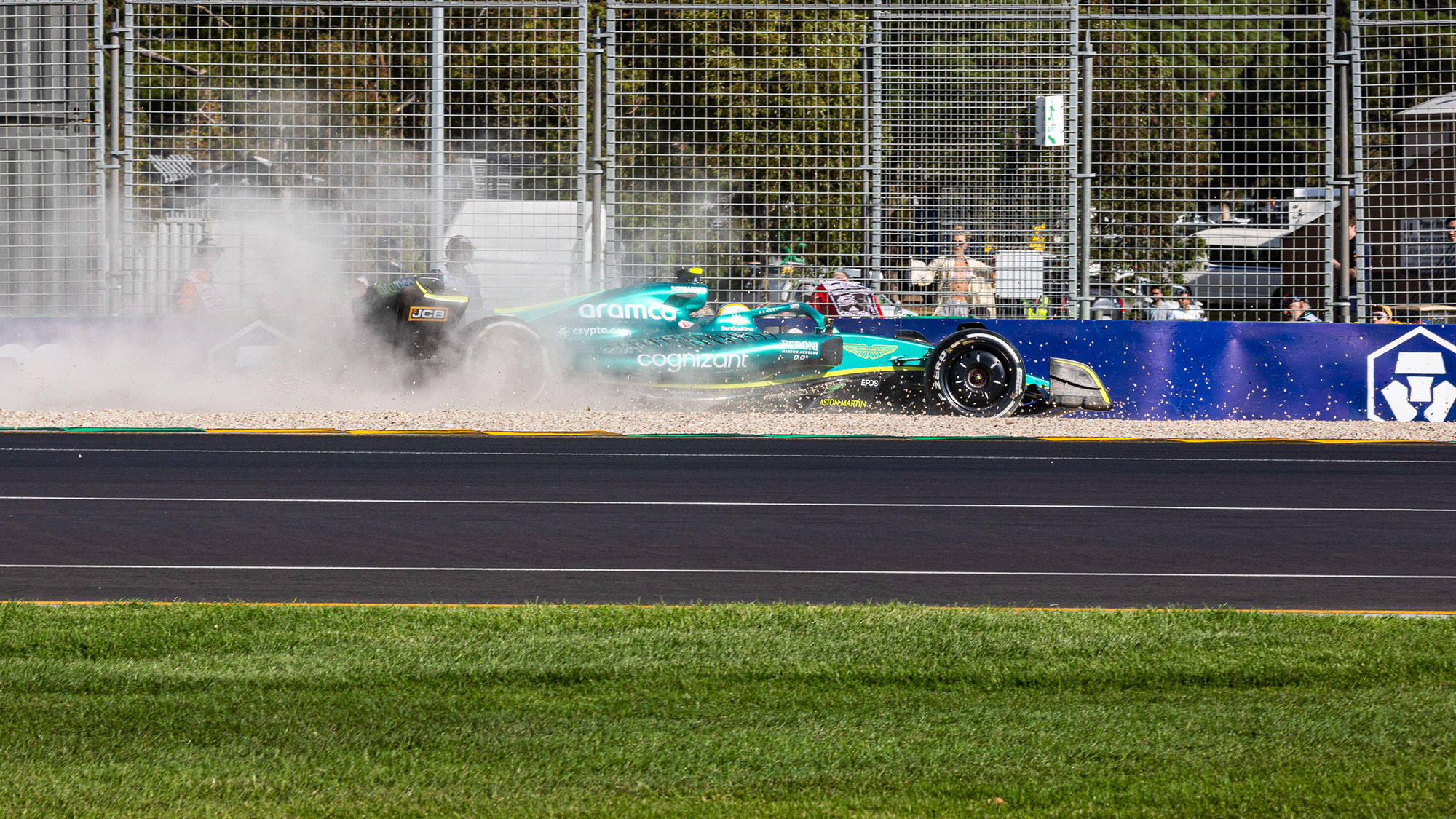 I’m told the ever-gracious Vettel did approach each and every one of his mechanics to apologise for the additional work he had given them before qualifying, but despite their Herculean efforts to repair the car in time to get out on track after a red flag – ironically caused by Lance Stroll in the sister car that had also required rebuilding – Vettel was clearly on a hiding to nothing after his earlier issues and he ended up second slowest of those to set a time.

At that point you just knew there was little that Vettel could do in the race, save for some dramatic incidents that might open the door to a decent result. He quite clearly didn’t have the car or the confidence in it to drive through the field into the points.

And that’s what made the final crash of the weekend so frustrating, given the vast experience Vettel has. He was quite clearly pushing hard to try and get as much out of the car as possible during the race, but a veteran of 280 race starts should surely have the awareness that he needs all of the time he can possibly get in the car to try and help the team recover from its poor opening to 2022.

Instead, he put it in the wall when running 12th (as a result of the pit stop phase that was ongoing) and added just 22 laps to his total.

Team principal Mike Krack leapt to Vettel’s defence after the race, and there was some truth in his points because Aston Martin clearly have a lot of work to do, but if something should be reliable in that team, it’s Vettel.

“I think if someone like him — a four-time champion — has these issues that he was having [in Melbourne], this is not down to not driving, because he has driven the car,” Krack said.

“This is really something we need to look at what car we provide him, what feedback he gets from the car. Because he will agree with me that him being off so much as he has been … is not normal and I don’t think it’s related to having missed two races.” 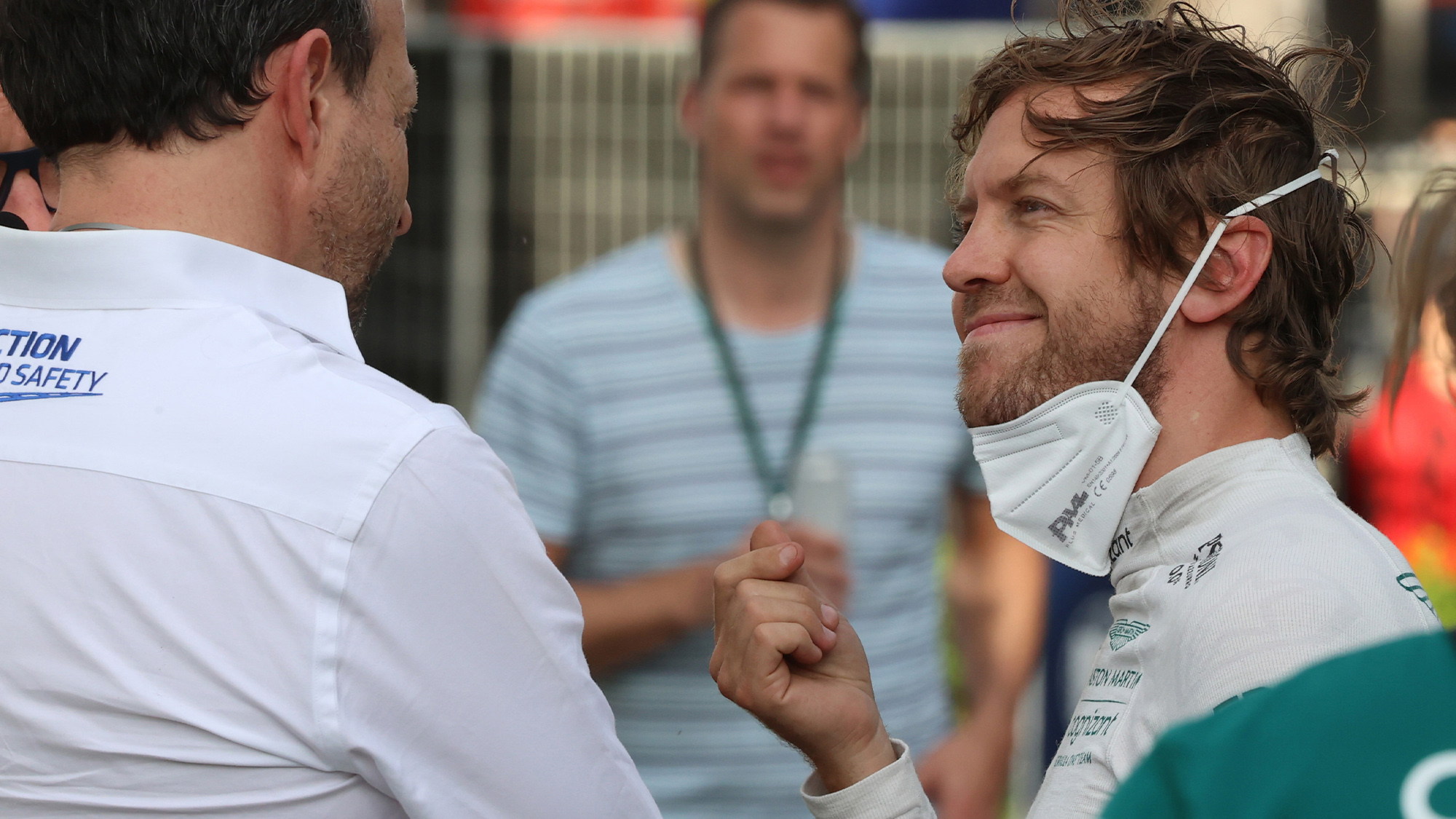 Vettel is an amazing ambassador for Formula 1, and I’ll admit I’ve warmed to him far more since he left Ferrari than when he was dominating at Red Bull or struggling with the pressures of life at Maranello. But just when he should have had a release by joining the Aston Martin project, the errors that often derailed his title hopes in red have stuck with him.

Whether Lawrence Stroll is fully focused on the achievements of his son or not, the rest of the Aston Martin team are surely looking to Vettel to provide them with guidance and leadership. He’s the driver who should be delivering the maximum from the car week-in, week-out, regardless of the car’s limitations. 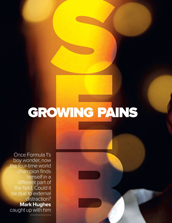 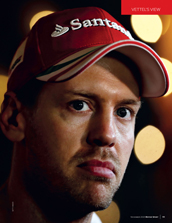 It should be Vettel who is able to show exactly where Aston Martin stands and where it needs to improve, and providing the team with the confidence that if it delivers a competitive car then he will drive it to strong results.

While it’s probably not fair to judge the 2022 Vettel on what we’ve seen so far this season, nothing last year convinced me that the 34-year-old is going to play that role. There were flashes of course – weekends such as Monaco or Baku, or even the somewhat fortuitous run in Hungary prior to the disqualification – and they’re the performances that remind you just what Vettel is capable of, but in turn make the lack of consistency that much more frustrating.

At the start of such a long season it’s usually sensible not to press the panic button too soon, but the early signs that have left Aston Martin bottom of the constructors’ championship and as the only team without a point to its name are worrying. The car looks both slow and a handful to drive, meaning it’s unlikely there will be a quick fix that suddenly unlocks some hidden potential.

To that end, Aston needs Vettel far more than it did a year ago, when the team was in a state of limbo waiting for 2022 as a chance to show what it can do. Now it needs a pair of steady hands behind the wheel to correct its course and provide a consistent benchmark against which the team can measure its progress.

There’s never any doubting Vettel’s ability to stand up and be counted off-track, but from this lowly starting point Aston is in desperate need of him doing the same on-track, too.