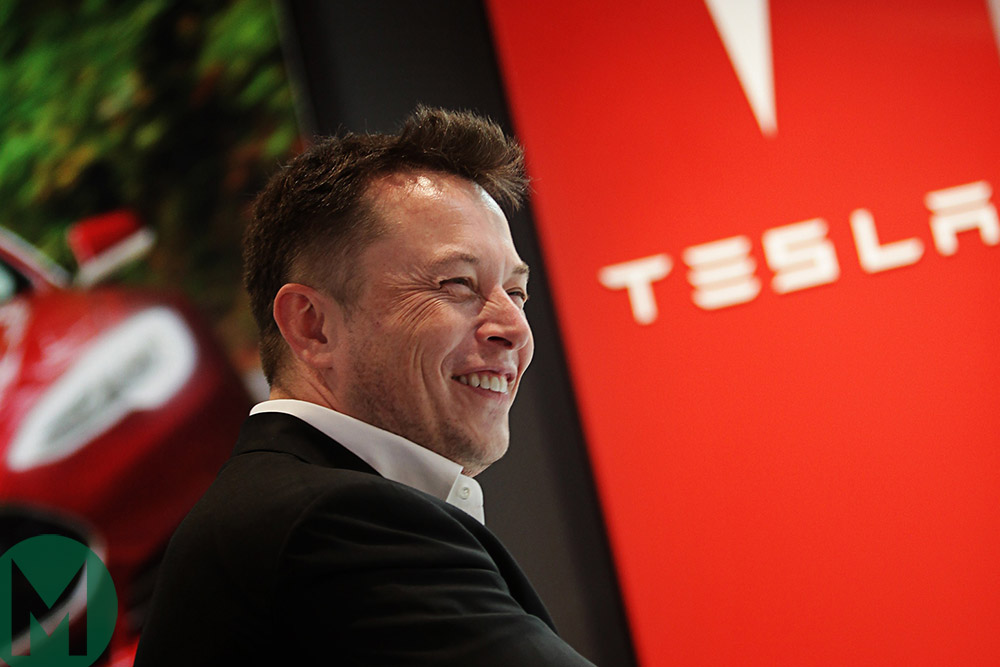 We live in a world where the once entirely bizarre now appears almost normal, and you only have to look at its two most powerful leaders to know it. Even at the height of the Cold War there was some reassurance in the fact that the leaders of the world’s superpowers at least acted rationally. I don’t think we can say that any more.

And now, even in our own little world, we are becoming used to industry executives – up to and including the head of one of the world’s most respected brands, serving lengthy terms in prison without even being charged – let alone tried.

But then there is Tesla boss Elon Musk, whose recent performances make all of the above look pretty routine. Within the last week he has settled out of court an action brought against him concerning a farting unicorn (yes, really), and been forced to apologise to a British diver after accusing him of being a paedophile, apparently for no better reason than that said diver suggested in fairly unambiguous terms that Musk’s plan to rescue the trapped Thai boys using a mini-submarine was a publicity stunt.

But it is Musk’s most recent move, while admittedly lacking the hint of scandal, that may just hoist eyebrows to new levels, especially among those with a vested interested in seeing Tesla succeed. For he has gone to some of his suppliers and suggested it might be nice if they gave him a refund on some of the payments made to them by Tesla.

Although I have never heard of a car company trying to negotiate retroactive discounting, I understand it is a rare but not unprecedented move in the industry. For a company like Tesla, with a CEO like Musk who seeks publicity like a moth seeks a flame, this whiffs of desperation.

Tesla has one problem that is bigger than all the others combined, yet no one appears to be talking about it

What incentive is there for the suppliers to cough up? They will have their own supply network to look after, so face the choice of either taking the hit, trying to recover the cost from its customers, or telling Tesla what it can do with its request for a refund. Which must be very tempting. Their problem is that if Tesla’s position really is as precarious as this move makes it look, they don’t accede to Musk’s unorthodox appeal and Tesla goes under as a result, then they join a long list of creditors waiting to recover what they can from the ashes – which may be nothing. In the short term, therefore, they may just grin and bear it or… perhaps, more accurately, grit their teeth and wear it.

But now after his intervention in Thailand, people are wondering whether Musk is even fit for the job. If the head of any publically-accountable European car company called someone a paedophile in front of his 22 million Twitter followers for no good reason whatsoever, my guess is he’d be out of the building that day and in a court shortly after, and rightly so. And I wonder how many of Musk’s backers are themselves considering whether they really want to be associated with a man capable of broadcasting such a profoundly awful and utterly baseless accusation, even in a fit of pique.

The problem for those who would have him removed: what would Tesla be without him?

We have seen how Apple lost momentum after the death of Steve Jobs, and by then it was one of the world’s largest companies: Tesla is not. Whatever you may think of him as a person, when Musk speaks, people not only listen, but a significant proportion of them act. Among the devotees, he enjoys a guru-like status, which is why his and Tesla’s following has remained so incredibly resilient despite all the setbacks the company has suffered in recent years trying to get the Model 3 – Tesla’s first big volume car – into mass-production.

The good news is that the Model 3 appears to be a very good car and, for now at least, production stands at the 5000 units per week always promised, albeit thanks to the line being set up in a temporary tent to do it. Yes, really, again. Tesla may yet make it over the hump, prove all its doubters wrong, and become the dominant force in the all-electric future we know is coming our way.

But it will need to be quick about it. For, to me, it seems Tesla has one problem that is bigger than all the others combined, yet no one appears to be talking about it. For the 10 years it has been in existence, and the odd BMW i3 aside, Tesla has had the premium electric car market to itself. Very shortly, that is going to change.

True, the big established car companies have lagged far behind, but it means they’ve had time to study what Tesla got right and wrong as it blazed the trail, and time to prepare carefully considered responses.

The first of these rebuttals is the Jaguar I-Pace and, to me at least, is a substantially better car than a Tesla Model S. Which means that the task facing Tesla just got a little harder, and is only going to get harder in the months and years to follow.