All the chatter about Colton Herta considering a move to Formula 1 got me to thinking about the desultory history of Americans in grand prix racing.

Mario Andretti was the last American to win an F1 race, way back in 1978, while Scott Speed was the last one to make it through a complete season, in 2006. (Michael Andretti and Alexander Rossi did partial seasons in 1993 and 2015, respectively.) But a handful of other Yanks have tested Formula 1 cars, though usually on a promotional basis.

Rick Mears was famously faster than Nelson Piquet in a Brabham BT49 during a test at Riverside but passed on an offer from Bernie Ecclestone. Other Americans afforded brief outings in F1 cars include Townsend Bell, Graham Rahal, Sarah Fisher, J.R. Hildebrand, Jeff Gordon and Marco Andretti. But the one who came closest to securing a full-time ride was Al Unser Jr.

Unser and veteran racing writer Jade Gurss recently collaborated on a revealing memoir titled A Checkered Past (Octane Press, £30). Known as Little Al early in his career, Unser started racing sprint cars when he was 16, and he won the Indianapolis 500 twice. But in the book, he writes with unflinching honesty about his insecurity as a driver, the challenges of growing up as the son of four-time Indy 500 champion Al Unser and the struggles with drug and alcohol addiction that marred his personal life and nearly derailed his motor sport career.

He spoke in-depth to Damien Smith about that period of his life in the current issue of Motor Sport and, as he does in the book, Unser also recounted his brief flirtations with F1. At the end of the 1985 season, Ecclestone offered him a ride at Brabham as the number two driver to Piquet, but Unser turned him down because he hadn’t yet made his mark in Indy cars. Looking back, he acknowledges, that was the wrong decision.

Not too many motor sport autobiographies begin with the protagonist pointing a gun at his own head with the genuine intention of pulling the trigger. Nothing about A Checkered Past…

“I kick myself for that now,” he says during a recent phone conversation. “Hindsight being 20/20, I should have taken Bernie’s offer and done the best job I could do in F1 and then come back and have had a long career at Indy like Emerson Fittipaldi did.”

Six years later, when team principal Frank Williams called out of the blue with an offer to participate in a five-day, post-season test at Estoril in the FW14, Unser jumped at the chance. What he didn’t realise at the time was that chief designer Patrick Head, who would be running the test program, wasn’t on the same page as Williams.

“Patrick did not want me there at all,” Unser tells me. “Frank himself had made the decision to invite me. But from day one, from the time I got off the airplane at Heathrow, Patrick definitely put me in my place.”

Unser had taken a red-eye to England immediately after completing an Indy car test in the States. By the time he got to Portugal, he was knackered. It didn’t help that the FW14 was so physically taxing to drive. Unaccustomed to the mid-corner G-forces, his neck muscles rebelled. And merely getting the car to turn was a challenge. “The steering was super heavy – just super heavy,” he recalls.

Unser admits that he wasn’t in great physical shape at the time. Nor was he accustomed to the workload borne by F1 drivers, especially a testing machine like the young Damon Hill.

“The work ethic for the F1 drivers was more than it was for Indy cars in that day,” Unser says. “They worked at it 24/7. They stayed late with the engineers, and they were there in the morning a couple of hours early whereas I would show up an hour before we started running and find out what the game plan for the day was.”

Still, the biggest obstacle in Unser’s way was Head, who was so sceptical of the American’s talent and commitment that he demanded that Unser spin the car just to prove that he knew where the limit was.

“I go, ‘Honest, Patrick, I’ve almost crashed the thing several times. I know where the limit is,’ and he says, ‘If you don’t spin it out, I’m going to park you,’” Unser says. “So I went to the slowest corner, stood on the gas and spun it. When I got back to the pits, he was elated. ‘That’s what I’m talking about!’ Okay, whatever.” 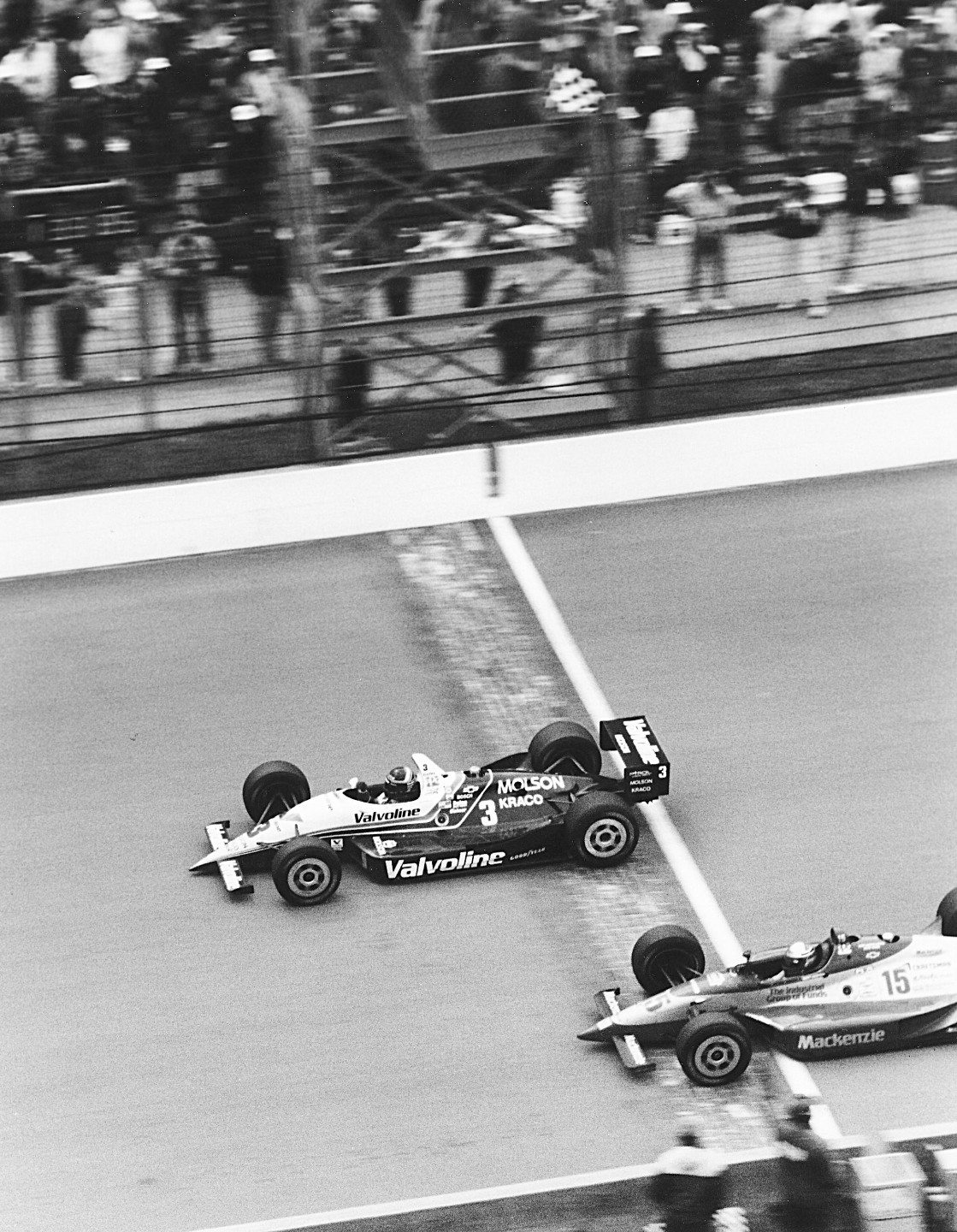 Published lap times from the test show Unser to be slower than Riccardo Patrese in the FW14. (Hill’s times were recorded in an upgraded model kitted out with all sorts of electronic wizardry.) But lap times, especially ones posted during testing, are virtually pointless for the purpose of comparison unless you’re familiar with the condition of the tires and the specifications of the car for each session.

Lap times notwithstanding, Unser insists that he matched up favourably with Hill and Patrese. “Honestly, I was right there with them,” he insists. “I wasn’t any better or any worse than either of them. We were all getting the most out of the car that we were driving.”

One of Unser’s greatest regrets is that he didn’t get a chance to drive the much more sophisticated electronic version of the FW14. He says Head reluctantly agreed to give him some seat time after Hill finished his final run on the last day of testing – which is precisely when Hill beached the car. To this day, Unser is convinced that Hill was acting on team orders.

“I absolutely do,” he says with a laugh. “At the end of the last run, Damon – who hadn’t gone off one time during the entire five days of testing – put it in a sand trap in one of the slowest-speed corners. So that ended any opportunity for me to drive it.”

In retrospect, Unser says, he realised that the test was less about his speed than his character and work ethic. “And on that front, I didn’t do a very good job.”

The FW14B carried Nigel Mansell to a World Championship in 1992. But Unser’s career hardly suffered after returning to the States. He won Indy that same year and then again, after joining Team Penske, in 1994. One door closes, another door opens… 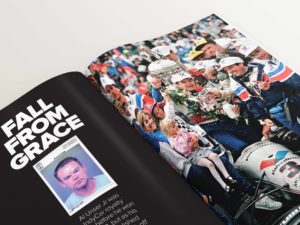 “I was racing against Dad and all these legends I had on a pedestal and just to be able to race with them was itself a great thing. But I was let down: it just proved they are men, just like myself and yourself.”

Al Unser Jr’s battles with IndyCar acclaim and personal vices are revealed in his newly-published memoirs. In Motor Sport’s latest issue, he talks to Damien Smith about the toughest times and how he has made peace with his past.