“I think we’ve got great talent in America,” said Michael Andretti a couple of days ago to the Indy Star, “and I think it’s just a joke the way Europeans look at themselves all the way up here and we’re down here. I think an American will never be treated fairly over there unless it’s with someone like us.”

Michael was saying this as his negotiations of possibly purchasing a controlling interest in the Sauber F1 team were ongoing, which if successful would probably result in Andretti bringing with him his starring Indycar driver, 21-year-old Colton Herta.

Maybe there is some projecting of Michael’s own disappointing experience of F1 in 1993 in those comments about fair treatment, but it does raise an interesting subject in the varying degrees of success enjoyed by Indycar drivers making the transition to F1 and vice-versa. 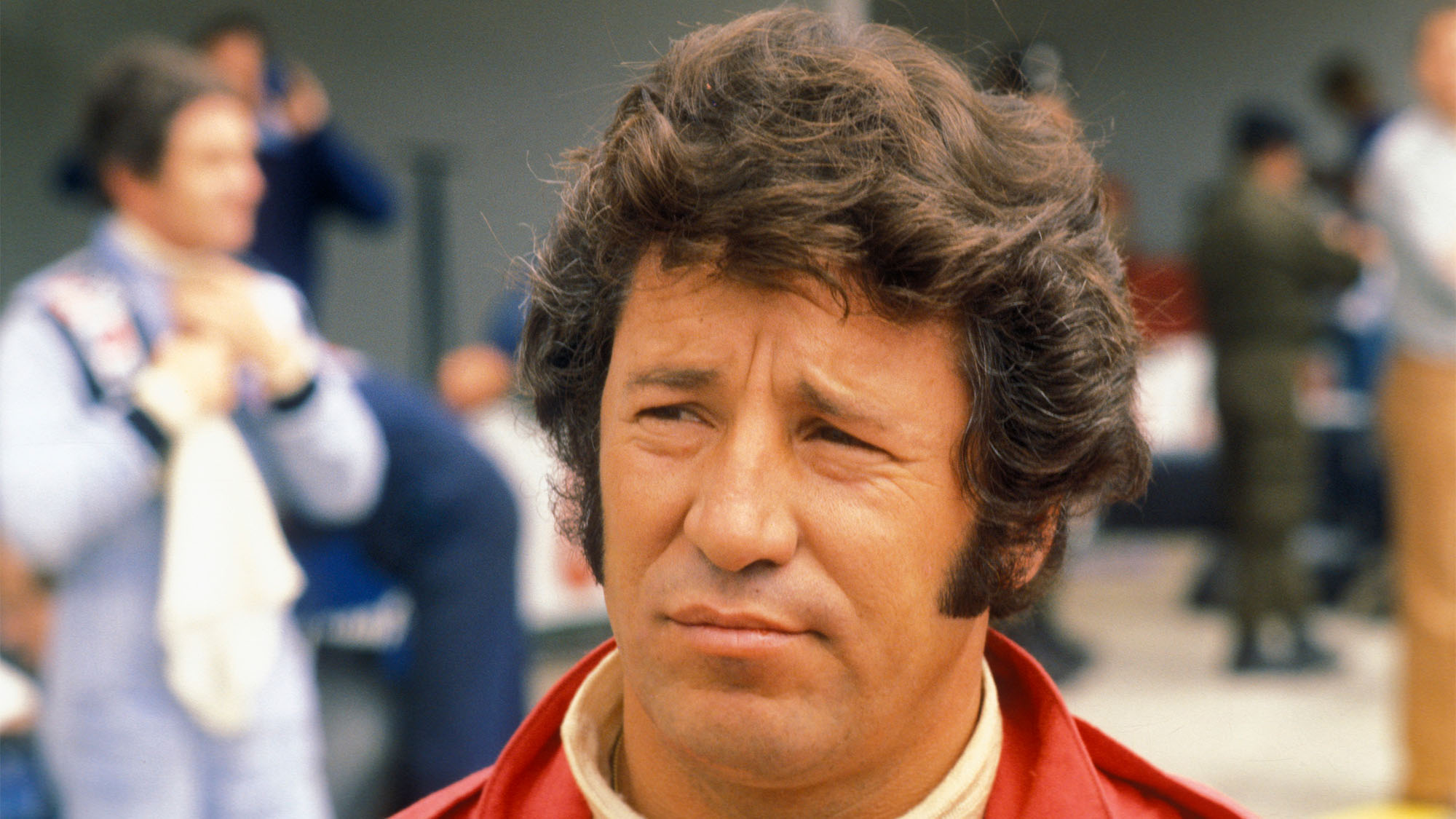 Michael’s own father Mario remains arguably the shining example of an Indycar megastar who achieved that status in F1. This was a driver who qualified on pole for his F1 debut. Only three drivers have ever done that. One of the others was an Indycar star too – Jacques Villeneuve. Both Andretti and Villeneuve transferred their Indycar status into F1 world championships. The Indycar champion of 1999, Juan Pablo Montoya, didn’t become a world champion but was instantly one of F1’s best and most exciting performers when he made the switch. They are the case studies which refute the accusation that the level in Indycar isn’t as high as F1. 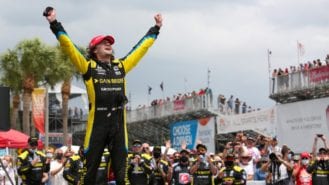 But those who make that claim will tend to point to the examples of Michael Andretti himself, Alex Zanardi and Sebastien Bourdais, absolute Indycar aces all, but who struggled in F1. Those same people might then point to how Nigel Mansell became Indycar champion in his rookie season there straight from the F1 world title. Mark Blundell was briefly a super-successful Indycar driver after a relatively unproductive F1 career. Romain Grosjean – 10 years in F1 without a race win – has this year made big waves in his Indycar rookie season.

This argument could probably have been settled long ago if history had been just a little different. It’s probably F1’s loss that it didn’t get to see the two Al Unsers (Sr and Jr), Rick Mears or Scott Dixon. And going back a little further, the idea of Parnelli Jones as Jim Clark’s team mate at Lotus (as they were in Indycars) is one of the great tantalising ‘what ifs’. Had they all got their behinds in competitive F1 cars, this subject would probably be well and truly closed.

Scott Dixon’s manager Stefan Johansson – who showed strongly in Indycar, post-F1 career – is adamant that his charge would have been world championship material. “I’d have been amazed if he would not have fought for titles,” he says. “He did a good test for Williams but BMW didn’t want to take on a rookie and then Chip Ganassi offered a very good three-year deal and so that F1 window closed. 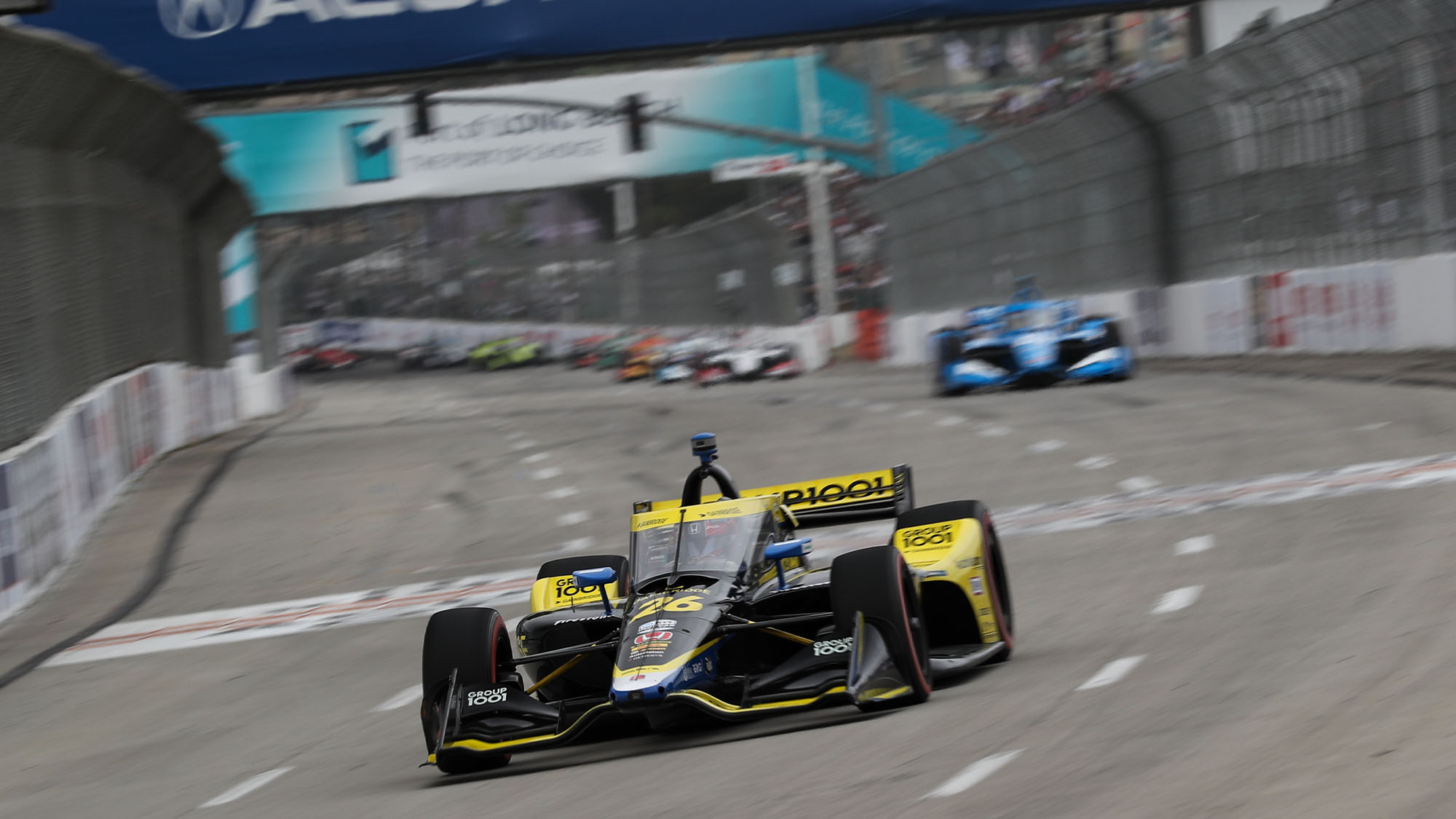 Herta has been scintillating in Indycars, and could represent the key Liberty needs to truly unlock the US market

“It’s often just circumstantial like that. Colton Herta is, I think, pretty special. If he is contemplating the move you’d need to know from the team what’s the long-term plan, what are the finances at the team, is there light at the end of the tunnel etc. But basically, yes I would say it would be worth him doing it. Even if you are not in one of the teams which can win races, all you really have to do is be ready when those two or three opportunities arise each season and pounce on them – like George Russell has done this season. Because that can translate to a place in a top team. You have to be outstanding to grab those random opportunities, but I think Colton probably is. Then even if it didn’t work that way I’m sure he’d be welcomed back to Indycar with open arms.”

Even if Michael’s belief that American drivers are not thought of seriously enough by F1 was ever true, it no longer is. Liberty Media desperately wants to crack the American market with F1 and a megastar American driver is the obvious way of doing that. Colton Herta, if he’s as good as many believe – and Mario Andretti has described him as ‘a once in every 20 years talent’ – could turn out to be the most significant part of the ongoing Sauber ownership story.