Alex Albon’s performances for Toro Rosso are the “paddock’s feel-good story of the moment”. Can he make another breakthrough at Baku? 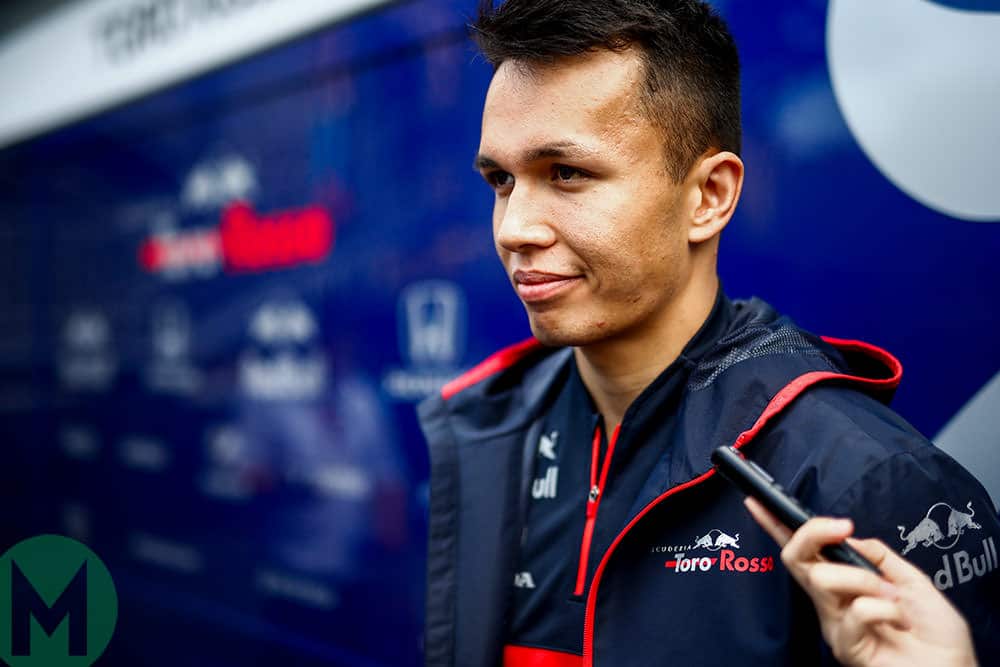 One of the most intriguing aspects of the season to date has been the performances of Toro Rosso’s late-notice Formula 1 rookie Alex Albon. Levered by Red Bull’s Dr Helmut Marko out of a drive with the Nissan Formula E team, he seemed like an almost casual choice given that Pierre Gasly had been promoted and it had been decided not to continue with Brendon Hartley.

Yet here he is as one of the stars of the first three races of the season. Points in two of them, twice out-qualifying his quick and more experienced team-mate Daniil Kvyat and a superb ‘from pitlane to points’ drive two weeks ago in China.

He has bags of talent and a gung-ho attitude.

For someone who has been on and off the Red Bull ladder several times and who had stared into career abyss more than once, it’s the paddock’s feel-good story of the moment. His mild-mannered front, an underlying self-mocking, the easy giggle and slightly embarrassed smile make him easy to like. But they contrast with his style behind the wheel – which is exciting, full-out attack. His approach is definitely of the Gilles Villeneuve school of push until you are over the limit, then come back a little from there. His confidence in the car is immense.

“It’s surprisingly easy to push the cars,” Albon says. “They are so refined.”

In fact, his fault – if you can call it that of a rookie – has been of occasionally pushing too far. His crash late in Saturday practice at Shanghai was one such, as he got just a little too hard on the power with a little too much lateral load on and not surrendering on the ensuing moment early enough. It was a big accident, yet inevitably he was hard on it through that corner from the start of the race, barely giving it a second thought, having understood what went wrong and confident he’d handle it this time.

Although his career was never underwritten with the same security as some of his rivals on the way up, he garnered universal respect among them. He was Lando Norris’ hero in karting, for example.

He has bags of talent and a gung-ho attitude. Now it’s going to be all about how he can channel it.

As he noticed in Melbourne after visiting the gravel during practice, “You have so much grip that when the rear goes, it does so quite viciously.” He’s quite happy living with that, is happy to extract the lap time on corner entry of a responsive front end – but that sounds like a less than ideal recipe for Baku and its close-hemmed walls.

A year ago, Charles Leclerc made an eye-catching breakthrough here after a difficult first three races as a rookie in his Sauber. It came as his team guided him into accepting a more understeer-y balance for the Azerbaijan streets. It was like a revelation for him. “I’d been fighting the car trying to drive it like I had in the junior formula, but you can’t really. They have so much downforce that you lose so much when you have oversteer. I found with the Baku set-up I had a lot more confidence. And we kept that really for the rest of the year.”

Let’s monitor how Albon and his Toro Rosso adapt to the particular challenges of this place. Given how well he’s shown so far, a further step-change would take him into some pretty exciting territory.