The return of the Aston Martin name to the F1 grid after an absence of six decades hasn’t gone as well as the Silverstone team had anticipated, and the first few races of the 2021 season were painful.

However, a double points finish in Monaco provided some timely encouragement and indicated that development is going in the right direction.

A collective haul of 14 points after such a poor start to the season was most welcome, and it enabled the team to leapfrog both AlphaTauri and Alpine into fifth place in the World Championship. Realistically at this stage that looks as good as it is going to get, given how well Ferrari and McLaren are scoring in the battle for third.

The former Racing Point team ended its 2020 season in fourth, losing third to McLaren because of the deduction imposed by the FIA after the brake duct copying saga.

Sergio Perez was on brilliant form in the last part of the season, taking an opportunistic win in the Sakhir GP, while Lance Stroll earned a brilliant pole in the wet in Turkey, where Perez finished runner-up.

It was logical to expect that momentum to be carried into 2021 by the rebranded team, but it wasn’t. Poor reliability at the Bahrain test didn’t help, and subsequently, the expected performance wasn’t there.

The team blamed its woes on the downforce cuts which were introduced for this year to help Pirelli. Those changes were the same for everyone, but they appeared to harm low-rake cars, namely the Aston and Mercedes, more than their rivals. Mercedes bounced back quicker, and it’s taken Aston a little more time to recover performance.

New parts, notably around the critical floor area, have been coming to the car on a regular basis.

They seemed to pay dividends in Monaco, a track where downforce is paramount, although mechanical grip is also essential. Vettel logged his best qualifying result of the year with eighth, and then moved up to fifth in the race, jumping both Lewis Hamilton and Pierre Gasly in the stops sequence (although he lost out to Red Bull’s Perez, who ran longer).

Meanwhile, from 13th, Stroll recovered to eighth, having started on the hard tyre and run an ultra-long opening stint before pitting very late. Good strategy and decent pace when it mattered worked out for both drivers.

“I think from the start of the year we’ve been really developing the car harder,” performance engineering director Tom McCullough told Motor Sport. “And each race we’ve seen in our data that we’re getting closer and closer to the midfield battles. And that’s the key if we want to score points.

“Monaco is a unique challenge. I think it was a great job by the entire team at so many levels just to get the most out of the car. From the set-up side, tyre side, strategy side, it’s not easy. And yeah, an element of luck on our side too. Unfortunately for Bottas he had a problem in the pitstop, and Leclerc didn’t start.

Aston has far from given up on improving the AMR21, and new parts keep on coming

“We’re pushing hard,” says McCullough. “The correlation to our development tools is really strong. We obviously took a big hit back with the regulation change, as has been well talked about, and not for me to get into!

“And you’ve only got one option then, you either sit back and take the pain or develop hard. And it’s a balance now between this year and next year’s car. And next year’s car is such a massive change, there’s a big focus there

“But yeah, small bits week-in, week-out, trying to get them to the car. And every little bit helps you have the chance of being closer to fight the midfield guys. We’re not done yet.”

Team orders and new records: 2021 Monaco GP what you missed

Crucially, thanks to extra financial resources, the team has added in-house manufacturing capability over the past couple of years whereas previously, much had to be contracted out, which was a more efficient way of doing things when the team was counting every penny. Updates now come through the system faster than before.

“Some of the stuff we had [in Monaco] really shouldn’t have been on the car for a couple of races. But when you can make the bits quickly, and can turn them around quickly, that’s just adding a string to our bow, really.

“It was disappointing to be so far back at the start of the year. But we’re just trying to recover.

“Every time you get an update on the car, you’ve got to understand it and make sure you get the most out of it. It’s a relative game, you keep bringing bits, but you look up and down the pit lane, and everyone else is too! It’s all going to filter through.”

As McCullough noted earlier teams face an extra dilemma this year as they make the trade-off between developing the current car and ensuring that they start the 2022 season with a strong package for the new regulations.

“We’re soon going to get to the business end of having to crack on with next year’s car.”

In Aston’s case the extra firefighting required to address the floor issue hasn’t helped. However, the team hasn’t taken its eye off the bigger picture.

“There was always a plan, with the development phase between this year’s car and next year’s car. In the end it hasn’t actually changed too much. Yes, we’re further back. So it’s been really important to deliver the good sessions in the tunnel, and get the bits to the car quickly.

“So overall, that’s a balance, [technical director] Andrew Green’s balance, mainly, working with the aero team. And it’s being re-evaluated on a weekly basis after sessions in the tunnel, between the two projects. We’re soon going to get to the business end of having to crack on with next year’s car.”

All of this is being conducted against a background of an increasing headcount. It’s not easy to manage rapid expansion in any business, and in F1, with no lull in the relentless quest for performance, it’s even harder.

“Throughout the entire company, we had a good look at where we need to grow to add a bit the value,” says McCullough. “You don’t just employ people, it’s where do we think we need to be stronger? I think as a team, that’s always been our strength, focusing on the bits that matter.

“Now the resource isn’t as much of a limitation, it’s about trying to ensure that we can consistently put strong cars out and fight further up the grid than we did at the start of this year.” 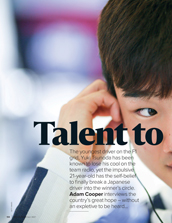 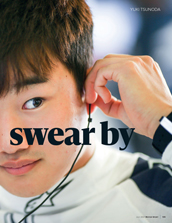 Vettel hasn’t had an easy time, and inevitably there have been questions about whether he will ever get back to his old form – a best result of 13th in the first four races didn’t look good. In Monaco there were clear signs of the old class as he managed his tyres in the early stages and banged in quick laps before his stop.

“There’s always an element of a new driver settling in,” says McCullough. “Sebastian is working bloody hard, as is Lance. The two of them are in the simulator on multiple days.

“We’re pushing hard, working with the engineers just trying to help us get the most out of what we’ve got. And that’s really nice to see that process working.

Aston owner Lawrence Stroll hired Vettel for obvious marketing reasons, and as a show of his commitment. However, the Canadian also wanted his team to download whatever knowledge they could from the former RBR and Ferrari man, and that is already paying dividends.

“He’s quite an engineer in his thinking,” McCullough notes. “He’s obviously been there and done it with two really big teams, winning races, winning World Championships, been on the podium many times, and he pushes in so many little areas throughout the team. The details, the marginal gains, it all adds up together. Small things, whether it’s better communication, whether it’s the bits to work on, what’s important.

“It’s just what we thought it would be with him. He’s great fun to work with. He loves doing it as well, and I was really happy to see how much.

“And he’s working really well with Lance, so open, just trying to drive the team forward. It’s when you’re not as competitive as you want to be you’ve got to really work hard as a team to move it forward. And he’s great at that as well.

“Overall, he’s everything that we expected. It’s a shame it’s taken us so long to score points. But hopefully we can build on that.”