The anniversaries from this week in motor sport, from the database and archive 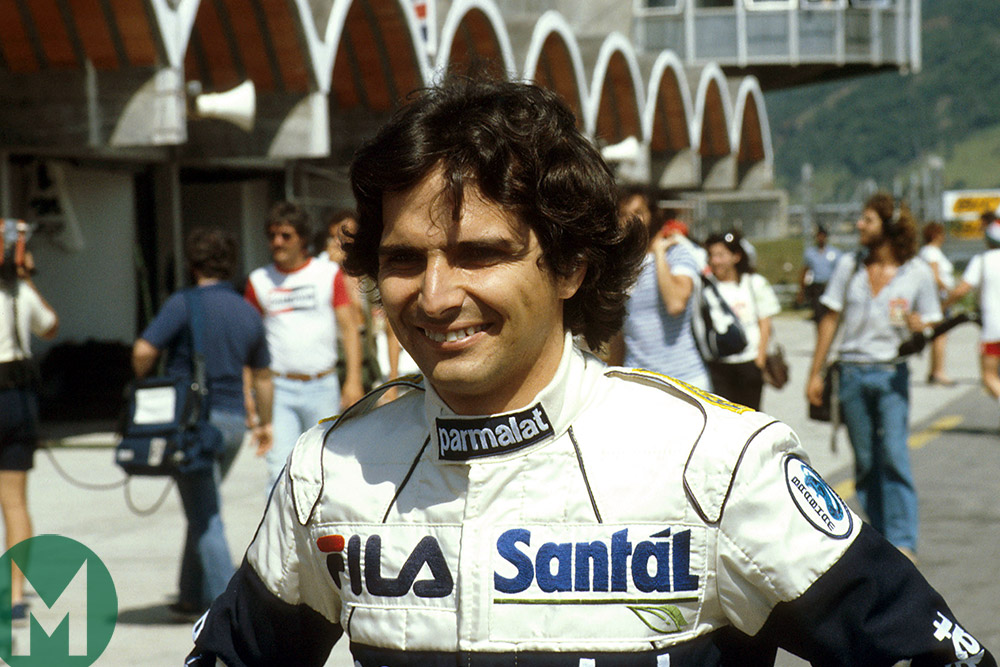 1882 Dario Resta (below) was born on this day in Italy but his family soon moved to England where he eventually took British nationality. Resta first raced at Brooklands in 1907 and he was a race winner at the new circuit’s Autumn meeting. Three times a top six-finisher in the French Grand Prix before World War, Resta enjoyed outright successes in America. Winner of the 1915 American Grand Prize and Vanderbilt Cup, he won the following year’s Indianapolis classic (uniquely a 300-mile race that year) on the way to the 1916 AAA National Championship. He briefly retired from the sport in 1920 but returned three years later. Resta was killed during a record attempt at Brooklands in September 1924.

1952 Triple Formula 1 World Champion Nelson Piquet (above) celebrates his 66th birthday today. The Brazilian made his Grand Prix debut at the 1978 German GP and ended that season driving a third Brabham-Alfa Romeo in Canada. Seven seasons with the team included world titles in 1981 and 1983. He made a surprise move to Williams in 1986 and clinched the following year’s title when team-mate Nigel Mansell crashed during practice at Suzuka. A spell with Lotus proved disappointing but Piquet scored three more victories for Benetton during his final two F1 campaigns.

1975 The Austrian Grand Prix was held on this day. Mark Donohue crashed during the warm-up and a marshal was killed – Donohue suffered injuries that later claimed his life Heavy rain then forced officials to stop the race after 29 laps with March’s Vittorio Brambilla the shock winner. The Italian promptly crashed as he crossed the finish line and it was a very battered March 751 that completed Brambilla’s victory lap. Half points were awarded as less than 60 per cent of the original distance had been completed. 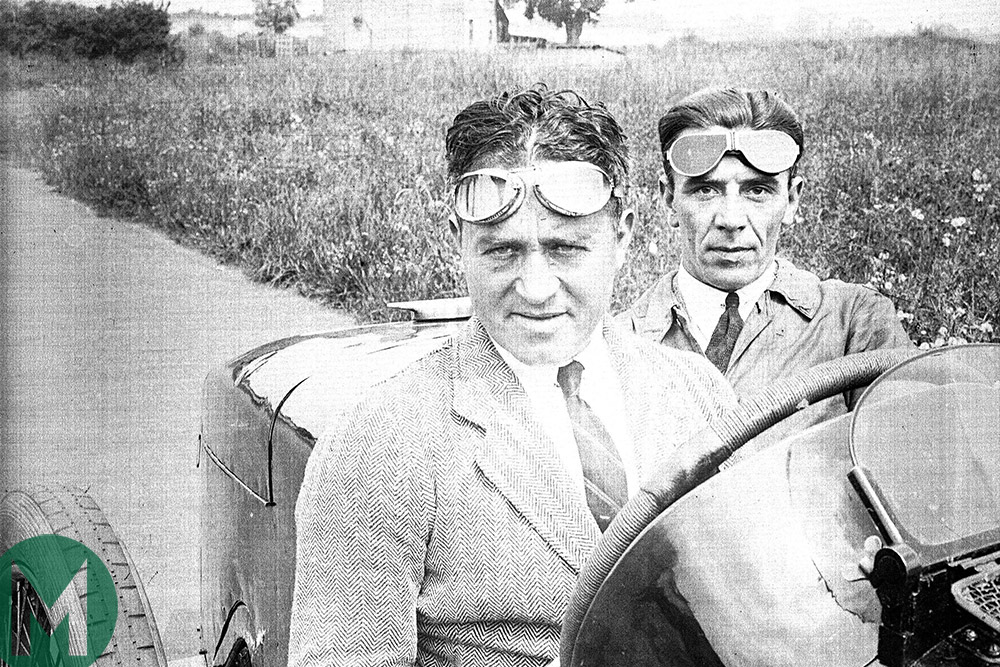 1963 Second at Indianapolis in May, Jim Clark’s pole-winning Lotus 29-Ford won the Tony Bettenhausen 200 at the Milwaukee Mile 55 years ago today. The Scot led every lap and only AJ Foyt remained on the same lap by the end of the race. Dan Gurney was third in the second Lotus-Ford.

1985 Motor Sport was not flattering about the Austrian Grand Prix, simply describing the race as “not exciting”. A day after announcing his intention to retire at the end of the season, Niki Lauda led his home event until his turbo failed. That left McLaren team-mate Alain Prost to cruise to victory by half a minute. Ayrton Senna’s Lotus-Renault finished second with Ferraris third and fourth. The 1985 Austrian GP is best remembered for Andrea de Cesaris’ Ligier barrel-rolling out of the race, the error-prone Italian lucky to emerge unscathed. 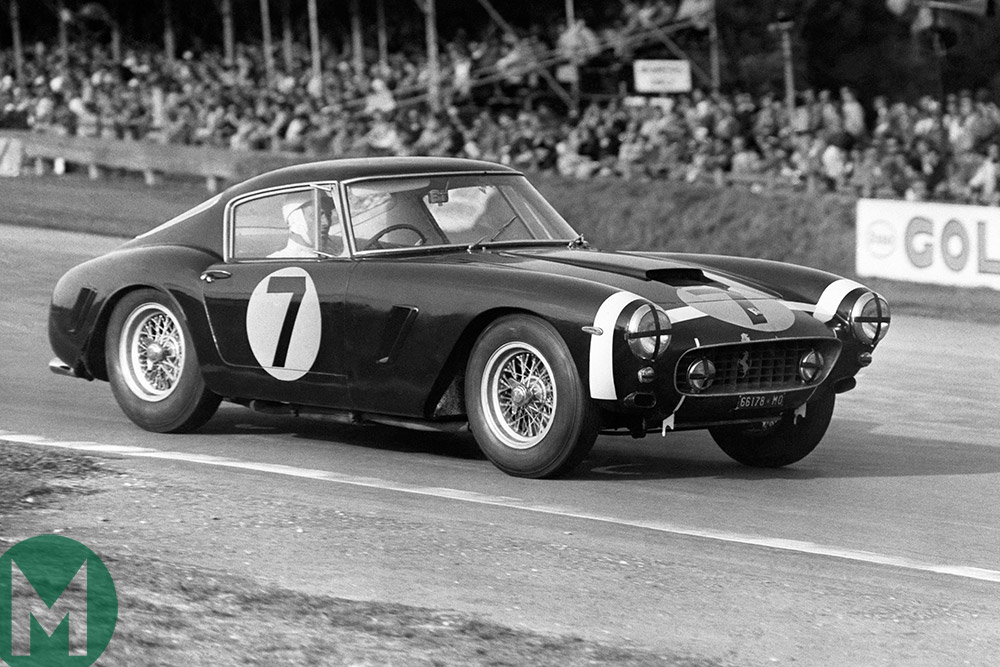 1961 Driving Dick Wilkins’ short wheelbase Ferrari 250GT in Rob Walker’s colours, Stirling Moss (above) conserved his tyres masterfully to win the Tourist Trophy for the seventh time with ease. Michael Parkes’ Equipe Endeavour 250GT led at the start and finished second despite having to remove a loose piece of undertray. The Aston Martins of Roy Salvadori, Jim Clark and Innes Ireland filled the next three positions to win the team prize.

1987 Nico Hülkenberg was born on this day in 1987. Successful in Formula 3, GP2 and A1GP, he graduated to Formula 1 with Williams in 2010 and qualified on a surprise pole position in Brazil that year. He has started 147 Grands Prix following subsequent spells with Force India, Sauber and now Renault. A consistent points scorer, he has yet to finish on the podium with three fourth-places his best results. He joined Porsche‘s LMP1 team to win the 2015 Le Mans 24 Hours – the first full-time F1 driver to win the race for 24 years. 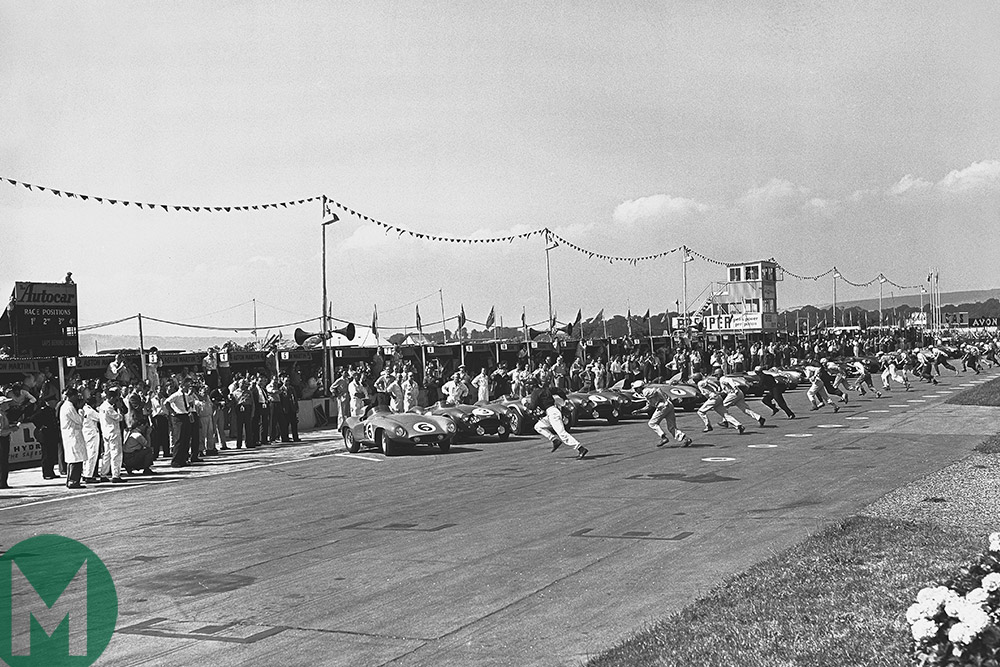 1955 The Goodwood 9 Hours was run for the third and final time (above). Winners in 1952 and 1953, Aston Martin completed a 100 per cent record in the race when Peter Walker and Dennis Poore’s DB3S crossed the finish line at midnight, a lap clear of the Ecurie Ecosse Jaguar D-type of Ninian Sanderson and Desmond Titterington. The race was marred by the death of Mike Keen from injuries suffered when his Cooper-Bristol rolled at Fordwater.

1938 Mercedes-Benz dominated qualifying for the 1938 Swiss Grand Prix with recent German GP-winner Dick Seaman on pole by over three seconds. Rudolf Caracciola qualified third but excelled in the heavy rain that fell on raceday. Seaman led the opening exchanges before being passed by his more experienced team-mate when he hesitated while lapping a couple of slower cars. Renowned for his skill in the wet, Caracciola eased to victory with Seaman and Manfred von Brauchitsch completing a Mercedes 1-2-3.

1988 It is 30 years since accident and injury marred the Brands Hatch Formula 3000 race. Michel Trollé was severely injured in practice and contact between Johnny Herbert and Gregor Foitek at Pilgrim’s Drop triggered a 11-car pile-up that forced the race to be stopped. Foitek broke his wrist when his Lola barrel-rolled and Herbert suffered serious leg injuries that hampered his graduation to Formula 1 in 1989. The Eddie Jordan Reynards of Herbert and debutant Martin Donnelly qualified on the front row and appeared on course for a 1-2 but it was left to Donnelly to score a hollow victory.

2005 The Hermann Tilke-designed Istanbul Park (below) held the inaugural Turkish Grand Prix on this day in 2005. Kimi Räikkönen won that year for McLaren but it was Ferrari’s Felipe Massa who was most successful at the undulating track – winning the Turkish GP for three successive years from 2006-08. The race was held for seven years before losing its place on the calendar. 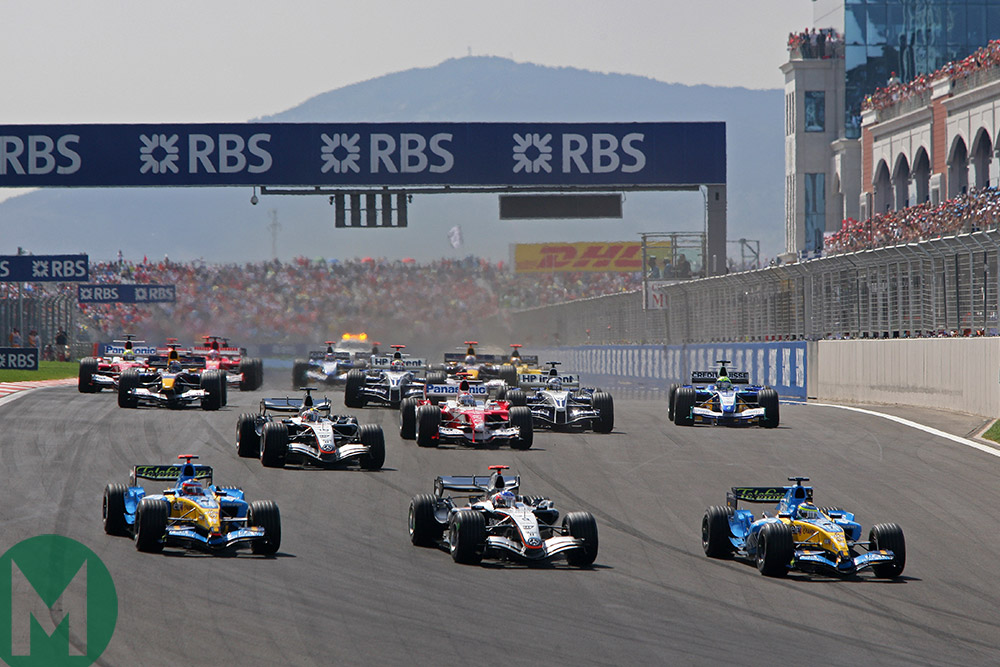 1929    Finnish rally star Pauli Toivonen was born on this day in 1929. Winner of the 1962 1000 Lakes Rally, he inherited victory in the Monte Carlo Rally four years later when the top four finishers were controversially disqualified. He was second in the 1968 Monte Carlo before winning that year’s European Rally Championship. Victory in the Acropolis Rally followed in 1969 and Pauli continued to compete for another decade. Sons Henri and Harri both competed with the former a world star before his death on the 1986 Tour de Corse. Pauli Toivonen died in 2005.

1954    Juan Manuel Fangio (Mercedes-Benz) clinched the 1954 World Championship by leading the Swiss Grand Prix from start-to-finish. José Froilán González qualified on pole position but made a poor start and finished second when almost a minute behind his compatriot. Karl Kling (at the start), Stirling Moss and then Mike Hawthorn all ran second before retiring. This was the last GP to be held at Bremgarten for racing was banned in Switzerland following the 1955 Le Mans 24 Hours.

1976    The 1976 World Championship for Sports Cars was run to Group 6 rules but organisers of the Player’s 200 at Mosport Park augmented its field with Group 7 cars from the now-defunct Can-Am Series. Jackie Oliver used his 1974 Can-Am winning Shadow DN4A-Chevrolet to lead this sprint from start-to-finish, beating George Follmer’s G7 McLaren M20-Chevy by less than eight seconds. Jacky Ickx’s G6 Porsche 936 was a further 38sec adrift to claim maximum championship points after a closely-fought race. 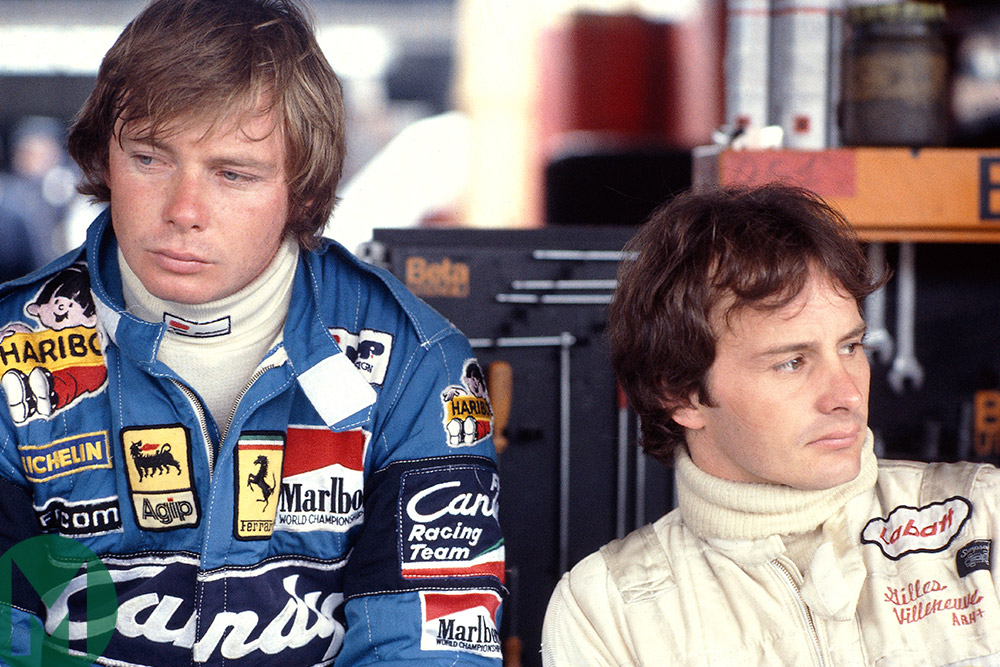 1964 The Austrian Grand Prix was awarded World Championship status for the first time in 1964. The bumpy airfield circuit at Zeltweg proved something of a car-breaker and most of the field either retired or was delayed. Ferrari’s Lorenzo Bandini inherited victory – the only championship success of his career – when Dan Gurney’s suspension failed when securely in the lead. Richie Ginther finished second for BRM with privateer Bob Anderson completing the top three.

1987 Former Grand Prix driver Didier Pironi (above, with Gilles Villeneuve) was killed in during a powerboat race off the Isle of Wight on this day in 1987. Winner of the 1978 Le Mans 24 Hours for Renault, he won three of the 70 GPs he started for Tyrrell, Ligier and Ferrari. Ferrari’s 1982 World Championship was marred by controversy at Imola and the death of Gilles Villeneuve at Zolder. Pironi seemed set to become France’s first World Champion when he suffered career-ending injuries during practice at the German GP.