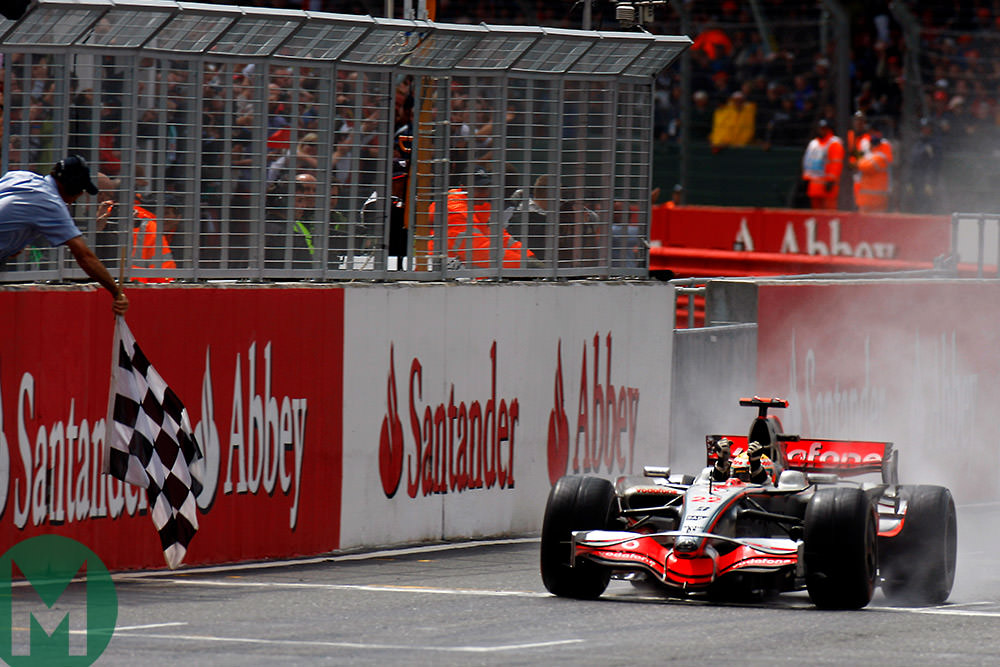 1958 Ferrari’s Mike Hawthorn dominated the 1958 French Grand Prix at Reims. He qualified on pole position, led every lap and won for the only time during his successful World Championship campaign. That success was overshadowed by the death of his team-mate Luigi Musso who crashed at the fast right-hander after the pits. Stirling Moss was second for Vanwall, and now shared the points lead with his compatriot. Juan Manuel Fangio finished fourth in what was his last GP.

2008 It’s been 10 years since Lewis Hamilton won the British Grand Prix for the first time, masterful in the Silverstone rain. McLaren team-mate Heikki Kovalainen started from pole position but Hamilton took the lead on lap five and pulled away, eventually beating BMW Sauber’s Nick Heidfeld by over a minute. Kovalainen faded to fifth at the finish on a day when no one could match Hamilton.

1936 Jo Siffert was born in Fribourg in 1936. ‘Seppi’ was a star of both Formula 1 and sports cars during the 1960s and early ‘70s until his untimely death during a non-championship Formula 1 race at Brands Hatch. He won the 1968 British and 1971 Austrian GPs when driving Rob Walker’s Lotus and a works BRM respectively. He scored 14 major sports car victories although fourth was his best finish at Le Mans. Siffert came to the fore by beating Jim Clark in slipstreaming duels at Enna-Pergusa in 1964 and 1965.

1959 Alessandro Nannini celebrates his 59th birthday today. Born in Siena, he graduated to Formula 1 in 1986 and showed enough promise in two seasons with Minardi to be promoted to Benetton in 1988. He was awarded victory in the 1989 Japanese Grand Prix when Ayrton Senna was controversially disqualified. Unfortunately, that was to be Nannini’s only F1 win for his right arm was severed in a helicopter accident in October 1990. He returned to race in touring cars but was not seen in F1 again.

1967 The most successful driver in the history of the Le Mans 24 Hours, Tom Kristensen, was born. He was a race winner in Formula 3000 but was never given his F1 break. Instead, the Dane won on his debut at Le Mans in 1997 when driving Joest Racing’s Porsche WSC95 and scored another eight victories in the race – seven for Audi and once with Bentley. He was inducted into the Motor Sport Hall of Fame in 2013 a year before retiring from racing.

1968 The French Grand Prix was held at Rouen-les-Essarts for the last time 50 years ago today. Reveling in the wet conditions, Ferrari’s Jacky Ickx scored his Formula 1 breakthrough victory but that was overshadowed by the death of Jo Schlesser who crashed an experimental Honda in the early laps. Ickx battled John Surtees and Pedro Rodríguez before pulling away as the rain grew worse. Rodríguez was delayed and Surtees finished second – the only person on the same lap as Ickx.

1974 The failure of the new Lotus 76 forced Colin Chapman’s team to press the four-year old Type 72 back into service. Ronnie Peterson used the aged machine to win three times, including the French Grand Prix at Dijon-Prenois. He passed Niki Lauda’s Ferrari after 16 laps and eased to victory by over 20 seconds. Driving the second Ferrari, Clay Regazzoni narrowly beat Jody Scheckter’s Tyrrell to finish third. 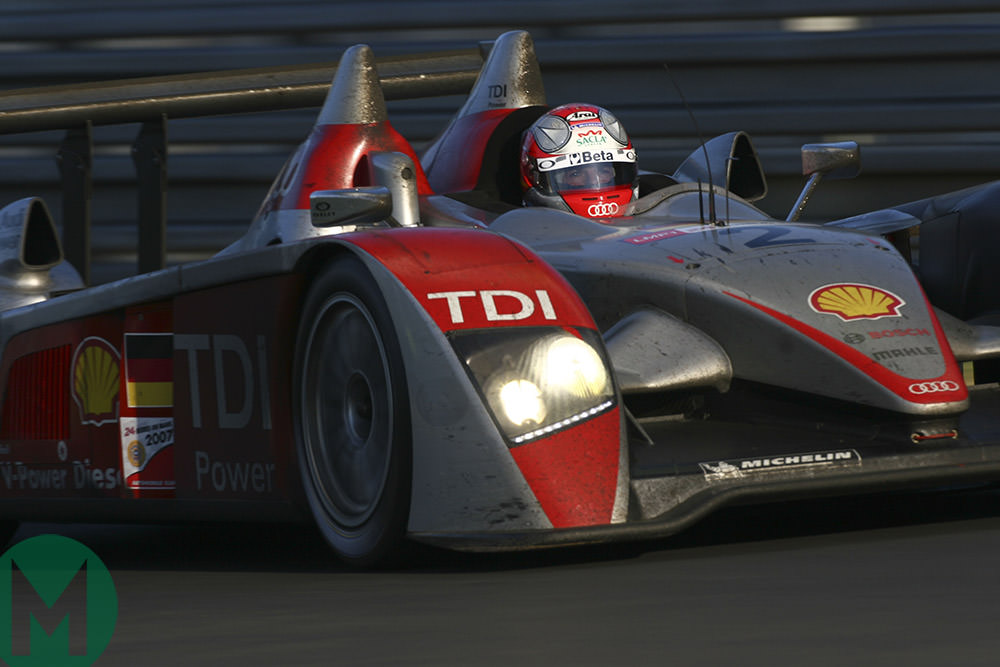 1962 Dan Gurney and Porsche won the French Grand Prix at Rouen-les-Essarts to record a first victory for driver and marque alike. Graham Hill had dominated for BRM but contact with a backmarker and subsequent problems with his fuel injection robbed him of victory. Jim Clark qualified on pole position and led before his suspension failed. Tony Maggs was a career-best second for Cooper and Richie Ginther finished third in the second BRM. There was a frightening incident after the finish when Trevor Taylor crashed into the slow-moving Maurice Trintignant, thankfully without injury.

1984 The 1984 Dallas Grand Prix was an exciting but somewhat shambolic affair with crumbling track surface and only seven finishers. Run in extreme heat, those conditions masked the poor handling of Keke Rosberg’s Williams FW09-Honda and he avoided the carnage to win by 22.464sec. Nigel Mansell qualified on pole position for the first time and led a train of cars for 35 laps. He lost the lead when he stopped for tyres and eventually collapsed having pushed his car to the finish. Both McLarens crashed; René Arnoux started from the back but came second and Piercarlo Ghinzani scored the only points of his career.

1990 Alain Prost beat Ivan Capelli’s Leyton House in France to score Ferrari’s 100th Grand Prix victory. It was Prost’s team-mate Nigel Mansell who claimed his first pole position for Ferrari but the Englishman was beaten away by the McLarens of Gerhard Berger and Ayrton Senna. All three made slow tyre stops so the Leyton House March-Judds of Capelli and Mauricio Gugelmin, non-qualifiers a fortnight ago, who ran 1-2. Gugelmin retired and Prost successfully chased Capelli to snatch victory with three laps to go. 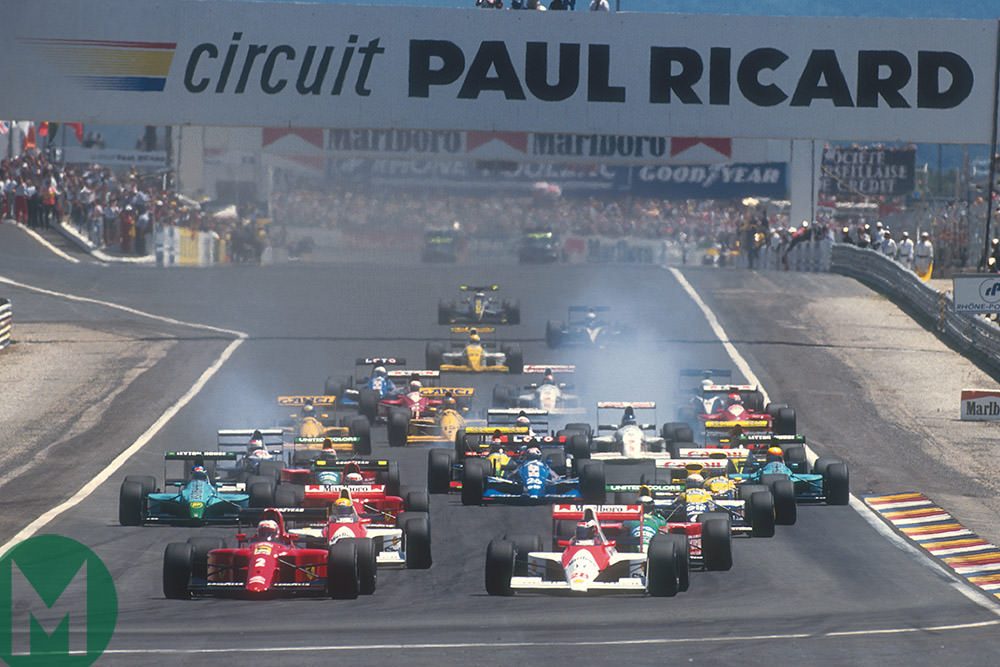 1989 Having started from pole position, Alain Prost won the French Grand Prix for the fourth time in 1989. The race was originally stopped after Mauricio Gugelmin rolled at the start but the Brazilian took the spare March to set the fastest lap of the restarted race. Nigel Mansell finished second having started from the pitlane. Jean Alesi, Martin Donnelly, Eric Bernard, Bertrand Gachot and Emanuele Pirro all made their debuts with Alesi particularly impressive, fourth for Tyrrell.

1946 French Grand Prix driver and 1973 Formula 2 Champion Jean-Pierre Jarier was born on this day in Paris. A veteran of 133 GP starts, he finished on the podium on three occasions but never quite converted glimpses of speed into victory. He qualified on pole position for the South American races at the start of 1975 but his Shadow broke down on both occasions. He deputised for the lamented Ronnie Peterson at the end of 1978 and claimed a third pole position in Canada. Another failure denied him when on course for victory once more. 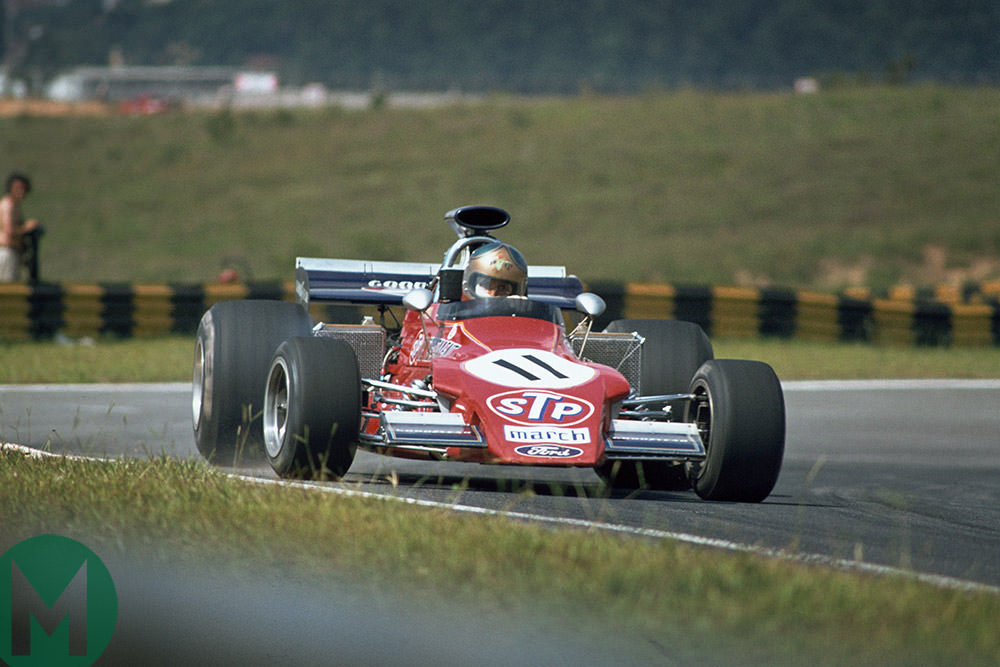 1926 The inaugural German Grand Prix was held on this day in 1926. With the current GP formula poorly supported, the AvD chose sports car rules and attracted an international entry of 46 cars. With over 200,000 spectators assembled at Berlin’s AVUS circuit, a young Rudolf Caracciola (Mercedes) recovered from stalling at the start to score the first major success of his career. Adolf Rosenberger led the race from the start in another Mercedes but crashed into a scoring hut at the North Kurve with the three occupants killed and his riding mechanic injured.

1971 Pedro Rodríguez was killed during an Interserie race at the Norisring in 1971. The Mexican had won two of the 55 Grands Prix he had started but it was in endurance racing that he truly excelled. Victory in the 1968 Le Mans 24 Hours was one of his 11 wins in the World Sportscar Championship. His handling of John Wyer’s Gulf Porsche 917K in the rain at Brands Hatch is the stuff of legend.

1999 The 1999 British Grand Prix was stopped when Michael Schumacher crashed and broke his leg on the opening lap at Silverstone. Mika Häkkinen lost the lead following a slow pitstop and it was McLaren team-mate David Coulthard who won. Ferrari’s Eddie Irvine was second after being delayed in the pits, just 1.829sec behind at the chequered flag. Ralf Schumacher was third for Williams with Jordan-Mugens fourth and fifth. 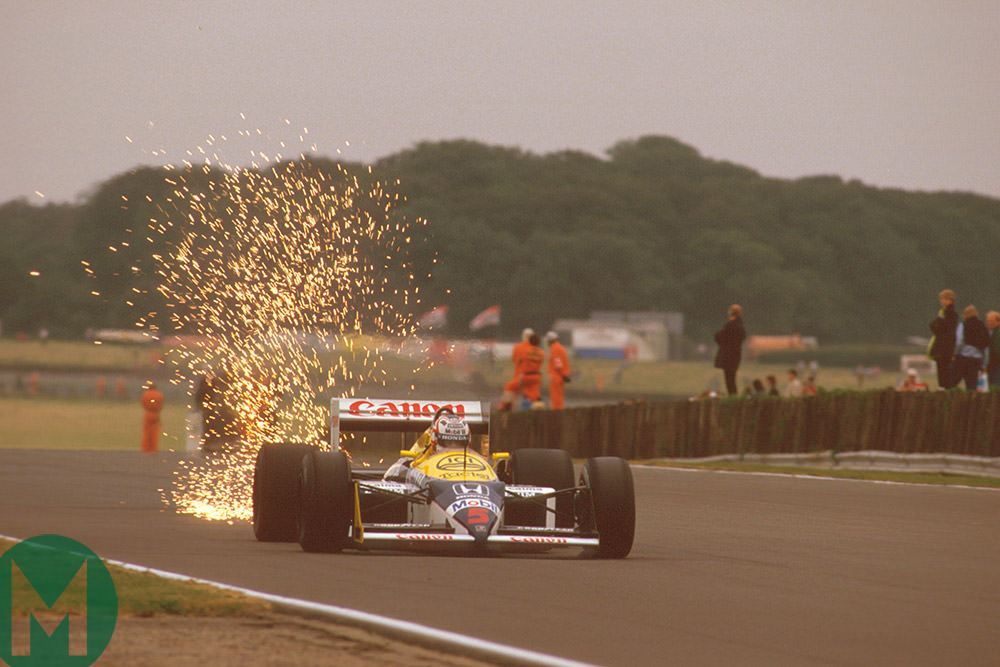 1987 Nigel Mansell passed Williams team-mate Nelson Piquet into Stowe corner to snatch a dramatic late British GP victory on this day in 1987. Piquet qualified on pole position and had led every lap so far. Mansell was almost half a minute behind when he exited the pits following a stop for tyres but his chase was relentless before that famous overtake two laps from the finish. The Lotuses of Ayrton Senna and Satoru Nakajima were lapped but finished third and fourth to complete a 1-2-3-4 for Honda engines.

1992 Nigel Mansell dominated the 1992 British Grand Prix and another home victory sparked a crowd invasion. He started from pole, led every lap and beat Williams team-mate Riccardo Patrese by 39.094sec. Ayrton Senna retired and Martin Brundle’s Benetton completed the podium finishers in third. His team-mate Michael Schumacher inherited fourth when Gerhard Berger’s engine expired on the run to the line. Damon Hill made his GP debut in an uncompetitive Brabham-Judd.