Max Verstappen became the first driver to win a grand prix on three successive weekends, and this one was the most comfortable of them all. The only time his Red Bull-Honda was vaguely challenged all weekend was in qualifying – by the McLaren of the over-achieving Lando Norris who qualified a brilliant second, less than half-a-tenth adrift of Verstappen. But on race day Verstappen simply ran off and hid.

Valtteri Bottas – who’d only passed Norris at the stops because the McLaren driver was taking a 5sec penalty for an earlier incident with Sergio Perez’s Red Bull – was a distant runner-up after Lewis Hamilton suffered a loss of aero performance from floor damage. Even after allowing Bottas by, Hamilton’s tyres were degrading so quickly that a second stop was needed, allowing Norris to take the final podium place.

The obvious points arising from the differences last week to this on the same track are:

How did Red Bull increase its advantage?

With further upgrades. In addition to the new diffuser introduced last week, this time Verstappen enjoyed the benefits of a reworked barge board which better fed the revised diffuser. The latticework around the barge boards was significantly different, giving an airflow more precisely suited to the new-spec diffuser. Perez this week was upgraded to the new diffuser but retained the old barge board. His car was therefore in Verstappen Styrian GP spec – but furthermore he is now beginning to go his own way on set up. He ran a little less wing than Verstappen and got his lap time in a slightly different way, but it was working for him as he qualified third, 0.27sec off Verstappen’s pole. Compared to fifth and 0.327sec off last week. 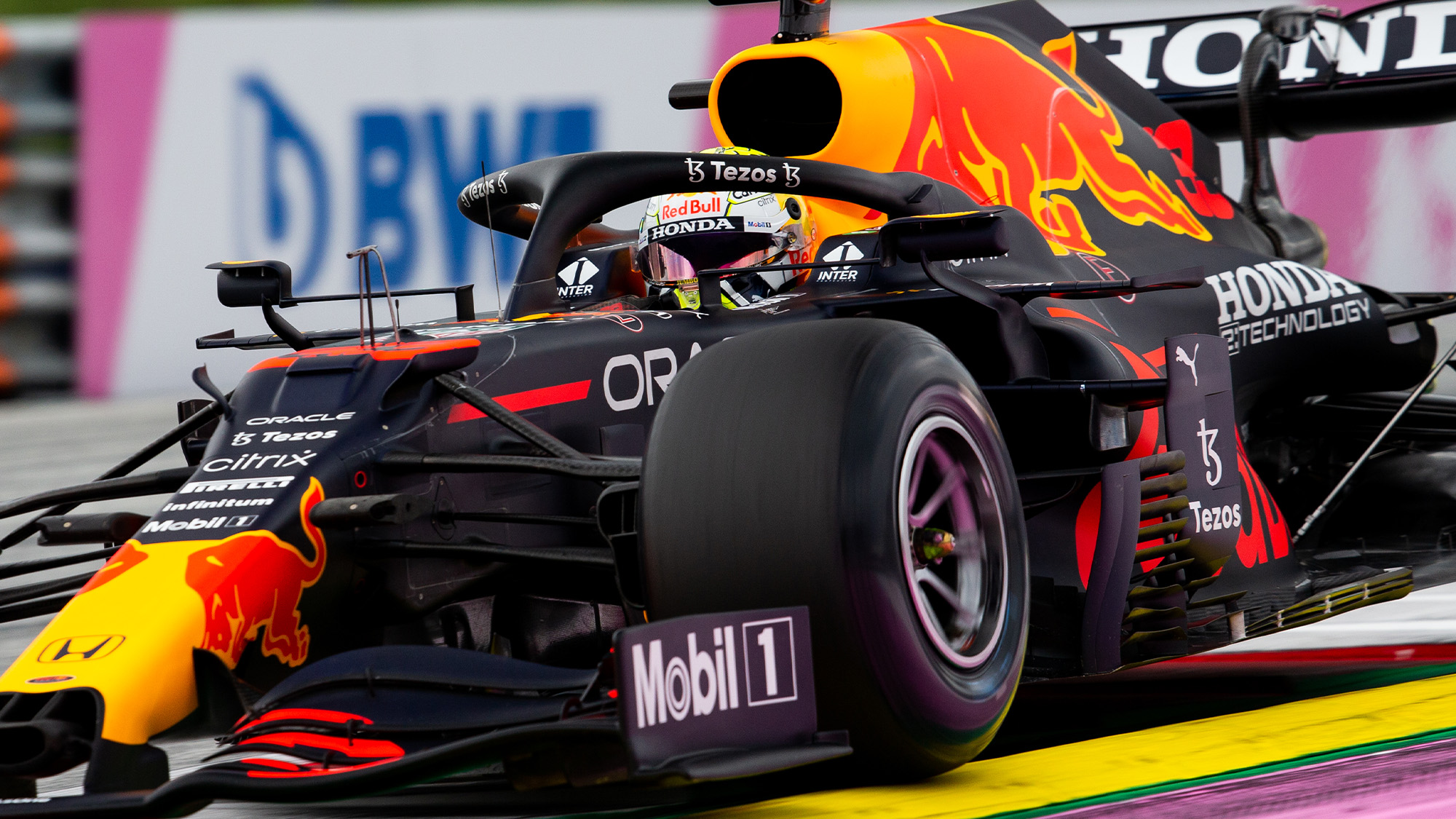 The Red Bull also responded better than the Mercedes to the use of the C5 as this week’s soft, as opposed to last week’s C4. In the cooler conditions of Friday the Merc looked quite happy on that tyre, but less so on the 51-deg C track temperature of Saturday. The C5 was not a good race tyre, way too soft for the demands of the track and degrading very quickly. So everyone was trying to avoid using it for the race as it would consign you to the slower two-stop. Ferrari was adamant it would rather risk not making Q3 than ruin its race strategy and so stayed with mediums in Q2 and didn’t get through. AlphaTauri and Aston Martin both placed a greater value on getting through to Q3 even if it meant using the soft. Ferrari turned out to be right, with Carlos Sainz and Charles Leclerc taking fifth (after Perez’s penalties for twice running Leclerc off the road) and eighth respectively. Pierre Gasly, best of the soft-starting two-stop runners, was ninth.

George Russell got a Williams through to Q3 – and did it, what’s more, on the medium. That was partly down to recent improvements in understanding the car, but a lot to do with Russell’s quite brilliant lap, which rivalled Norris’s as the best of the day. On race day he lost out on the final point after a great wheel-to-wheel scrap with Fernando Alonso’s Alpine. This battle of total commitment but the respect of racing room for the other guy showed how it should be done.

Mercedes, in contrast to Red Bull, had no new parts to try and attempted to squeeze more from its existing package just by some radical set-ups which were specific to this track. Hamilton tried them in the simulator during the week and found them promising. But as soon as he took that set-up into the real world on Friday FP1, it was found wanting. He reverted to the standard set-up from FP2 onwards.

Why is the McLaren suddenly faster than a Mercedes?

It’s not. It worked the C5 better. Which enabled Norris to nail a better lap. And the DRS effect here is massive because the three DRS zones compromise over 30% of the track. The McLaren has a rear wing which maximises the DRS stall, but probably at the expense of some efficiency when not in DRS mode.

Not much was the same about the back-to-back races in Austria, but Max Verstappen’s dominance was certainly one of them. Softer tyre compounds and an extra weekend’s worth of data…

So, yes it’s an improving car but it was at the track which should most flatter it – and it was driven brilliantly by the acrobatic Norris who was taking outrageous liberties in qualifying and making them work. Daniel Ricciardo continues to struggle with it though, 0.3sec slower in qualifying and over half-a-minute behind in the race, though the latter stat is not a fair comparison because it includes a long stint stuck behind the tyre-degrading two-stoppers. He finished seventh, passed on the last lap by the Ferrari of Sainz who drove well on an inverted tyre strategy (hards/mediums, not the more common mediums/hards). Sainz effectively made up two places with that move because the 10sec penalty of Perez – who was fifth across the line – put him behind Sainz but still ahead of Ricciardo.

Is this the new normal?

The Red Bull Ring saw the Red Bull at its most dominant. Silverstone is a Mercedes stronghold historically – and there are some new parts coming. If the Red Bull is faster there regardless, then yes we can consider this the new normal.