Pierre Gasly is the latest victim of Red Bull’s ruthless approach to performance. We look at the drivers dropped by it, and sister-team Toro Rosso 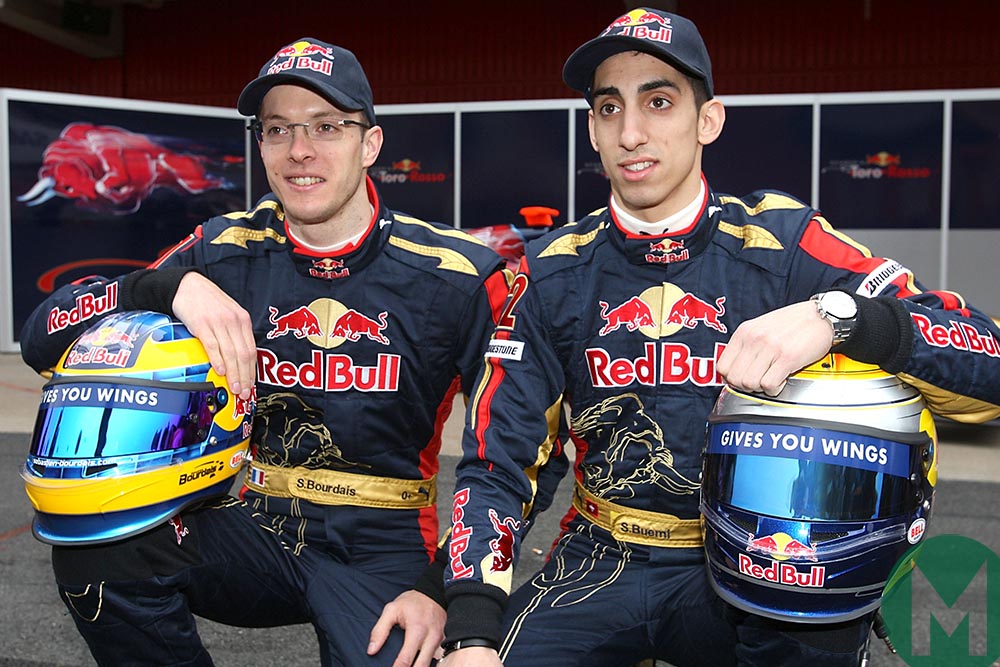 Pierre Gasly’s demotion to Toro Rosso comes as no surprise to anyone in the Formula 1 paddock, which has seen a string of underperforming members of the Red Bull driver programme dropped unceremoniously.

The ladder to a Red Bull seat, via the Toro Rosso sister team, is notoriously precarious, sending the careers of multiple drivers crashing to the ground.

Below, we look at some of the hopefuls who – for varying reasons – didn’t perform to the expectations of Christian Horner, the team principal, and Helmut Marko, the head of Red Bull’s driver development programme. 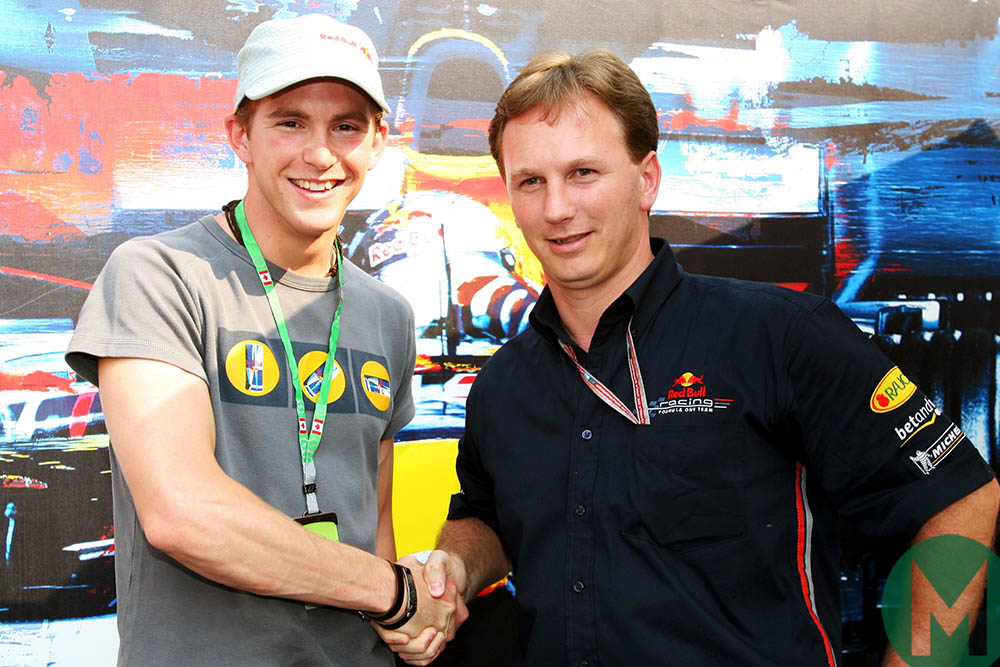 Scott Speed was the first American to race in the sport since Michael Andretti in 1993, when himself and Vitantonio Liuzzi were named as Toro Rosso drivers for the team’s 2006 debut season.

A winner of the Red Bull Driver Search programme in 2003, Speed failed to live up to his potential – and name – as he was unable to score a point in 28 races in the sport, finishing with a best result of ninth place on two occasions.

By July 2007, he became the first victim of a Red Bull mid-season driver change and was given his marching orders in favour of the rising Sebastian Vettel, who went on to achieve the team’s then best result, with a fourth-place finish at China later that year.

In the years since his departure, Speed has achieved success in the NASCAR Craftsman Truck Series, as well as achieving a podium in Miami during a four-race stint in Formula E in 2014-15. He also attempted to take part in the 2011 Indianapolis 500, but failed to qualify before he decided the sport was too dangerous to compete in following the death of his friend, Dan Wheldon, later in the season. 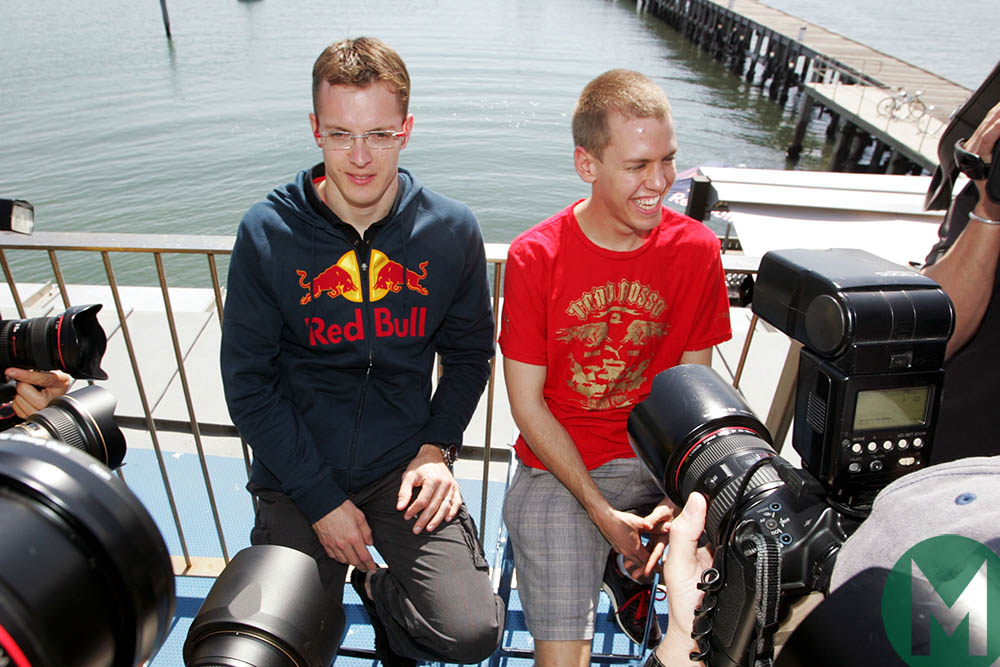 Only one of these team-mates would go on to F1 glory Photo: Motorsport Images

After just 27 races, Bourdais’ time in F1 came to an end midway through the 2009 season, when he was replaced by youngster Jaime Alguersuari at Toro Rosso. The Frenchman started his career at the pinnacle of motorsport impressively, finishing seventh at the 2008 Australian Grand Prix, despite an engine problem forcing him to retire with just three laps to go when running fourth. Yet just one more points finish followed in the remainder of the season, as bad luck caused him to miss out on podiums in both Spa and Monza, the latter the scene of victory for team-mate Vettel – Toro Rosso’s first and only ever F1 victory.

Another two points finishes in 2009 weren’t enough though to keep his seat, as an already four-time Champ Car Series Champion Bourdais was dropped from his seat mid-season. Yet his career since has been anything but as damning, as six wins, three poles and 13 podiums make him as one of the best IndyCar drivers this decade. His latest win at the 2018 St Petersburg Grand Prix shows the speed is still there for a driver who was arguably dropped before he was able to demonstrate his talent. 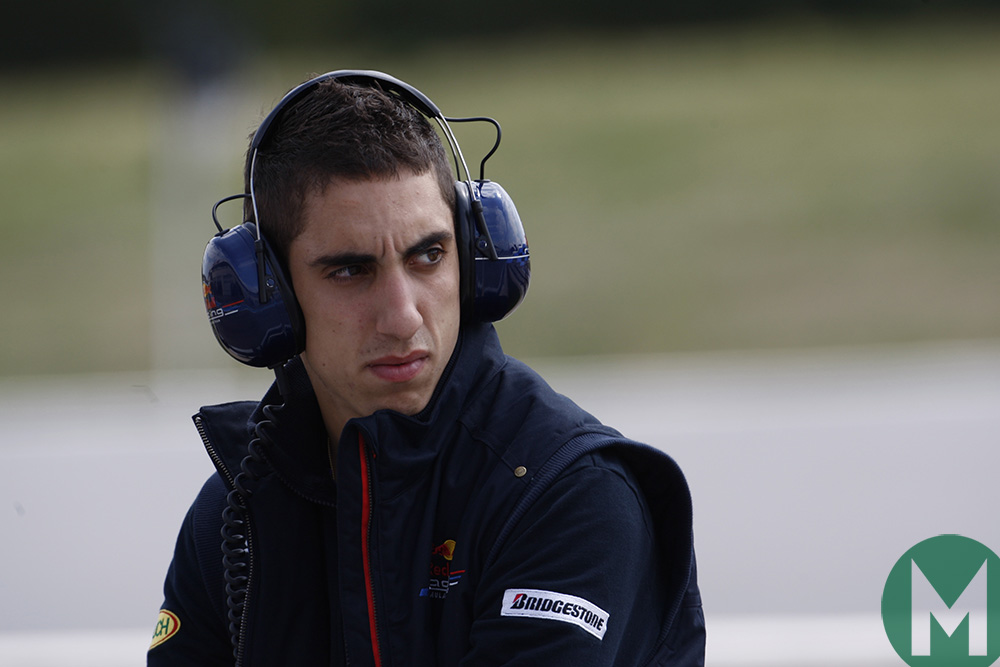 Swiss driver Buemi was just 20 years old when he took over Sebastian Vettel’s vacant Toro Rosso seat in 2009. The young driver finished his first season in the sport as best rookie with six points, beating the likes of Adrian Sutil and Kazuki Nakajima’s Force India and Williams in far slower machinery.

He remained at the junior team for a further two seasons, but failed to impress Red Bull bosses despite generally having the measure of team-mates Bourdais and Alguersuari during his time in the sport, as well as leading the Canadian GP in 2010. However, he and his Spanish counterpart were replaced by Daniel Ricciardo and Jean-Eric Vergne ahead of the 2012 campaign. Buemi became test and reserve driver for the next three years before he departed for the new Formula E series in 2014.

Buemi is arguably the most successful driver in the short history of Formula Es, with one championship in 2015-2016, as well as more wins, poles and fastest laps than anybody else. He is also the reigning WEC champion after back-to-back titles in 2018 and 2019 with Toyota, during which he competed alongside Fernando Alonso in a successful Le Mans double. 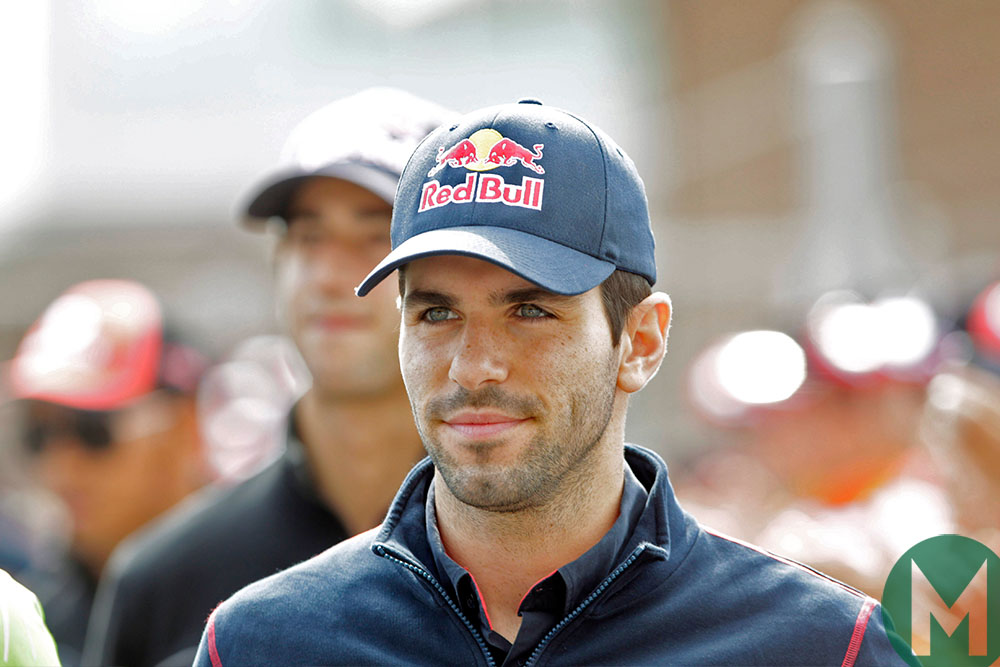 The driver from Barcelona was less than two weeks into his new role as Red Bull and Toro Rosso reserve driver, when he was announced as Sebastian Bourdais’ replacement at the 2009 Hungarian Grand Prix. Alguersuari became, at the time, the youngest driver ever to compete in Formula One at 19 years and 125 days old, breaking a near 30-year record set by Mike Thackwell in 1980.

His two-and-a-half years in the sport yielded just 31 points, as he often struggled for pace in qualifying, and this led to him achieving a best finish of seventh place, which he did at the 2011 Italian Grand Prix.

After finishing his time at the Italian outfit at the end the year, Alguersuari eventually ended up at Formula E for the 2014-15 season, achieving a best finish of fourth at the 2015 Buenos Aires ePrix as he ended up 13th in the series’ inaugural championship. Yet by October 2015, Alguersuari retired from all forms of motor racing in order to focus on his DJ career. 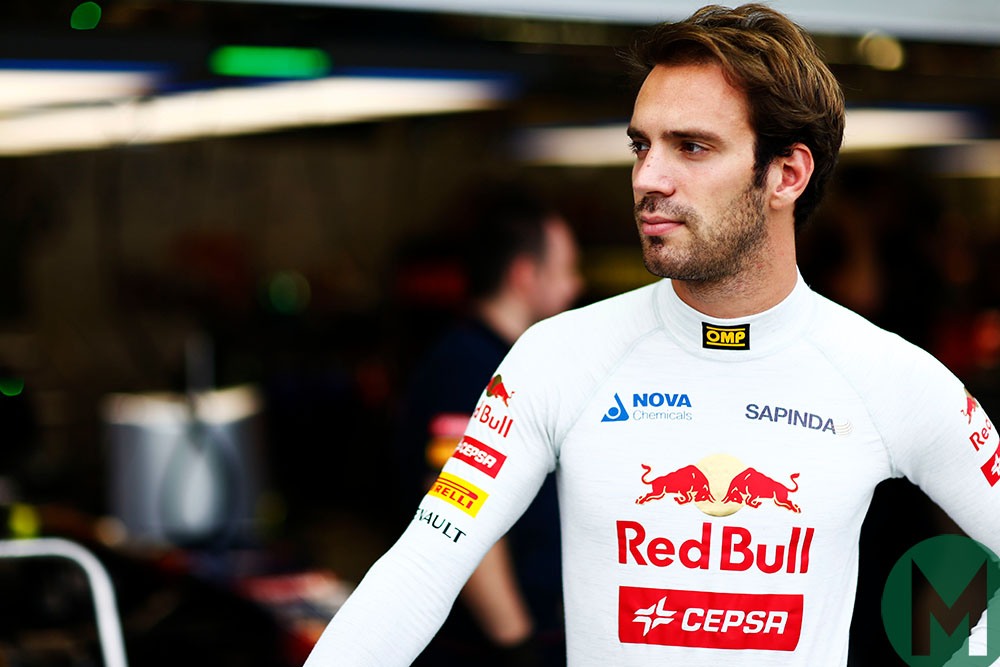 The decision to promote Daniil Kvyat to Red Bull in 2014 seems more significant now: if the more-experienced Vergne had been chosen over his Russian Toro Rosso team-mate, then a series of driver changes at the team may never have taken place.

A number of points finishes during his three-year tenure at the team, including a career-best sixth-place in Canada 2013, wasn’t enough for either Red Bull to promote him in the two opportunities they had to do so, or keep him for 2015 either. Seeing Daniel Ricciardo and Kvyat chosen ahead of him, effectively ended the F1 career of the Frenchman, who hasn’t returned to the sport since his departure at the end of 2014.

His decision to join Formula E, weeks after his final Grand Prix, has put Vergne back into the spotlight once again, though. He has won the last two championships in 2017-18 and 2018-19, as well as achieving eight wins, 19 podiums and nine pole positions. And he may yet return to Red Bull: rumours linking him to the side and the sister team persist. 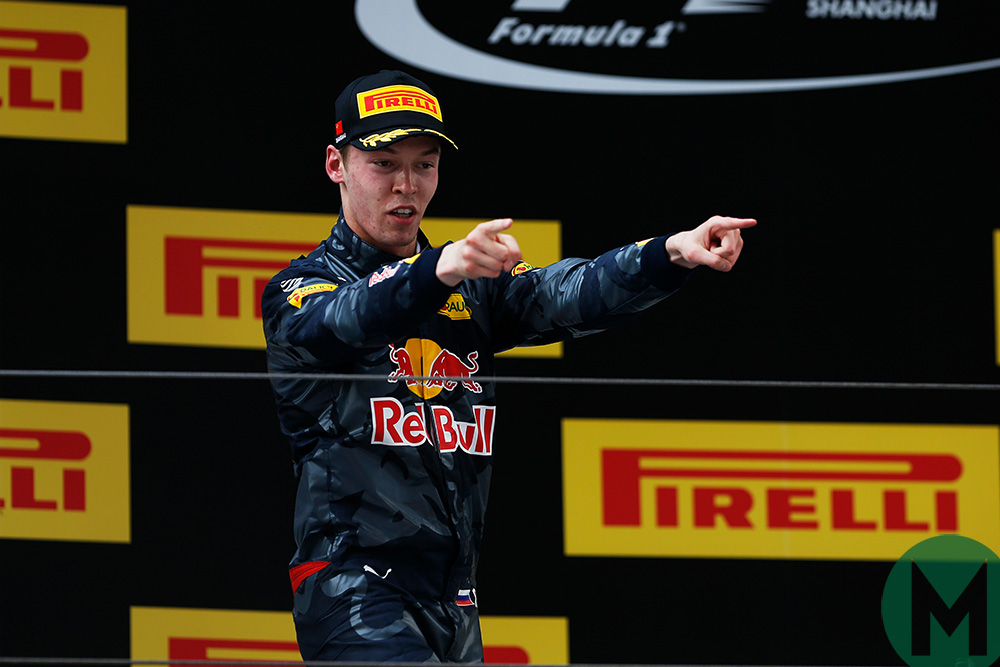 His 2016 season of peril seems like a long time ago, with his lacklustre performances consigned to the past. His pace was shown in Germany last month with a podium and many expected him to complete his recovery by replacing Gasly.

With Albon’s promotion to Red Bull now the way forward, how Kvyat approaches the second half of the year could really foreshadow how the rest of his careers pans out. If Albon trails Verstappen as Gasly did, could this be another blessing in disguise for the still improving Kvyat? 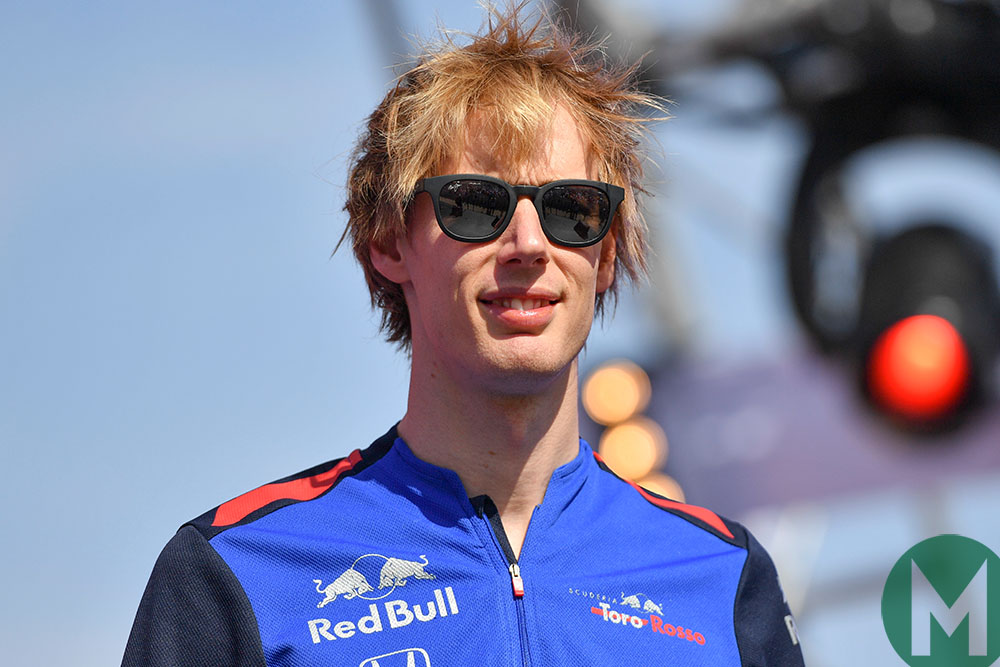 First part of the Red Bull junior programme in 2008, Hartley had to wait his chance to be given his opportunity in the Red Bull family. Nine years, in fact. His various testing roles up until 2010 failed to secure him race seat, as he was overlooked in favour of drivers including Carlos Sainz.

But the decision of Toro Rosso to drop Kvyat for the remainder of 2017 after the US Grand Prix ensured Hartley was another to benefit from a Red Bull mid-season driver change. In fact, he was given the full 2018 season to finally showcase his talents. But the Kiwi was ultimately outpaced in qualifying and in the races by Pierre Gasly, leaving him with just four points compared to his team-mate’s 29.

Already a two-time WEC champion in 2015 and 2017, and Le Mans winner, Hartley remains in F1 as a Ferrari development driver. He has returned to endurance racing with Toyota and also has an opportunity in Formula E for the 2019-20 season, competing for the Geox Dragon Racing team.