There was no Paul Ricard respite as the French Grand Prix last weekend provided another thrilling race – will we see the same in Styria with thunderstorms forecast?

The last wet race this season was at Imola, with Mercedes struggling to turn on its tyres and Max Verstappen proving the difference – those who impressed at the Autodromo could be ones to watch in Austria, those who faltered the ones to swerve.

Verstappen now has the lead in the drivers’ championship and also is top of the F1 Fantasy standings. Though Lewis Hamilton’s price continues to go down, he still remains the most expensive driver to buy.

Who’s a shoo-in and who’s best to give a wide berth to? Read on for the best picks for your Styrian GP Fantasy F1 team.

Calm before the storm: post-practice analysis 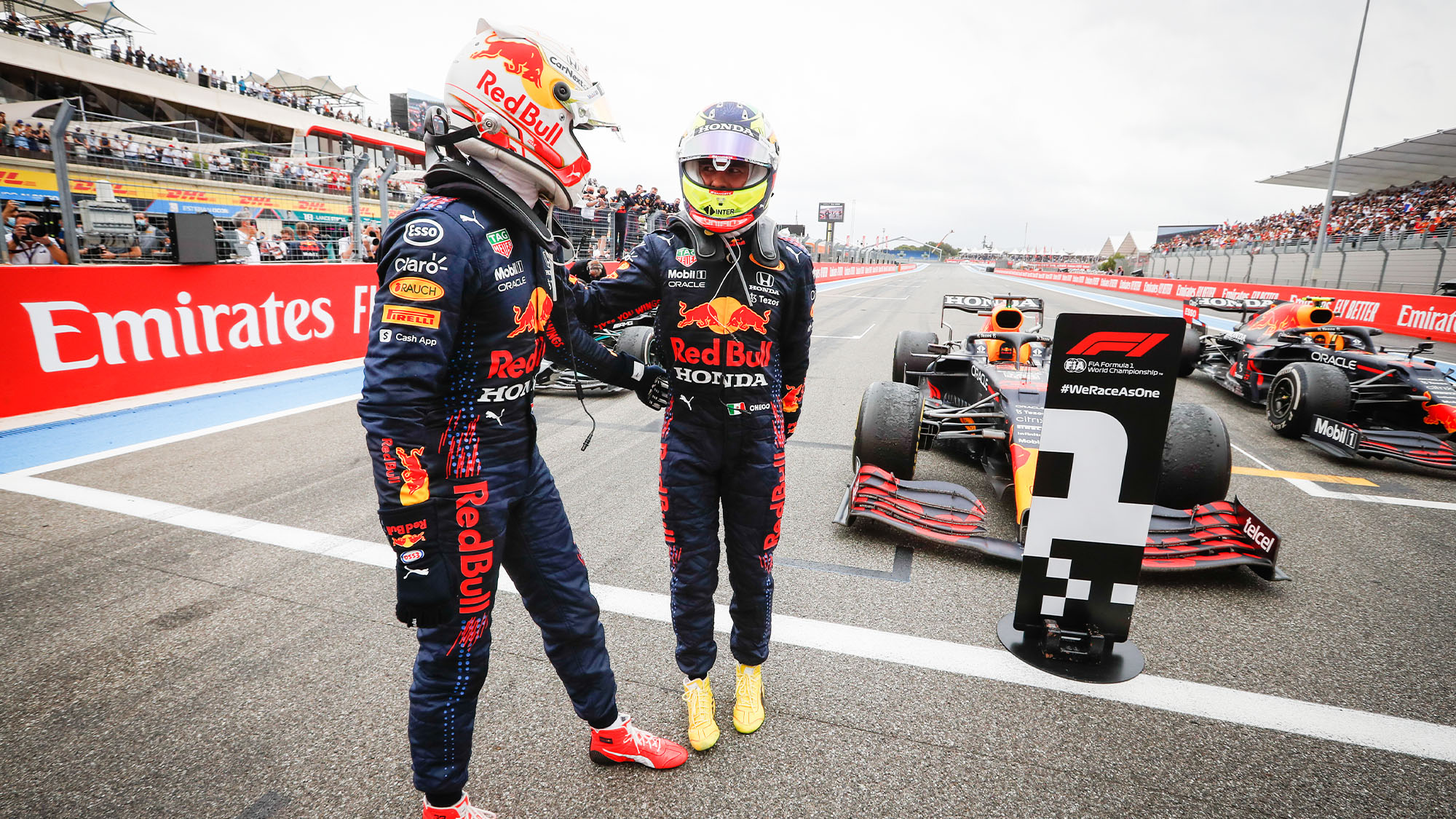 The Red Bull boys arm in arm, potentially bringing home the points for you this weekend

Whilst the rain held off in practice today at the Red Bull Ring, Max Verstappen remained in imperious form. Cheaper than Hamilton and relentless on track, it makes complete sense to install him as your number one pick.

Pole and a win in France, and now topping both timesheets in Styrian practice, Verstappen is highly likely to pull in big points.

His team-mate could be a safe selection in Styria. After five races, Sergio Perez has come into fine form For Red Bull with a win in Baku and third in Paul Ricard. He’s eligible to be your Turbo Driver, thus doubling his points.

However, a potential Perez spanner in the works might be the rain forecast in Austria. The Mexican had several off-track gaffes at a damp Imola, and also crashed in the wet at Hockenheim in 2019. However, he did make his name at monsooned Malaysia with an incredible run to second in 2012. He gets the thumbs up for selection from Motor Sport.

Another strong potential pick is Lando Norris. The young McLaren charger has finished his last twelve faces in the points. Apart from an eighth in Spain, Norris hasn’t finished lower than fifth in seven races and has two podiums to boot. 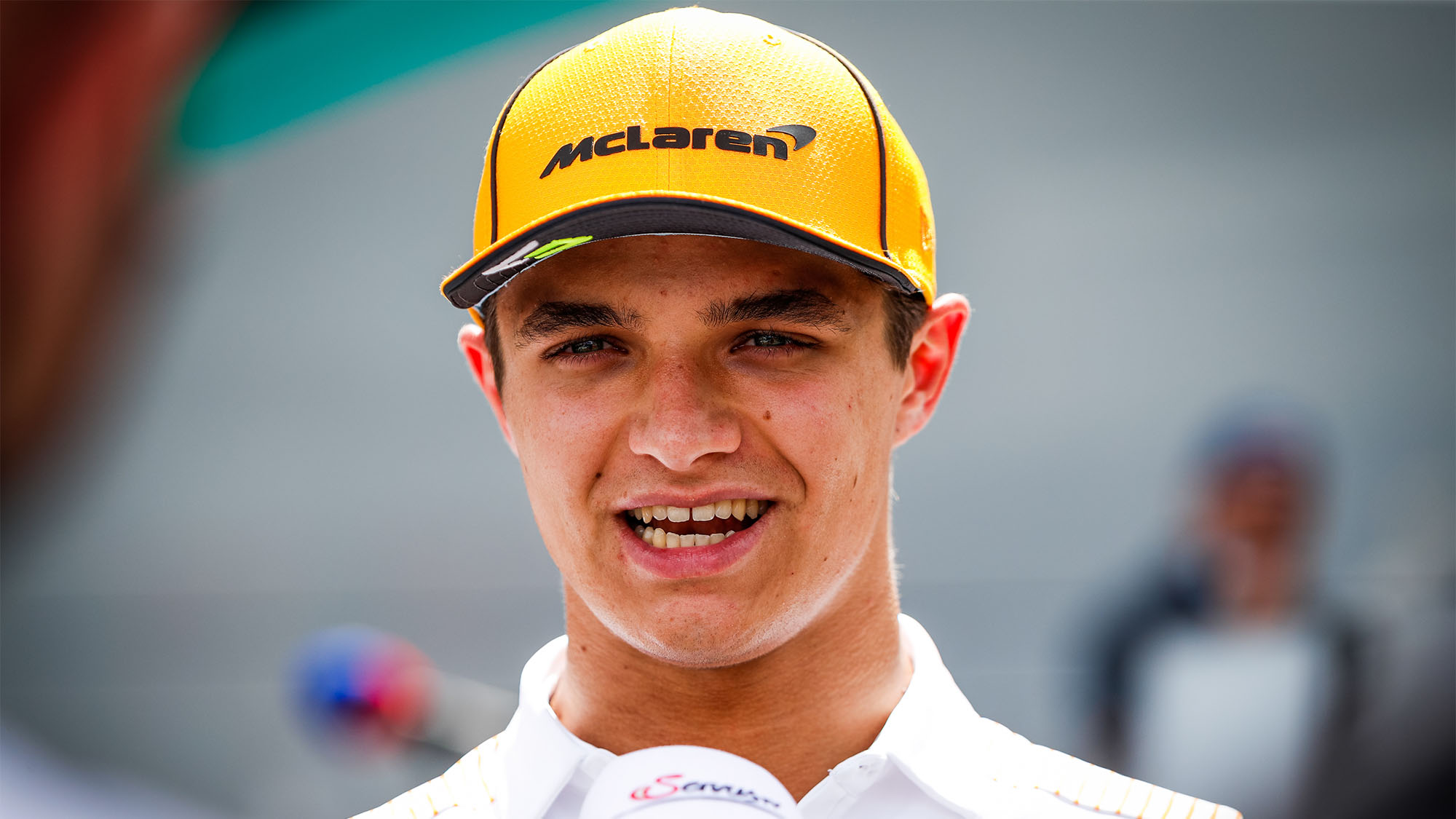 Lando Norris prepares to eat up the points in Styria

It would therefore make sense to install the Bristol Flyer in your Fantasy Team and also potentially nominate him as your Turbo Driver. It’s a tough choice between Norris and Perez for TD nomination.

Pierre Gasly – who is cheap at $11.8m – set second-fastest time in Styria GP FP1 in another example of his recent strong pace. Although he sat out FP2 with a reliability issue, the AlphaTauri has been generally rock solid.

If ‘Gasman’ isn’t in your team, now might well be the time.

Fernando Alonso might be another to make your selection. It seems the Spaniard is coming good after getting his feet under the table at Alpine, with a sixth and an eighth in his last two races.

However, Alonso does cost $14.8m. His team-mate Esteban Ocon, who will set you back only $10.4m, has scored points on more occasions but has looked a little out of sorts recently. Worth the risk? 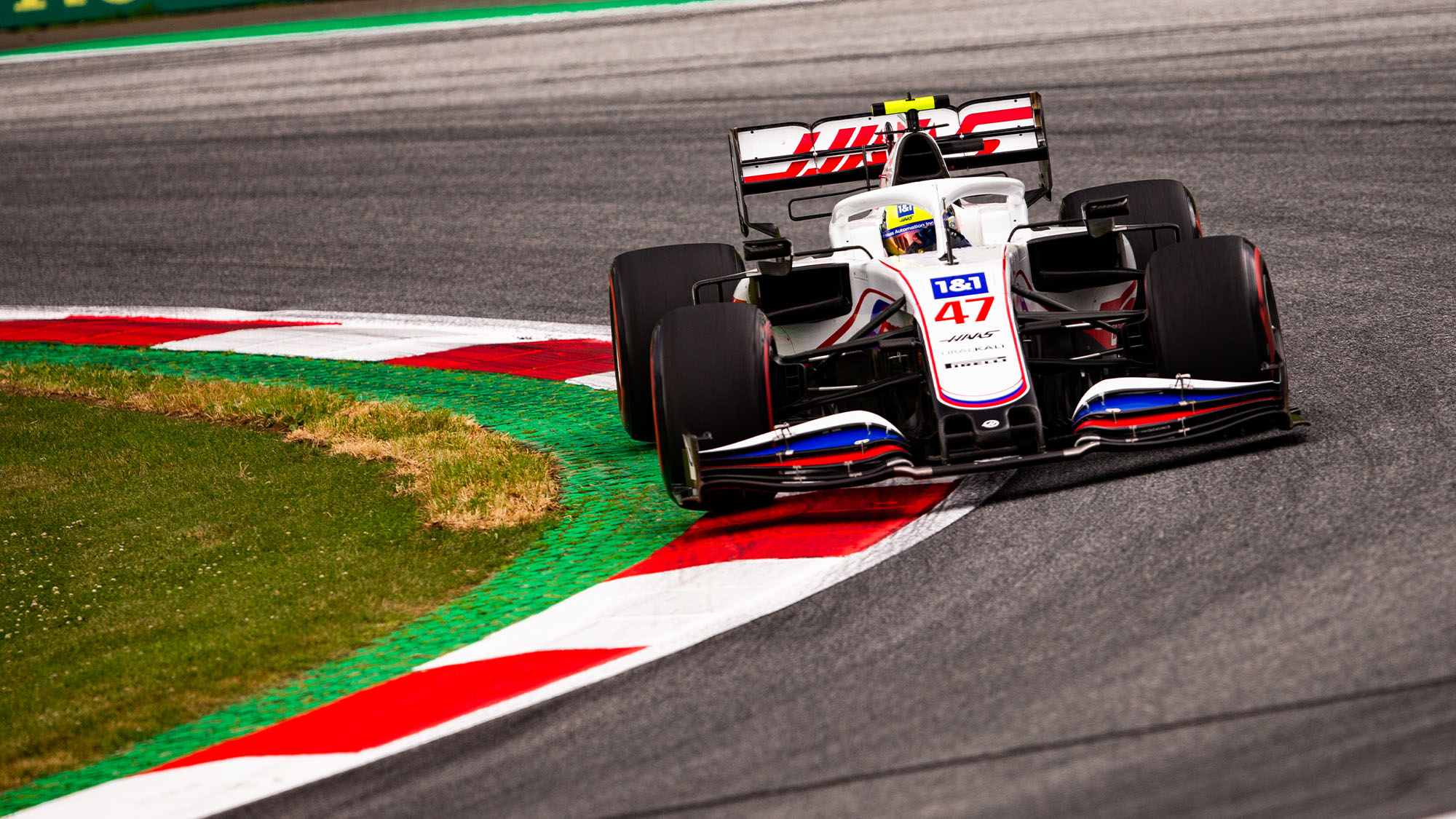 A rogue pick for this weekend could be Mick Schumacher. The Haas driver has put in consistently strong performances, culminating in a Q2 qualifying position in France. He did crash out to inadvertently secure said Q2 place in all fairness, but his return in Fantasy scoring has been strong. Schumacher currently has 59 points to his name – more than George Russell, Esteban Ocon, Kimi Räikkönen and Lance Stroll, despite driving a far worse car.

Valued at just $5.8m, it could make sense to buy Schumacher to free up funds elsewhere.

Valtteri Bottas rallied slightly from a 12th-placed finish in Baku to take fourth in France. At one point he was running with Verstappen and Hamilton, but he eventually faded and fell into the clutches of Perez. A spin in the pitlane accompanied a 12th-fastest time in practice. No signs of great glory here.

Yuki Tsunoda looks as accident-prone as ever. He impressed in first practice, but who’s to say the AlphaTauri man won’t biff off his front wing on a competitor at the first corner? Avoid!

Daniel Ricciardo appeared stronger in Styrian practice than on earlier rounds this year, and he finished sixth in Paul Ricard last time out.

However, Riccardo commands a hefty sum for what he brings to the table in terms of points – at $15.9m, he probably just isn’t worth it, even if he has a decent weekend in Austria.

Sebastian Vettel has had a slight resurgence in form recently with three consecutive points scores, but at $15.1m, do you really want to splash out?

Cheaper assets such as Carlos Sainz, Norris and Gasly have all scored more Fantasy points.

The most valuable teams in the game are now worth more than $110 — a 10% increase on the starting fund — but it’s never too late to take advantage of the continuous price changes to increase your available cash through trading.

McLaren and Lando Norris’s constant points-scoring means the team has gone up by $0.2m. Selling McLaren would be big decision to make, as the Woking squad is currently third in the title race, plus its potential rivals, Ferrari, Alpine, AlphaTauri and Aston Martin, all have far greater fluctuations in form. 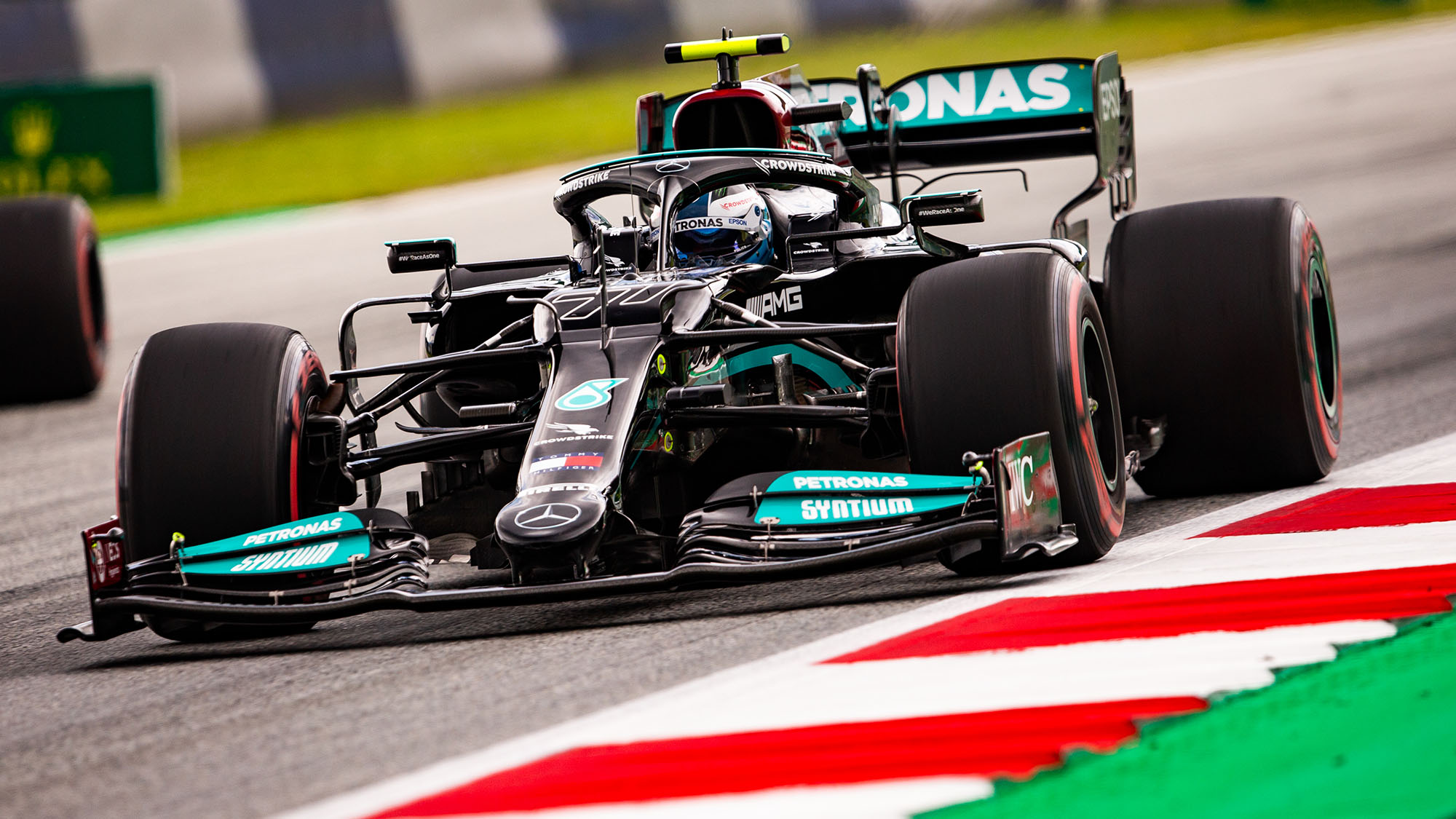 Bottas is on the slide – best to avoid, or cash out now if you own him

The same goes for its starman Norris. His price has increased by $0.9m this season. Cash out, or keep the prize points hauler in?

With Hamilton currently going down in price, it could be a canny time to invest in the hope of his stock rising again.

However, so huge is the chunk of budget the seven-time champion would take up, it might be to the detriment of your other points scorers.