It’s the final chance to make up places in your F1 Fantasy leagues before the summer break with the Hungarian Grand Prix weekend marking the halfway point in the season.

The demands of the Hungaroring reward those who can extract the maximum downforce without losing down the straights, putting Red Bull in a strong position against Mercedes for victory.

If Max Verstappen is favourite, who should you be pairing with the Dutchman in your team?

McLaren and Ferrari are safe bets as best of the rest but there are a few potential left-field options for you to consider and a few drivers you’ll want to avoid for this weekend.

Here are a few considerations to make ahead of the 2021 Hungarian Grand Prix for your F1 Fantasy line-ups.

Having out-performed his team-mate in qualifying across the majority of races this season and at the last round, Antonio Giovinazzi has risen by 0.1m to 8.1m since the British GP weekend.

Fernando Alonso is the only other price-riser since the British Grand Prix weekend, moving up to 14.9m in value.

Meanwhile, Alpine team-mate Esteban Ocon has not found anything like the form of Alonso and has dropped in value by 0.1m following his P10 finish in the British Grand Prix. The Frenchman is now valued at 10m

Despite the double-podium finish, Mercedes has also fallen in value by 0.1m ahead of Hungary to 37.1m. 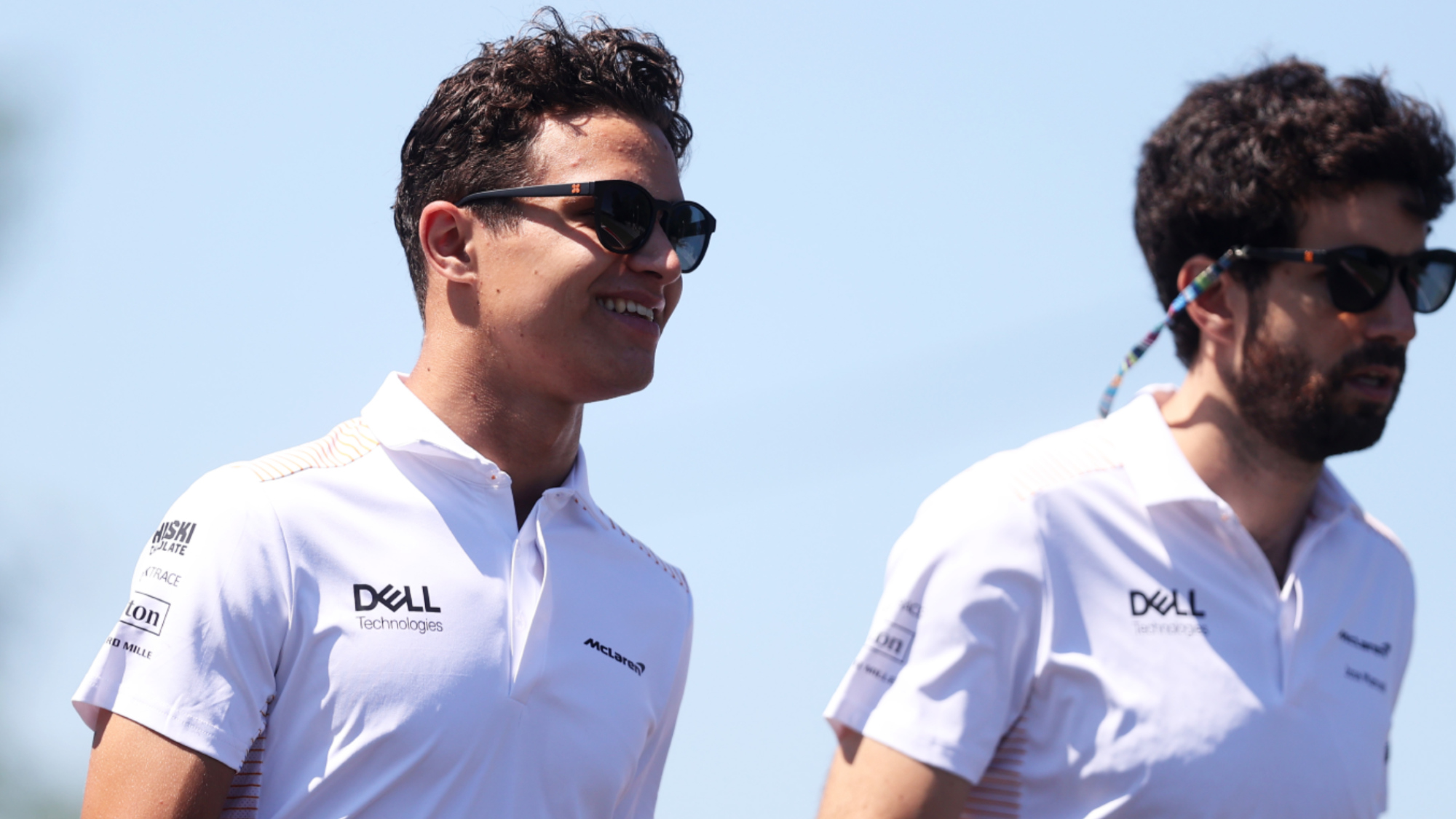 Lando Norris should have had a podium at Silverstone

Slowed by a sticky wheel at his pit stop, Lando Norris would not be denied a strong result on home soil and could have stood on the podium without the delay. While the McLaren driver ultimately lost out, he kept in touch with the Mercedes of Bottas ahead during the final stint of the race and is in a good position to maintain his form this weekend.

The downforce-dominant Hungaroring will require teams to set up with more wing than some might ideally want to run. It puts Red Bull in a prime position with its RB16B proving to be very quick with its high-rake philosophy finally paying dividends. Verstappen and Sergio Perez could pop up with pole on the Saturday and follow up with victory on Sunday.

Fernando Alonso didn’t hit the ground running on his F1 return but the two-time champion has found form approaching the summer break. With five consecutive points-scoring finishes, he is looking like a strong candidate to do well around the Hungaroring and should be a useful midfield pick to include.

Kimi Räikkönen will be giving up his seat in FP1 to Alfa Romeo test and reserve driver Robert Kubica. Discounting the Silverstone Sprint Qualifying race, the 2007 world champion has failed to out-qualify team-mate Giovinazzi since the Azerbaijan Grand Prix. With an hour less track time than the Italian this weekend, that trend looks set to continue in Hungary.

Likewise, Esteban Ocon just can’t quite keep up with the form of team-mate Alonso. Following the announcement of the Frenchman’s contract extension with the team, he has failed to finish ahead of the Spaniard on Sundays. As far as Alpine assets go, Ocon is probably the weakest of the three options.

Sebastian Vettel’s last points finish came back at the French Grand Prix. Since the race at Paul Ricard, team-mate Lance Stroll has out-scored and finished ahead of Vettel at each race. Aston Martin’s experienced hand is not the driver in form at the British team heading into the summer break.

This is also the final weekend you can play your Mega Driver chip for the first half of the season. If you haven’t already, using the chip on one of the front runners is definitely the move to make for the Hungarian Grand Prix, but wait until after practice to gauge who gets the nod and chip for the race.