Do you dare opt against a Mercedes whitewash?

Valtteri Bottas set the pace on Friday, topping both practice sessions ahead of team-mate Lewis Hamilton as the rest were left chasing the pace set by the reigning constructors’ champions.

Closest challenger Max Verstappen already had a three-place grid penalty to contend with but the team has confirmed that he’ll be starting from the back after opting to take a fresh power unit this weekend.

Likewise, Charles Leclerc is now running the latest-spec Ferrari engine so will be starting at the rear due to penalties, so who should you bring in for the weekend and F1 Fantasy?

Here are some ideas to keep in mind ahead of the Saturday deadline for the 2021 Russian Grand Prix.

The form driver on the grid, Valtteri Bottas is the biggest price-riser in the weeks between the Italian and Russian Grands Prix, going up by 0.2m in value. The Finn has topped both practice sessions so far this weekend and is a valuable asset this weekend.

Fresh from his first win with McLaren, Daniel Ricciardo has gone up in 0.1m while George Russell is the only other driver to go up in value between races. McLaren has also risen by 0.1m.

Disappointment for Alpine in Italy means Fernando Alonso has dropped in value by 0.1m between Monza and Sochi but he’s not the only one to suffer a price dip.

Carlos Sainz and Sergio Perez have both depreciated by 0.1m since the last race weekend, though neither is contending with a grid penalty like their respective team-mates.

Mercedes looked to have the measure of the rest of the field in Friday practice so Red Bull has also suffered a dip in value by 0.1m. 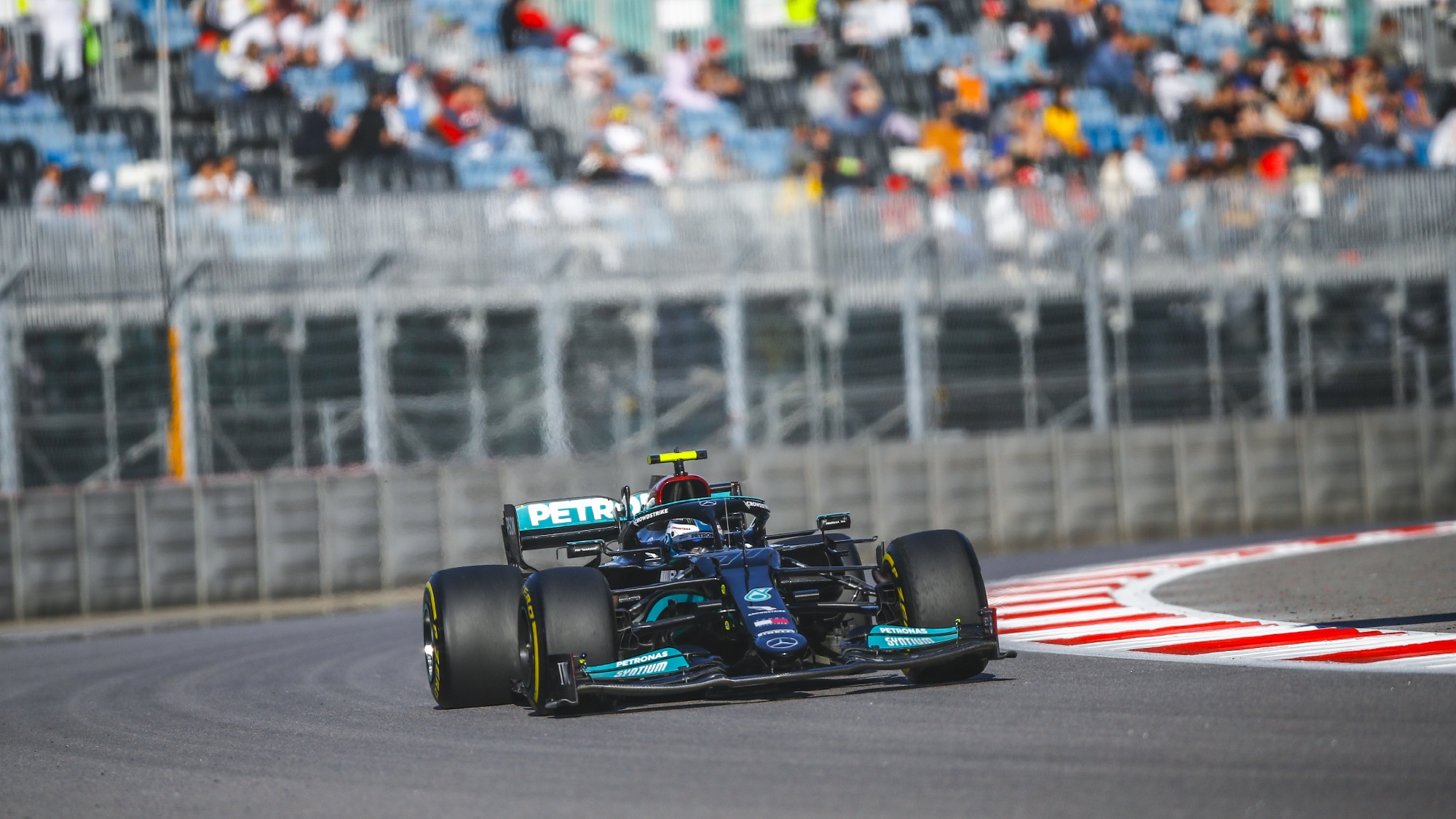 Bottas was fastest on Friday, setting up a strong weekend for the Finn

If you’re looking to splash some cash, Mercedes might not be a bad call this weekend if you can afford the staggering 37.1m for the team. The alternative is to select both drivers: Bottas and Lewis Hamilton look to be a solid investment.

The Finn has dominated Friday practice but said on Thursday he is prepared for team orders to play a part in the race, should he be in the lead of the race on Sunday afternoon.

Hamilton is in good shape just a fraction down on his team-mate’s FP2 effort and with title rival Verstappen starting at the back, Mercedes will look to maximise his result this weekend.

As per usual, Lando Norris and Pierre Gasly have led the way so far over their team-mates. Despite Ricciardo’s victory in Monza, Norris has been the stronger prospect of the McLaren team-mates all season long while Gasly has comfortably had the measure of Yuki Tsunoda in Russia.

With team-mate Leclerc set for a grid drop following qualifying, Carlos Sainz will be fighting the McLaren duo at the sharp end though the Spaniard won’t have the advantage of a fresh power unit doing so. He could still spring a surprise performance on Sunday so may be worth a punt at 14.4m

Mick Schumacher and Charles Leclerc are the driver duo closest to a price drop ahead of qualifying. If funds are tight, picking one or both of these two could be painful if either takes a final dip before qualifying, especially if you’re trying to squeeze in other top-line assets.

Robert Kubica is still in the game so if you’ve missed the news, Kimi Räikkönen is back in action this weekend, the Polish driver will not score whatsoever.