They came, they saw, some F1 cars crashed – it was like fans had never been away at this year’s British Grand Prix, and there was plenty for the F1 faithful to get their teeth into.

Did Sebastian Vettel have to pick up discarded Lewis Hamilton Union Jack flags as penance? Did Sergio Perez take all the necessary precautions before he left the pits? Would Ted Kravitz’s superstition really pay dividends?

Read below for who’s going up and what’s going down in our Blighty barometer.

Silverstone fans are back

There might have been the slight feeling of the British GP fans being used as guinea pigs as the Silverstone race was declared a ‘test event’ for lifting of Covid-19 restrictions, but not many of Blighty’s F1 faithful seemed to mind.

After roaring Lewis on to the momentous fightback win, many were then there to congratulate Lando Norris at the post-race show – the sheer joy is almost palpable. 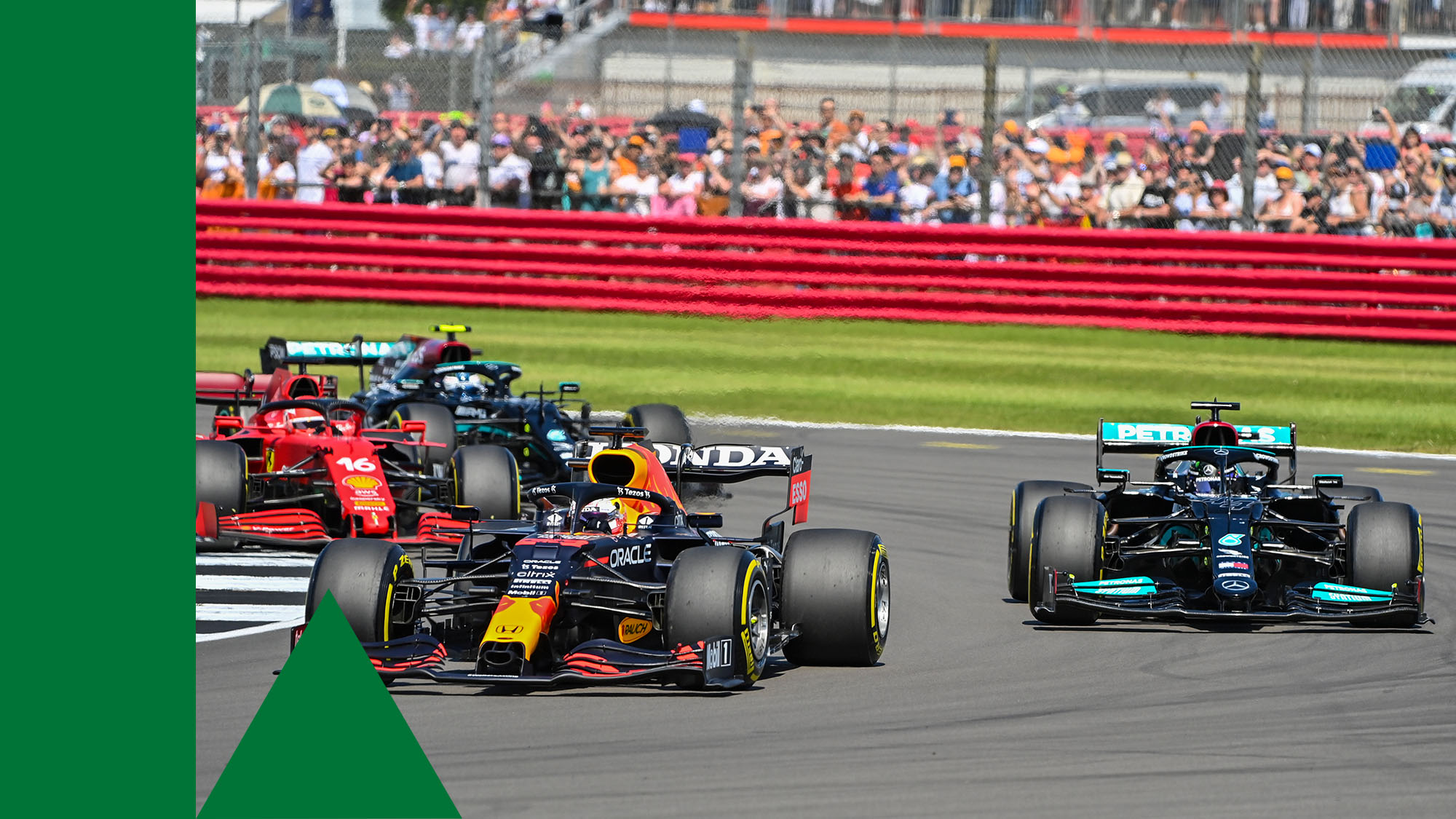 It had to happen eventually – didn’t it?

No-one, absolutely no-one, wants to see Max Verstappen in hospital after a crash, but thankfully he was released after being deemed overall fit and well. However, what happened was a result of what fans pay to watch F1 for – gung-ho duelling at the pinnacle of motor sport.

The two best drivers in the world have battled it out so far in one of the best F1 seasons for years, it was probably inevitable they were going to clash at some point. Hamilton going for the a gap in the run-up to Copse which for a second appeared slimmer than an ATM card slot almost made you look away from the screen, but these are the thrills that people have watched F1 for over the past 71 years.

Sometimes two drivers not backing down in extremely dangerous, high-speed racing results in a crash – it happens.

Race director Michael Masi setting his email to out of office 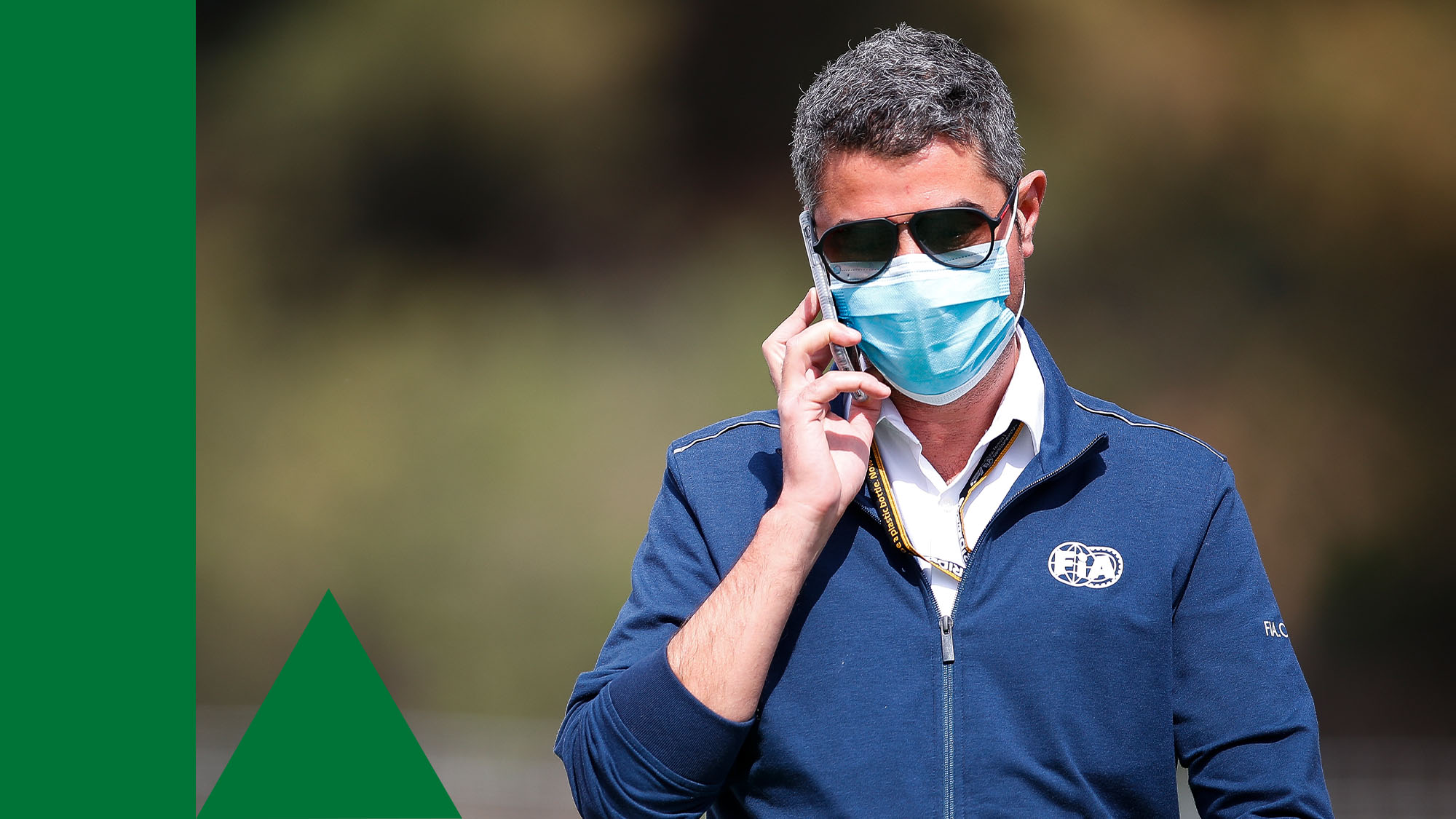 Both Mercedes and Red Bull were immediately on the blower to Michael Masi as a result, claiming each other started it, with some of the interactions becoming instant classics. This is surely the best one though:

Wolff: “Michael, this is Toto…”

Wolff: “Michael we have sent you an email with the diagrams where the cars should be. Did you receive them?”

Masi: “Toto, I don’t access my emails during the race so I can concentrate on the race.”

Wolff: “Well, you should look at this because there is something with the rules coming up.”

11th to fifth? No problem for cheeky ‘nando. Using soft tyres to leap into the top five in the sprint race in an Alpine which has no right to be there is kind of chutzpah people love the Spaniard for.

He hung on gamely with some incredible defensive driving, making his Enstone car wider than a Northamptonshire combine harvester in both races to finish seventh in the first one, before bagging the same position for some real-life points in the main event. 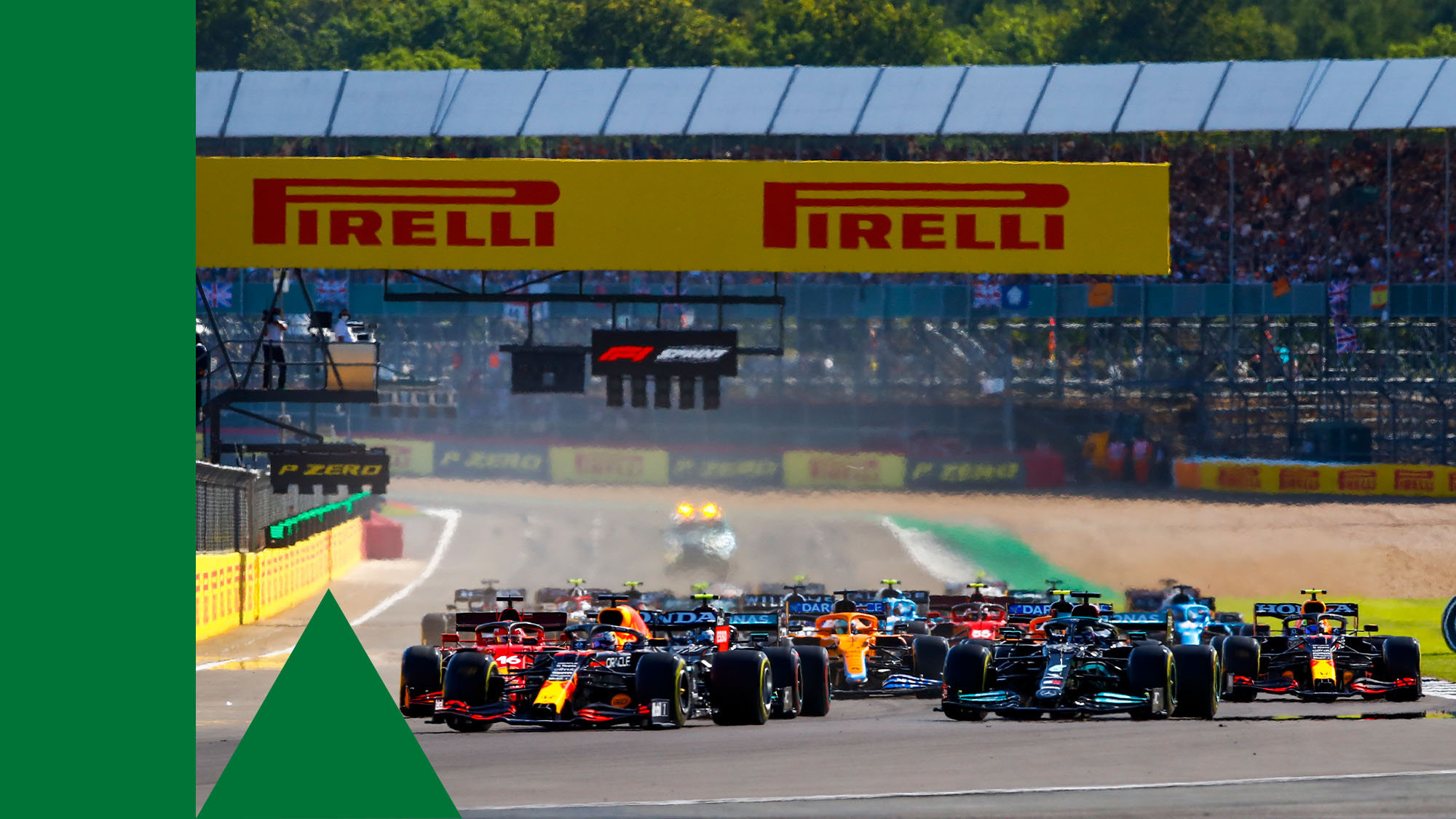 F1 charges into a new era

Led bravely by our American Liberty forefathers, F1 is breaching new frontiers like never before – and it’s refreshing.

Whilst maybe a deviation from the classic format we all know and love (and sometimes admittedly yawn through), Liberty got the timing perfectly, as a sold-out Silverstone provided a carnival atmosphere and lapped-up a revision of the proceedings.

The sprint might have lost its fizz after a few laps, but overall the new (and for now temporary) format kept fans enticed throughout the weekend.

There’s also something exciting for petrol-heads about having qualifying on a Friday night, a great way to kick-start the weekend. Bring on Monza. 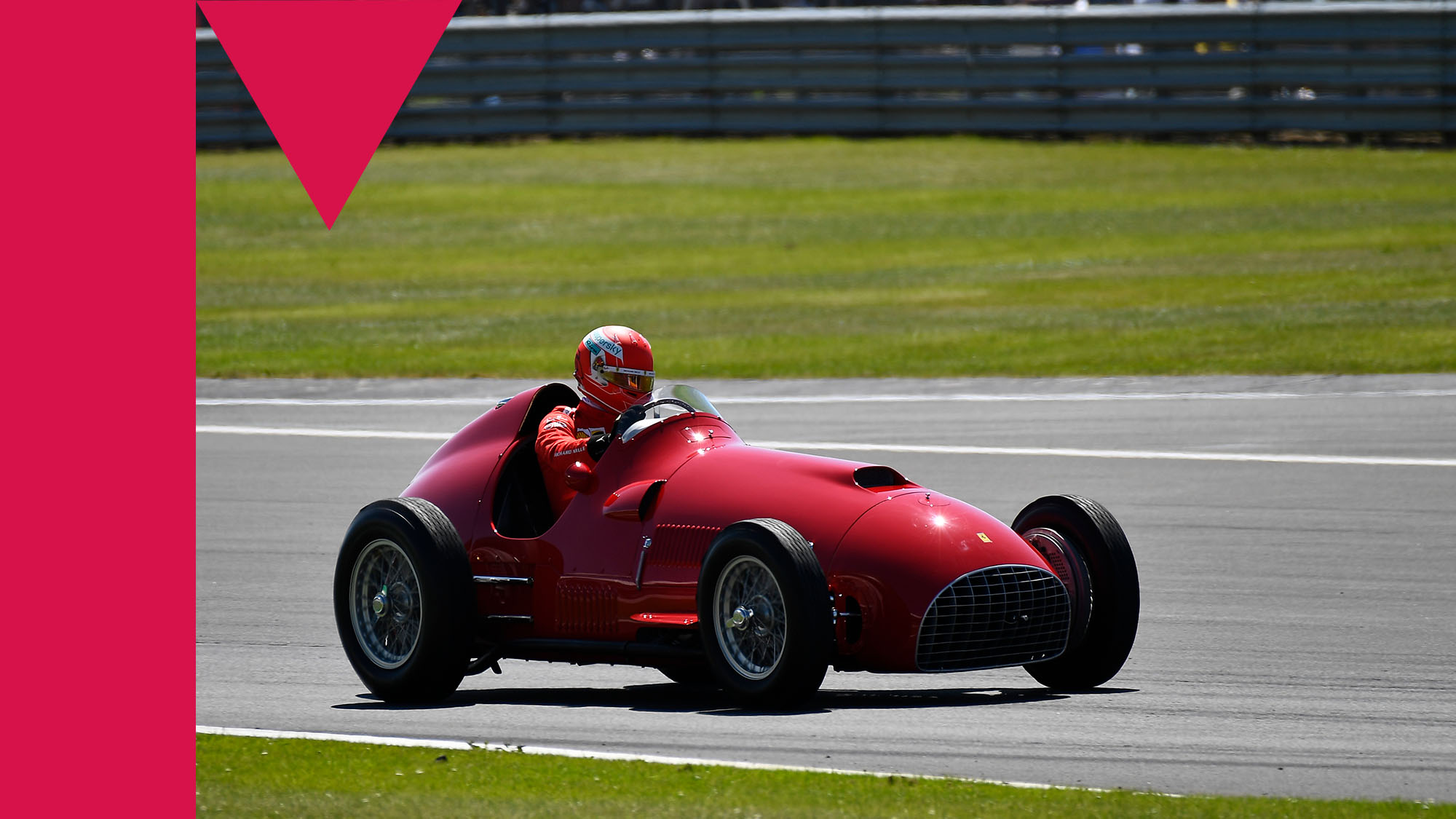 Pace deficit of Ferrari SF21 to 375 yet to be confirmed

As pointed out by Sky Sports’ resident horoscope consultant Ted Kravitz, ten years ago Ferrari followed the same pattern for winning as they – almost – did this weekend.

In 2011, Fernando Alonso demonstrated the Ferrari 375 – which José Froilán González used to win the Scuderia’s first-ever GP at Silverstone in 1951 – before going on to win the race himself.

This weekend, Charles Leclerc did the same in the build-up, giving the Maranello museum piece a spin before then opportunistically taking the lead after the Max/Lewis smash-up.

All quite appropriate as probably the car’s most-feted driver – Alberto Ascari – was famously superstitious himself.

Ted pointed out the stars aligning, Crofty did his bit by saying it looked like Leclerc might win – and then he didn’t. Great stuff. 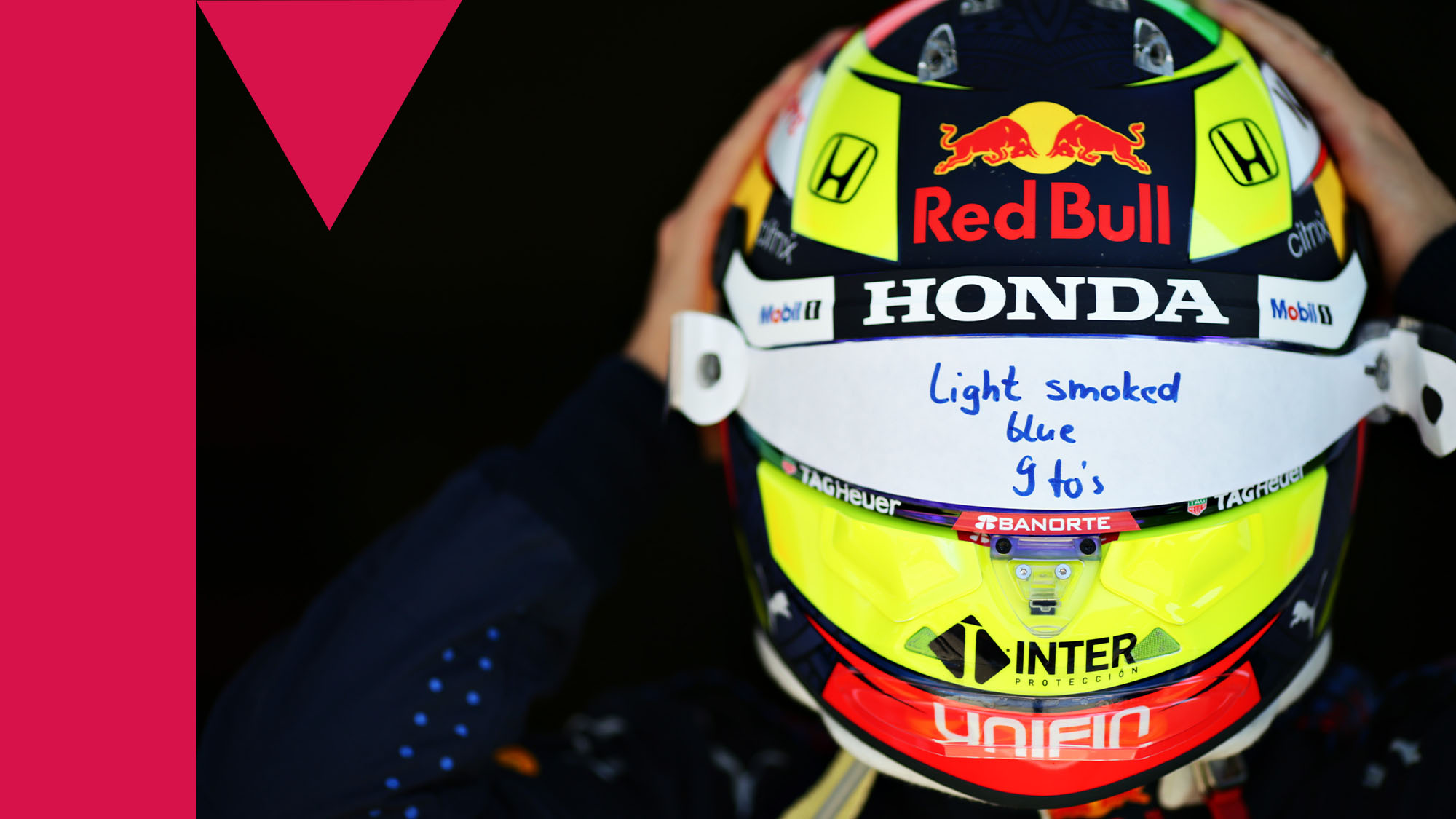 Maybe Sergio left the strip on before he set out?

Seb Vettel demonstrated that he still hasn’t lost it by spinning apropos of nothing in the Grand Prix restart, after Perez did the same in the sprint race exiting Becketts, taking Red Bull hopes in the constructors’ title fight with him.

Still time for Valtteri Bottas to go AWOL a la Baku though and get Milton Keynes back in it.

Vettel also cleaned up litter after the race – rumours yet to be confirmed this was Otmar’s latest punishment.

Pot–kettle or something or other

Famously saintly Red Bull, who have never ever done anybody wrong, never dumped any driver mid-season for slightly underperforming, don’t have a lead driver who arguably entered F1 at too young an age and certainly didn’t serve his apprenticeship by mainly bouncing off other drivers – is now complaining that Hamilton committed to “dirty driving” at Silverstone.

It’s possible to argue that the only reason this hasn’t happened already in 2021 is because Hamilton has backed out previously when Verstappen has decided to establish his supremacy by being super aggressive.

The Mercedes driver decided to answer fire with fire for the first time this season and the Dutchman got slightly singed. But of course, according to world-renowned diplomat Helmut Marko, Hamilton should be banned for a race.

As someone points out in the comments on the above Twitter post, Marko knows all about suspending drivers, so maybe we should listen?

In the new format, why don’t they just call the winner of Friday’s fast lap shoot-out pole position? As entertaining as the definitely-not-a-race sprint qualifying was, it didn’t really feel like it was deciding ‘pole position’. Let the winner of the Saturday steeple chase be the DHL Heineken ARAMCO Speed Thingy.