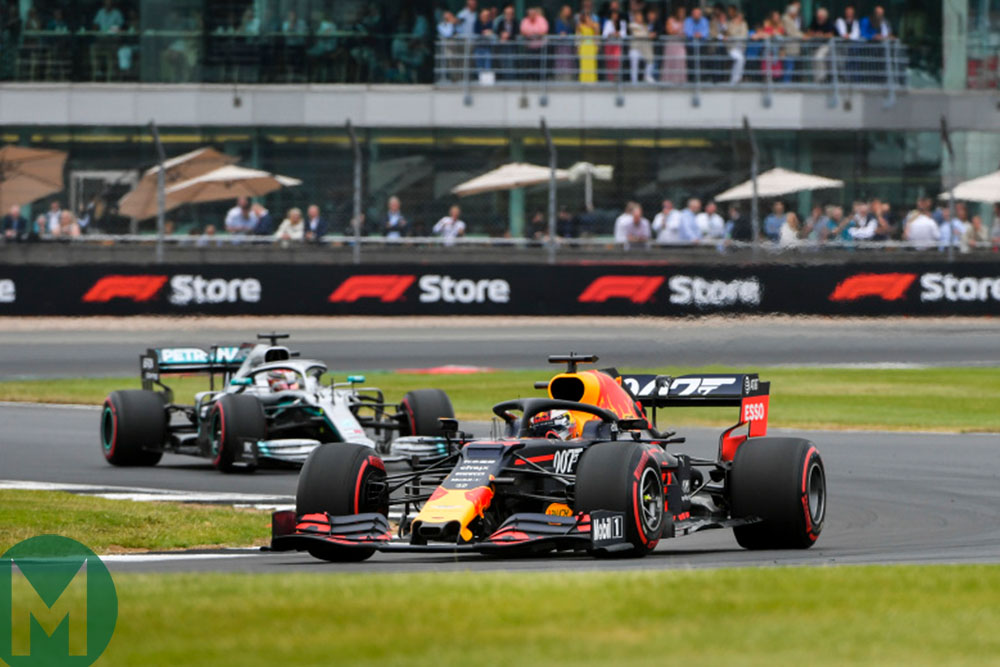 Lewis Hamilton says he would welcome Max Verstappen as his team-mate at Mercedes. The five-time world champion admitted that he would relish the challenge if the move was to happen.

It comes after Motor Sport’s exclusive interview with Verstappen in which the Red Bull driver claimed that Hamilton’s current success was car-dependent.

The clause would reportedly allow the Dutchman to switch to Mercedes for the 2020 season, with Valtteri Bottas’ current deal expiring at the end of the current season.

Ahead of the Hungarian Grand Prix, Hamilton suggested that he would be happy for the 21-year-old to switch to Mercedes and added he would prove his success isn’t down to his car.

“I don’t know how that [Verstappen] dynamic would work for the team, but I’m not saying it would, or would not,” the Mercedes driver explained.

“In some ways it works well for me because I see stories that we’ve got different cars and that’s the only [reason I beat him].

“That gives me an opportunity to show you that that’s not the case!”

In his explosive interview, Verstappen claimed that Hamilton had not had a big challenger in the form of a team-mate, adding that “he should have really won it in 2016,” against Nico Rosberg.