The Turkish Grand Prix could not be more beautifully poised. Lewis Hamilton topped both Friday practice sessions and every session of qualifying at Istanbul Park as Mercedes looked stronger relative to the opposition than it has all year. But this is 2021 and so it can’t be that simple. As Max Verstappen did at Sochi, Hamilton has taken a fourth ICE (internal combustion engine) and will start 11th on tomorrow’s grid as things stand.

That means an opportunity for Verstappen to wipe out the two-point deficit at the head of the drivers’ championship and re-take the lead. Normally, you’d have no doubts, but the weekend has thus far proved a trickier one for Red Bull.

As soon as the cars went out on Friday morning it was as if they were on a different track to the gripless surface they encountered last year when, to a man, drivers reported that it was like driving on ice.

“FP1 today, was over 10sec faster than last year and it’s actually become one of the grippiest tracks on the calendar!” Valtteri Bottas said on Friday. The surface had been water-blasted in the lead-up to the event, increasing the abrasiveness and Pirelli, which had come with its C2/C3/C4 compounds, a step softer than in 2020, admitted that its selection was too aggressive.

Verstappen found he was suffering understeer on corner entry and then snaps of oversteer mid-corner to exit. He was half a second adrift of Hamilton in the first practice session and even further off in FP2, when he could only manage fifth and was actually five-hundredths adrift of team-mate Sergio Perez. 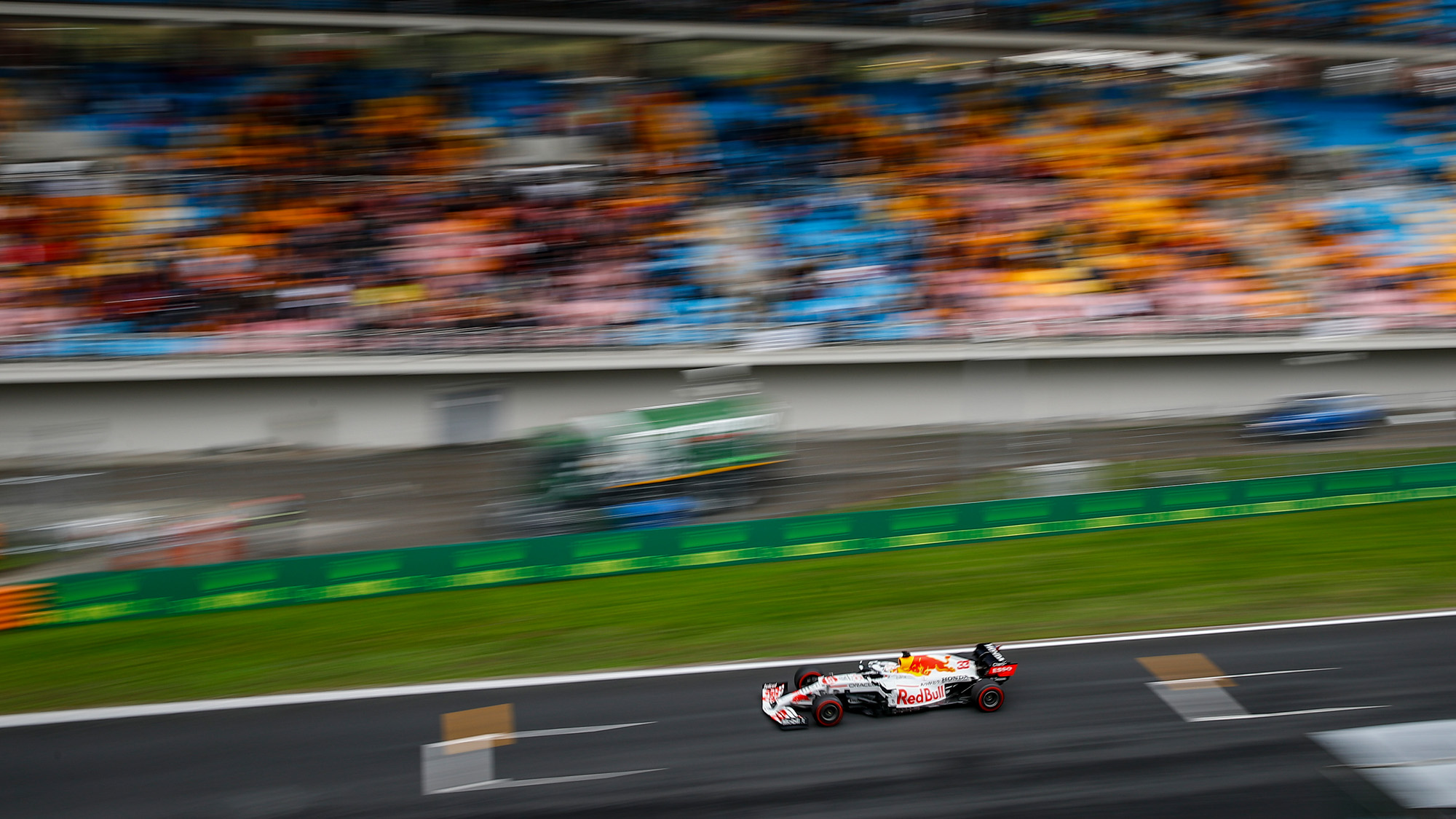 The teams knew that the surface would be grippier, of course, but not the extent, which was guesswork as far as the pre-race simulations were concerned. Both Perez and Pierre Gasly also complained of understeer, which made you wonder whether the surface change had impacted more heavily on the simulations / preparations of those running high-rake cars.

Of course, such is the depth of resource available to teams, that once they know what the situation is, it’s relatively straightforward, if labour intensive, to recalibrate and come back the following day for another go.

The qualifying time sheet had a much more familiar ring to it. Hamilton topped Q3 by 0.13sec from team mate Bottas, who therefore takes his first pole since round three in Portugal, and must have his best chance of avoiding a winless 2021 season – which would be his second at Mercedes after 2018 – provided his team-mate doesn’t make it through into second place.

But that is predicated on Valtteri making a decent getaway and repelling the opening lap advances of Verstappen. What chances of that?

“I expect it to be hard to fight [the Mercedes],” Max admitted. “It’s been tricky, but we turned it around from yesterday and we need to see what the weather does tomorrow.”

Quite. Although the forecast says that a dry race is ‘probable’, if it IS wet, all bets are off and you wouldn’t give a fig for Bottas’s chances. Even in the dry, Max finally qualified within two tenths of him and expects to be closer than that in race trim. Max’s big concern is the lack of grip off P2 on the grid which, he feels, could give him problems maintaining his start position, let alone setting about Bottas. 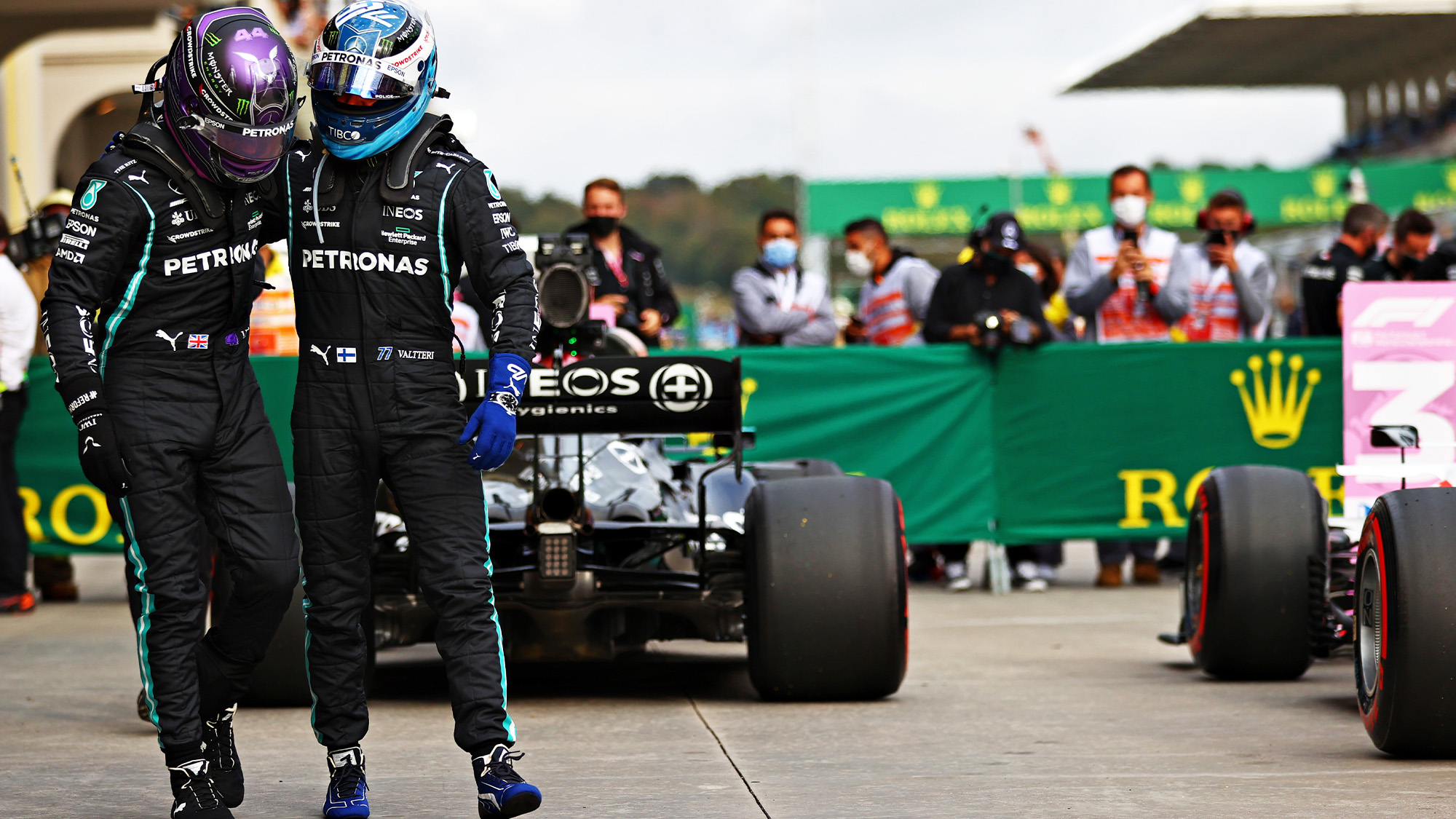 Irrespective of whether Verstappen is on course for 25 points or 18 at the front, Hamilton still faces a lot of jeopardy in his damage limitation exercise and Lewis knows he needs to be careful in the middle of the pack.

Immediately ahead of him, as Honda managed to get all four of their power units into Q3, is Yuki Tsunoda. The Japanese rookie will be under strict instructions from Dr Marko keep the No44 Mercedes behind.

Next in line is Lance Stroll’s Aston Martin, last year’s pole winner lining up ninth, one place behind Lando Norris. After the excitement of the last two races, this was a disappointing session for Zak Brown’s men, doubly so when Monza winner Daniel Ricciardo failed to make it out of Q1!

The soft compound Pirelli, which grained badly early doors, was not a good tyre for anyone, but particularly problematic on the McLarens. 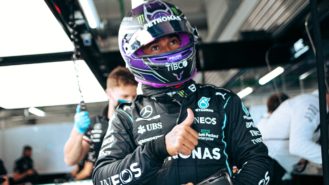 “The changes we did overnight didn’t help as much as we’d hoped,” Norris explained. “The way we have to drive the car and the soft tyres are not a good combination, and we’ve experienced it before.”

Given what we’ve witnessed at earlier races, you would imagine Hamilton thinking that it will be a significant pain to encounter Norris so early in his projected climb up the field but Lando was not confident he’ll be able to do anything to halt the seven-time champion’s progress around Istanbul.

“He’ll be past in a couple of laps…” Norris said. Which might be a little disingenuous given that Lando won’t be running softs as a starting tyre tomorrow afternoon. On the other hand, he might simply be right!

Next on Hamilton’s radar assuming they complete the opening lap in anything like grid order, will be Sergio Perez. Never the greatest qualifier, the Mexican’s half-second deficit to Verstappen in Q3 is pretty much par for the course over the season, but Perez is a tough racer who Lewis can’t take lightly.

So, once by him, who’s next? Fernando Alonso… Hopefully Lewis won’t go to bed tonight thinking about the Alpine’s robust defence in Budapest, or could have nightmares! But Alonso, after a great race in Sochi which could easily have rewarded him with a podium, is back to his feisty best. You just know that he’ll be up for another scrap with his team mate of 14 years ago. On it all weekend, unbelievably Alonso will start in the top five for the first time since the Japanese GP of 2014… Which hammers it home all the more: what a waste… In the intervening time, Hamilton has won 71 grands prix. But that won’t stop Alonso fighting. 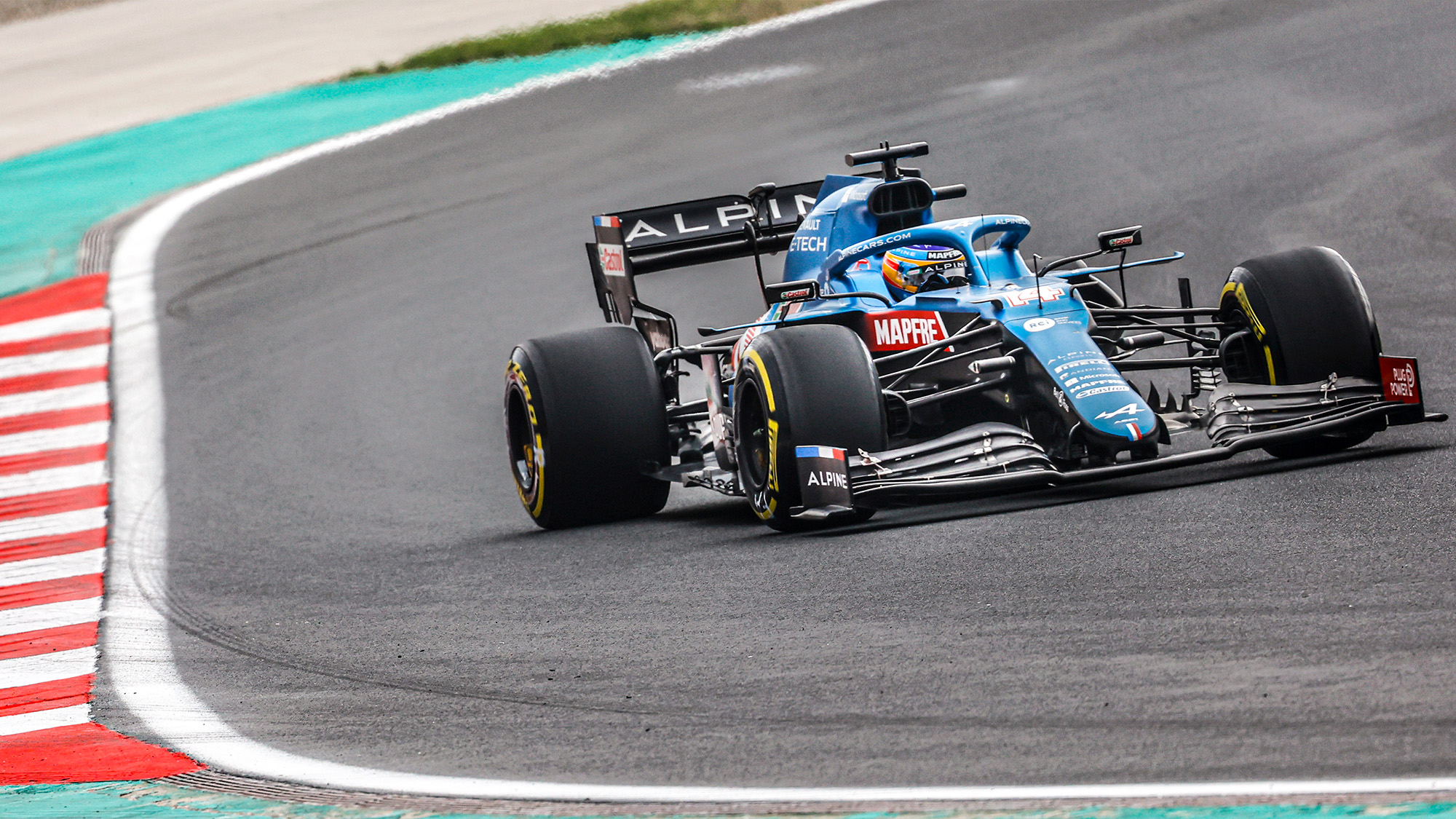 Next in line is Pierre Gasly, who will know what he has to do and is super-happy to start fourth. “We had a lot of understeer yesterday and made so many changes that we couldn’t confirm in the wet in FP3. But in qualifying the car was a LOT better, so really good job by the team.” After giving AlphaTauri a bit of a slating for operational ineffectiveness in Sochi, this was a thumbs-up for his team from the Frenchman, who rewarded them with a brilliant job in qualifying just 0.13sec behind Verstappen’s Red Bull!

How well can he help the Red Bull cause? “Well, I had Bottas behind me for 30 laps in Sochi,” he smiled. Hamilton might prove a different proposition…

Splitting Verstappen and Gasly on the grid, and thus the next target for Hamilton, will be Charles Leclerc. The Monégasque enjoyed himself from first thing Friday morning, finding that the grippier surface allowed him to play with the rear end of the car and rotate it like that, which he greatly enjoyed. His one-lap pace was highly impressive but his softs didn’t last long, a phenomenon seen at Paul Ricard and again at Sochi a fortnight ago when team mate Sainz’s tyres degraded early while leading. Tomorrow though, they won’t be used and Leclerc could be another tough nut. 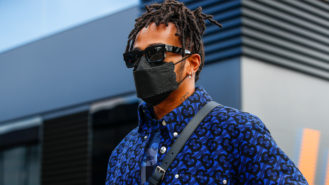 Lewis Hamilton has said that his fashion interest is helping take the weight off the intense championship battle with Max Verstappen that sees the pair separated by just two points,…

Once that mission has been accomplished, Hamilton should then be faced with either his team-mate or Verstappen, depending on how things pan out up front.

On a dry track, will Hamilton really be able to go through them all like a knife through butter? On the one hand, he’s Lewis Hamilton. In a Mercedes. On the other, during his long run simulation on Friday afternoon, he found it tough to go by a Haas and a Williams…

How will he approach it? The No44 Mercedes ran comparatively high levels of rear wing in qualifying and Lewis provided a hint when he said, “Tomorrow will be difficult but I’ll give it everything. We’ve got that long straight down the back, so we’ll see what we can do.”

Better grip to stay close through T9/10/11 and overtakes into T12 will likely be the order of the day. It should make for compelling viewing.