We are at an intriguing point in the season, given what became apparent in the opening round last week: a race-winning, pole-setting Ferrari, a super-fast Red Bull and a struggling Mercedes.

It’s going to be very interesting to see if the very different demands of the Jeddah track this weekend maintain that pattern. When we compare the Ferrari and Red Bull performances in Bahrain last weekend, we saw a Red Bull that was significantly faster at the end of the straights but a Ferrari that was quicker in the early part of them. Only the pit straight in Sakhir was long enough to allow the Red Bull’s greater end-of-straight speed to be enough to get on level terms with the Ferrari by the braking zone. Jeddah is full of flat-out sections and the cars are running near terminal velocity for a much greater proportion of the track. So the Red Bull should be faster here, right? Maybe. Depends on how that Ferrari lap time was being derived. If it was only slower at the end of the straights because it was running more downforce than the Red Bull, then maybe not. Maybe when its downforce is trimmed to the circuit-appropriate level here it picks up a lot of straightline speed. It all depends on just how efficient the Ferrari aero team has managed to make the car throughout its entire sweep of wing settings. So far, we’ve seen only one.

But what was very apparent looking at the GPS traces of the two cars last week is that the Ferrari was extremely good on acceleration out of the corners. It was also a gear up on the Red Bull in several key parts of the track. Suggesting that it may be shorter geared. The ratios – including the final drive ratio – are chosen at the beginning of the season and only one change can be made during the year. Even on the short straight between Turns 10 and 11 at Sakhir the Ferrari was in eighth gear – and relatively early too – the Red Bull still in seventh. If that’s because of shorter gearing on the Ferrari, Jeddah won’t be the ideal track for it. However, the scary prospect for the others is if that acceleration is not the product of shorter gearing – but of sheer torque. There’s long been talk that the key breakthrough with the combustion of this engine is in how a combination of super-fast ignition and extra turbulent intake mixture – something every engine designer is seeking – gets the flame to the outer edges of the combustion chamber fast enough to take full advantage of the 500-bar fuel pressure which has long been part of the regulations. 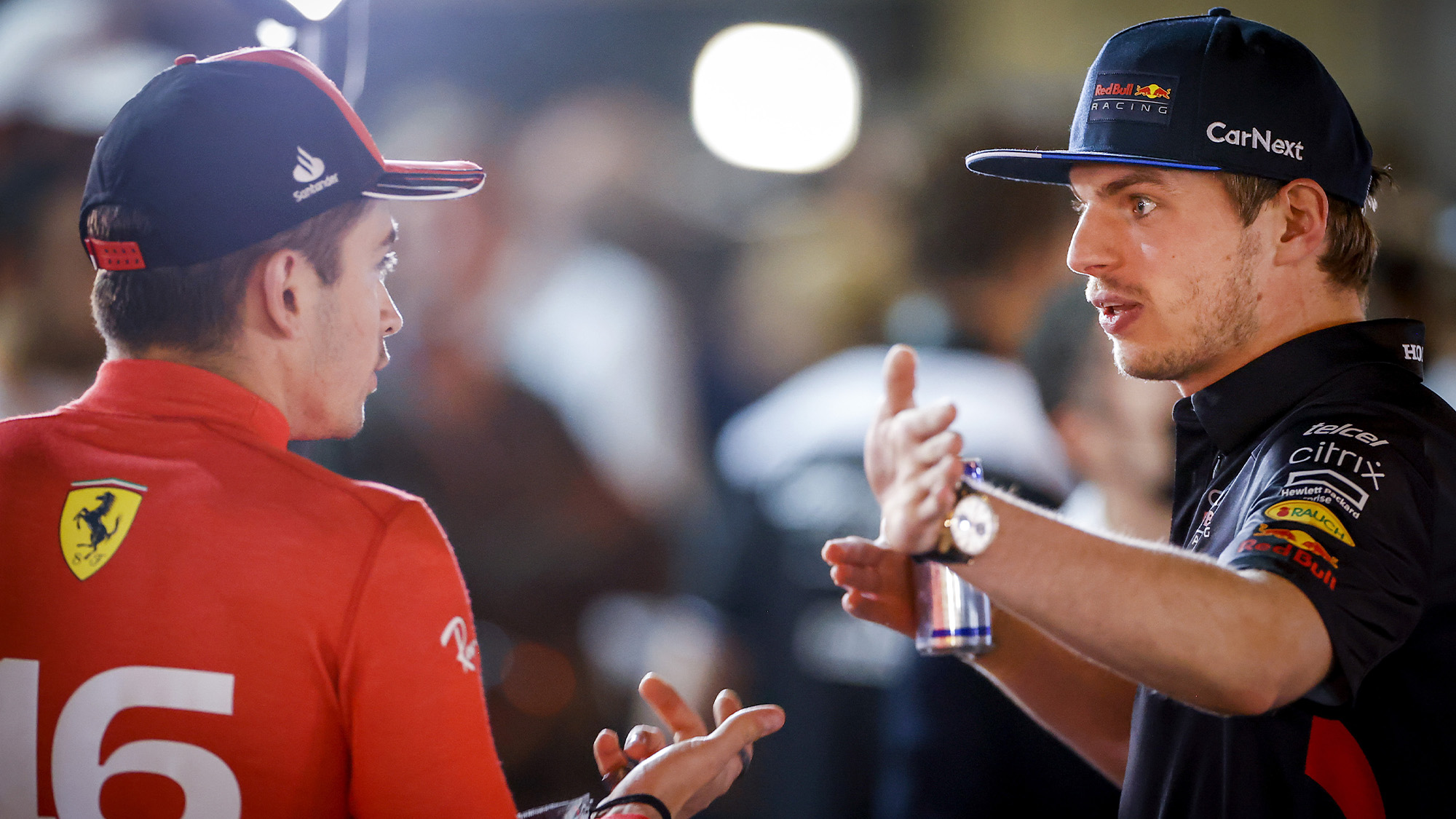 “And this is me speeding into the distance in Saudi Arabia”. Red Bull could be faster in Jeddah… but it might not be

If the Ferrari’s impressive acceleration advantage over the Red Bull in Bahrain was due to power and not gearing – and if its lower end of straight speed was just down to having the luxury of being able to run more downforce because of the power, then that’s a scary prospect for the others. If that’s the case, the Ferrari would be every bit as formidable at Jeddah as Sakhir last week. If last week was just a perfect dovetailing of that circuit’s layout with the gearing Ferrari has chosen for the season, then the Red Bull might be expected to be the car of this weekend. All in the assumption that Mercedes hasn’t yet got its rear floor to behave the way it should…