So the numbers are in from six days of pre-season testing. When analysing them, using the methods outlined here, to attempt to establish a performance order, we can apply several filters over the numbers to refine them.

With four tyre compounds in use (from the hardest, C2, up to the softest, C5), we know which was on each car for every lap it did.

We know the lap time difference between the tyres, as estimated by Pirelli. We do not know for certain the fuel loads for each car’s best single lap time, but we know it had at least as much fuel on board to do the number of laps it did when that time was set.

So in the case of Mercedes, the car’s best lap wasn’t actually the 1min 15.7sec set by Valtteri Bottas on the C5 tyre (which was the fastest headline time of the whole six days), but the 1min 16.976sec set by Lewis Hamilton on day one with C2 tyre and at least 12 laps of fuel board (for that was how many laps he did on that run).

But all we can know is that it had at least that much fuel on board and so we can calculate that on near-empty tanks and the C5 tyre it should be able to do a 1min 15.5sec.

Applying the same method to all the other cars over the six days, gives the following list:

This is the first level of filter from the headline numbers. However, we need to treat this list with caution.

These are simply the lap times that we know each car demonstrated itself to be capable of.

Not all of those teams will have gone for their ultimate single lap time and almost certainly will not have had a uniform fuel level between them when their best laps were set.

Ferrari, for example, spent both weeks conscientiously trying to fully map its car’s loadings, seeking to establish good correlation with its simulation tools. Specifically, it was seeking to avoid the misleading picture it – and everyone else – took from last year’s equivalent test.

Hindsight suggests that last year’s flattering picture came from its understeer allowing it to generate front tyre temperatures that its rivals were struggling to reach on a very cool track. And even then, Mercedes was within hundredths of Ferrari’s best time by the end of that test. 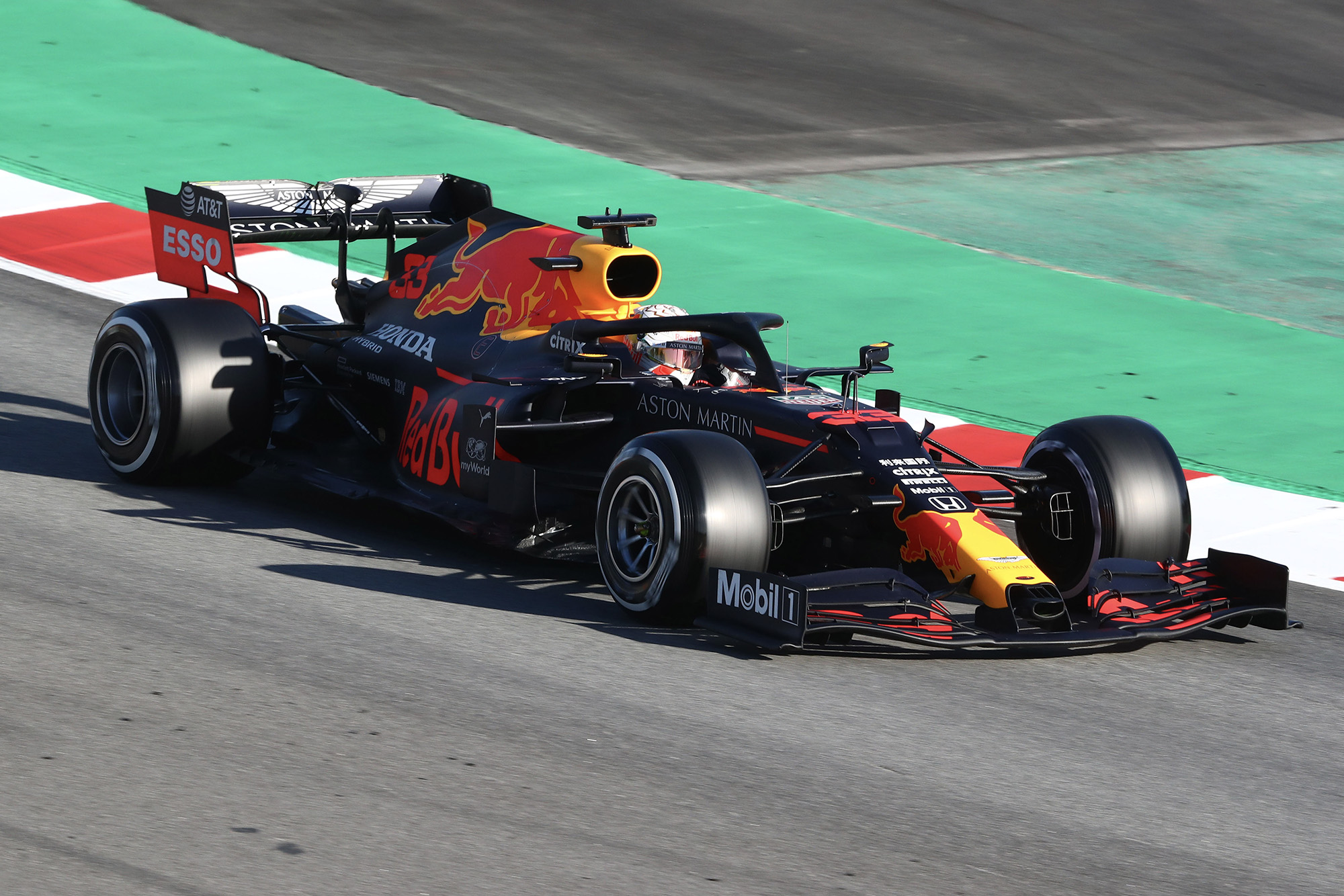 Verstappen appeared to sabotage one of his fast runs

So this time around, Ferrari appeared to be delving more deeply into how the lap time was being delivered, beyond just the simple fact that it was slow down the straights and fast through the slow corners (the opposite of last year) with its higher downforce car.

Similarly at Red Bull, Max Verstappen appeared to deliberately sabotage a fast lap time towards the end of a run, braking hard just short of the timing beam.

Then there’s the relatively small gap between the slowest and the fastest at around 1.5sec – which would be untypical of the last few seasons, suggesting that the Mercedes time is not its ultimate either.

In other words, treat those times above as only the most approximate of guides. Where we can read the times with a greater degree of confidence is in the race simulations.

Not every team did one. But Mercedes, Ferrari, Red Bull, Racing Point, McLaren and AlphaTauri did. In a race sim, the comparison between cars should be less polluted by variation in fuel loads – as the cars are fuelled for the full race distance at the beginning and don’t refuel at the tyre stops.

The tanks in the cars are only just big enough to take the fuel load needed to complete a race, so any race sim comparison can be assumed to have been on near enough equal fuel loads. Thus, a truer – but still not definitive – picture tends to emerge.

This is how it looks on the race simulation runs of Mercedes, Red Bull, Ferrari, Racing Point and McLaren:

As we can see from that, the Ferrari is much more competitive than the single lap headline numbers suggest. It’s still trailing Mercedes, but handily beats Red Bull and puts almost a lap on the ‘Class B’ pace-setters McLaren and Racing Point.

But although the race runs give a more refined picture than the single lap times, they’re still polluted. They were, for example, run on different days.

Converting the relative performances of the cars in race sims back to single-lap pace (ie the Ferrari race sim is 0.167% slower than that of Mercedes etc), would give the following single lap translation, using the Merc’s 1min 15.5sec as a baseline.

Adjust for implied difference in fuel loads on single lap

In the above example, we see that the equal weight of the race runs show Ferrari and Red Bull are actually much more competitive than their actual single lap times suggest.
By contrast, we see the Racing Point, McLaren and AlphaTauri all on a slightly slower time than we know they are capable of from the best single laps they actually did. It could be that those cars simply didn’t do very good race sims.

Alternatively, it could be that Mercedes was running heavier than them in the low fuel runs.

If we assume Perez’s race stint was a good one, the performance differential to the Mercedes shown in the race sim, when translated into single lap times, implies the Merc can do a 1min 15.3sec, 0.2sec faster than was shown in its best single lap (which would account for around an extra 6kg of fuel over the Racing Point). Which then gives us the following order:

That’s about as many filters as we can put on it from an observation point outside the teams. But that still shouldn’t be treated as gospel.

What it represents is simply the numerical conversion of laps recorded with an educated estimation of the many variables we know about. Furthermore, pretty much every team will have updates for Melbourne, the effectiveness of which is sure to vary.