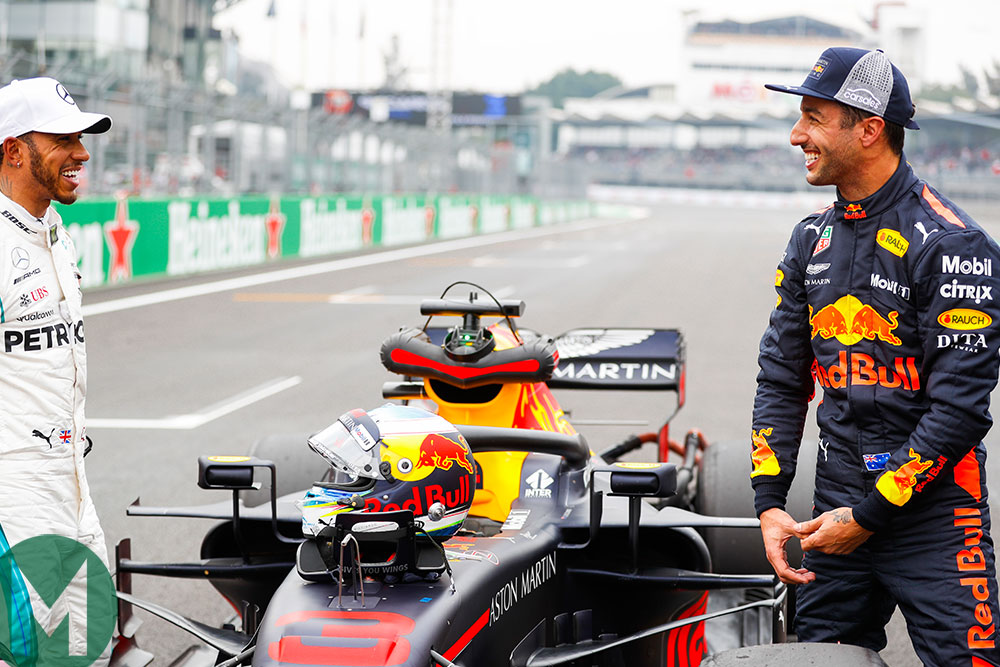 So now that Daniel Ricciardo has revealed (to ESPN earlier this week) the extent and texture of his conversations with Mercedes, we can piece together a more informed view of the dynamics that were in play in determining the line-up of the 2019 grid.

“I knew talks would take a bit of time probably,” he said, “and, trying to feel each other out, but it got to June/July and maybe we had spoken a few times and we hadn’t really got anywhere. So… I will move on – that’s cool.

“I guess it gets to the point like that with everyone where you want a black or white answer and that’s it. I guess the games can wear a little thin.

“I don’t even know if it’s games, but circling around the edges, it’s like – just go straight in!”

Put yourself in Mercedes’s position in the early part of last season. Lewis Hamilton was still holding off on signing his contract extension – though was insistent that he was not talking to anyone else despite the interests of other teams.

Valtteri Bottas was on his single-year deal for 2018 after a decent opening season with the team in ’17. In such a situation, and with Ricciardo on the market from 2019 onwards, Mercedes would have been remiss not to hold talks with him.

If the unthinkable had happened and Hamilton decided to either defect or retire, then Ricciardo would have been the plug-in replacement. Alternatively, if Hamilton stayed Ricciardo might have been judged as a potentially stronger performer than Bottas.

But as the season developed it became increasingly clear Hamilton was driving to a higher standard than ever before – and he was attributing this to how much more keyed-in to the team he had become now that the team player Bottas was established there rather than the combative, warring Nico Rosberg.

Whether you a) accept this at face value or b) have a more cynical take of Hamilton deliberately trying to encourage Mercedes to retain Bottas because he felt he could control him more easily than Ricciardo, that isn’t really important. The reality was Mercedes could afford to indulge him either way because of the level of performance he was bringing.

From Mercedes’s perspective, it would only have been worthwhile taking an opposing view if Bottas was not delivering – and in the first part of last year Bottas was enjoying a great vein of form, and it was no fault of his that it wasn’t being translated into wins.

Bottas was inches away from victory in Bahrain, had followed that up with a superb performance to undercut his way ahead of a faster Ferrari in China and only lost that race to the unlucky timing of a safety car that put the Red Bulls in prime position for victory. He was then set to win in Baku until a piece of debris punctured his tyre with a couple of laps to go.

All this, and contributing in a major way to an environment that was allowing Hamilton to pull more from himself than ever before; it would be difficult to justify disturbing this just for another driver who might (or might not) be quicker and who might disturb the equilibrium all over again.

Ricciardo had just been in collision with team-mate Max Verstappen, after all. Even if the blame for the accident could be laid primarily at Verstappen’s door, Ricciardo was pressuring him in a way that Bottas probably wouldn’t have been prepared to on Hamilton. In other words, Ricciardo only made sense as a number one, not as support, to Mercedes.

So all that was left was the formality of whether Hamilton would re-sign. He eventually did so mid-season, at much the same time that Ricciardo felt he wasn’t getting anywhere in the negotiations.

Nico Rosberg’s hyper-competitive relationship with Hamilton 2013-16 has almost certainly played a part in Ricciardo finding himself at Renault for the next two years rather than contesting world titles.