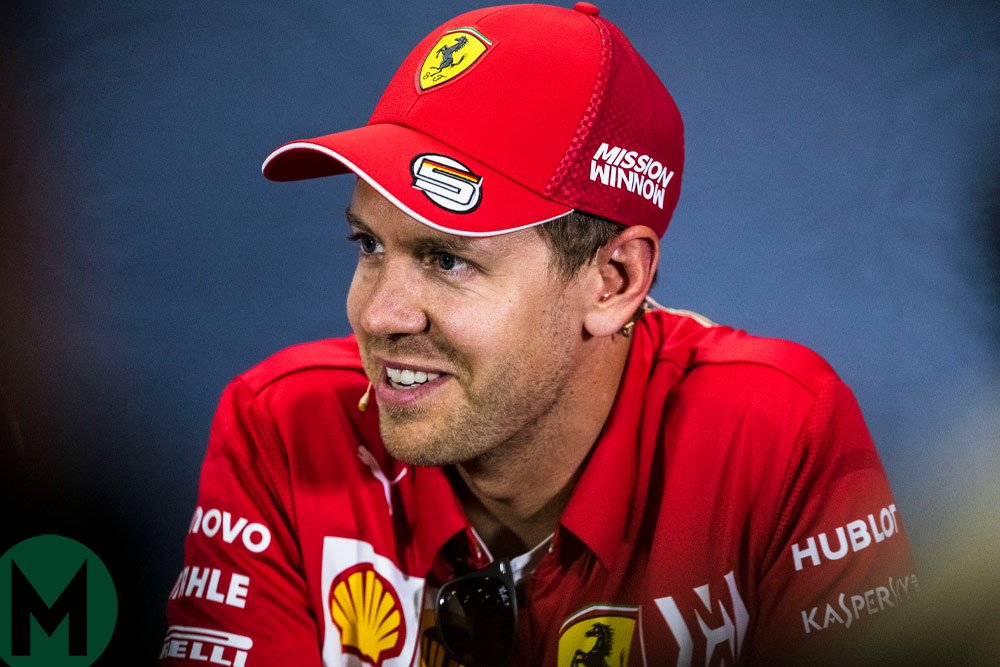 There is something a little different about Sebastian Vettel’s manner at the moment, a sort of serenity which seems at odds with what would appear to be a career crossroads – but which might actually be because of it.

Vettel’s usually chirpy, smiling persona is only a thin veneer right now. Just beneath is what, if you didn’t know better, might be described as resigned indifference. It was very apparent in his TV interview with Martin Brundle recently. Asked what he thought his legacy might be, he fired back with, “I don’t know, I don’t care.” Not in an aggressive way, but in a manner suggesting that he genuinely doesn’t, that he’s perhaps finding it difficult to take much meaning from it all.

On the eve of the race at the track in which he and Ferrari looked so strong in pre-season testing, he arrives not only from those four Mercedes 1-2 results but also the competitively strained situation with team-mate Charles Leclerc. Each time the Ferrari has been fast – Bahrain, Baku – Leclerc’s underlying pace has been stronger, and not by a small margin. Nor a margin that, if regularly repeated, would be consistent with Vettel retaining his nominal team leadership status. On the other hand, Vettel was the quicker Ferrari driver in both Melbourne and Shanghai, so it’s not as if the writing on the wall is really decipherable as yet.

It’s a far less flexible style than that of Leclerc.

How he fares now in the quick-fire rhythm of the ‘European’ part of the season could be key to his whole future. This is dependent not only on Ferrari’s ability to develop the SF90 into a Mercedes match but whether it can do so in a way that allows Vettel to express his natural driving style – which, as we’ve seen over the years, is highly dependent on having a car with a lot of rear stability; a car like Ferrari has given him in the last two years.

Give him such a car and he finds big chunks of time on corner entry into slow and medium speed corners with his sudden, pitching turn-in. The greater the rear grip, the greater his advantage over more conventional techniques. But take that away from him – and he struggles. It’s a far less flexible style than that of Leclerc.

The notion that he was flattered by the Adrian Newey Red Bulls is nonsense. On the contrary, he exaggerated the speed of the blown diffuser cars, squeezed more from them than would drivers with a more conventional style. I spent many hours standing trackside watching him do it and it could be quite extraordinary to behold, the Red Bull’s rear staying planted long enough to get him turned but then beginning to slide before the apex – which Vettel would cure by counter-intuitively standing hard on the gas pedal. He could do it in such a fluid, coordinated way, every time. Mark Webber used to shake his head after looking at his telemetry. He could this guy, who in a normal car wasn’t as quick as him through a fast corner, conjure this magic?

There’s no inherent reason why this generation of car should not have the sort of planted rear he craves. So far this season, the Ferrari hasn’t had it – but did have during testing at the very track we’re now at. If that trait can be technically accessed, the next question is whether Vettel can conjure the desire to extend himself, extract the maximum from himself, live in that uncomfortable territory? Race after race, in the grind of a season, against opponents, within the team and outside of it, who are just so relentlessly good?

This could be the biggest of weekends for Sebastian Vettel.