In this enforced pause in F1 on-track activity, it’s as good as time as any to reflect on the first six years of the turbo hybrid formula from a competitive perspective.

Although the 2014-19 seasons will be recalled as the period of total Mercedes domination, breaking even the records and success of Schumacher-era Ferrari, taking snapshots of the two seasons which book-end that period, some interesting points emerge.

Below is a representation of each team’s qualifying performance, expressed as a percentage to the theoretical seasonal pole position (i.e. the average lap time of all the pole laps over the season) 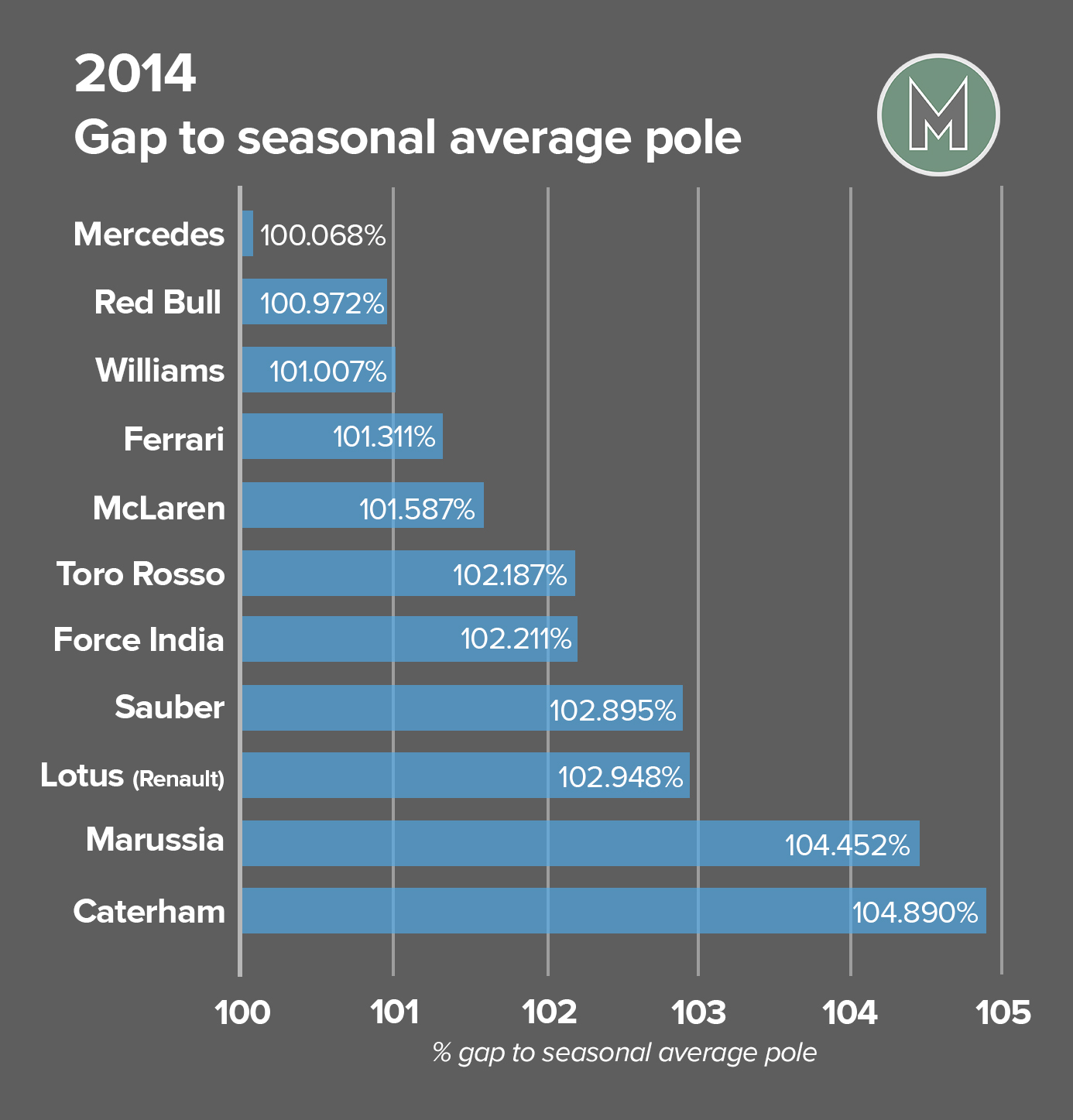 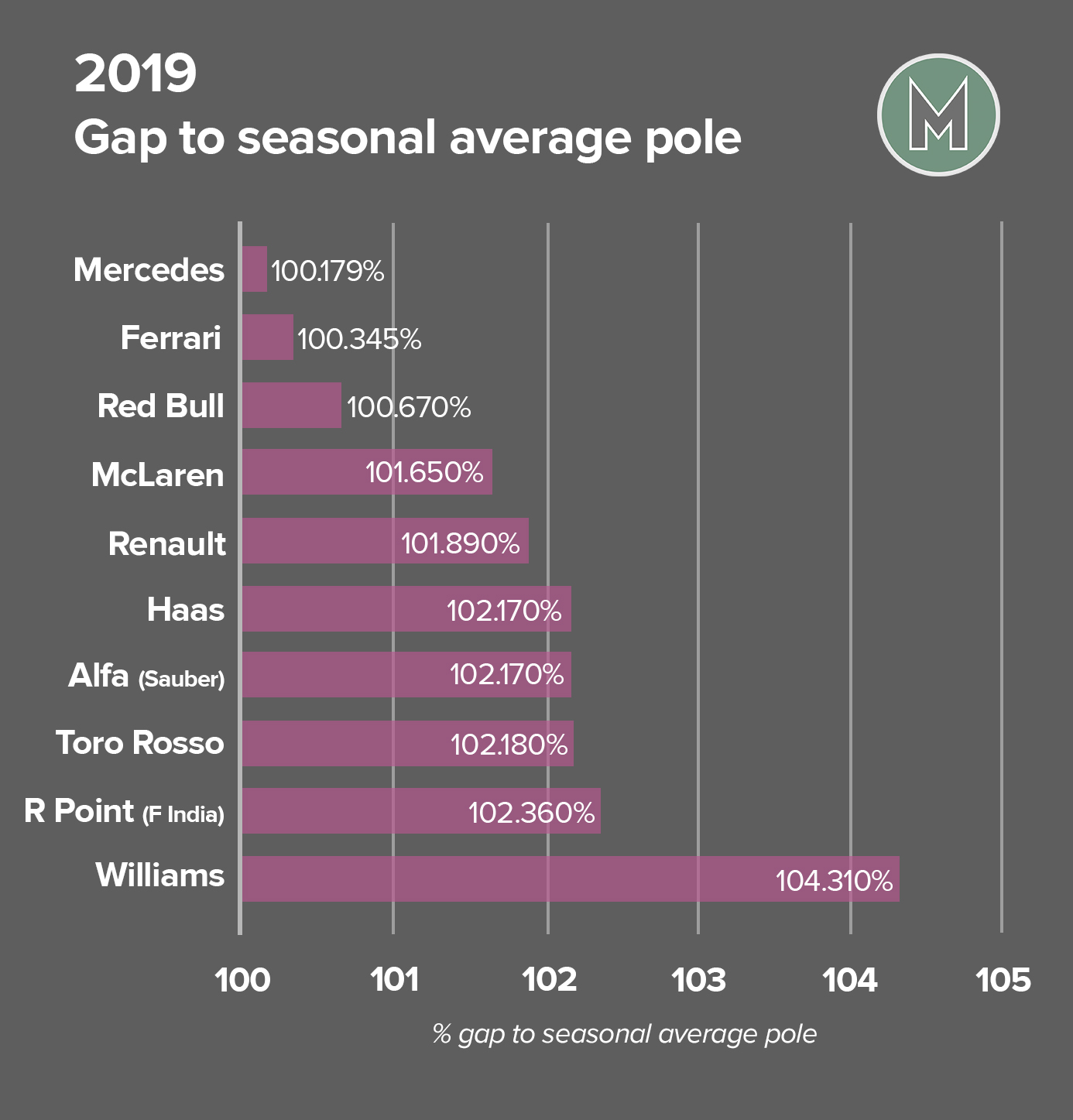 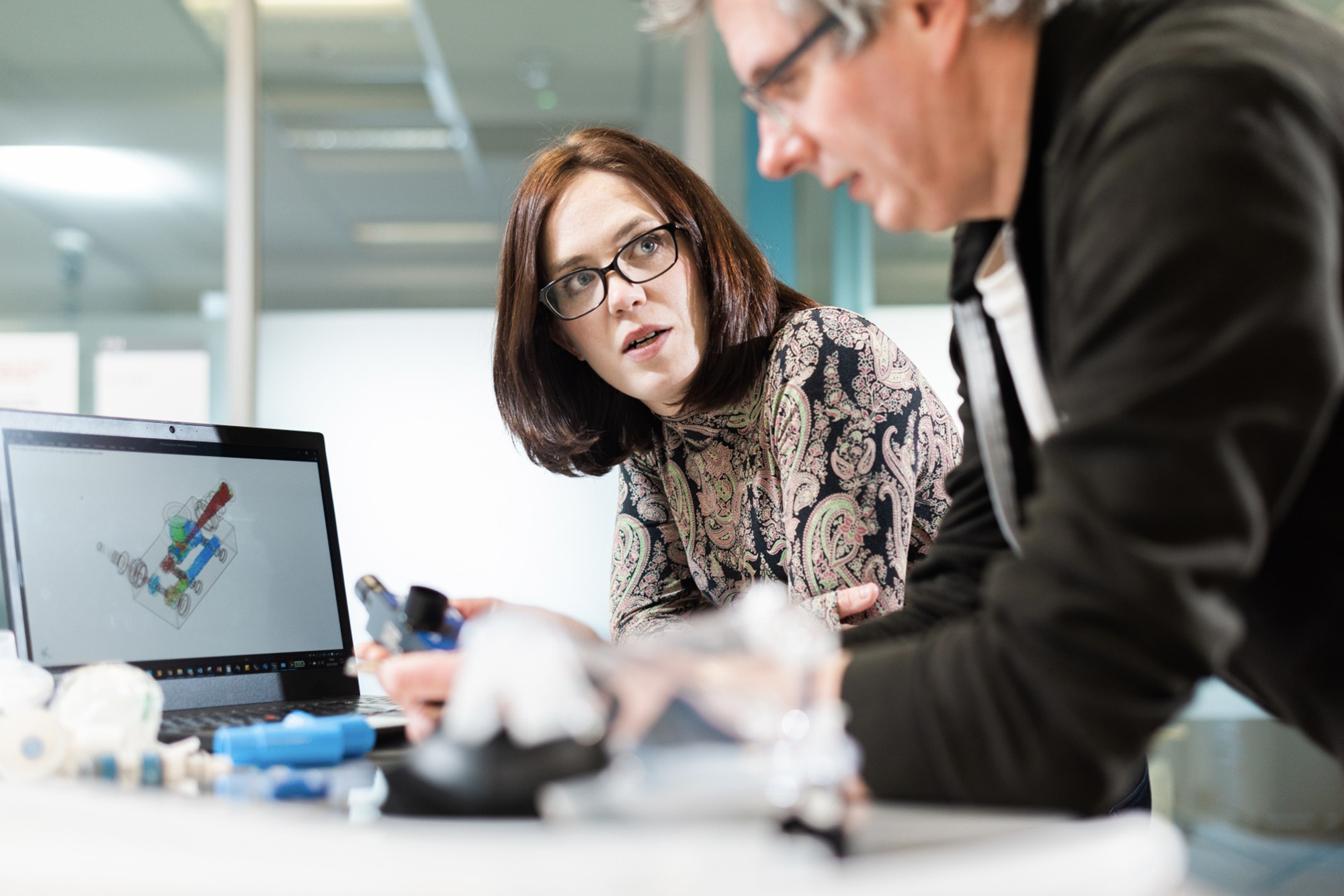 • Ferrari’s competitive renaissance really began in 2015 and the ’14 picture represented a basically ill-conceived choice in the format of its power unit, which the regulations of the time made it impossible to correct in-season.

• With its much-improved form of 2019, McLaren has approximately clawed itself back to where it was in 2014, its last season as a Mercedes customer, when the returning Ron Dennis was at the helm. The devastation that followed the Honda partnership has ensured that it’s a very different team now. It has taken these six years to get back to where it was. Meantime Honda has emerged as a real force with Red Bull.

• The heavy investment of Renault has seen the Enstone-based team vault past the always-close Toro Rosso/Force India (or Racing Point)/Sauber (or Alfa) teams. But it’s still way further adrift of Mercedes than those spending the money would like.

The graphs above show just percentages to a theoretical fastest. The lap times themselves are vastly faster, as can be seen in the table below, showing a comparison of pole times at those tracks which overlap the two seasons and which had clear, dry, qualifying sessions in both years.

This performance increase has come from 1) the usual development rates of the teams and 2) the much faster, wider, more aerodynamically powerful cars that were regulated in from 2017 onwards. The best engine in 2019 was around 120bhp (13 per cent) more powerful than that of ‘14, which would account for around 1.2sec of lap time.

In looking at just how much performance has been gained at which track, the obvious stand-out is Barcelona, with the Hungaroring not far behind. What characterises both these tracks are the long duration of their corners – so the spectacular downforce gains are applied for a greater proportion of the lap than on other circuits.

It would be great to be able to update these figures to include the 2020 races. Let’s hope the CV-19 situation allows that to be possible at some future date.