Daniel Ricciardo is Renault’s big-money signing, but there’s a key obstacle to overcome for number-one status 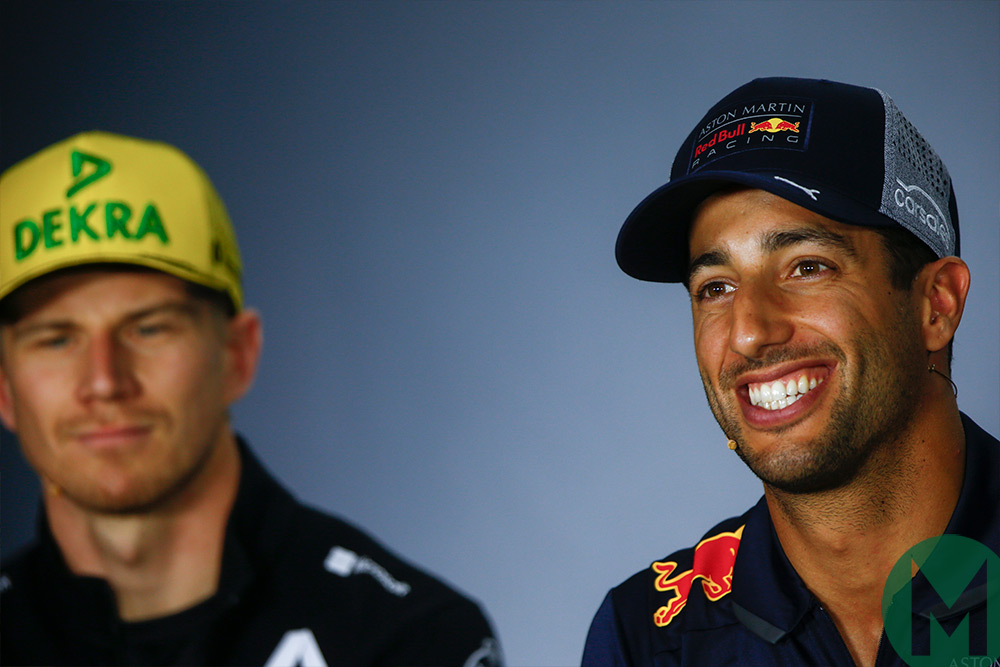 Quite aside from the doubts of the watching world, we can be reasonably sure that part of Daniel Ricciardo’s mind is still not entirely sure he’s done the right thing in leaving Red Bull for Renault.

In the immediate aftermath, he will almost certainly be surrendering significant performance. Regardless of Renault’s long-term prospects, it would be an immense achievement if it could make up what was often a lap’s-worth of performance on Red Bull from one year to the next. But on the other hand it gets Daniel out of further direct comparison with Max Verstappen, who is only going to improve his all-round game further and who will become ever-further embedded within the team. It was always going to be difficult to counter that and for Ricciardo to retain his number one credentials rather than fall into a support driver role. That’s something for which he is not wired up.

But Ricciardo’s new frame of reference, Nico Hülkenberg, is hardly going to be a pushover. Hulk’s fresh off a season in which he emerged ahead – in both qualifying and race – of Carlos Sainz. These comparisons shouldn’t be given absolute authority regarding the respective levels of team-mates because there are so many variables. It was telling, for example, not long after Sainz first joined Renault at the tail end of 2017 that Hülkenberg, having had a chance to study the telemetry, was saying privately that he was confident he would prevail over Sainz because the Spaniard’s driving style, which was very different to his own, would not be suited to the traits of the cars that Enstone was producing and developing.

Sainz was saying much the same in Abu Dhabi a couple of weeks ago prior to his final race for the team – that there was a trait in the car that gave it an inherent imbalance when he tried driving it the way he naturally wanted to, that its rear instability often prevented him squeezing the last couple of tenths from himself.

Sainz is a driver very much at ease with oversteer and who spends some of his free time driving rally cars on loose surfaces around the Sainz family’s private track. At Toro Rosso he was frequently to be seen in the practices rescuing the car from wild angles, just establishing the limits, prior to tidying it all up for qualifying, where he was nip and tuck as quick as Max Verstappen.

So why this need for rear stability? The Toro Rosso was a more forgiving car in which he felt comfortable committing to high entry speeds, in the knowledge that he could lean against the initial shallow understeer, which would then give the building oversteer a nice progressive feel. The Renault had a higher grip level but was more edgy, in part as a consequence of its difficulty in combining the relatively softly-sprung rear end a high-rake car requires with good rear ride height and suspension control.

Hülkenberg, a driver who revels in reflex saves, using less initial steering lock, earlier braking, using the brakes to help more with weight transfer, was more at ease with the general instability of the car. Of course a driver can adapt once he understands – and Sainz did. But those last few grams of speed are always going to come easier and more consistently when you are not consciously going against your natural instincts, which are determined by the way the driver is wired up physiologically.

In other words, it’s more than feasible that a car with different traits would see the picture between the two drivers reversed. Hence why team-mate comparisons should always be treated with a healthy fudge factor.

Ricciardo, though, drives in a very similar style to Sainz. There’s a lovely flowing momentum to the way he carries the speed and controls the slide – but that’s in a Red Bull that combines heaps of rear grip with a beautifully benign handling balance. Who’s to say that he’s doing this to a higher level than Sainz or Hülkenberg, two drivers who’ve never found themselves in a car as good as a Red Bull (although the rookie Sainz lapped a Red Bull faster than Sebastian Vettel in a Silverstone test 2014)?

How Renault progresses with its general car traits between RS18 and RS19 will likely play a huge part in determining how Ricciardo stacks up against Hülkenberg. If the new car still has the ghost of the RS18’s traits inbuilt, things might just go from bad to worse for the big retainer star.

He’s a remarkable competitor and good enough to work through such difficulties – but he can be under no illusions that he’s automatically going to establish himself as the team’s number one. 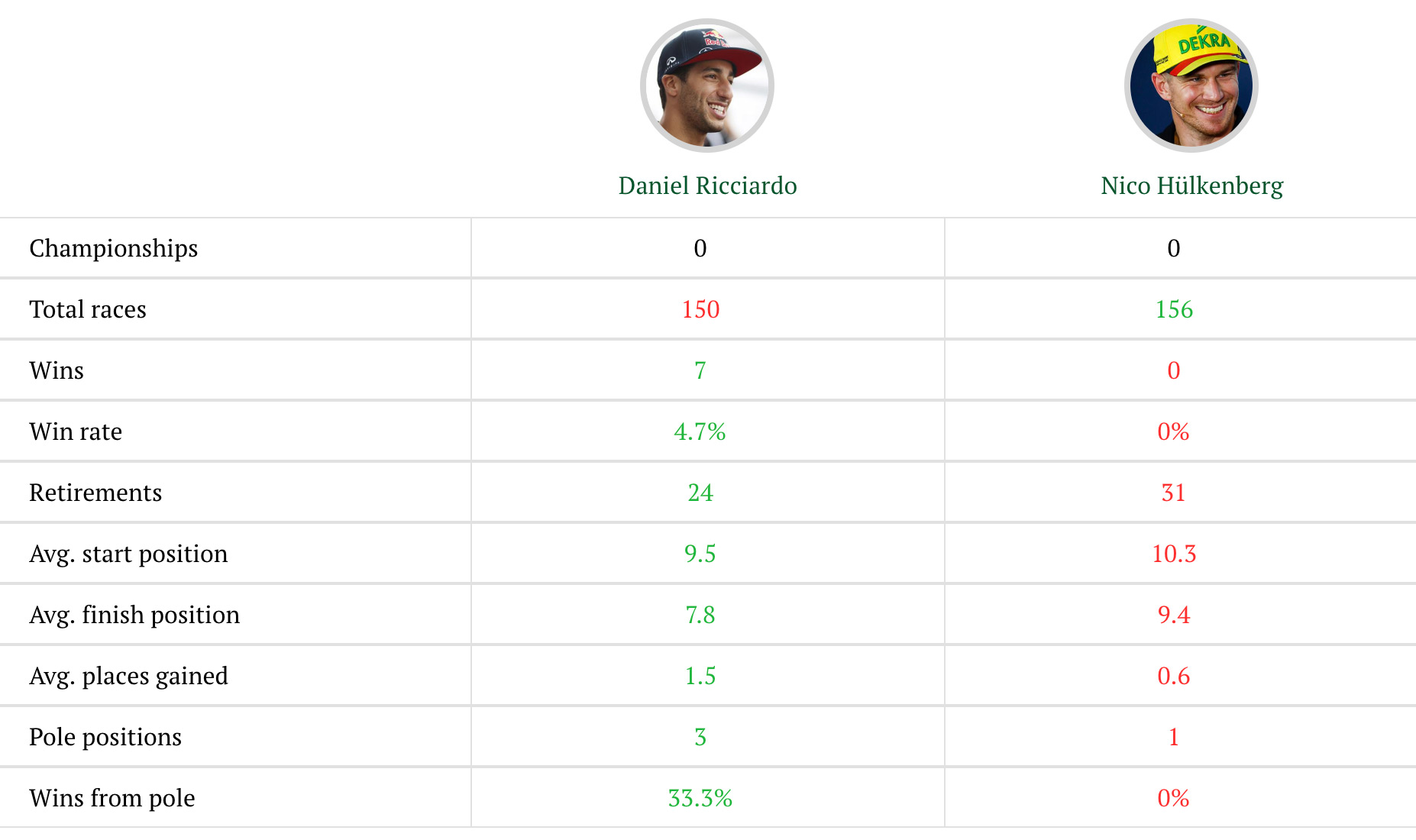