The first F1 race of 2021 is just a week away and, as is now customary, Netflix has taken a dramatic look at the previous season: Drive to Survive Season 3 is released tomorrow.

The last two series have shown F1 in all its glorious (and not so glorious) details. The blood, the sweat, the tears, the complimentary cans of Red Bull – it was all there.

As a result, Season 3 is the most anticipated yet, but it’s not simply more of the same. The new 10 episode documentary is less contrived, both in on-track action and story lines. It’s more true to the action and relatable for diehard F1 fans.

If Season 2 was the high-intensity equivalent of Michael Schumacher four-stopping his way to win at Magny Cours in ’04, Season 3 is a Lewis Hamilton one-stop race on the streets of Monaco: less spectacular in some ways, but just as accomplished.

That said, Drive to Survive Season 3 (DtS3) gets going faster than previous series, foregoing the usual yawn-inducing ‘how F1 works’ episode to head straight in to preseason testing in Barcelona, before Covid. 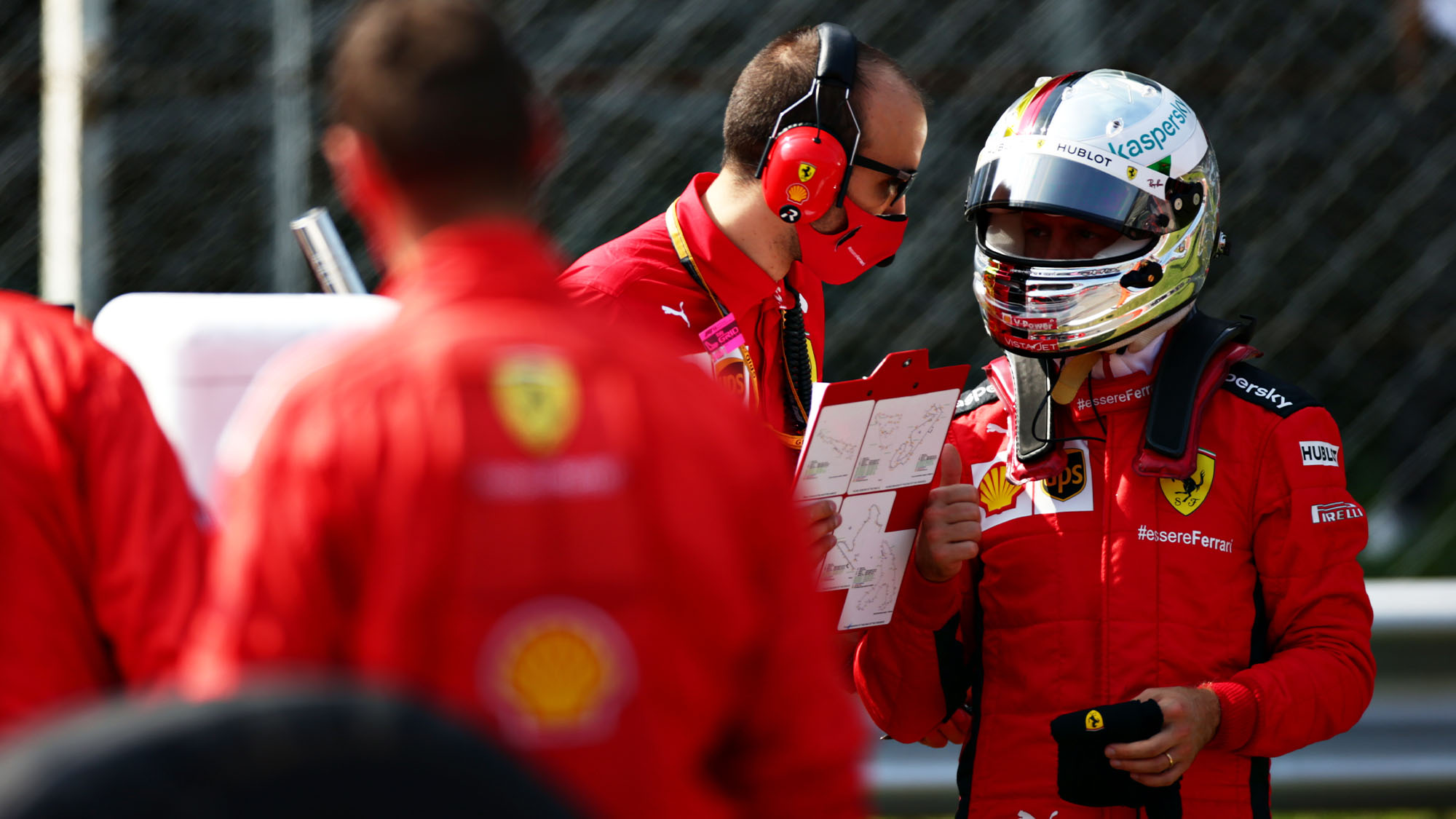 Episode 1 also examines the Racing Point ‘Pink Mercedes’ debacle in detail. It’s a bold move for a series targeted at casual viewers, as we’re left contemplating why a team might be penalised for a rule that technically may not exist. Welcome to F1!

Any regular Grand Prix viewers will recognise how bits of now-infamous 2021 radio have been copy and pasted to different moments of the season – such as into pre-season testing – to suit the storyline, but it manages to not contrive those thrilling installation laps and system checks too much.

The on-track action is covered better than ever in this series, although some key moments are missed out. Particularly glaring is the meagre coverage given to Lando Norris‘s final lap heroics in Austria. It makes you question the wisdom of having two executive directors who are by their own admission not F1 fans. 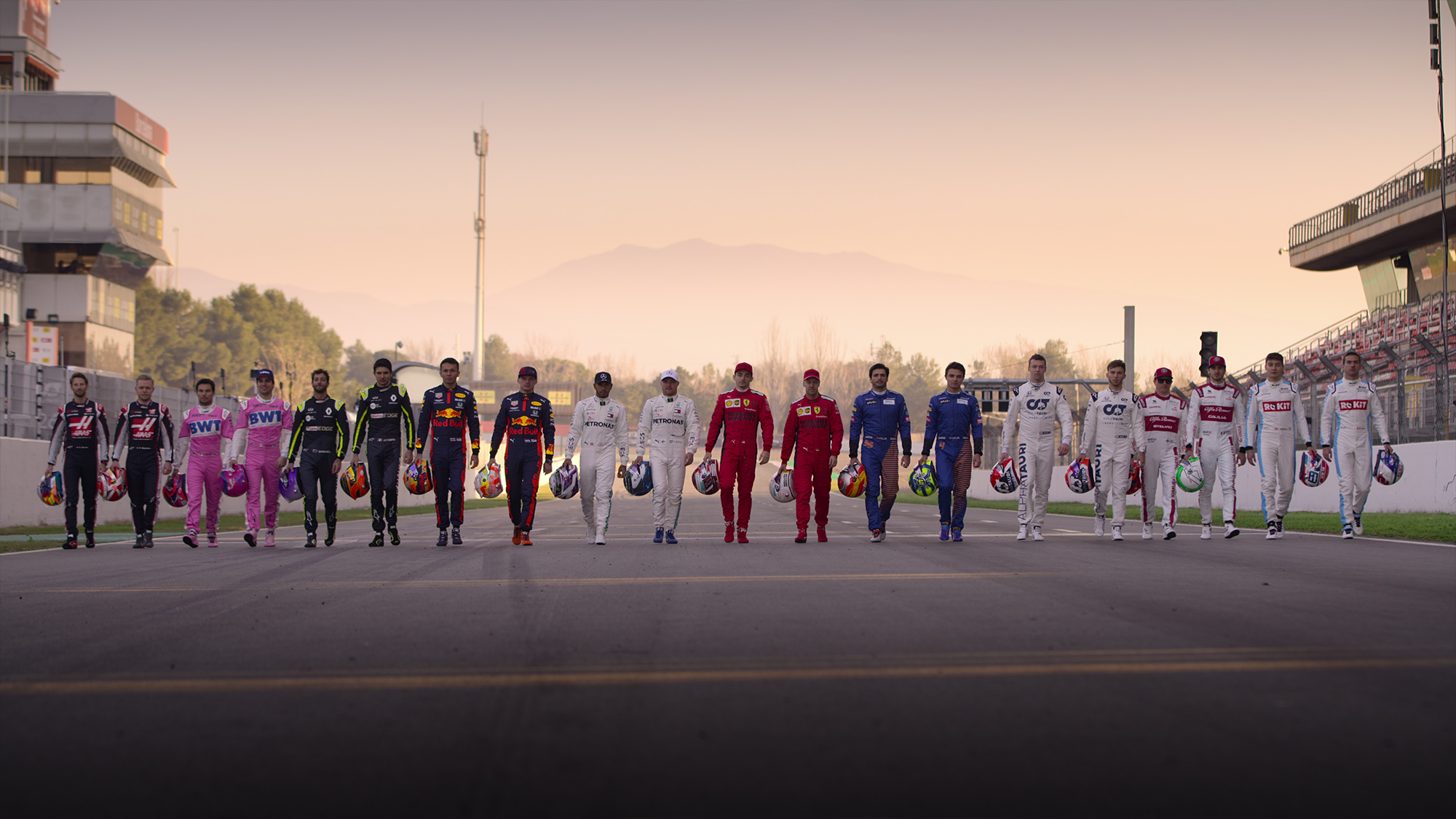 Season 3 of Netflix’s immensely popular series Drive to Survive has landed. Editing is complete with the full trailer and series now finally released. Below we have the full rundown…

Before any racing can begin, though, F1 comes grinding to a halt in Melbourne due to Covid-19, but F1 personnel don’t have much new insight to bring – Hamilton’s “cash is king” comment remains the standout remark.

Mercifully, the series spends little time focusing on what drivers get up to in the extended off-season, instead getting back to the action in Austria quick.

The revised season is all seemingly sorted with one quick phonecall from Liberty CEO Chase Carey to McLaren boss Zak Brown.

As we swiftly move on, the Mercedes and Ferrari episodes are given star billing — and with good reason.

An examination (by all team members) of the Valtteri Bottas psyche and how he copes with being crushed by Hamilton week in, week out is fascinating.

Bottas and his agent do things the Finnish way, having a heart to heart on his career prospects whilst enjoying/enduring a steamy sauna.

He then attempts to take this ‘balls out’ attitude to the track – by going slower. It’s all part of the Bottas masterplan.

Things get a bit emotional as ‘Botman’ shows how he’s not afraid to play dirty in Sochi, giving Max Verstappen a tow in qualifying and thus affording the Mercedes a more favourable starting position.

Watching the different Silver Arrow factions grate against one another in reaction to this situation is essential viewing. A contrast to the united front that the team is at pains to demonstrate in public.

Similar to Bottas, but perhaps on another level, we see a new Sebastian Vettel. Fresh from learning he’ll be dumped by Ferrari come the end of 2020,  he now constantly makes mischievous remarks at press events and revels in the cringe-worthy communications meetings which proceed each new Scuderia disaster.

Far removed from the PR pap of the first Ferrari episode in DtS2, this is full-on Modena meltdown.

The car’s rubbish, their world champion driver hates them and now they’re the laughing stock of the whole grid to boot.

Seeing other teams’ glee at this situation might be painful for some Ferrari fans, but it’s a standout episode in the short history of DtS. 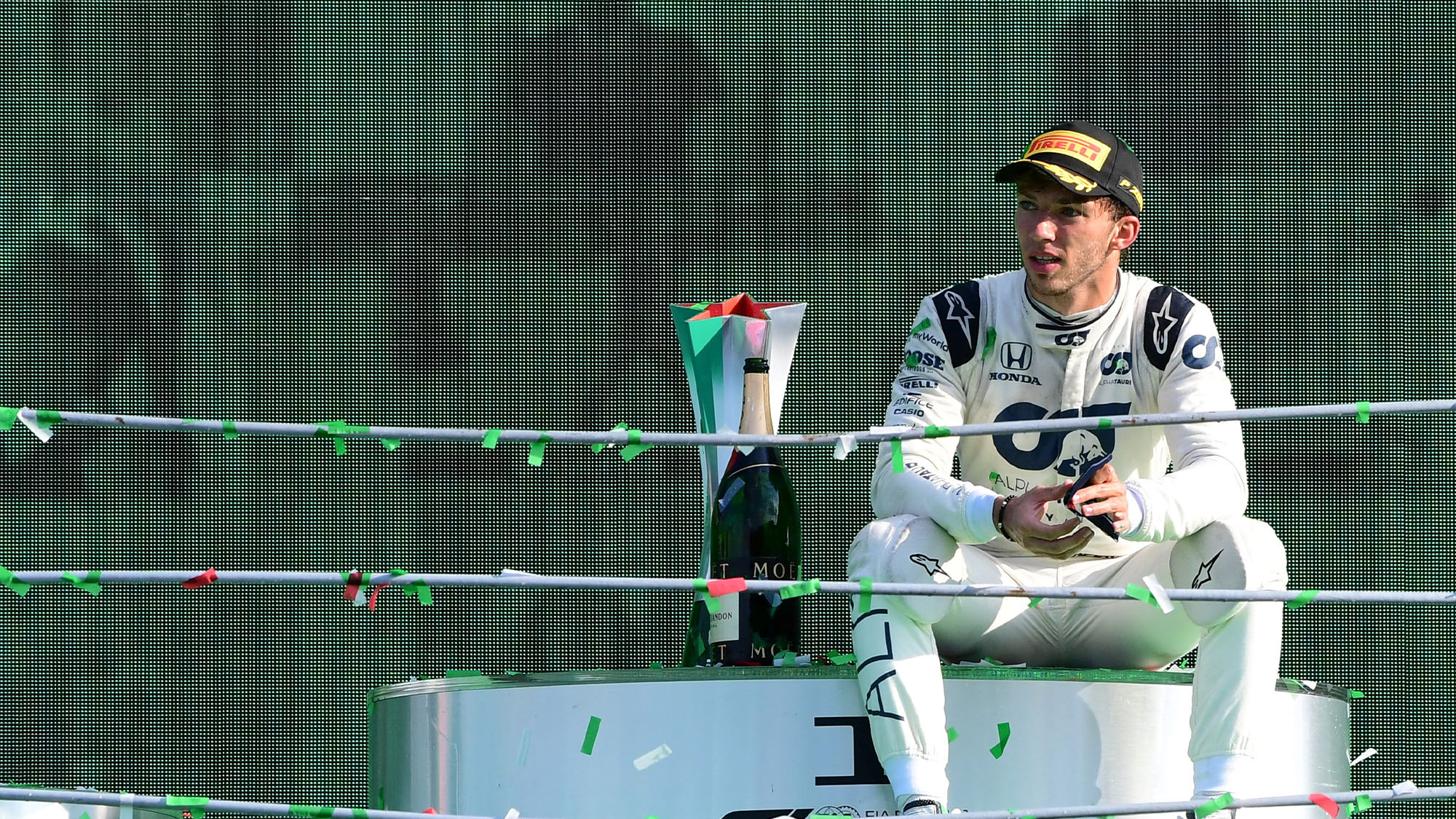 Both Merc and Scuderia instalments – and many others – feature Red Bull bosses Christian Horner and Helmut Marko comprising a ‘two stooges’ role as if in some kind of Shakespearean play.

After one event or another plays out on the grid, the shot frequently pans to ‘Horner and Helmut’ as the two chuckle, ho-hum and pass down judgement between themselves.

Of course, it wouldn’t be DtS without a full season’s worth of Red Bull crucifying at least one of their drivers, with Horner clearly relishing the ‘kingmaker’ role. Alex Albon is the case in point this time but, of course, last year’s victim Pierre Gasly gets pulled into proceedings as well.

Hearing Gasly’s reaction to what Horner says about him in a radio interview, as the Frenchman travels to the Italian Grand Prix – which he then wins – more than proves DtS’s worth. The timing is incredible.

The breakdown of the Cyril Abiteboul / Daniel Ricciardo relationship is hilarious – we’re left wondering whether the most irritable man in motorsport might ever get over losing his smiling sweetheart.

When the Australian announces he’s leaving Renault, Abiteboul expresses just how gutted he is. They had so many plans, so many dreams! The Renault team boss admits he’s an emotional man – shock horror – hence his testy reaction to Ricciardo’s departure via press release and everything that followed. 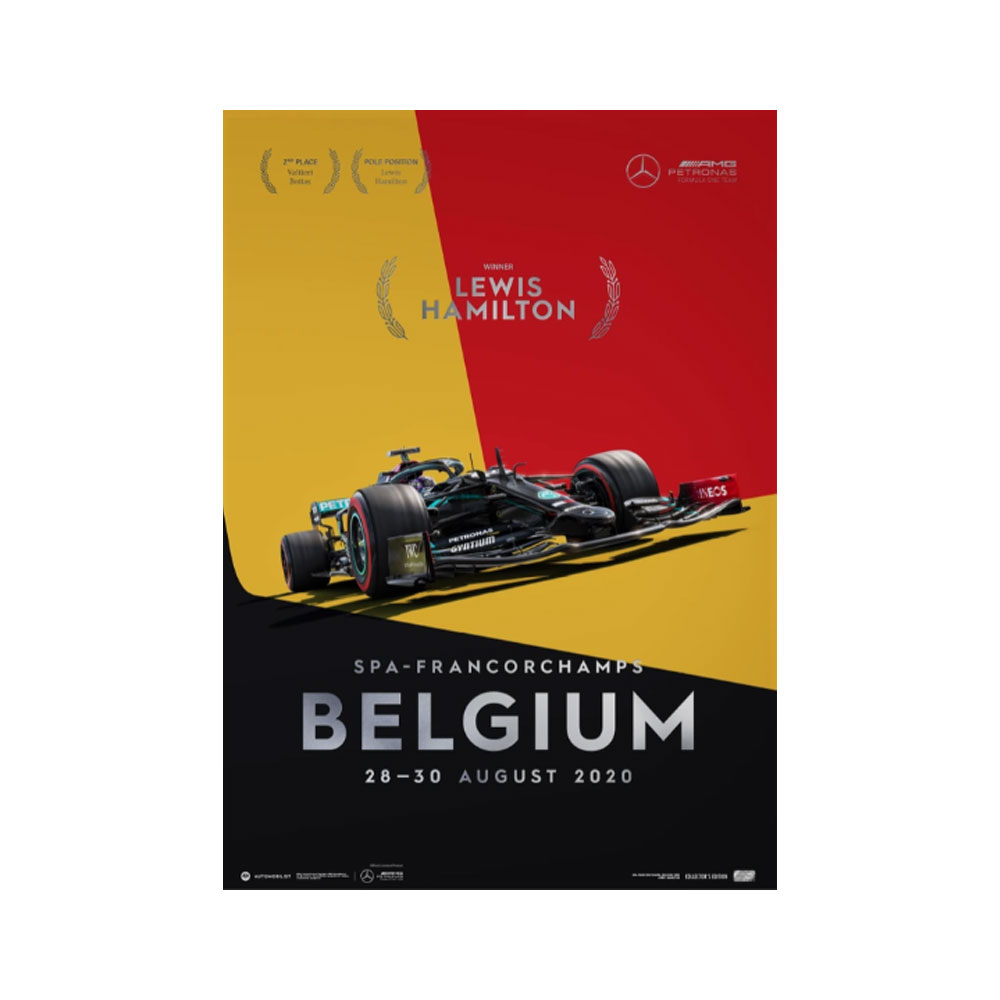 You can almost feel the chill come down from the Styrian mountains upon Cyril’s greeting to Ricciardo at the first race of the season, as the two exchange something far removed from pleasantries.

Still, we know the romance will never die really, as that previously elusive podium heralds modern history’s most anticipated tiny tattoo. In the ‘Big C’s’ words: ‘You cannot not love Daniel’. Aww.

Gunther Steiner and his Anglo-American Haas operation aren’t quite the clown show that everyone might be hoping, instead being a personification of the difficulties of surviving in F1.

It helps to look more serious when your main sponsor isn’t a Grateful Dead member stunt double who markets an elusive drink whilst helicoptering into the Royal Automobile Club, but Steiner still manages to pop up with some iconic lines to entertain during this series.

That said, considering their new 2021 title sponsor is a Russian oligarch who appears as if he could easily play any Roger Moore-era Bond villain, Haas in S4 should be extremely entertaining.

On that subject, it is bizarre that nothing is said about the Nikita Mazepin controversy. Although admittedly this all occurred very late in the season, it is still important and central to the narrative Netflix have wrapped around Haas for DtS3, so you do feel they could have squeezed it in.

Steiner also talks the talk – and walks the requisite walk – on how things like driver negotiations are shown as one thing in the F1 press, but in reality are quite another.

The case in point in DtS3 is his campaign to sign Mick Schumacher, one of many reasons why F1 fans should watch to find out what ‘really’ goes on.

The Romain Grosjean crash is of course covered. DtS3 addresses the emotions of all the F1 staff up and down the pitlane in a way that gets the nub of the situation without at all seeming crass. Such a harrowing moment is unlikely to have been covered in a sports documentary like this before. 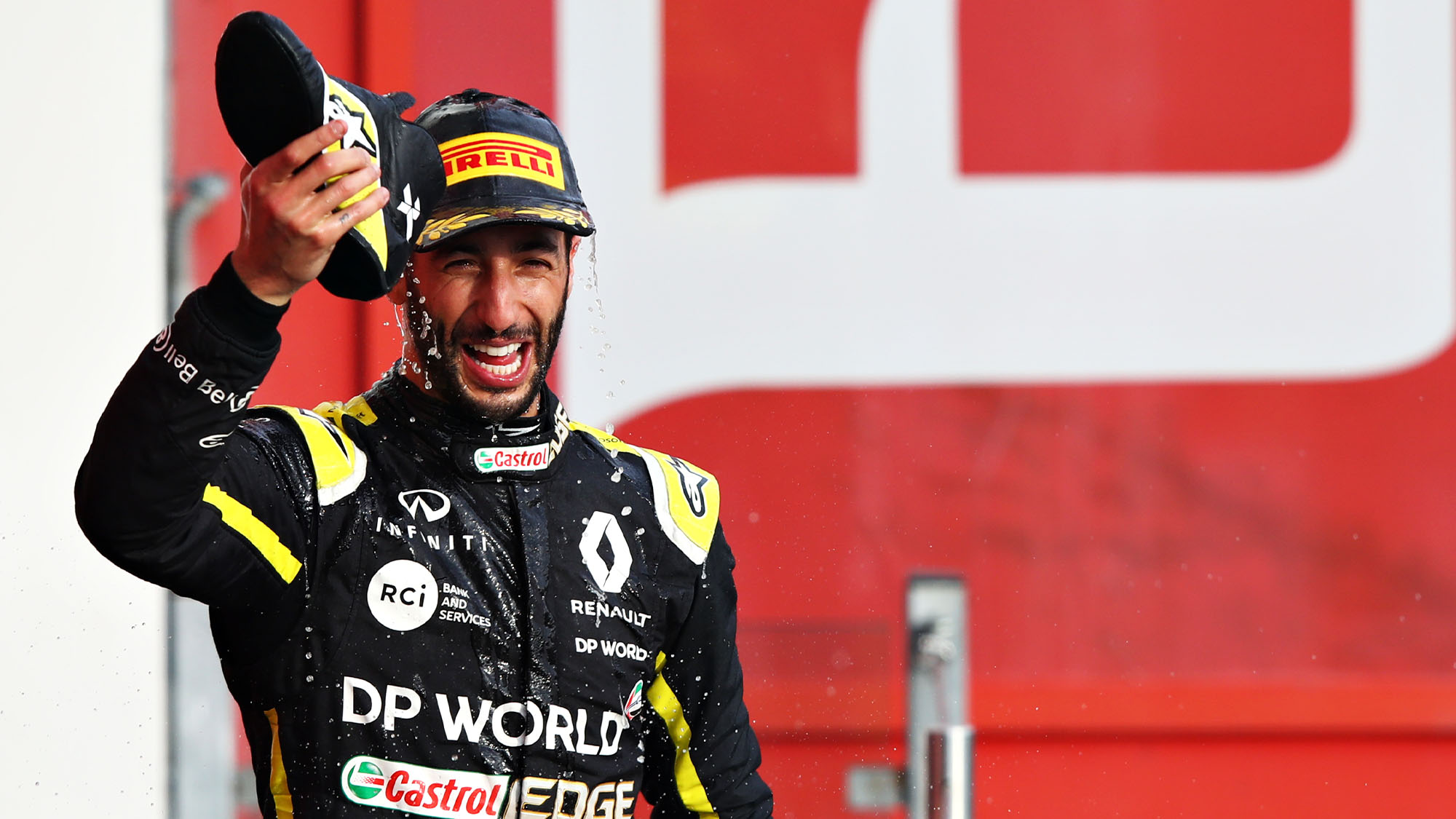 Ricciardo’s Renault shoey – will the podium be enough to make it up to Cyril Abiteboul?

A gripe of this writer’s in Series 2 was the lack of diversity shown in presentation. Will Buxton was the only talking-head featured who isn’t employed by a team.

This time they’ve added to the talking-head roster – by one. Now Jennie Gow is employed alongside Buxton on the team of ‘Experts Who Say Very Obvious Things’.

Perhaps the strangest aspect of all through DtS3 is their coverage of the BLM movement and F1’s reactionary campaign for diversification – ‘We Race As One’ – which followed.

The subject is conspicuously absent throughout almost the whole series, and you’re left wondering when they’re going to talk about it – if at all.

DtS3 leaves it till the very last moment, giving Lewis Hamilton five minutes to say his bit at the end.

There’s no word from any other drivers, team bosses, or Formula 1 Management.

It’s possibly the only thing you could say is fundamentally wrong with DtS – but it’s a huge, glaring fault.

However, if you’re willing to put that to one side – and there’s likely to be many who justifiably won’t – the series truly is an enjoyable watch.

All in all DtS3 is a slower burner than previous series, but one very much worth sticking around for. 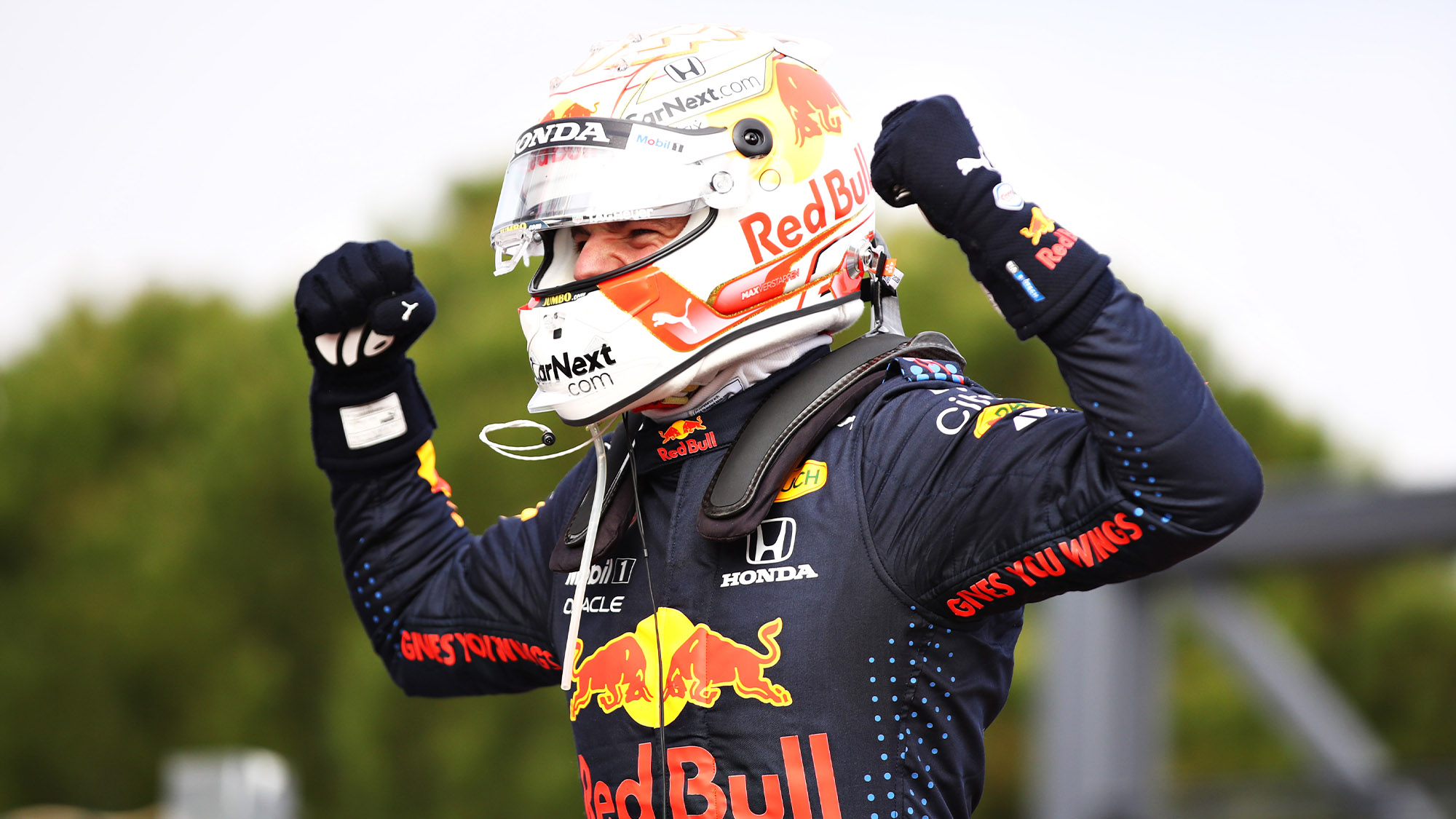 Round one went the way of the Mercedes driver but this time it was Max Verstappen's turn to secure a brilliant victory at Imola ahead of his title rival. Lewis… 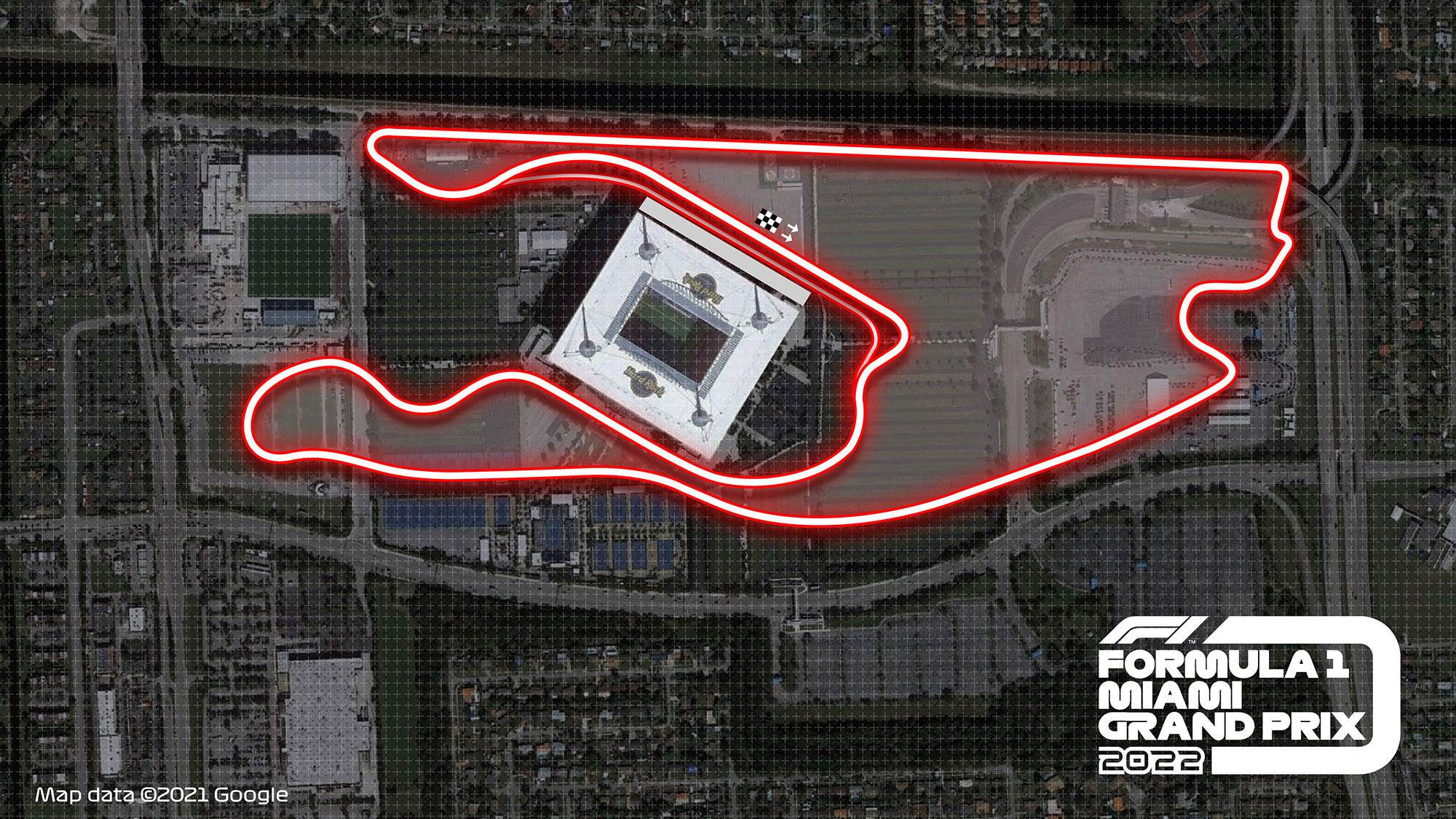 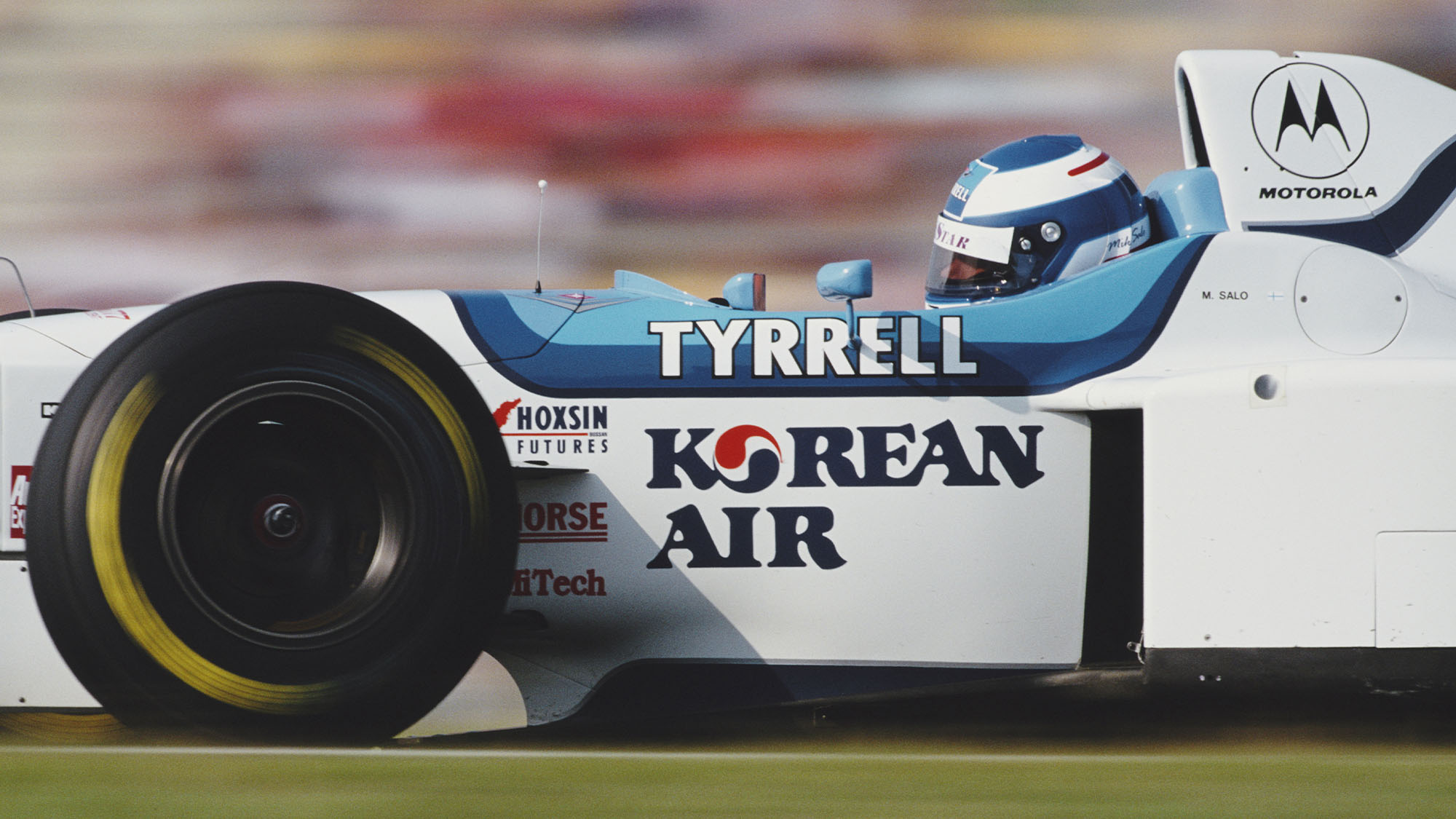