Racing Point will be rebranded Aston Martin from next year after co-owner Lawrence Stroll took a £182m stake in the carmaker.

The team has said that it will be known as Aston Martin F1 for at least ten years, following the investment by a consortium led by Stroll.

Stroll and his co-investors now own 16.7 per cent of Aston Martin following an emergency funding round for the troubled manufacturer.

The Canadian billionaire will become executive chairman of Aston Martin, which has seen its value slump since floating on the stock market at £19 per share in October.

Poor 2019 sales, reduced revenue forecasts and investment in a new Welsh factory had left the company low on funds. Its new DBX SUV, which is hoped to double the company’s sales, will only arrive later this year.

Stroll bought newly-issued stock at the price of £4 per share.

“I, and my partners, firmly believe that Aston Martin is one of the great global luxury car brands,” said Stroll. “I believe that this combination of capital and my experience of both the motor industry and building highly successful global brands will mean that, over time, we fulfil Aston Martin Lagonda’s potential.”

In addition to the naming agreement, Aston Martin will have a stake in the Formula 1 team, and will also be a sponsor for at least five years.

Following the announcement, Red Bull Racing said its current deal with Aston Martin would come to an end at the conclusion of the 2020 season.

The team said that it has “agreed to release Aston Martin from its Formula 1 exclusivity clause which in turn has allowed it to generate the necessary investment required to re-finance and pursue alternative opportunities within the sport.”.

Aston Martin will continue its partnership with Red Bull Advanced Technologies until the jointly-developed Aston Martin Valkyrie is delivered.

Stroll led a group of investors that bought what was then the Force India team for £90m in 2018. Since then, the renamed Racing Point outfit has seen an investment of £25million in a new factory at Silverstone. Sergio Perez has signed for three years and the future of his team-mate Lance Stroll, would appear to be secure. 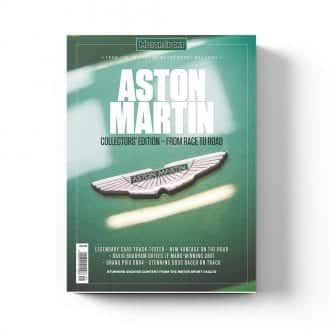