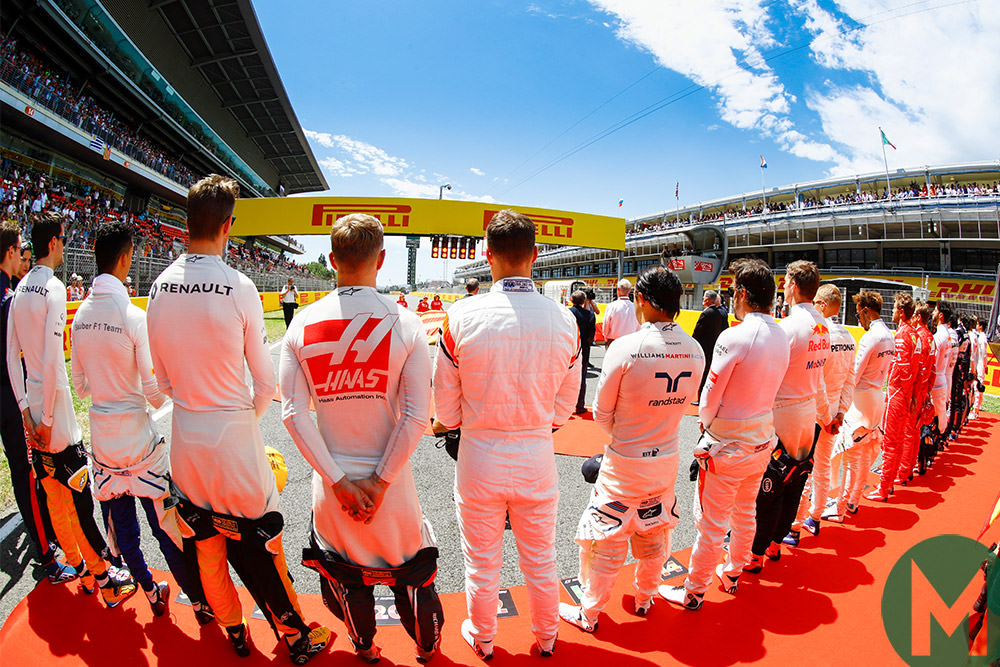 As Mario Andretti observes in a forthcoming magazine piece, Formula 1 is a selfish business, never more so than when it comes to your relationship with your team-mate, “Because as one stock goes up the other one has to come down.”

Careers are made or lost on these team-mate comparisons – and you are either at the top, on your way there, or your career has stalled. Working your way up the grid, getting into ever-faster cars year-on-year until you’re in a title contender is heavily dependent upon showing the guy on the other side of the garage a clean pair of heels.

In any given season there will be team line-ups with a lot hanging on the outcome, others that are less sensitive. On the eve of the 2018 season, we’ve graded those sensitivities.

Red Bull: Max Verstappen and Daniel Ricciardo. The momentum was with Verstappen last year as he became ever-stronger with more experience – and that was the first time there’d ever been a check put upon Ricciardo’s F1 career. He needs to be able to halt that seemingly inevitable Verstappen momentum and compete on at least equal terms. If he cannot do that, his status earned as Vettel’s vanquisher in 2014 slips a little. As such, his appeal to both Mercedes and Ferrari would lessen slightly. With such a prodigy of a team-mate, 2018 could be his final chance to become a future world championship contender.

Sauber: Charles Leclerc and Marcus Ericsson. To retain the perception that he’s a ‘special one’, rookie Leclerc needs to dominate Ericsson in a way that Pascal Wehrlein didn’t really manage. Should he do that, and in the process produce a few eye-catching performances that obviously transcend the car’s level, then he could be one step closer to the ultimate target – that of being the long term Vettel replacement at Ferrari. 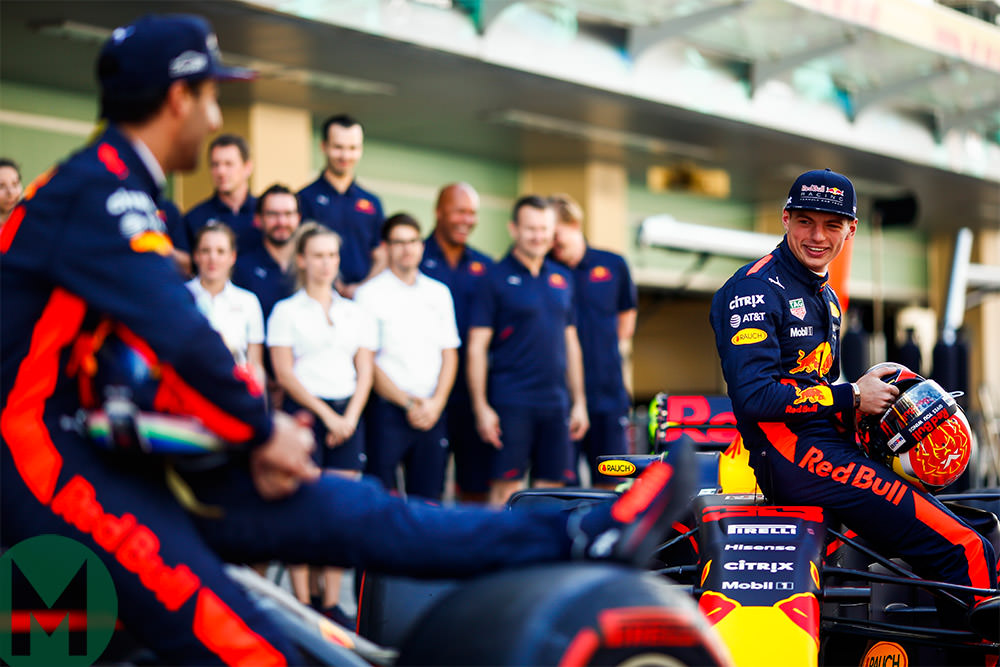 Mercedes: Lewis Hamilton and Valtteri Bottas. Bottas began well at Mercedes in 2017, slipped badly into the second half of the year and recovered in the last three races. So sometimes he looked like a genuine Rosberg-level driver who could compete over a season with Hamilton. Other times he looked a number two. With just a one-year contract extension, he will need to string together his best stuff. If not, he may never get back into a title-contending team.

McLaren: Fernando Alonso and Stoffel Vandoorne. Vandoorne has got pressure from both sides – trying to out-perform Alonso, a recognised solid gold ace, against the backdrop of the huge promise of third driver Lando Norris. Vandoorne looked sensationally good on his way up, but if his career is not to stall he needs this year to go toe-to-toe with Alonso in a way he didn’t really manage in his rookie season. A great career could be hanging in the balance here.

Force India: Sergio Pérez and Esteban Ocon: In his first full season Ocon gave as solid a performer as Pérez a seriously hard time, but Pérez was ahead over the season in both qualifying and races. Had it been Alonso or Vettel he was pushing hard and only just losing out to, then Ocon would be considered red hot. To attain that status this year, he needs to consistently out-perform the Mexican, which is easier said than done for Pérez has few weaknesses and is very combative. Another season of close equality and the top teams will likely be looking past Ocon as a candidate for superstardom, just as they have done already with Pérez.

Renault: Nico Hülkenberg and Carlos Sainz. Both could survive being evenly matched as their reputations are quite hot at the moment – this despite it being Hülk’s seventh year in the category and still without a podium. But should one dominate the other, the loser’s credibility as a potential team leader of a front rank team would take quite a hit. 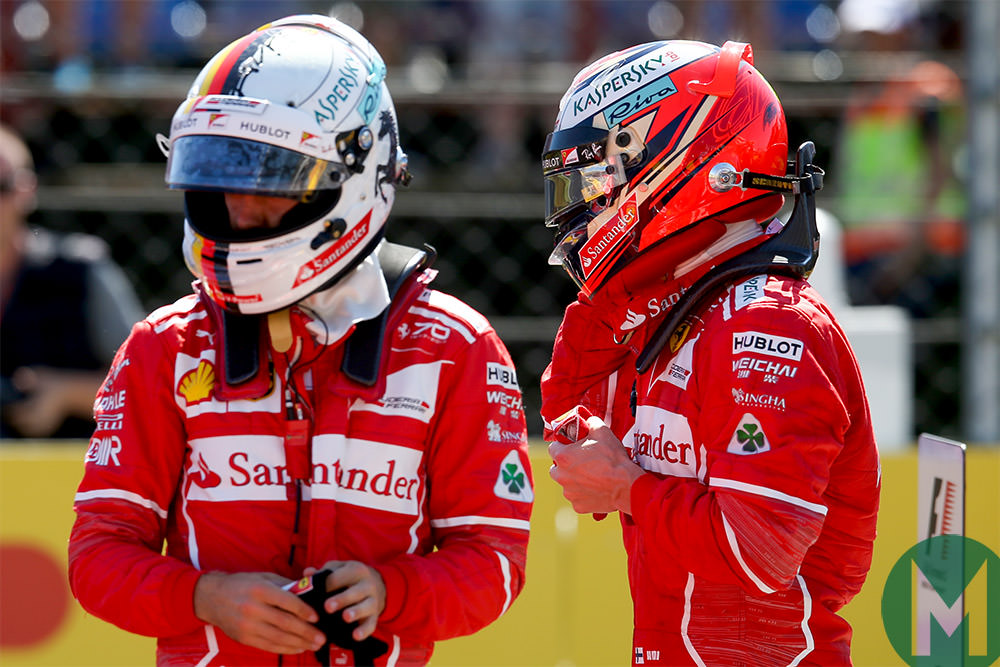 Ferrari: Sebastian Vettel and Kimi Räikkönen. Vettel’s the number one, Räikkönen the old pro who knows his place, still being paid well in his 16th year of F1. It’s almost inconceivable he would consistently beat Vettel. Whether Räikkönen gets yet another extension depends less on his performance and much more on that of the other candidates for his drive.

Toro Rosso: Brendon Hartley and Pierre Gasly. If Ricciardo chooses to move on from Red Bull at the end of the year, could one of this pair be promoted? It would take an exceptional performance by one of them to be favoured over Sainz. Gasly is very quick, yet underrated – the worst possible combination for Hartley. He’s going to be tough to beat but if he does, so what? If he doesn’t…

Haas: Romain Grosjean and Kevin Magnussen. Barring exceptional circumstances, both drivers have almost certainly already fallen through the cracks of opportunity in terms of drives in a title-contending team. They have some great qualities, Grosjean especially. But it’s been too long now.

Williams: Sergey Sirotkin and Lance Stroll. If one can consistently dominate the other, he might have a chance of being perceived as more than just a pay driver. Sirotkin definitely has that potential, Stroll has yet to display the consistency and real desire, though is not without talent.