Despite the ever-rising costs of Formula 1 in the 1990s, new teams were still clamouring to get into grand prix racing. The glamour, sporting accolades and dreams of money to be made still drew in would-be teams from far and wide.

Misguided manufacturers, salubrious businessmen and overambitious junior squads all ended up over-reaching themselves in attempting to get into the big leagues. As a result, an era lit up by the speed and technical wonders of the Williams FW14B, McLaren MP4/5 and Benetton B194 also played host to some of the most hopeless grand prix cars ever seen, as well as a fair few unraced curios. We detail the worst and weirdest of a bad bunch below. 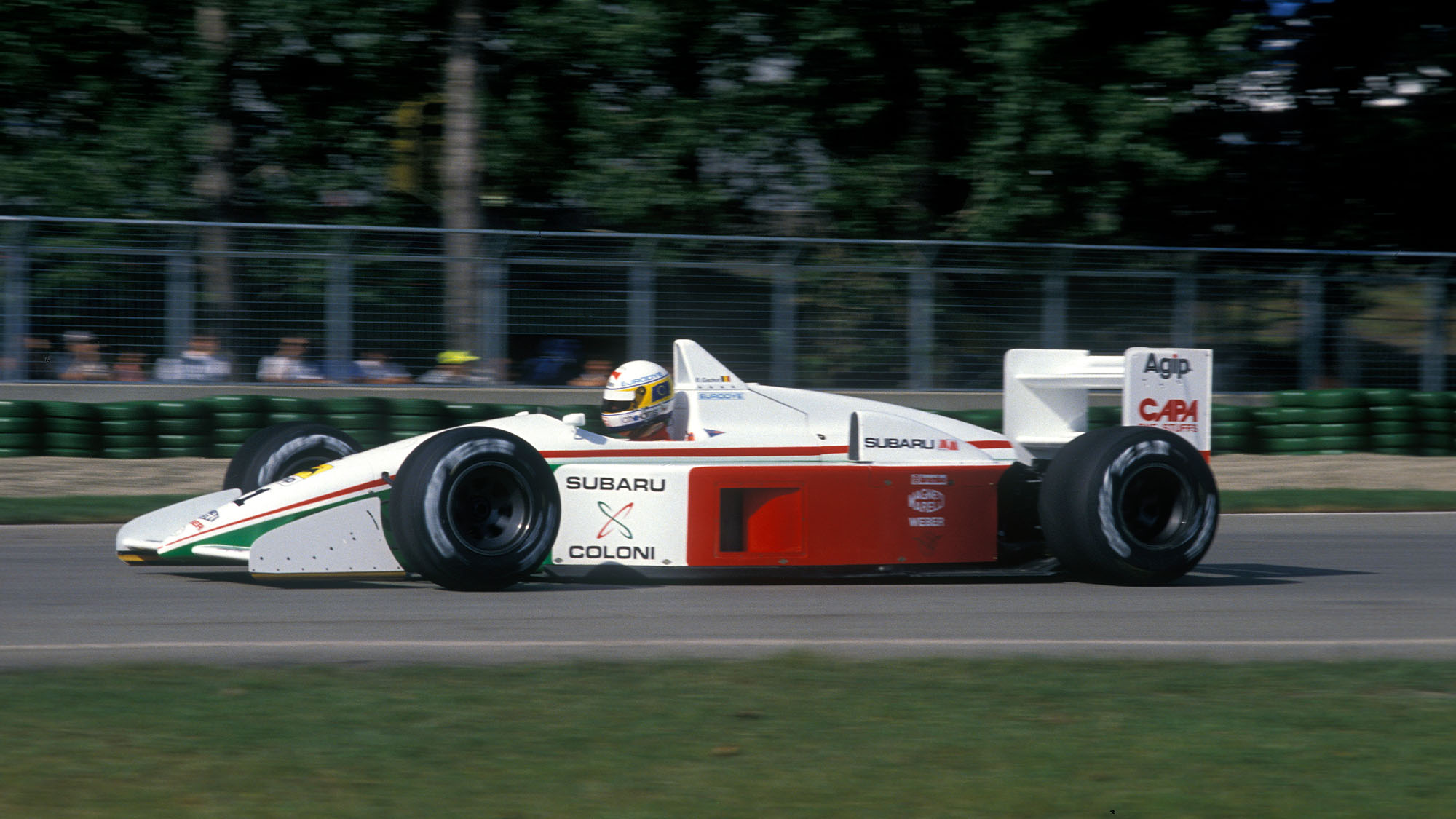 Looking to get a foothold in grand prix racing, Japanese car manufacturer Subaru had employed Carlo Chiti to design it a flat-12 engine, similar to that used in its road cars. Subaru initially offered the engine to Minardi in 1989, and the pair conducted testing together before the partnership broke down and Subaru instead linked up with Coloni, buying 51% of the team for good measure.

The resultant C3B was apparently assembled in Phoenix on the first race weekend 1990 and, depending who you believe, shaken down in an American car park.

The Coloni looked aerodynamically basic, but the engine was its biggest problem. Producing only 500bhp, it was almost 200 horses down on that year’s championship-winning McLaren-Honda.

With a car that was also overweight and unsurprisingly ill-handling, Bertrand Gachot, the team’s only driver, failed to pre-qualify the C3B for eight races in a row at the start of 1990. Previously optimistic Subaru sold the team back to original owner Enzo Coloni (they had fired him earlier in the season) and the team fitted a Cosworth engine back into a revised C3C chassis.

Gachot and co gave their season a true sense of symmetry by failing to qualify for the next eight races in row anyway.

Pedro Chavez valiantly took on the mantle for the next season with the C4, managing to not pre-qualify for 13 consecutive races, before Naoki Hattori scored a brace of DNPQs at 1991’s end.

Two seasons’ worth of DNQs. Wow. 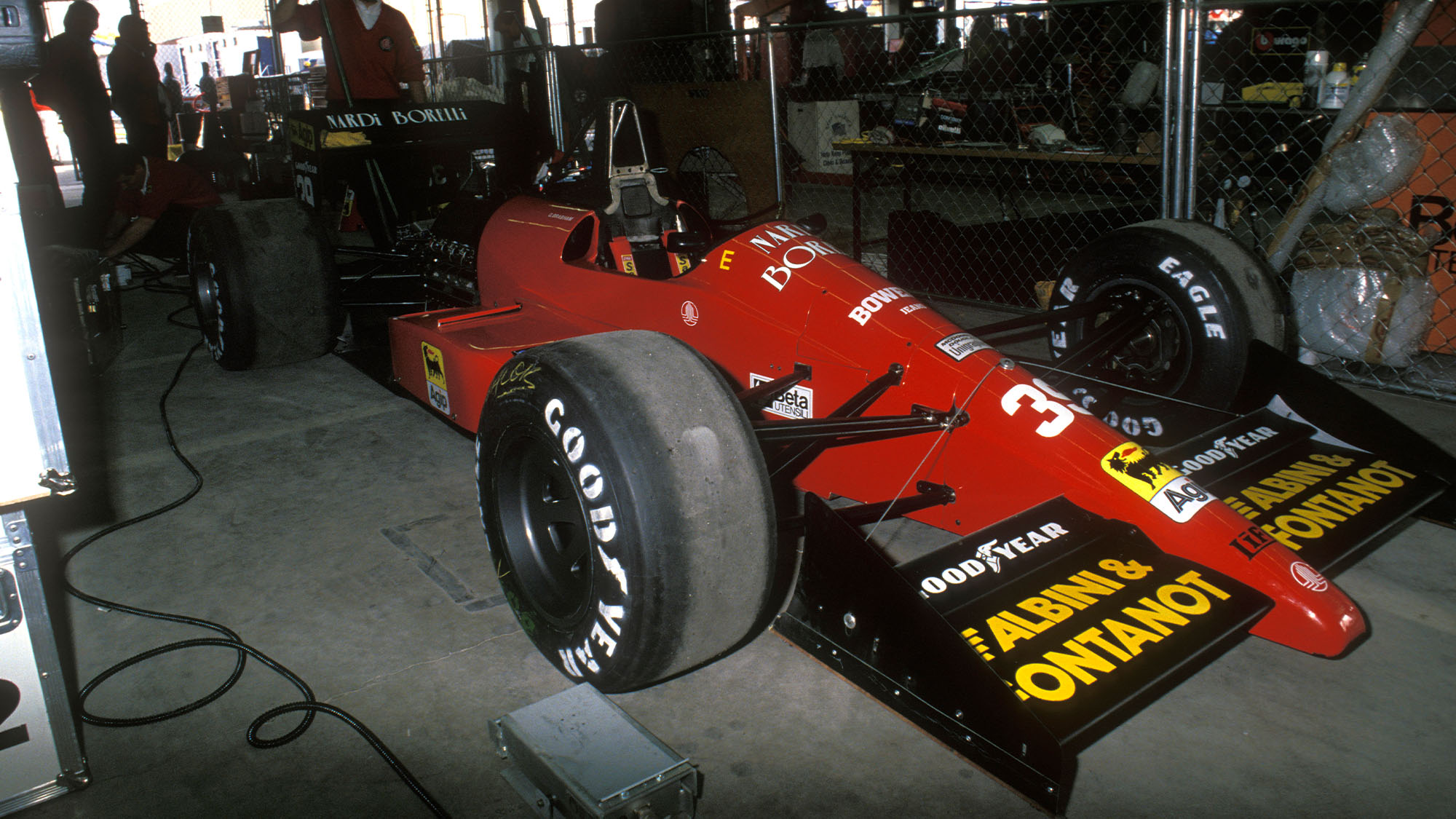 The car was bought from the never-raced First project, so was a year out of date as well as being awful. Its W12 engine had those endearing dual qualities of being both overweight and underpowered, producing only 480bhp whilst the screaming banshees of Honda and Ferrari were pumping out close to 700.

The 190 was unbelievably 35sec off the next pre-qualifier on its debut in Phoenix ’90. It would have been left standing in an F3000 race of that era and was only on a par with that era’s F3 machinery.

Brabham later said the car didn’t have a tachometer and that the team had to borrow a tyre pressure gauge from EuroBrun.

Bruni Giacomelli (who admitted he was scared of being hit by other cars due to being so slow) replaced him and impressively failed to pre-qualify for 12 races on the bounce, before all concerned decided it was best to call it a day. 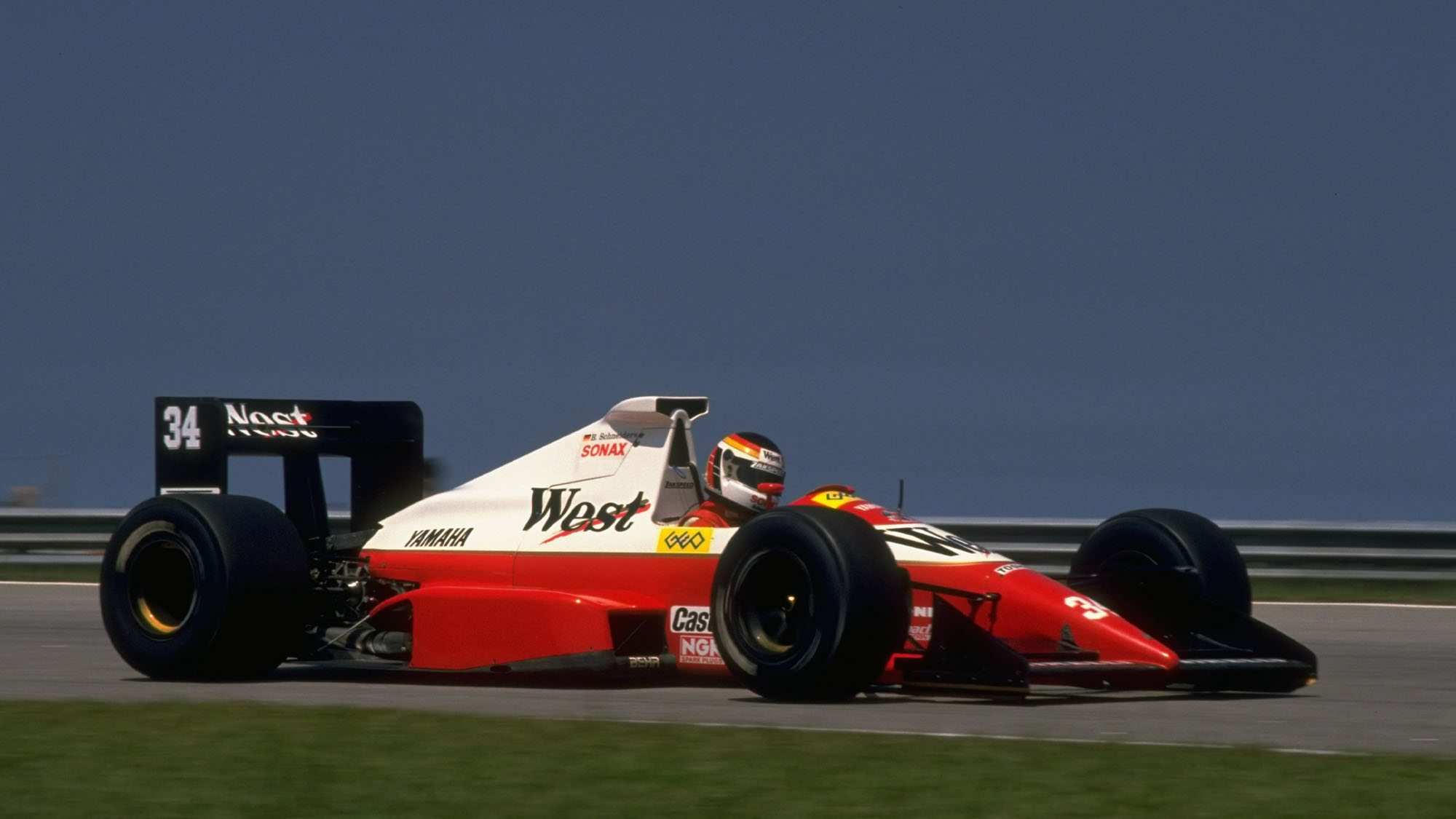 The last Zakspeed F1 car to run on track, the 891B was penned by mercurial designer Gustav Brunner.

In an Estoril test in early 1990 the car showed the speed to outpace other F1 backmarkers Minardi, Osella, EuroBrun and BMS Dallara (admittedly not grand prix royalty). The team missed the FIA deadline for entry into that year’s F1 season though, never to race in F1 again. 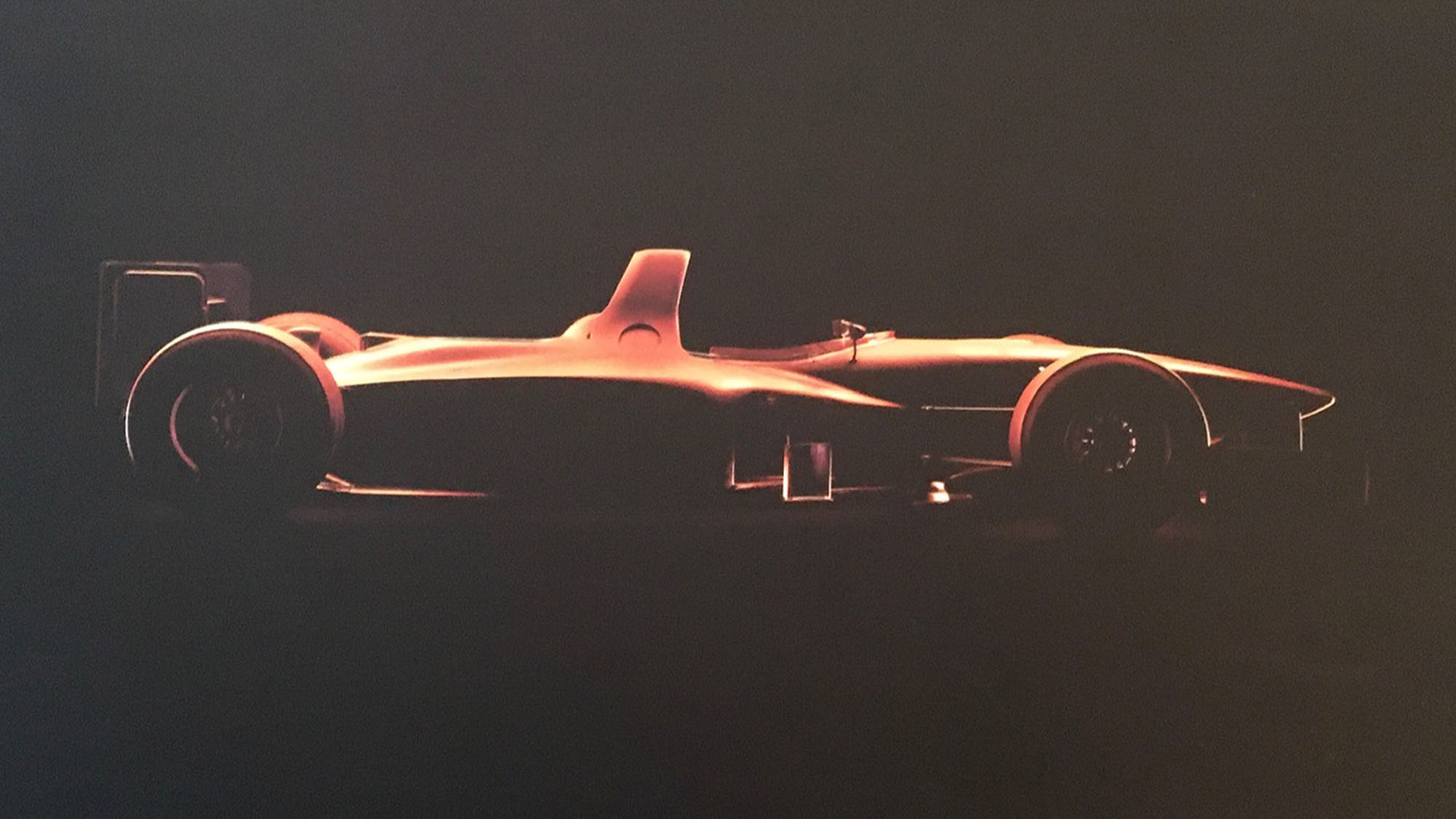 Lola’s hopeless 1993 effort the T93/30 was the equivalent of the racing anchor, dragging its customer BMS Scuderia Italia squad down with it.

The British racing constructor were undeterred though, pressing on with the slow car’s successor, the T95/30.

Allan McNish tested the Ford-engined T95, which wasn’t without its aesthetic charms as it featured a CART-inspired airbox, but looks weren’t enough as a title sponsor couldn’t be found to fund the project through ’95. Regulation changes then made the car obsolete for ’96.

The car was succeeded by the T97/30 for entry into the ’97 season, funded by Mastercard. Read more on that below. 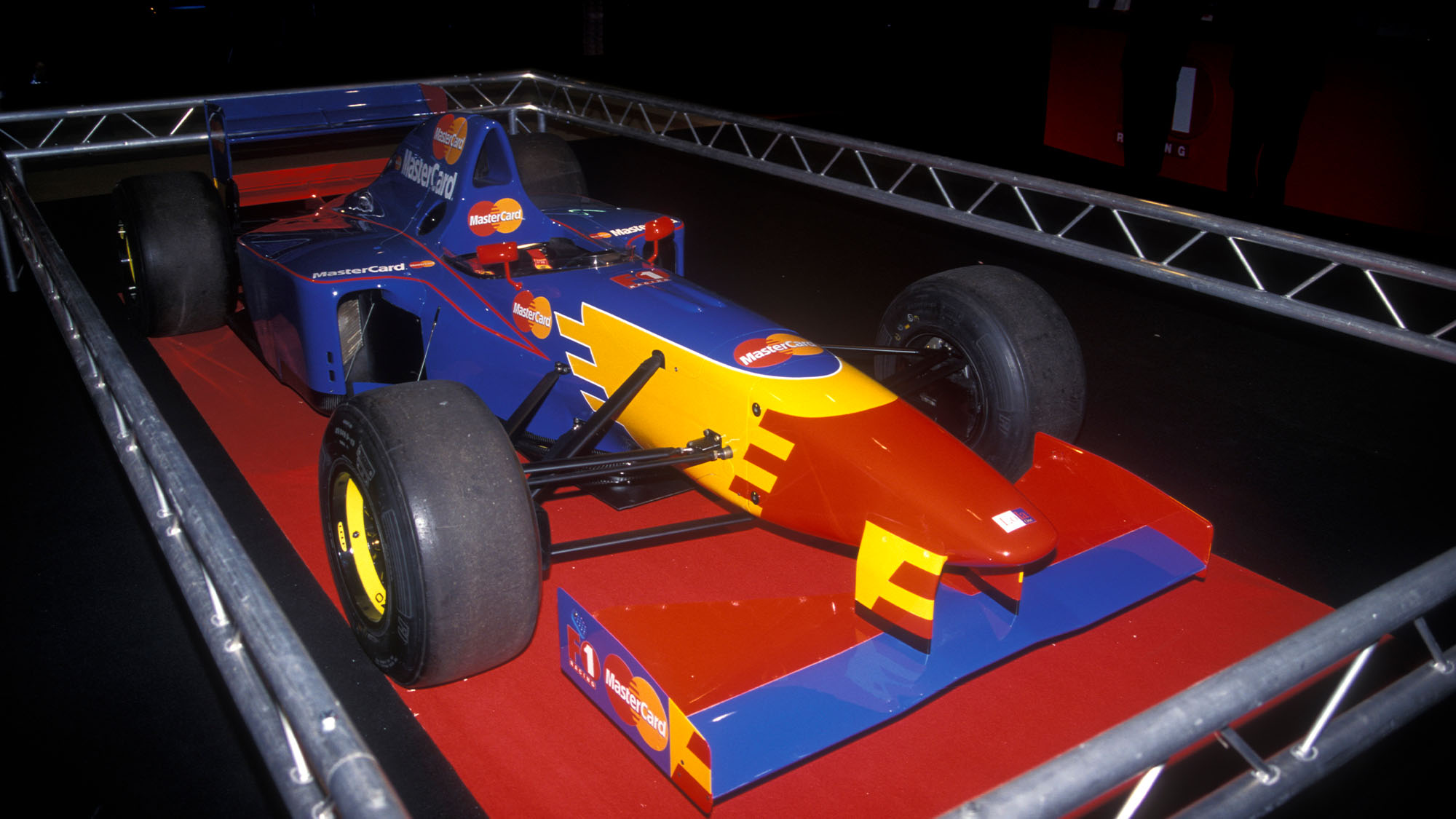 Lola came back for more in 1997, producing what might be the most storied of all unraced F1 cars, the T97/30. Unfortunately, it was a year earlier than the Huntingdon squad wanted, but the big-money backer Mastercard insisted on a ’97 entry.

Even casual onlookers, when comparing it to the front-running cars of the day, could probably have guessed the T97/30 looked underdeveloped. 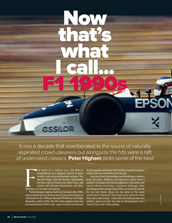 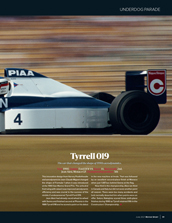 The car was completed only weeks before the ’97 season began, having run next to no mileage.

Vincenzo Sospiri and Ricardo Rosset were in the car for the season-opener in Melbourne, but both found the car to have too much drag, not enough downforce and had trouble getting its tyres up to temperature.

The two were 11.6sec and 12.7sec off the pace respectively, predictably failing to qualify.

The team travelled to Interlagos for the next round, before Mastercard decided to withdraw its support, leaving the cars stuck in the garage the entire weekend. 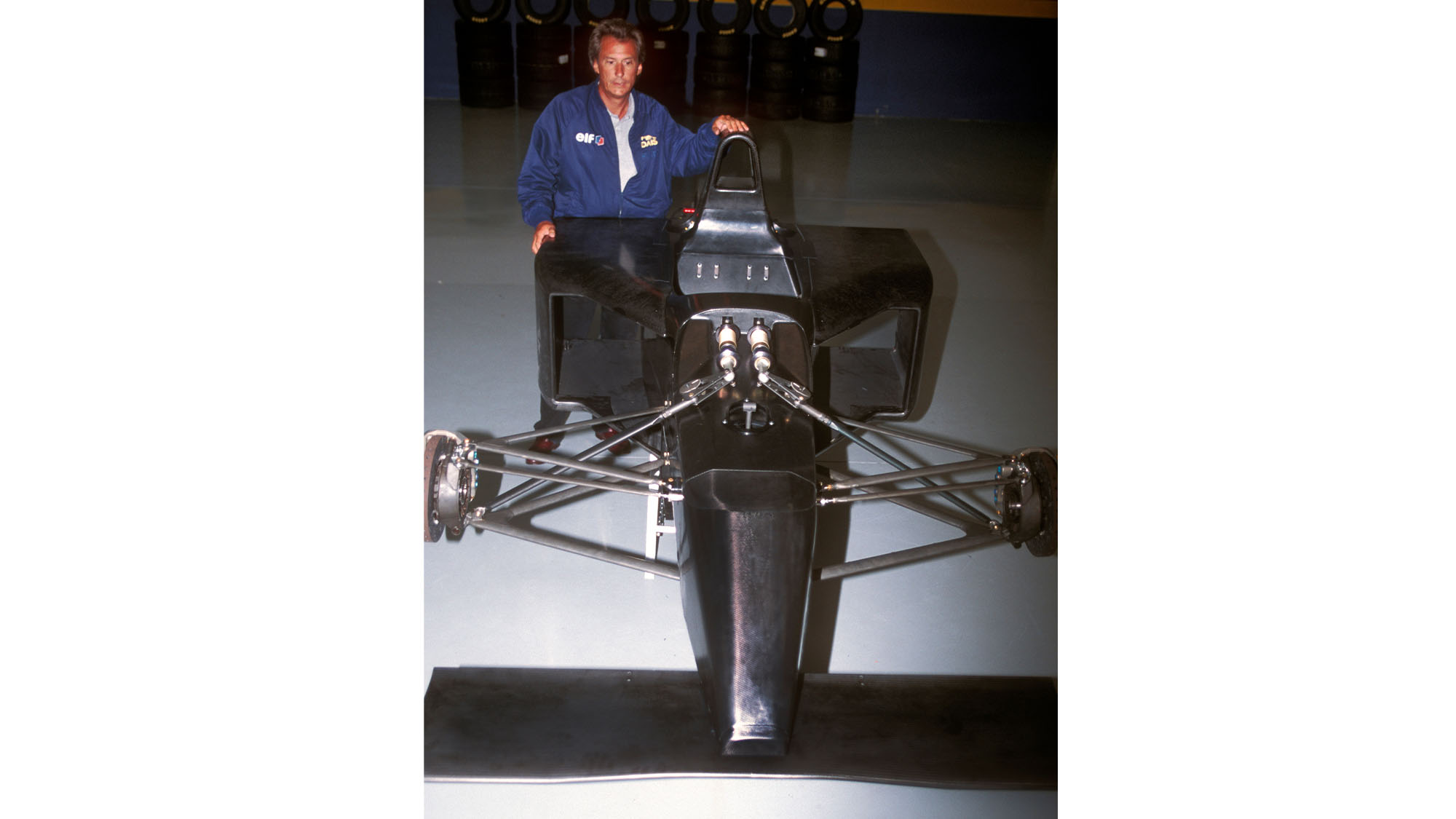 Unfortunately for DAMS, Larrousse and Ligier were already hoovering up French motorsport investment, making sponsorship hard to come by.

Matters were made more difficult by the fact that the FIA changed the design rules for ’95 after the deaths of Roland Ratzenberger and Ayrton Senna, forcing DAMS to revise its car.

A deal with the ailing Larrousse squad to run the car in ’95 fell through, but the GD-01 was ‘launched’ at Circuit de la Sarthe, near the constructor’s Le Mans base, anyway.

Fitted with a Cosworth ED engine, Jan Lammers and Erik Comas tested the car at Paul Ricard, which was proving not up to making the 107% of an estimated ’95 pole time. More French Francs were needed to develop the car, but there weren’t any, and the project was eventually abandoned. 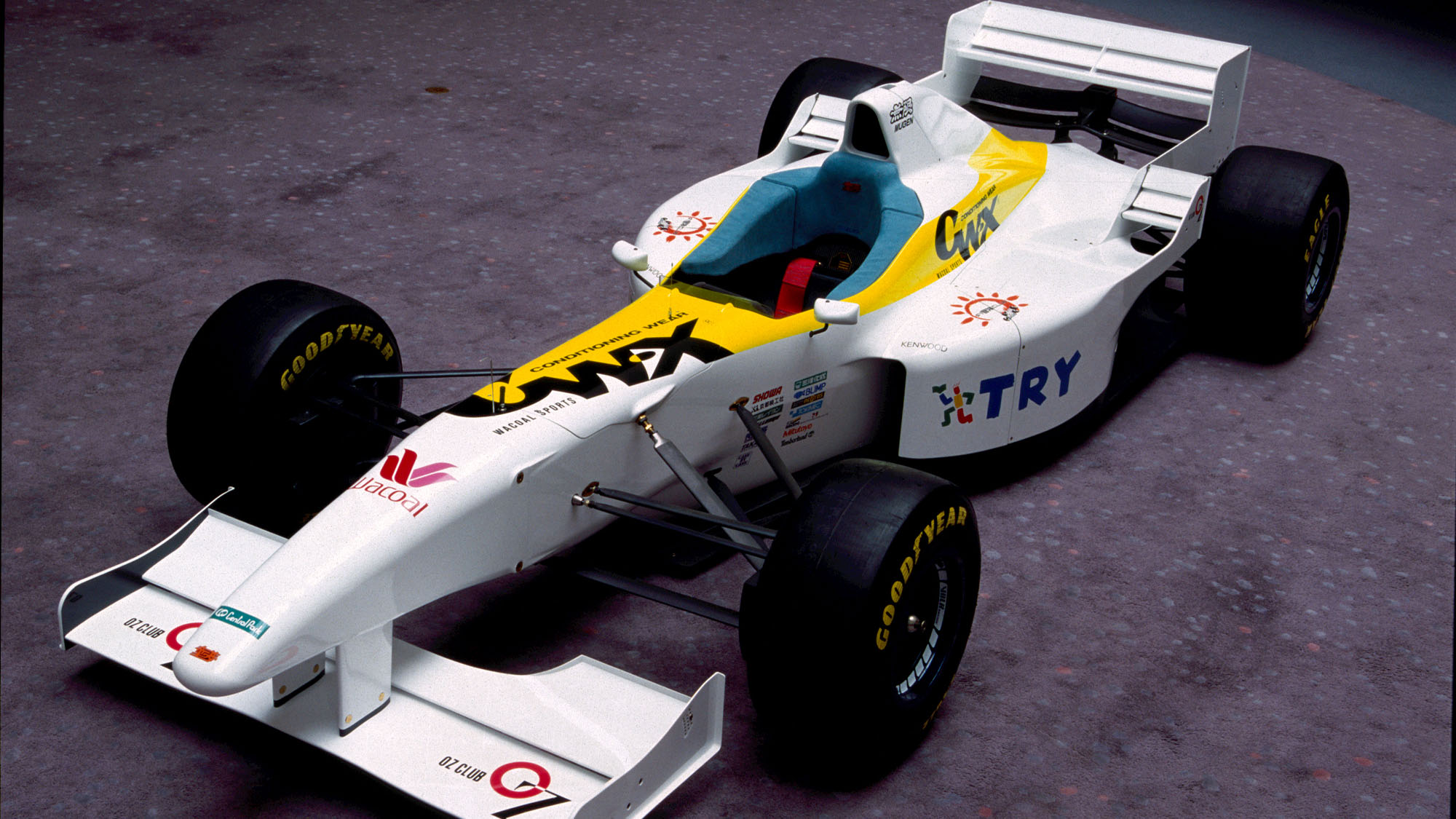 The Japanese Dome firm established itself as a limited production car company in the late 1970s. By the early ’90s it decided it wanted to aim for the very top with F1. The Jilotto Design house was established to help pen the car and with Mugen-Honda coming onboard to supply engines, it was rumoured that Honda was using the project to test the waters for its own works F1 team. This was rebuffed by Dome, however.

The F105 was first rolled out in late ’95, and in testing at Suzuka in late ’96 the car was almost 7sec off Jacques Villeneuve’s Williams-Renault pole time set the previous season and 0.3sec off the 107% rule required to start a race. With a Japanese rookie driver Shinji Nakano driving a car that was still in development and according to some had “spongey brakes”, this was fairly impressive.

As so often the case though, the money ran dry. A proposed ’97 F1 debut was pushed back as the team searched for sponsorship. Infamous future Arrows F1 investor Prince Malik Ado Ibrahim was brought in to both invest and try and source more money, but to no avail. When Dome got wind that Honda had its own works project in development – likely taking most potential investment from Japan – the independent squad decided to call it a day.

The car did have some lease of life in competition, as it was the basis for the Playstation 1 game F1GP Nippon. 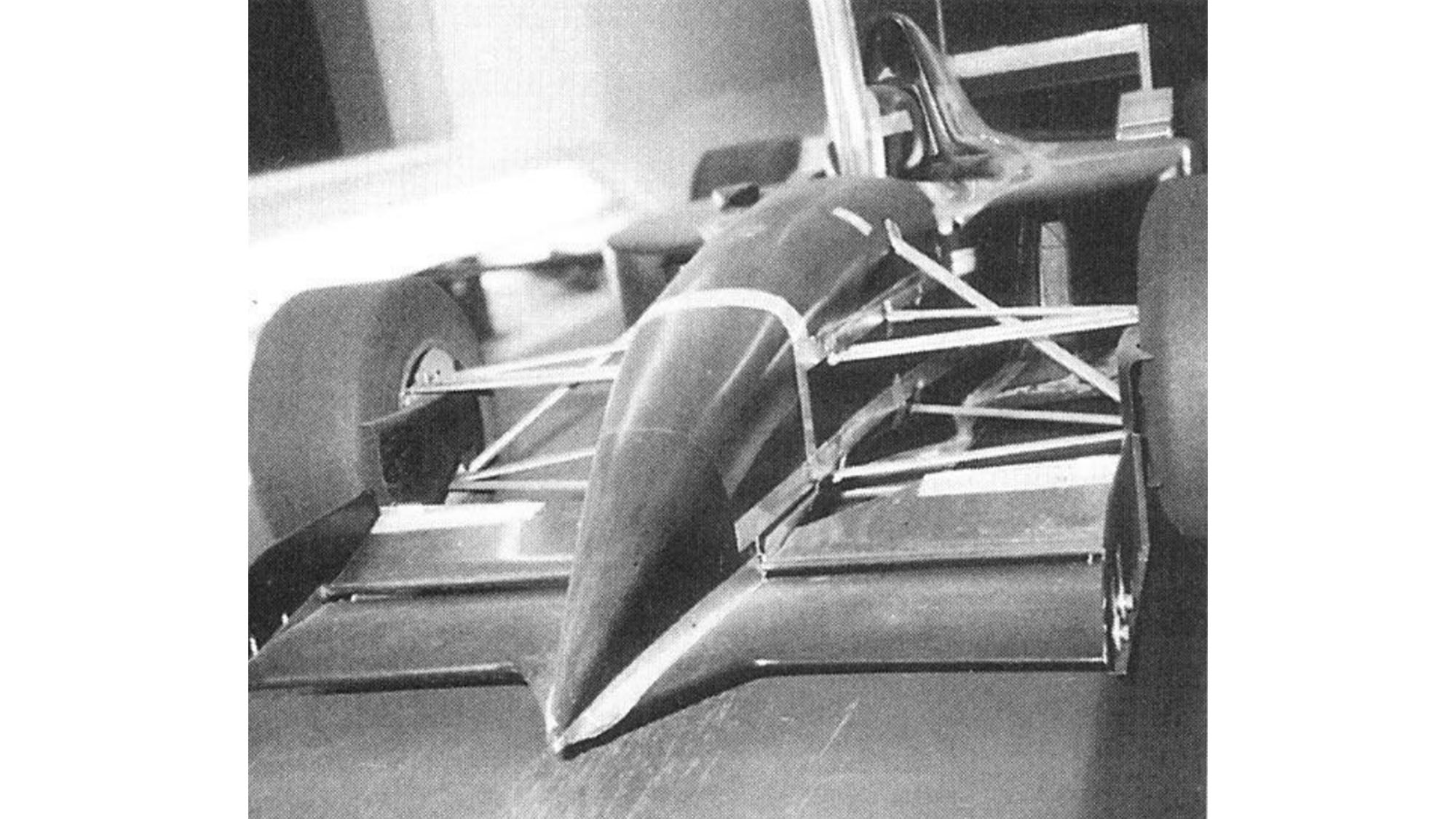 The car was designed by Chris Murphy and was thought to have been intended to take a Mugen-Honda engine, the power unit’s potential shown by Johnny Herbert when he qualified a Honda-powered Lotus fourth at the ’94 Italian Grand Prix.

Mika Salo and Alessandro Zanardi were the intended drivers, but the team were forced to pull the garage door down for good in January ’95 in the face of mounting debts, leaving the 112 a stillborn project. 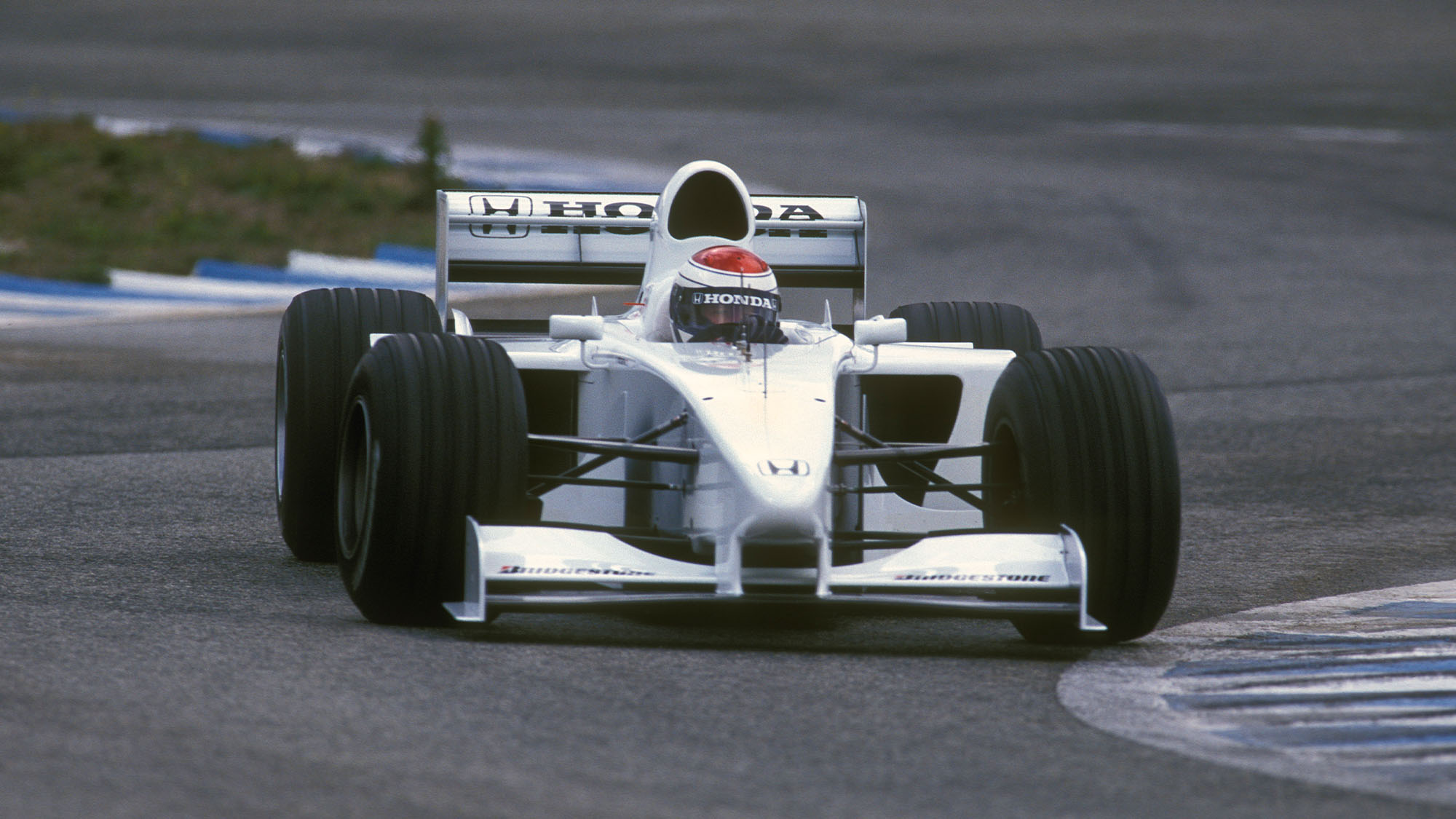 After Harvey Postlethwaite left Tyrrell, he was contracted to mastermind the fledgling Honda works project, slated for a 2000 entry into F1.

Postlethwaite designed a testing mule, the RA009, intended as a precursor to the full-blown 2000 car.

The ‘Honda’ was built by Dallara and Jos Verstappen was hired as the test driver, pounding round Jerez and setting times which would have comfortably put them in the ’99 midfield.

However, Postlethwaite tragically died of a heart attack whilst the team were testing in Spain, and the project lost its momentum.

The full team idea was canned, and Honda moved into supplying works engines to BAR and Jordan in 2000 instead.