The announcement of W Series, a racing championship solely for women, has split opinion. This is the view from one side, courtesy of Pippa Mann – IndyCar driver and Indy Lights race winner 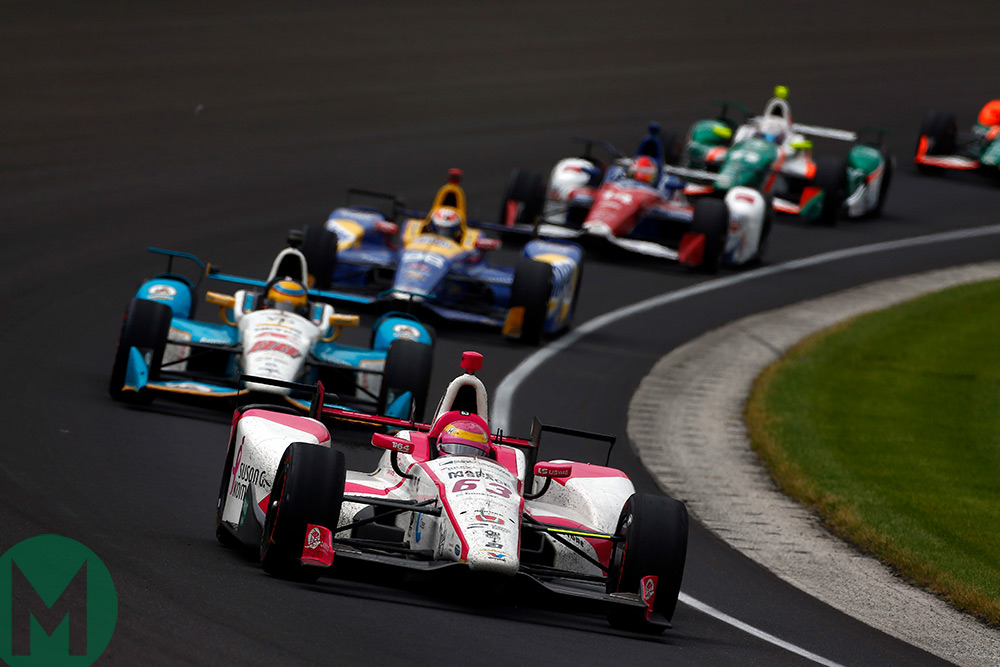 Sports writers accused her of endangering the field with her presence, while the Today Show wanted to know whether she would be wearing make-up for the race…

At a time when women weren’t even allowed in the pits at many racetracks across the US, Guthrie broke down barriers and set a pathway for all of us who have aspired to follow in her footsteps.

The following year, 1978, she qualified for the race and finished in the top 10. Yet largely because of her gender, she was unable to find sponsorship, and she was forced into retirement.

Funding is always a critical issue for everyone involved in motor sport, but, for the vast majority of female athletes, it is even tougher to find financial support than their male counterparts. In the age of social media, where everyone has an opinion, and a place to share it, I know that if something goes wrong for me at the racetrack the trolls will be coming for me in force.

The connotation of the words ‘drive like a girl’ has not gone away, and nor has the backlash from angry male fans when I chose to stand and be counted, or wear a racing helmet in a colour that identifies my gender.

Despite the 40 years that have passed since Janet Guthrie’s ground-breaking run at Indy, and despite Lyn St James, Sarah Fisher, Danica Patrick, Katherine Legge, Simona Di Silvestro, Ana Beatriz, myself and others, it is still exceptionally difficult for women to find the money to continue competing at a high level in open wheel racing. Despite so many results by so many racers, and partly because of the current influence of social media, backing a female racing driver is still viewed as a risk by most companies in the way that backing a male racing driver is not.

The sponsors of W Series apparently have the funding. If their plan is done properly it will cost them millions of dollars. But instead of using this funding to help further the careers of women in racing – by sponsoring them, supporting them, and creating effectively an academy or scholarship programs that support the brightest female talent – they are using these funds to segregate us.

Not only that, the position they are putting racers without funding in, where they have to choose between their core beliefs that we race as equals or a race car, is abhorrent.

I implore any company or brand even thinking about partnering with this series to do their research, and connect with female racers directly.

We want to be in racing cars, and if you support us, and help us race in real championships, with real funding, we have the abilities to do you proud. I beg you to please reconsider your position, and place your money where you can truly make a positive difference, instead of associating yourselves with the biggest step backwards I have seen for women in motor sport in my lifetime.

W Series: The case for