The Magnussens have decided to keep it in the family at this year’s 24 Hours of Le Mans, after son Kevin announced he’ll be sharing a car with his father and fellow former F1 racer Jan at the enduro classic.

This will be the first time the father-son racing duo compete as team-mates, the two driving an Oreca LMP2 car for High Class Racing at La Sarthe. The line-up will be completed by Anders Fjordbach, making it an all Danish effort.

Kevin, who left F1 after six seasons at the end of 2020, has now looked to forge a career in sportscar racing, crossing the Atlantic to compete in the US IMSA series with Chip Ganassi Racing.

He has also been announced as one of Peugeot’s drivers for its Le Mans Hypercar team in 2023, and will no doubt be hoping to get his eye-in at Le Mans in preparation for stepping up to the top class.

The younger Magnussen, who almost won on his debut at this year’s Daytona 24 Hours but for a puncture, spoke to Motor Sport in January about his elation at “finally racing to win” after a number of seasons fighting at the back of the F1 grid with Haas.

Father Jan has over two decades worth of endurance experience to fall back on, winning in the GT1 class four times for Corvette. He moved over to sportscar racing after one-and-a-half difficult seasons at Stewart in F1.

The Magnussens will be hoping to improve on previous father-son combinations at Le Mans: Nigel Mansell, racing with his sons Leo and Greg in 2010 chalked up a DNF whilst Martin Brundle and son Alex came home 8th in the LMP2 class in 2012. 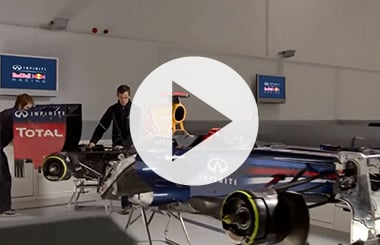 Red Bull's Rhythm of the Factory

For a business that is as much about design and engineering as it is about sporting talent, we – both fans and journalists – spend an inordinate amount of time…