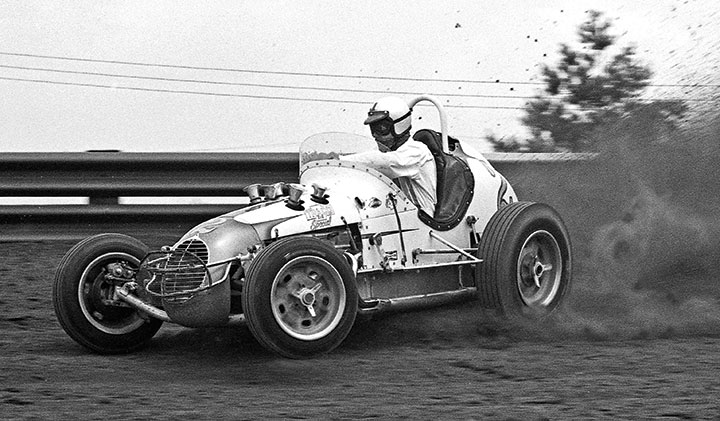 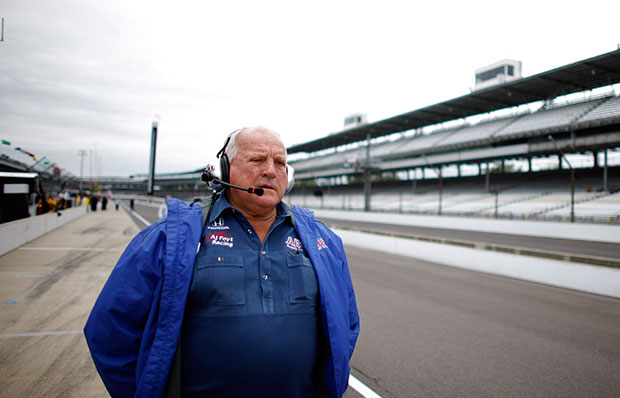 I loved to run sprint cars on half-mile dirt tracks like Allentown, Pennsylvania and also Reading and Williams Grove in Pennsylvania, plus Terre Haute, Indiana. I think my favourite car was a sprint car I bought from Elmer George [and Mari Hulman George] in 1964. I took the Offy out and put a Chevrolet in it. It handled real well and really was unbeatable.

Jud Larson drove it at New Bremen (Ohio) and won the race. It was the day after I won Indy [in 64] and he said that if I won the 500, he was gonna drive the sprinter at New Bremen. I said no, and towed it over there to race it. I think Jud was there in Paul Leffler’s sprint car and he got out and came over and said, ‘I told you I was gonna drive it.’ So I let him drive it and he won the race. 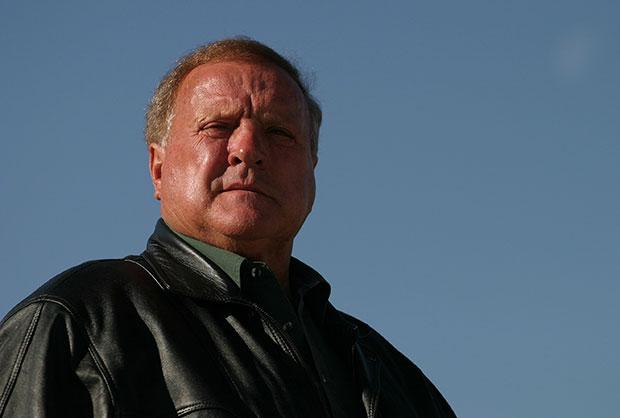 From the Motor Sport archive: an excerpt from Lunch with AJ Foyt (February 2015).

By the end of 1964 AJ had already scored the most USAC championship wins in history, at 28. But he was still racing in Sprint cars and even Midgets when he could fit them in – and an incident in a Sprint car race at Terre Haute briefly got him banned. “I was going around Johnny White and he put me in the fence. I told him: Quit flying up inside me to get me into trouble. Next race, at Williams Grove, I’m on the outside and he swerves in front of me, I get into the wall a little bit, so I wind up second. Afterwards I went over, he gave me some sauce, so I hit him.” But AJ’s licence was returned after fellow racer Roger McCluskey said in his evidence that AJ had manhandled White but hadn’t actually hit him. “If he had,” said McCluskey, “he’d have tore his head off.”

AJ and White had made up their differences by the next race, at Terre Haute again, when AJ broke the track record in qualifying. “Johnny went out after me, wanted to beat my time, and flipped over the wall. He was paralysed from the neck down after that. They used to wheel him around to my pit so I could say ‘Hi’.” White died a few years later from his injuries.