Is this year’s W11 the most dominant Mercedes of the entire turbo hybrid era?

Well, we’ve only had three races to judge that question on so far. But the numbers say yes.

As you can see below, in the first six years of the formula the general trend was for the competition to be slowly catching up to the big advantage Merc began with in 2014. The chief competition varied between Ferrari and Red Bull but generally Merc’s advantage began with just under 0.9sec in qualifying for the ’14 season and dwindled down to less than a 0.1sec by 2018 (and just over 0.1sec last year).

But this year, even taking out wet qualifying of the Styrian Grand Prix, the Mercedes advantage is just under 1sec. Just in case you think that number might be skewed by the length of the circuits – yes it is, but actually in a way that underplays the Merc advantage because the Red Bull Ring and Hungaroring are both shorter tracks than the seasonal average.

To eliminate that distortion, we can look at the average lap time numbers as a percentage of the fastest. In this we see that Mercedes began 2014 with a 0.9 per cent qualifying advantage over its nearest competitor and this dwindled to a tiny 0.09 per cent by 2018. This year so far, that average is 1.365 per cent. 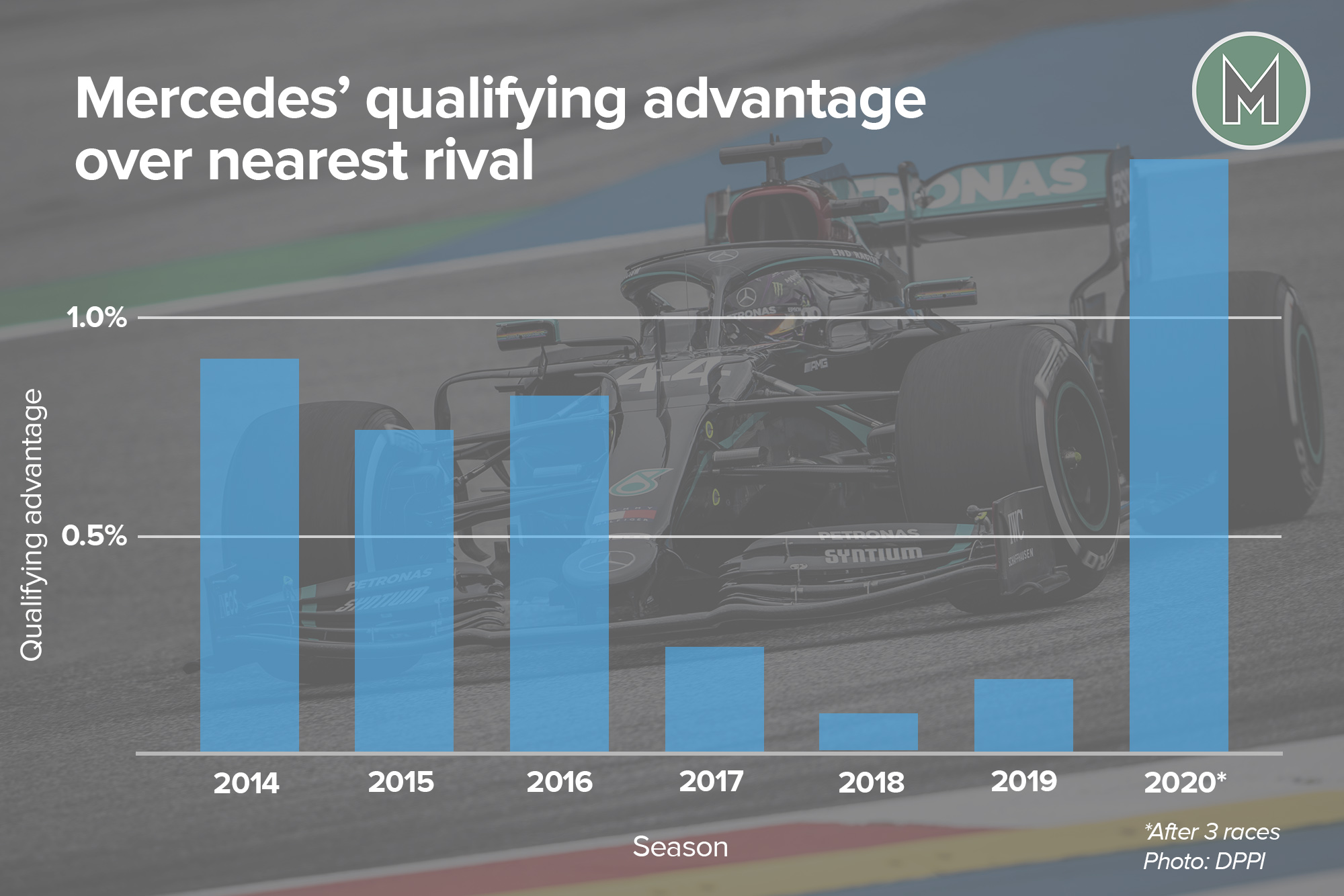 Now, three races is not really a statistically significant enough number to extrapolate from for a season of (hopefully) 16 races. But the factors driving those numbers suggest it may turn out to be pretty representative anyhow. The car seems to have both a horsepower advantage over all the rival power units and a downforce advantage over everyone (the possible reasons for the latter factor are discussed in Monday’s MPH column).

As we head to a double-header at Silverstone – a track where corners such as Abbey, Copse and Maggotts are flat out for pretty much everyone – Merc’s advantage based on the patterns we’ve see so far looks set to be bigger, if anything, than at the first two venues. In years gone by a car with good downforce (which the Ferrari has) might be able to limit the damage of a power deficit. But that’s no longer the case – as speed through those fast corners is now determined solely by how fast you are going as you arrive at them. If you arrive there slower, you’ll go through there slower even if you have more downforce, as the cars no longer see these as corners, merely kinks. 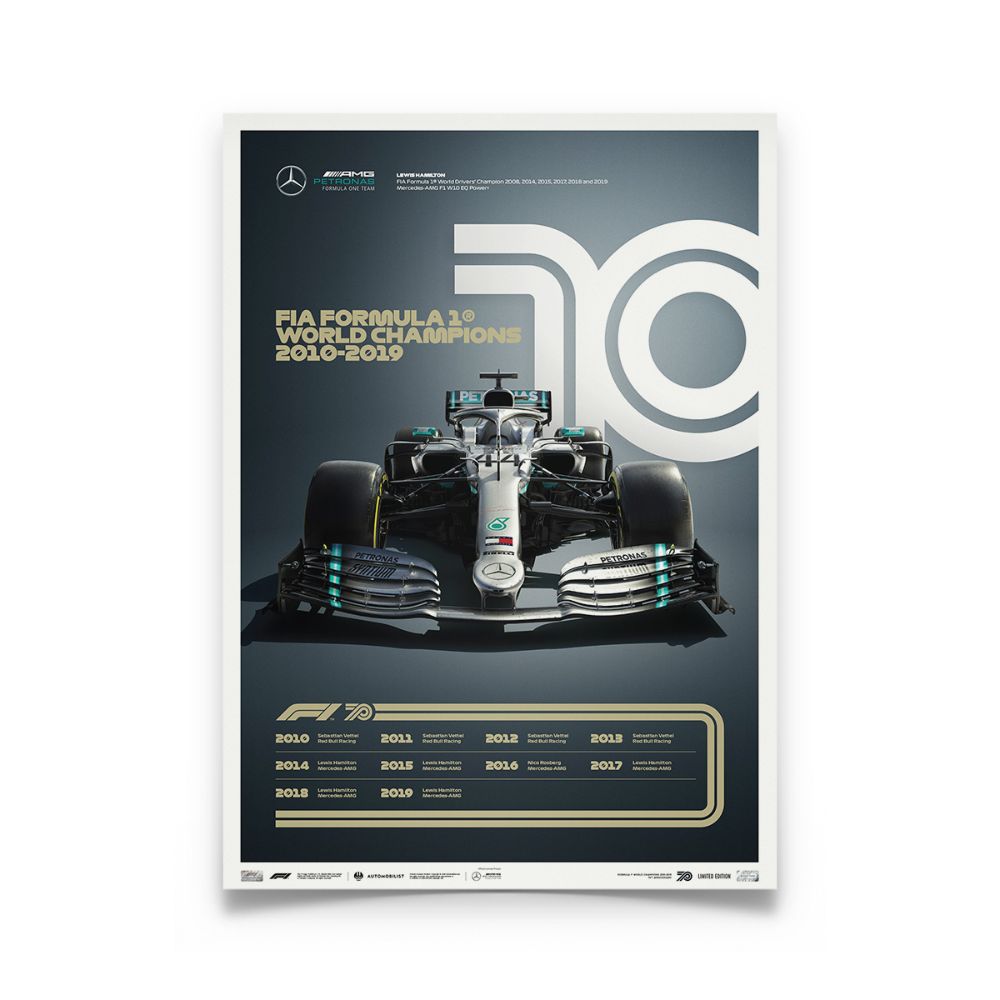