The focus was on Lewis Hamilton in Baku as the reigning champion ultimately threw away an unlikely victory to turn the tides of the 2021 championship battle.

Had he not tagged the brake magic button on his approach to Turn One, he’d have likely finished around 12 seconds ahead of his team-mate Valtteri Bottas who once again endured a torrid weekend in comparison, lacking speed, decisiveness and any answers as to why he’d been so far off the mark.

The poor performance was only exacerbated as Sergio Perez finally stepped up and took his first win in Red Bull colours, picking up the pieces after both title contenders fell by the wayside in the manner Bottas is expected to. Are the Finn’s performances below the required standard?

So far this season, Bottas has an average finishing position of 5.25 versus Perez’s 5, though the Mexican driver has seen the chequered flag at every round while becoming accustomed to his new car. Bottas has two DNFs to his name.

How the sound of radio silence betrayed Hamilton's emotions in Baku

Lewis Hamilton said surprisingly little to his team after his big Baku error, and Merc had few words of comfort either – are cracks starting to show at Mercedes?

47 points after six rounds is his worst total since joining Mercedes, ranking even lower than his torrid 2018 season in which he finished a distant fifth in the championship, over 150 points off of world champion Hamilton.

While the field has closed up in 2021 as development ceilings are reached power unit-wise, Bottas’ qualifying performances have been disappointing considering the equipment at his disposal. At an average of 0.318sec down on team-mate Hamilton, he’s qualified with an average grid position of 4.6.

With Perez’s performances improving, that gap and that position on the grid could prove to be costly for Mercedes as it faces its biggest threat since Ferrari’s 2017 and ’18 seasons.

Monaco could have been a turning point in the season had the front right wheel nut on his Mercedes not left him stranded in the pit lane as he fought for a podium, well ahead of Hamilton on pure pace all weekend. 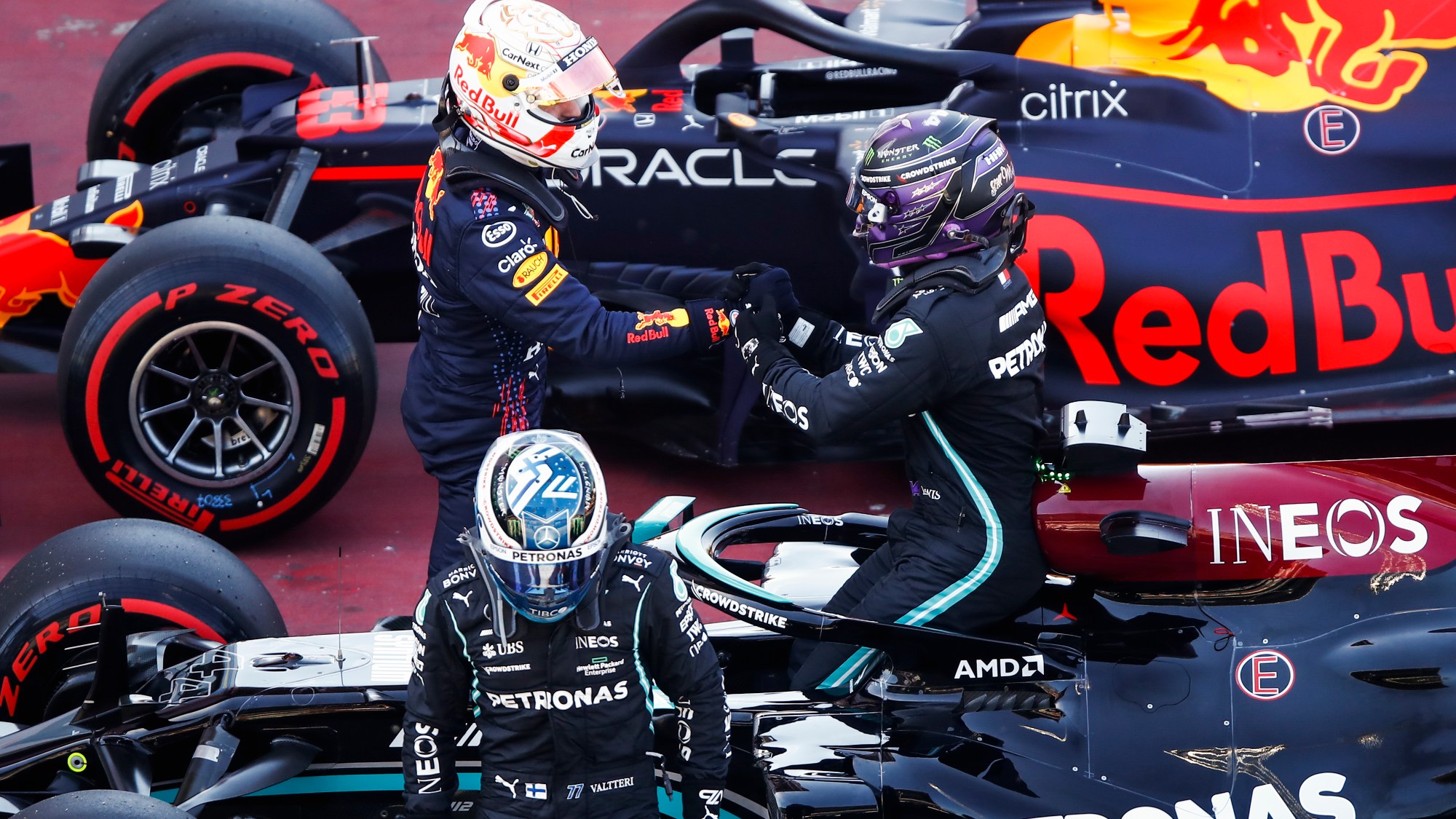 The forgotten man in 2021, Bottas has been shaded by the big players in the title battle

There has been little defence of Bottas from within the team. Toto Wolff even initially suggested that Bottas’s Monaco retirement was due to the Finn overshooting his marks by millimetres in a statement he later walked back, but not before the Finn revealed he was frustrated with the comments from his boss and added the two hadn’t spoken about it since.

“I saw the video and, for me, it was pretty spot-on where I stopped so I was quite surprised,” Bottas revealed ahead of the Azerbaijan Grand Prix.

His surprise may have turned into resignation of his situation. With two possible replacements in George Russell and Esteban Ocon starring against their respective team-mates and both managed by Toto Wolff, it’s little wonder that Bottas is starting to allude to frustrations better kept behind closed doors.

Lewis Hamilton has confirmed that he will be on the F1 grid for at least two more years, after signing another Mercedes contract, as the Formula 1 driver line-ups for…

It feels as though the Finn is slowly drifting into an inevitable divorce with the team. The atmosphere, while outwardly at least is one of a positive working relationship looking to find the missing ingredient, looks as though it is coming to its natural end after successive one-year contract extensions. A platform hardly an endorsement of Bottas as part of a longer term vision for the future of Mercedes in Formula 1, more suitable to a temporary solution that can be unplugged and replaced at a whim.

With Russell waiting in the wings, his joining up with Hamilton for the 2022 season is almost a badly kept secret rather than an eventual possibility. Clio Cup jokes aside, Russell immediately made his mark in Sakhir last season in direct competition with Bottas as he filled in for the Covid-hit Hamilton.

Was there an element of self-doubt following that weekend for Bottas? A resetting over the short winter break promised a fresh start but he hasn’t shown anything like the form he’d have been hoping for. Three third-place finishes are all he has to show this season of note as his form declines at a crucial point in the season approaching the summer break.

Both he and Russell have made clear they hope to have their futures decided by the summer, and that arguably adds more pressure onto the Finn’s shoulders than Russell’s. At Williams, Russell can only shine so much and consistently making Q2 at every race this season is doing his stock no harm at all. Conversely, race after race Bottas looks a little bewildered as Hamilton looks comfortably fastest of the two, Monaco aside.

Then there was the clash between the two contenders at Imola earlier this year. While blame for the incident itself is more apportioned on Russell’s side, Bottas was making zero impact despite driving the sister car to the one that had claimed pole and fought for the win; he was circulating for a single point up until the collision. 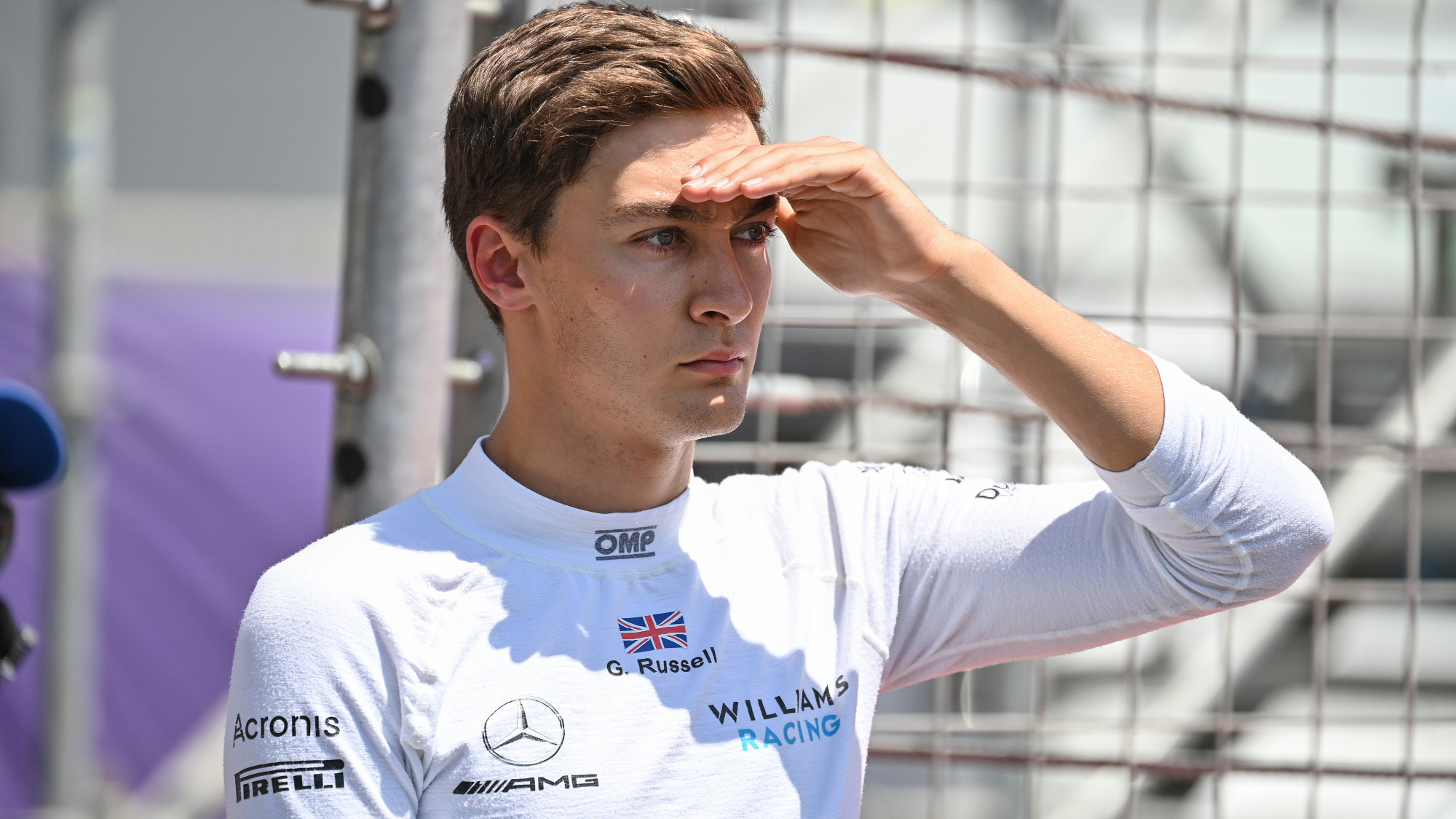 There was plenty of needle in both directions following the pair’s collision. Russell was adamant that Bottas had raced him differently with the ’22 seat at stake while Bottas was severe in his criticism of the Williams driver.

Russell has failed to score a point for Williams despite being linked with the Mercedes seat. His qualifying pace has been electric this season but it’s the impact his loss would have on Williams that is the endorsement that should be examined more closely than any race result in an uncompetitive car.

“It would be a massive loss,” Williams head of vehicle performance Dave Robson told Motorsport-Total ahead of Baku. “He’s just gotten better and better, and he’s progressed almost with every race. Not so much in terms of driving, that’s always been very strong, but in terms of his understanding of the whole game we play and everything we need to get right and what we need his help with, he’s just improved endlessly, and his role in the team is special.”

Russell would be highly motivated and understand his role in the team, one that Bottas appears to have grown totally disillusioned with. Supporting the team first and fulfilling the supporting role in a title battle is a difficult pill to swallow, but easier for a younger driver to accept rather than one reaching his supposed prime years in racing.

Already this season it could be argued that Bottas has not played the team game. While many thought he’d let his team-mate by in Spain as Hamilton tried to chase down Max Verstappen, Bottas held his position for over half a lap before making way. He said afterwards that he was focused on his own race.

With two younger drivers that arguably have a higher talent ceiling than Bottas, it might be time for Mercedes to finally pull the trigger on one of its young chargers. Can Mercedes afford to keep an unmotivated or frustrated Valtteri Bottas in the car all season if the fight with Red Bull continues on its current trajectory?

Perhaps not if it hopes to retain its world champion status.