Andrew Frankel looks back on the 1967 Formula 1 season starter, held at Kyalami 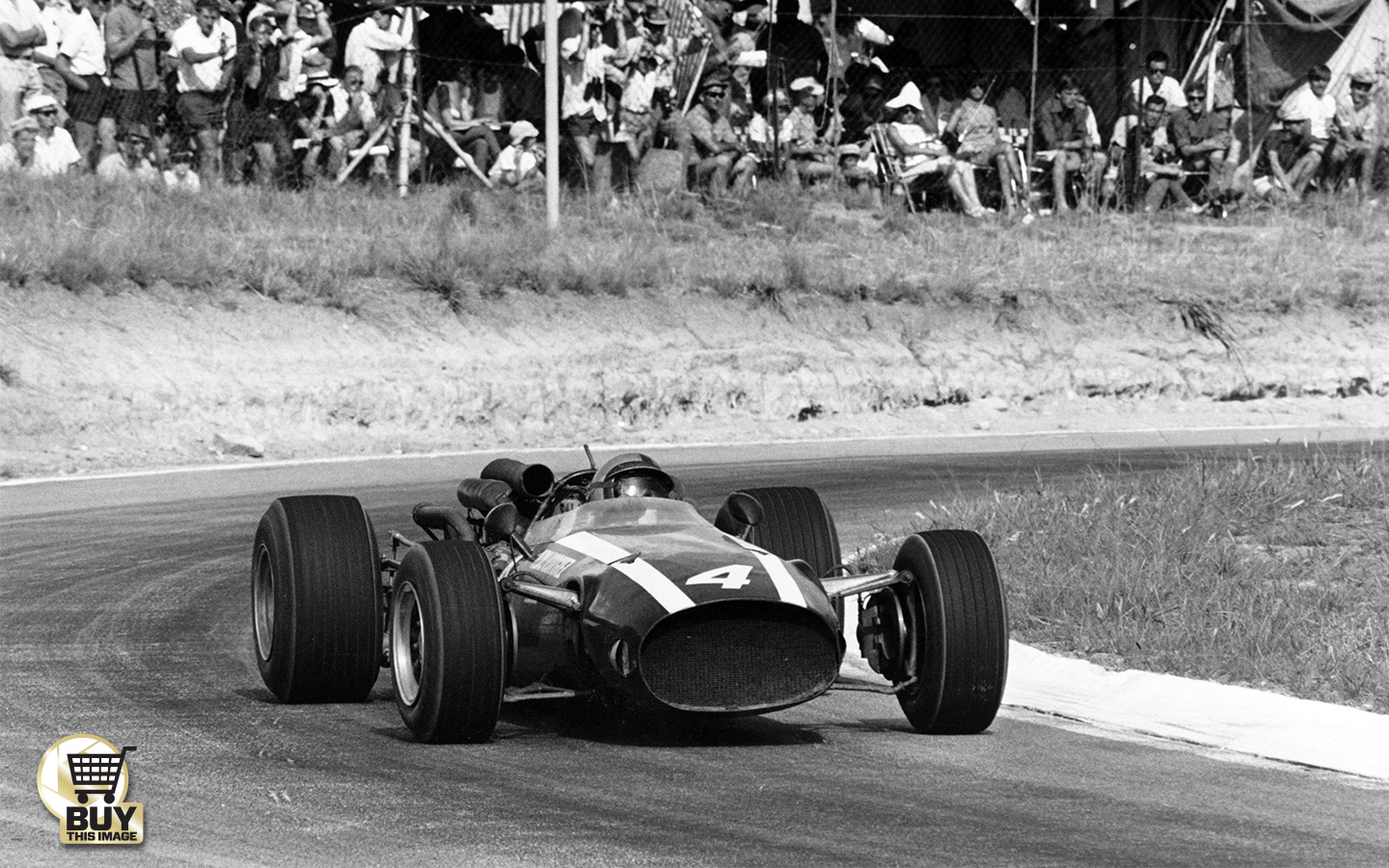 Fifty years ago this week Pedro Rodriguez won the South African Grand Prix. It was a significant event for many reasons.

Teams were still grappling with the now year-old 3-litre formula, unsure of which way to go. There were but five V12s on the grid thanks to the absence of Ferrari, whose team was not yet ready for the new season; four courtesy of the Maserati motors in the back of some but not all of the Coopers, and a single Honda for John Surtees. They were almost trumped by four 16-cylinder powerplants, courtesy of both Lotus and BRM running the latter’s heavy and unreliable H-16 engine, while the works Brabhams of Brabham and Hulme stayed faithful to the Repco V8 that had made the former the current title holder. Everyone else ran four-cylinder Climax engines, including a talent more local than most, the Rhodesian John Love of whom more in a minute. Amazingly and despite the presence of vee, inline and H pattern engines of four, eight, 12 and 16 cylinders, this wasn’t quite the greatest number of engine configurations seen on an F1 grid: the previous season had seen Ferrari run V6 motors too.

The first noteworthy fact about this race was its location. This was the first F1 World Championship round to be held at Kyalami, a track whose challenging curves, elevation changes and riotous social scene soon made it a favourite among drivers. The crowds liked it too: the 1967 race was claimed to have attracted more spectators than any other sporting event in South African history.

But the real significance of Kyalami, at least to the poor mechanics who battled the whole weekend to make their engines run right, was its altitude: the combination of the heat of a South African summer plus a location almost 5000ft above sea level played havoc with fuelling systems, causing petrol to boil and vaporise and engines to lose power and misfire. In practice there was no question of droning around and around, getting your eye in and learning the new circuit: some found they could manage just one lap with full power before their engines started to play up.

The Repcos were less affected than most, which is why Brabham lined up on pole with Hulme next to him, with Jim Clark’s Lotus the fastest of the 16-cylinder cars, followed by Rodriguez’s Cooper-Maserati. But next came not Stewart, Rindt, Gurney or any of the other works-borne superstars, but John Love in a one-off Cooper T79, built in 1964 for the following year’s Tasman series and powered by a 2.7-litre Climax engine. Local knowledge, or so it must have seemed.

At the start the Brabhams duly blasted off and by a quarter distance the odds of Pedro Rodriguez winning must have looked in the realm of fantasy. Stuck down in fifth place with not only a down on power engine, but also gear selection issues, it was beginning to look like a long afternoon. But this was always going to turn into a war of attrition, and soon, many drivers would have paid good money for problems as comparatively trivial as Pedro’s.

First, Jim Clark retired with an overheating H-16 (Stewart’s having already blown up on lap two), then Bonnier’s Cooper broke its Maserati engine. Mike Spence brought in his BRM with smoke pouring from its H-16 then Brabham’s Repco started to misfire so badly he dropped from the lead to out of the reckoning altogether. Next to break was Siffert’s Cooper-Maserati motor, the Gurney was sidelined with suspension failure, the only retirement through mechanical malady not related to an engine. Many less brave than John Surtees would have retired his Honda, suffering as it was from tyre issues and pedals so hot they blistered Big John’s feet.

But at the front, nothing appeared able to stop the serene progress of Denny Hulme’s Brabham. Until, that is, he came slithering into the pits at three-quarter’s distance to tell his crew his brake pedal was on the floor. A lap later he was back for brake fluid and by the time he’d made a third stop he was two laps off the lead and out of contention.

And who was holding that lead? None other than John Love, in a two-year-old Tasman car with an undersized 2.7-litre four-cylinder Climax engine. What’s more, although his engine was suffering too, he was sufficiently far ahead for the race to be in the bag. He held that lead until just six laps remained, 10 minutes of a race of more two hours. Had he won, it would have been one of the greatest acts of giant-slaying ever seen in Grand Prix racing: at that time Love had competed in just three World Championship Grands Prix, all in South Africa, yet at 42 was the older than all others entered save fellow countryman Sam Tingle. To say the crowd was somewhat enthused is putting it mildly.

But the misfire was to deny him, not because he couldn’t maintain the pace, but because it used too much fuel. To gasps from the crowd, Love had no choice but to pit for two gallons of petrol, losing enough time to put the presumably astonished Rodriguez into the lead he’d hold until the end. Love came home second, both Coopers having lapped the remaining field of, count ‘em, four other classified finishers.

So this was Kyalami’s first race, Pedro’s first win at the top level and what would have been but for two gallons of gas the location of one of racing’s least likely wins. But there’s more to this race even than that.

Though no one knew it, this would also be the last time a Cooper won in F1 and the last win by a car powered by a Maserati engine, too. These two proud names, both with multiple world championships in their own right would limp on through ’67 and ’68 before a final whimper at Monaco in ’69 when Vic Elford driving Colin Crabbe’s T86B qualified and finished last, almost unnoticed as he was lapped six times by Graham Hill as he scored his fifth and final win in the Principality. 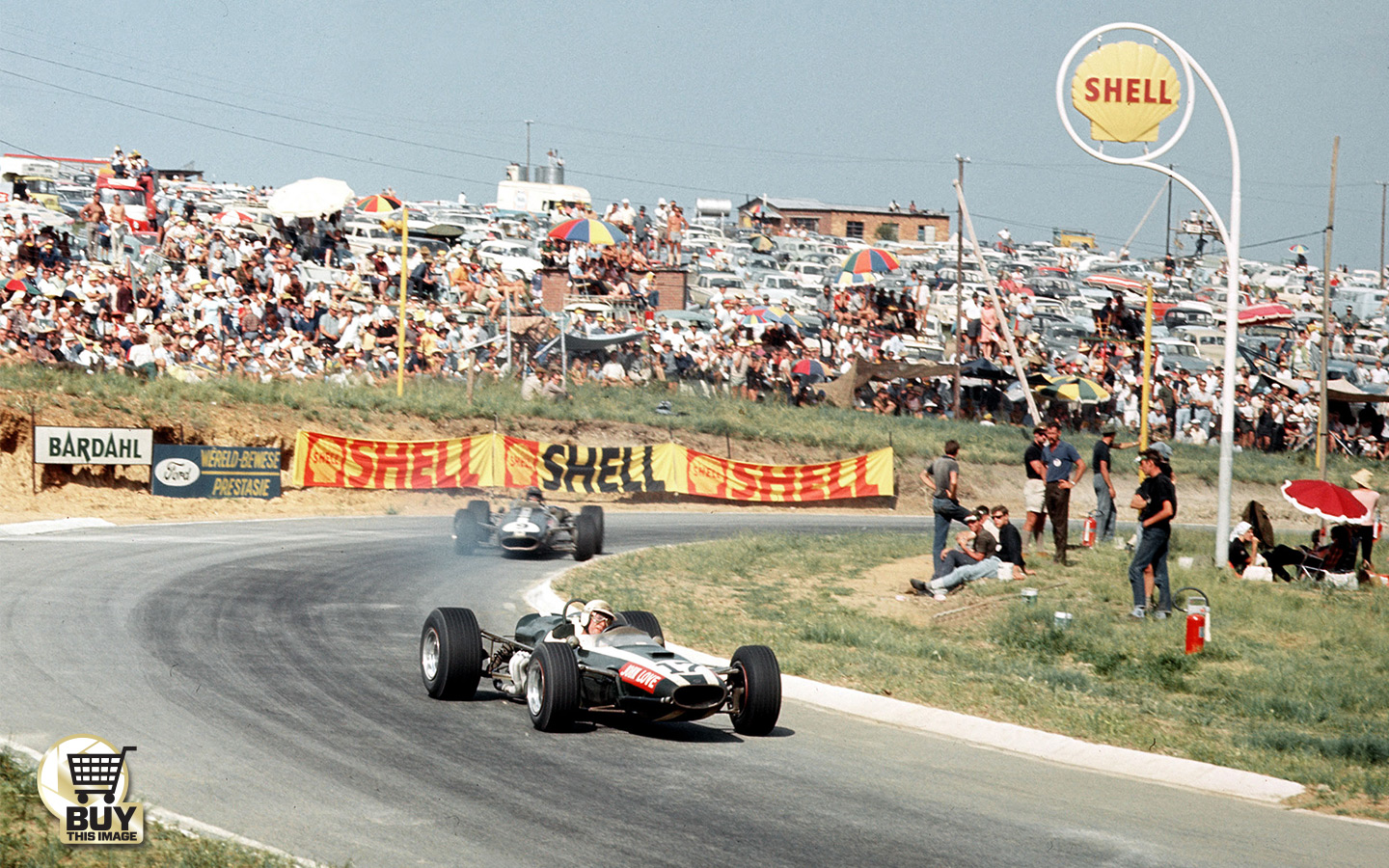