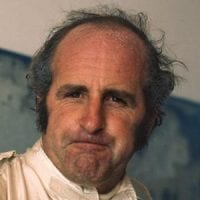 New Zealand’s only Formula 1 world champion so far, the tough Denny Hulme was perhaps the most unheralded driver to achieve the sport’s highest accolade. At times blunt and to the point, this former mechanic graduated through Europe’s junior categories thanks to hard graft and a refusal to give up.

Hulme was five years old when his father was awarded the Victoria Cross for bravery having been wounded during the Battle of Crete in May 1941. After the war, Clive Hulme ran a haulage company in his native Te Puke on New Zealand’s North Island.

The young Denny Hulme worked in a local garage while he saved enough money to buy an MG TF which he raced in local events from 1956. Soon behind the wheel of an ex-works Cooper-Climax bought for him by his supportive parents, Hulme enjoyed his breakthrough campaign in 1959. He was selected for the New Zealand Driver to Europe scholarship along with rival George Lawton, the scheme that had been won by Bruce McLaren just a year earlier.

Hulme and Lawton entered a couple of black and silver Cooper T45s in European Formula Junior and F2 races during 1960, entered as the New Zealand Racing Team. Both showed promise but Lawton was killed during the F2 Danish Grand Prix at Roskilde, a week before he was due to make his F1 debut in the non-championship Lombank Trophy at Snetterton. Hulme was invited to take his place in the British Racing Partnership Cooper T51-Climax and he brought the Yeoman Credit-sponsored car home in fifth place.

Success at home and at Le Mans

He returned to New Zealand at the start of 1961 to win the county’s Gold Star Championship with Reg Parnell’s Cooper T51-Climax. Further success that year came on his debut in the Le Mans 24 Hours – sharing the 850cc sports car class winning Abarth 850S with compatriot Angus Hyslop. A season racing Formula Junior on the Continent included finishing second at Messina, although limited budget stunted his single-seater progress.

By now working as a mechanic for Jack Brabham, Hulme began the 1962 Formula Junior season deputising in Ken Tyrrell’s Cooper-BMC when Tony Maggs was committed to F1. He followed John Love home at Roskilde in a 1-2 for the team before replacing Gavin Youl in Brabham’s line-up later in the year. He remained with Brabham’s FJ team in 1963 and challenged the Lotus of Peter Arundell for the Express & Star British title. The New Zealander won half of the 14 races he started and completed his most promising campaign so far as runner-up in the series.

Brabham recognised that potential and signed Hulme for 1964, beginning in the new Tasman Cup in New Zealand and Australia. Hulme qualified his works BT7A on pole position for the inaugural race – the Vic Hudson Memorial at Levin – before winning both his heat and the final. Second a week later in the New Zealand GP, Hulme was third in the final standings behind McLaren and Brabham. The European season was spent racing an F2 Brabham BT10-Cosworth – winning at Zolder and Clermont-Ferrand – and finishing as runner-up behind Brabham in the French series.

Formula 1 promotion with Brabham leads to a surprise title

In addition to continued F2 appearances that included victory at Oulton Park, Hulme started six GPs for the team during 1965 – the final season of the 1500cc formula. He was fourth in France on his second such start and finished fifth in the Dutch GP at Zandvoort.

Hulme was rewarded with a fulltime place in Brabham’s F1 team in 1966 and he responded superbly by supporting his team owner in that “Return to Power”. With 3-litre Repco V8 engines powering new Ron Tauranac-designed chassis, Brabham won four championship rounds in a row to claim his third drivers’ title. Hulme scored four podium finishes (including second in the British GP at Brands Hatch) as he finished his first full season fourth in the points. He also returned to Le Mans that year when sharing the second placed Shelby American Ford GT40 Mk2 with Ken Miles and won the Tourist Trophy in Sid Taylor’s Lola T70.

With the new Lotus 49-Ford fast but fragile, the 1967 F1 World championship developed into a straight fight between team-mates Jack Brabham and Denny Hulme. Deprived of victory in the opening race in South Africa when forced to stop to replenish his brake fluid, Hulme then scored his maiden GP victory on the streets of Monte Carlo. Five podium finishes in the next six races included winning the German GP. That helped clinch the constructors’ title and gave him a nine point lead in the drivers’ standings. He then finished the last two races in third position to win the world championship at the final round. In addition to that achievement, Hulme finished fourth on his Indianapolis 500 debut and joined McLaren for the Can-Am Challenge. His mighty Chevrolet-powered M6A won the opening three races of 1967 but Hulme was narrowly beaten to that lucrative title by Bruce McLaren himself.

Hulme switches to McLaren to defend the F1 World Championship

In addition to remaining with its Can-Am operation, the new world champion joined McLaren for his F1 title defence in 1968. Victory in Silverstone’s non-championship International Trophy appeared to vindicate that decision and Hulme was second in the Spanish GP at Járama. He then scored back-to-back victories at Monza and Mosport Park to maintain a mathematical chance of retaining the title. However, he crashed out of the last two races of the season and completed the F1 campaign third in the standings. Fourth in that year’s Indy 500 once more, he enjoyed better luck in Can-Am. He won three times, including the Las Vegas finale, to clinch the Can-Am crown and $40,000 in prize money.

The McLaren team continued to dominate Can-Am in 1969 – winning every race as Bruce narrowly beat his team-mate to the title. In F1, Hulme scored points in the opening four races before suffering mid-season reliability issues. He rescued a previously disappointing campaign with a convincing victory in the final round at México City.

Leading a team in mourning

Second in the 1970 South African GP, Hulme suffered severe burns to his hands and feet when his fuel cap came loose during practice for the Indianapolis 500. He was sidelined for a month during which time McLaren was killed while testing at Goodwood. Hulme returned for the opening Can-Am race in June and proved a galvanizing force as the grieving team regrouped. He scored three third place finishes as he took a steady fourth in the F1 points and won six Can-Am races to reclaim the championship.

The 1971 season began with frustration in South Africa where Hulme appeared set for voctory until a radius arm came lose with four laps to go. Fourth in Monaco and Canada during an otherwise frustrating campaign, it was the final race before he had the opportunity to fight for the lead once more. He qualified on the front row at Watkins Glen and scrapped with Jackie Stewart’s Tyrrell during the opening laps before handling problems and a spin ruined his day. Again it was in Can-Am that he won races (three) during 1971 – finishing as runner-up behind McLaren team-mate Peter Revson. He also qualified a McLaren M16-Offenhauser on the inside of row two for his last appearance in the Indianapolis 500.

With his McLaren M19-Ford now sporting the colours of Yardley aftershave, Hulme began the 1972 season by finishing second in Argentina and winning the South African GP. That briefly gave him the championship lead and five further podiums included a strong second place in Austria. Third in the 1972 World Championship represented a return to form for the gruff but popular veteran. In Can-Am, Hulme won two of the opening three races as he finished as runner-up for a successive season – George Follmer and Penske Racing having ended McLaren’s domination at last.

Now President of the Grand Prix Drivers’ Association and in his 37th year, Hulme began the 1973 season in consistent points-scoring form. Tyre problems and pitstops restricted his results that year but he benefitted from Ronnie Peterson’s late puncture to snatch victory in the Swedish GP. He qualified on pole position in South Africa (on the debut of the new McLaren M23) and finished third in Brazil and Great Britain.

Hulme was joined by Emerson Fittipaldi in 1974 with the team beginning its long association with Marlboro. Hulme inherited an eighth (and final) GP victory in the opening Argentinian race after local hero Carlos Reutemann’s Brabham was slowed by a loose airbox and misfire. Second in Austria, he completed his final F1 season before retirement in seventh overall as Fittipaldi delivered McLaren’s first world title.

He continued to work with the GPDA after leaving F1 and began to race touring cars and trucks from 1978. The highlight of that second career was victory in the 1986 Tourist Trophy at Silverstone when sharing a Tom Walkinshaw Racing Rover Vitesse with Jeff Allam. Just 56 years old, Hulme was driving a Benson & Hedges BMW M3 in the 1992 Bathurst 1000 when he suffered a heart attack on the Conrod Straight, dying before help could arrive.