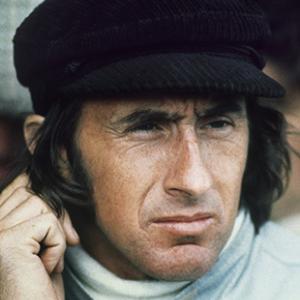 When Jackie Stewart retired from motor racing at the end of the 1973 season, he did so as a three-time Formula 1 World Champion and with a record tally of 27 Grand Prix victories. He was the outstanding driver of his time who bowed out at the very top. Instrumental in pioneering motor racing safety during and after his active career, Stewart remains one of the highest profile characters in sport.

The son of a Dunbartonshire garage owner who had raced motorcycles as an amateur, his older sibling Jimmy raced for Ecurie Ecosse during the 1950s. That included running sixth in the 1953 British GP before crashing out. Jimmy Stewart retired from racing after injuring his arm in 1955 and concentrated on running the family business instead.

Undiagnosed as a dyslectic, Jackie Stewart struggled at school so he left to work in the garage as an apprentice mechanic. He was soon excelling at clay pigeon shooting and was unlucky not to be picked to represent his country in the 1960 Olympic Games in Rome. It was 1961 when Stewart first raced a Marcos owned by Barry Filer who was a customer of the garage.

He won races in Scotland that year and impressed while testing a Jaguar E-type at Oulton Park in 1962. Ecurie Ecosse invited him to drive its previously troublesome Tojeiro-Buick at Charterhall on June 30 1963 and he won first time out. Another 13 victories that year included the five-hour relay race at Oulton Park as he emerged as the season’s most promising club racer.

Stewart’s association with Ecurie Ecosse ended with a substantial accident during practice for a national event at Oulton Park in April – the Scot having totaled the team’s Cooper Monaco sports car. He was already racing Ken Tyrrell’s works-backed Cooper T72-BMC in Formula 3 by that time, having impressed during a test at Goodwood. He won his debut at Snetterton, fully 44 seconds ahead of John Fenning’s second placed car, at the start of a dominant campaign. Winner of the F3 support race at Monaco, he won the six of the next eight Express & Star British F3 rounds to claim the 1964 title.

Furthermore, Stewart made his Formula 2 debut at Clermont-Ferrand in July that year – finishing second in Ron Harris’ semi-works Lotus 32-Cosworth. He was first in a heat at Zolder, third in the Oulton Park Gold Cup and then won the Vanwall Trophy at Snetterton. Stewart’s outstanding 1964 campaign ended with his F1 debut when substituting for his hero Jim Clark, who had slipped a disc, in the non-championship Rand GP at Kyalami. He retired on the opening lap of the first heat but underlined his rich promise by coming from the back of the grid to win Heat Two.

Offered a Grand Prix drive by Lotus, Stewart instead opted to join BRM for the 1965 F1 World Championship as Graham Hill’s team-mate. Sixth on his Grand Prix debut in South Africa, Stewart then finished second in the Race of Champions and won the International Trophy at Brands Hatch and Silverstone respectively. Podium finishes in four of the next five GPs included second behind the dominant Clark in Belgium, France and Holland. He then capped a fine rookie campaign by winning the Italian GP after Hill made a slight mistake at Monza. Stewart was sidelined by mechanical failures in three of the last four championship rounds but still finished an impressive third in the 1965 World Championship.

He began 1966 by winning the Tasman Cup for BRM thanks to victories at Wigram, Teretonga, Sandown Park and Longford. That success continued at the start of the World Championship with victory in the Monaco GP despite driving an underpowered 2-litre BRM P261. A week later and Stewart was driving John Mecom’s Bowes Seal Fast Lola T90-Ford in his first Indianapolis 500. With the world’s richest race screened live via satellite into British cinemas, Stewart lost certain victory with eight laps to go when his oil pressure plummeted. Sixth place and Rookie of the Year honours were scant consolation and that seemed to signal a change in luck in Europe as well.

Stewart suffered the worst crash of his F1 career when he spun in the rain at Spa’s Masta Kink. He broke his collarbone and was trapped in the overturned car for 25 minutes, lying in a pool of fuel until freed by Hill and Bob Bondurant. He missed the French GP as a consequence and the BRM P83, with its complicated 3000cc H16 engine, proved unreliable once it was introduced.

With Hill having switched to Lotus in 1967, Stewart was BRM’s undisputed team leader but that poor reliability continued. Second in Belgium (despite his car jumping out of gear) and third in France were the only finishes of his third and final season with BRM. There was more success in F2 with Stewart reunited with Tyrrell – his Matra MS7-Cosworth winning at Karlskoga, Enna-Pergusa and Albi. There was one other success of note that year for he shared the second placed Ferrari 330P4 in the Brands Hatch Six Hours as the Scuderia clinched that year’s International Championship of Makes.

Ken Tyrrell entered F1 for the first time in 1968 with Stewart leading his Matra International team although the year began under a cloud for Clark was killed in an F2 race at Hockenheim. His was just the highest profile casualty in a tragic year that only further galvanised Stewart’s quest to improved safety when others appeared ambivalent.

Absent from two GPs due to injuring his wrist during Járama’s F2 race, and hampered by the injury for the next four GPs, Stewart lost the Belgian GP when his Matra MS10-Ford required a late fuel stop. He then won the Dutch GP before scoring perhaps the finest victory of his career – finishing over four minutes clear of the field at a soggy and fog-bound Nürburgring. He won the United States GP at Watkins Glen and entered the final round in Mexico three points behind Hill. He led during the early stages in México City before being slowed by problems with his fuel pump. A lapped seventh at the finish and runner-up in the final standings, the World Championship would not prove elusive for long.

Victories in the South African GP (leading from start-to-finish in last year’s MS10) and the Race of Champions set the tone for his successful campaign in 1969. The new Matra MS80 was a neat chassis and Stewart operated on an entirely different plane from his pears. He won five of the first six championship rounds, the only blemish coming in Monte Carlo where he started from pole position and was 30 seconds in the lead when he retired. That run included winning the Spanish GP by two clear laps of Barcelona’s Montjuich Park (in part due to both Jochen Rindt and Chris Amon retiring from the lead) and lapping the field at Silverstone. Second in the German GP despite gearbox problems, he clinched his first world title by winning a slipstreaming duel at Monza – the top four finishers covered by just 0.19 seconds.

With Matra concentrating on developing its V12 engine and Tyrrell preferring to remain with Ford DFV-power, the renamed Tyrrell Racing Organisation began its title defence with proprietary March 701 chassis. Early signs were good for Stewart qualified on pole and finished third on the car’s debut in South Africa and then won the Race of Champions and Spanish GP. He led in Monaco and at Spa-Francorchamps before finishing second in Holland and Italy. However, the team had spent all year building the Derek Gardner-designed Tyrrell 001 in total secrecy. It was unveiled before its debut in the Oulton Park Gold Cup and raced in (and retired from) the last three GPs of the year. Far from sorted, its potential was evident with Stewart qualifying on the front row on each occasion, including starting from pole position in Canada.

That promise was realised during 1971 – Stewart’s Tyrrell 003-Ford winning six times (Spain, Monaco, France, Britain, Germany and Canada) to clinch a second World Championship with three races to spare. Team-mate François Cevert also won the United States GP as Tyrrell claimed the constructors’ title at the first attempt. In addition to his F1 exploits, Stewart drove Carl Haas’ L&M-sponsored Lola T260-Chevrolet in the lucrative Can-Am Challenge that year. He won at St Jovite and Mosport Park and finished third in the final standings behind the dominant McLarens of Peter Revson and Denny Hulme.

He began 1972 with victory in Argentina but missed the Belgian GP when sidelined by a stomach ulcer. He returned at the French GP and won that race and the last two in Canada and the United States, now driving the third generation Tyrrell 005. That end-of-season form came too late to alter the destination of the title for young Brazilian Emerson Fittipaldi was already out of sight by the end of the European campaign.

Runner-up that season, Stewart scored podium finishes in both South American at the start of 1973. Fittipaldi had won on both occasions but the championship momentum swung in Stewart’s favour with three victories in the next four races. He then won at Zandvoort to set a new record for GP wins (26) and scored a final victory around the Nürburgring. Second in Austria, Stewart clinched the title at Monza by recovering from a puncture to finish fourth. With his third World Championship assured, Stewart informed Tyrrell that the Canadian and United States GPs would be his final races before he retired while very much at the top of his profession. Tragically, that 100th and last GP appearance never happened for team-mate Cevert was killed during practice and the team withdrew as a mark of respect.

There were offers to return to the sport but Stewart never raced again. That said, he worked tirelessly in the corporate world for companies such as Rolex and Ford, was a commentator on American television and eventually turned team owner. Initially that was with Paul Stewart Racing as his son competed in the lower formulae. Paul Stewart may not have realised his own driving ambitions, but the team was soon established as the benchmark in the junior categories. It won the British F3 Championship on six occasions between 1992 and 1998 before the Stewarts announced that they were graduating to F1 in 1997.

Backed by the Ford Motor Company, Stewart Grand Prix’s three seasons culminated in an emotional 1-3 victory in the 1999 European GP at the Nürburgring – Johnny Herbert and Rubens Barrichello making the most of changeable conditions and the misfortunes of others. The team was sold to Ford at the end of the season and continued (unsuccessfully) as Jaguar Racing before being acquired (successfully) by Red Bull in 2005. Stewart was made a Knight of the Realm in 2001 and continues to be an influential figure in the F1 paddocks of the world.