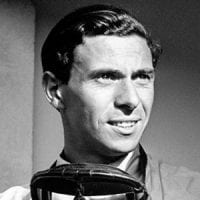 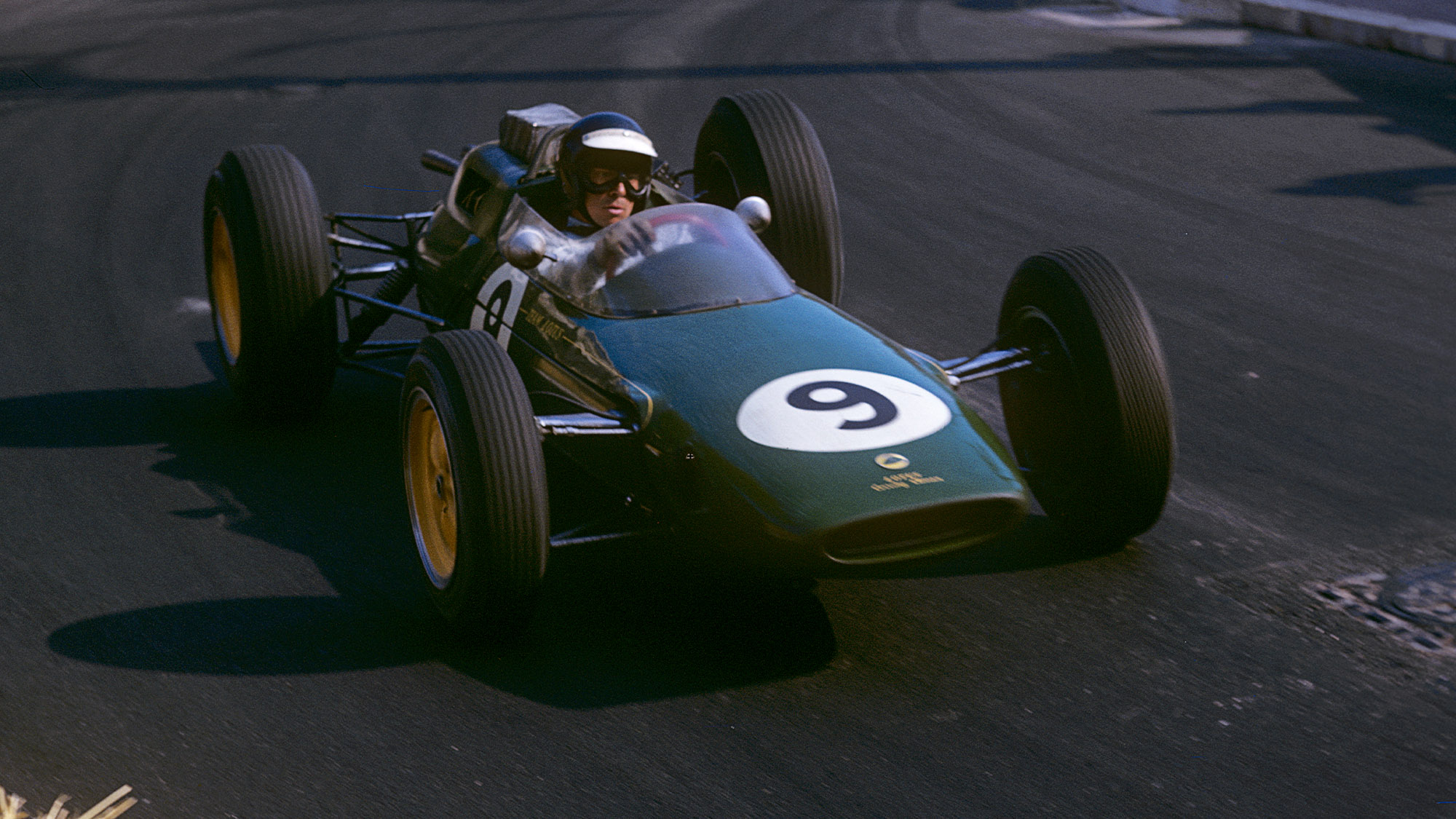 The death of Jim Clark shock the motor racing world to the core, just as the tragedies of 1955 and 1994. Twice World Champion and winner of the 1965 Indianapolis 500, this quietly spoken and reserved Scot was revered on both sides of the Atlantic. But for his untimely death in an unexplained accident during Hockenheim’s Formula 2 race, Clark may well have won another couple of titles or more. “What can I or anyone else say,” wrote Denis Jenkinson in the May 1968 issue of Motor Sport. “Mere words are inadequate to express our feelings.” The sport had lost one of its greatest-ever stars.

For all his success on the track and resulting life as a tax exile, Clark was somewhat shy and was happier on the family sheep farm in the Scottish Borders than in the public eye. He drove his father’s car there from the age of nine and interest in the sport was only heightened by spectating at Brands Hatch while on a visit to the area and watching Giuseppe Farina race at Charterhall.

Without telling his parents of his wish to race, Clark began to compete during the mid-1950s and began to enjoy some regional success at the end of 1957 when driving Ian Scott-Watson’s Porsche 1600S. Clark joined the newly formed Border Reivers Racing team for the following season and won 12 of the 20 races he started.

He switched from Jaguar D-type to Lister-Jaguar for 1959 and the success continued as Clark’s reputation burgeoned. He also made his debut at Le Mans when sharing the tenth-placed Lotus Elite with Sir John Whitmore. It was Boxing Day 1959 before Clark first drove a single-seater racing car – his Gemini finishing eighth in the Formula Junior race – but he was already regarded as a talent in waiting.

He signed with Aston Martin for 1960 but introduction of the front-engine F1 challenger was delayed so Clark made his Grand Prix debut with Lotus at Zandvoort. Fifth next time out in the Belgian GP, Clark finished third in that year’s Le Mans 24 Hours when sharing a Border Reivers Aston Martin DBR1/300 with Roy Salvadori. He drove a works Lotus 18-Climax for the balance of the season and excelled in F1, F2 and Formula Junior. He narrowly beat Dan Gurney in the F2 Kentish 100 at Brands Hatch and was crowned John Davy and Motor Racing British Formula Junior Champion –tying team-mate Trevor Taylor for the latter. He also finished third in the Portuguese GP as he completed a fine maiden F1 season eighth in the World Championship.

Clark concentrated on F1 during 1961 – the first season of new 1.5-litre rules. Ferrari dominated that year but Clark won the non-championship Pau GP and finished third in Holland and France when points were on offer. Fourth in the German GP, Clark diced with the Ferrari of championship leader Wolfgang von Trips during the opening laps of the Italian GP. However, they touched as they approached Parabolica for the second time. Von Trips’s car was launched into the crowd killing the German and 14 spectators. Team-mate Innes Ireland won the final race of the year but was released as team owner Colin Chapman invested in Clark’s youthful promise.

Undisputed team leader and now armed with the revolutionary monocoque chassis Lotus 25, Clark won the Belgian, British and United States GPs as he challenged Graham Hill for the 1962 World Championship. The title decider was the South African GP at East London and the rivals qualified on the front row of the grid. Clark steadily pulled away at the front of the field and was set to clinch a first world title before suffering an oil leak with 20 laps to go.

Runner-up in the 1962 World Championship, the Scot began his third full F1 season as a firm title favourite. He retired from the lead at Monaco before racing in the Indianapolis 500 for the first time later that week. Clark started America’s richest race from the middle of the front row and remained in contention all day. His Lotus 29-Ford was running second when race leader Parnelli Jones’s Watson-Offenhauser started to leak oil. Chief Steward Harlan Fengler controversially decided not to show Jones the black flag and Clark was forced to be satisfied with an impressive second position. He returned to the series later that year to lead the Milwaukee 200 from start-to-finish – Jimmy Clark was now a superstar on both sides of the Atlantic Ocean. Clark made up for his disappointment in Monaco (a race he would never win) to dominate the rest of the 1963 World Championship. He won seven of the remaining nine GPs (finishing on the podium on the other two occasions) and clinched the title with three races to spare.

Clark qualified on pole position for the 1964 Indianapolis 500 but was forced to retire when his suspension failed while in the lead. He won three of the opening five GPs of the season but poor reliability hampered his title defence. That year’s British Saloon Car Champion with a Lotus Cortina, Clark entered the final GP of the year in a three-way fight for the title with Graham Hill and John Surtees. He qualified on pole position for that Mexican decider and led with ease to all-but capture back-to-back championship wins. However, his engine was losing oil and it finally expired on the last lap – thus handing a dramatic World Championship success to Surtees. Clark was third in the final standings.

Such were the ambitions of Clark, Lotus and Ford that he missed the 1965 Monaco GP to race at Indianapolis for a third time. He qualified in the middle of the front row and led for 190 of the 200 laps as he clinched a famous win. Already winner of the opening South African GP, he returned to Europe and promptly won the next four qualifying rounds to be crowned World Champion at the Nurburgring – again with three races remaining. An utterly dominant year also included title success in the Tasman Cup and British and French F2 Championships.

Twice World Champion and acknowledged as F1’s leading star, the introduction of new 3000cc F1 rules for 1966 rendered another title challenge impossible. Most of the season was spent peddling an underpowered 2-litre Lotus 33-Climax but Clark still managed to finish third in Holland. The complex and ultimately disappointing BRM H16 engine was finally ready by the end of the European season and it held together long enough for Clark to win the United States GP – one of only three points finishes that season. He also starred at Indianapolis once more by qualifying second but was beaten by Hill’s Lola on Memorial Day.

Rather than persevere with BRM power in 1967, Lotus signed an exclusive deal with Ford and Cosworth to develop the new DFV engine. Clark also had a new team-mate with perennial rival Hill joining from BRM. The Lotus 49-Ford was introduced at the Dutch GP with Hill qualifying on pole position and Clark winning after the Englishman retired. Further victories in the British, United States and Mexican GPs confirmed his place as F1’s greatest star but crucial retirements restricted him to third overall. That season also included his remarkable comeback drive at Monza when Clark recovered a full lap lost in a pitstop to only lose victory by running out of fuel at the last corner.

Now a tax exile living in Paris and with his car and engine fully sorted, Clark converted pole position for the South African GP into victory at the start of 1968. That established new F1 records for both qualifying and race wins and lay the foundation for another expected title charge. However, before the Grand Prix circus reconvened, Jim Clark was dead. Uncharacteristically off the pace during qualifying for the F2 Deutschland Trophy at Hockenheim, Clark was running eighth after four laps of the wet track when his Lotus 48-Cosworth crashed into the trees at high speed with its driver killed instantly.