Before the Formula 1 circus kicks into gear, grand prix editor Mark Hughes looks back at the life and career of Cliff Allison 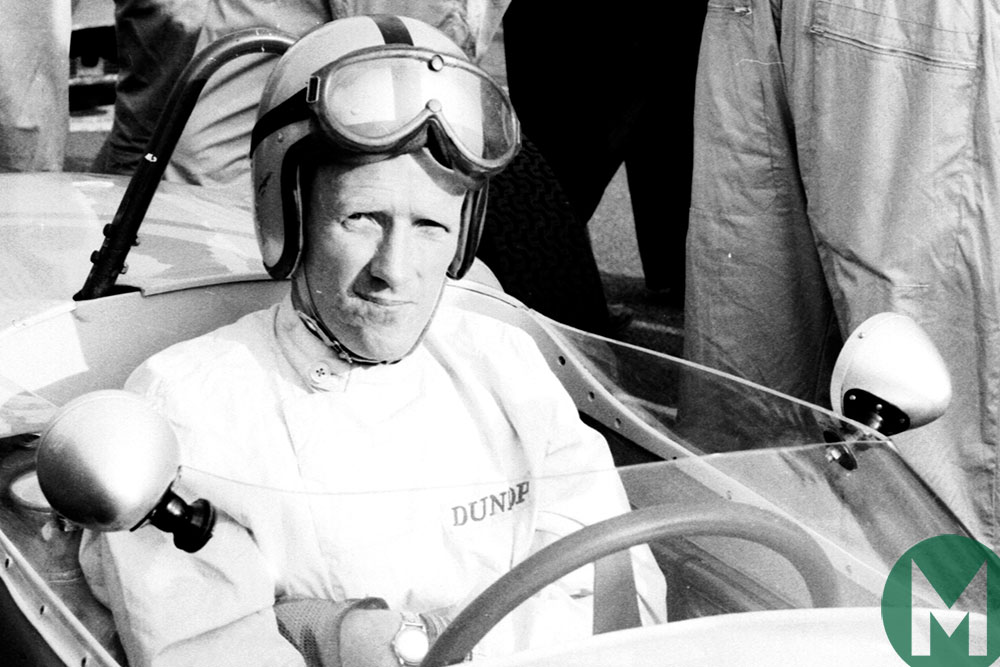 It would have been Cliff Allison’s 87th birthday today. His sudden passing in 2005, aged 73, made but a ripple – even in the specialist press.

His Formula 1 career – even though it was with Lotus and Ferrari – had been brief, curtailed by injury and his name rarely came up when discussion turned to that generation of British drivers – Hawthorn, Collins, Brooks and, later, Surtees – who shone for Ferrari in the 1950s and ’60s. Partly it was the brevity, but it was probably also the persona – that of the cheerful down-to-earth Cumbrian.

He seemed more likely to have been ploughing the fields than guiding his works 250 Testa Rossa between the trees and lampposts at 160mph, or – in his front-engined Dino 246 – chasing down Bruce McLaren’s leading Cooper in a bid to win the 1960 Argentine Grand Prix.

He was good, seriously good. He might have won the German Grand Prix at the Nürburgring in his rookie season but for a burst radiator. He was quick enough to set the fastest qualifying time at AVUS for Ferrari in only his second season (although a regulation demanding that the time be set in the assigned race chassis for it to count saw him starting at the back of the grid after he was obliged to take the spare on race day). At Lotus, he was invariably quicker than his fellow rookie team-mate Graham Hill.

I spoke with him when he was in his late 60s and cheerfully resolved about the injuries that brought his career to an end before it had barely begun. But he admitted that for a long time, after returning back to Brough to run the family garage, he was bitter about the hand fate had dealt him. But as he retold tales in his broad Cumbrian lilt it was just as impossible to imagine this man as anything approaching bitter as it was to picture him fighting for victory in a grand prix.

In later years, Cliff would drive the local school bus…

He recalled how it was as he was in the front-engined Ferrari, hot fumes spilling over him, late afternoon sun low in the sky as he chased down McLaren in Buenos Aires. But he told it as if describing what had happened at the Longtown cattle auctions the week before.

“I’d started from the second row, with the two other Ferraris of Phil Hill and Taffy von Trips. I decided that I was going to run right through without a pitstop, I felt that was the way to go. Now Dunlop had two tyres out there: one with 5mm tread for those making a pitstop and one with a 7mm tread if you were going non-stop.

“Just before the race Dunlop’s Vic Barlow said, ‘Oh Cliff, we’ve put the wrong tyres on your car.’ They had me on the 5mm treads but I had full tanks. So I said, ‘How will I know when they’re worn out?’ and he told me a white strip would appear on one side, then the other side and when a third strip appeared between them it meant they were totally bald.

“So I just bided my time in the early laps. I think I was about fourth or so. Moss’ Cooper and Bonnier’s BRM were leading but they both fell by the wayside and eventually it was just Bruce McLaren’s Cooper and me. I was catching him, but all the time I’m worrying about my tyres and just pushing as hard as I dare.

“I’d got to within six seconds of him with 10 laps to go but by then all the white strips were showing and I had a little struggle with myself whether to throw caution to the wind or just back off and make sure I held on to second. Well, I backed off and settled for second, well ahead of the other Ferraris.”

He lived in Brough – a market town in Cumbria – for all his life, even as a Ferrari driver. “Yes, it wasn’t too bad, really. I’d drive to Darlington, park the car at the station, get the train to Kings Cross, a taxi to the bus station where I’d get the bus to Heathrow, fly to Milan, taxi to the train station there, train to Modena, then another taxi. I once did this for a test that they wanted to do and when I got there I found they’d cancelled the test! So I set off back home again!”

He paid his own expenses but got a share of the prize money. Hence results like victory in the 1960 Buenos Aires 1000km, sharing with Phil Hill, were especially important.

“I remember I had the beginnings of a ‘flu that weekend and was a bit under the weather. But they had [José] Froilán González on stand-by waiting to take my place and no way was I letting that happen.”

It all paints a wonderful picture of the carefree – albeit dangerous – times. Pitched in with Hill, Gurney, Ginther, von Trips et al, more drivers at the team’s disposal than there were cars for them to drive, how was that notorious agitator of men, Enzo Ferrari?

“Oh, he was grand! Never a cross word. He even used to take me round with him in his own car and we’d go for great long three-hour meals.”

But then he went on to recall how he had to defend himself against Ferrari’s questions of why he hadn’t pushed McLaren harder in Argentina.

“I’d been very pally with Peter Collins and I knew just what pressure the Old Man had put on him. I’m sure it was this that caused Peter’s fatal accident at the Nürburgring. He’d only just won the British GP, yet still he kept on at him. I never could reckon that. Now here he was saying that I should’ve gone guts for garters for the win in Argentina. But it wasn’t his neck on the line…”

In later years, Cliff would drive the local school bus and he put a lot into the Brough community.

The image of the grey-haired, smiling, wiry old guy driving a bunch of kids to school and back in rural Cumbria, with no-one ever suspecting the heady existence he had once enjoyed, is a lovely one.