As we approach F1’s car launch week and ponder again if anyone can finally break Mercedes’ monopoly of the hybrid formula as it goes into its seventh season, it’s timely to recall that the team beneath the badge has been through many incarnations and can actually trace its ancestry back to the Tyrrell team. It has won championships in three of its five incarnations.

There’s very little Tyrrell DNA left there now, but many of the key personnel – sporting director Ron Meadows, chief strategist James Vowles, chief engineer Andy Shovlin, chief track engineer Simon Cole – have been there since the BAR days a quarter of a century ago. From the perspective of the beginning of a new decade, looking at the pre-season of each of the previous fresh decades gives some idea of the storied history of the most successful team the sport has ever seen.

At the dawn of the ‘90s, the Tyrrell team’s peak Jackie Stewart glory days were almost 20 years in the past. It had steadily dwindled in stature without the commercial ability to grow in line with the vast expansion of the sport. But it still had a final trick up its sleeve – because almost unbelievably the most aerodynamically advanced car in the whole field was taking shape in Ken Tyrrell’s Surrey timber yard. 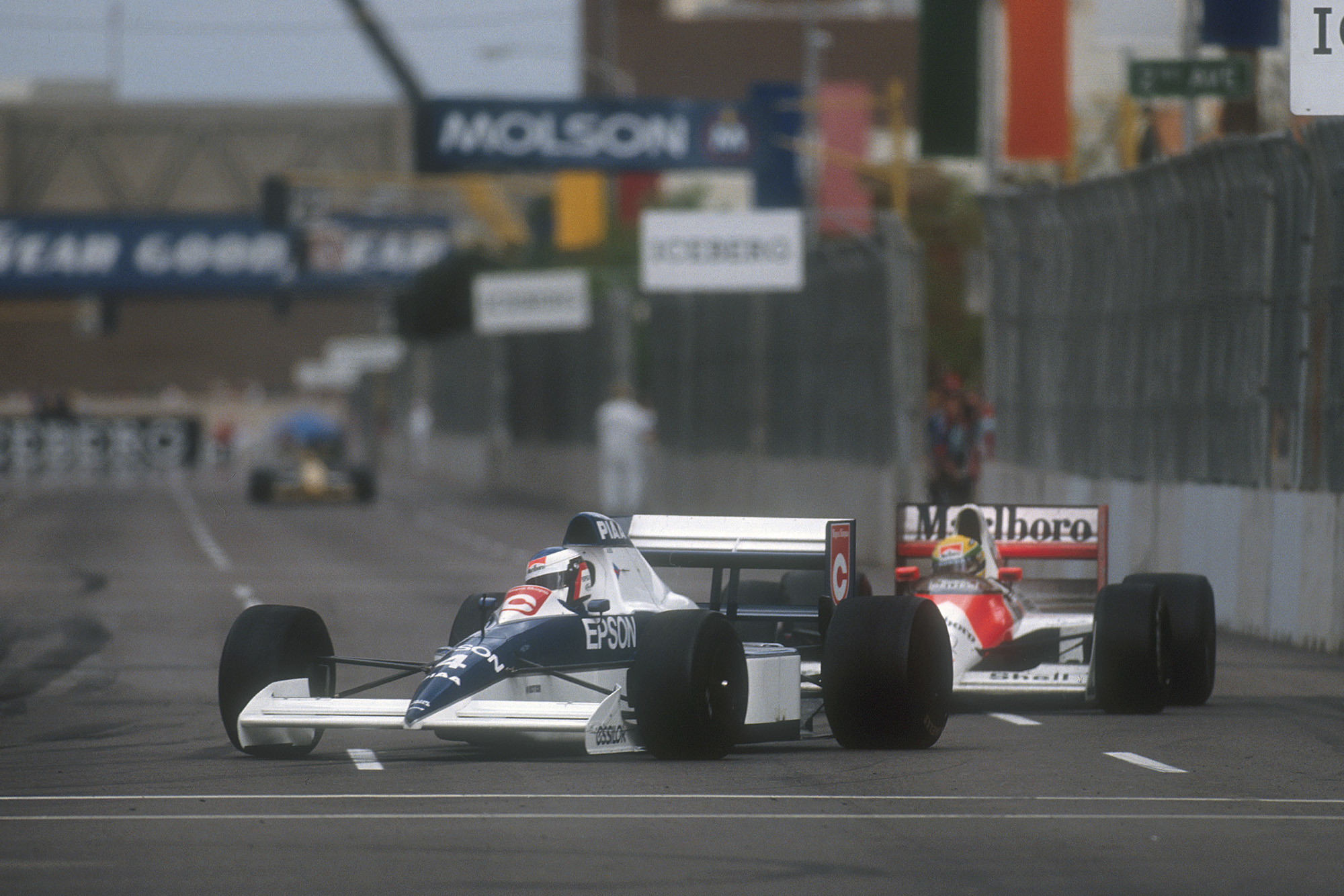 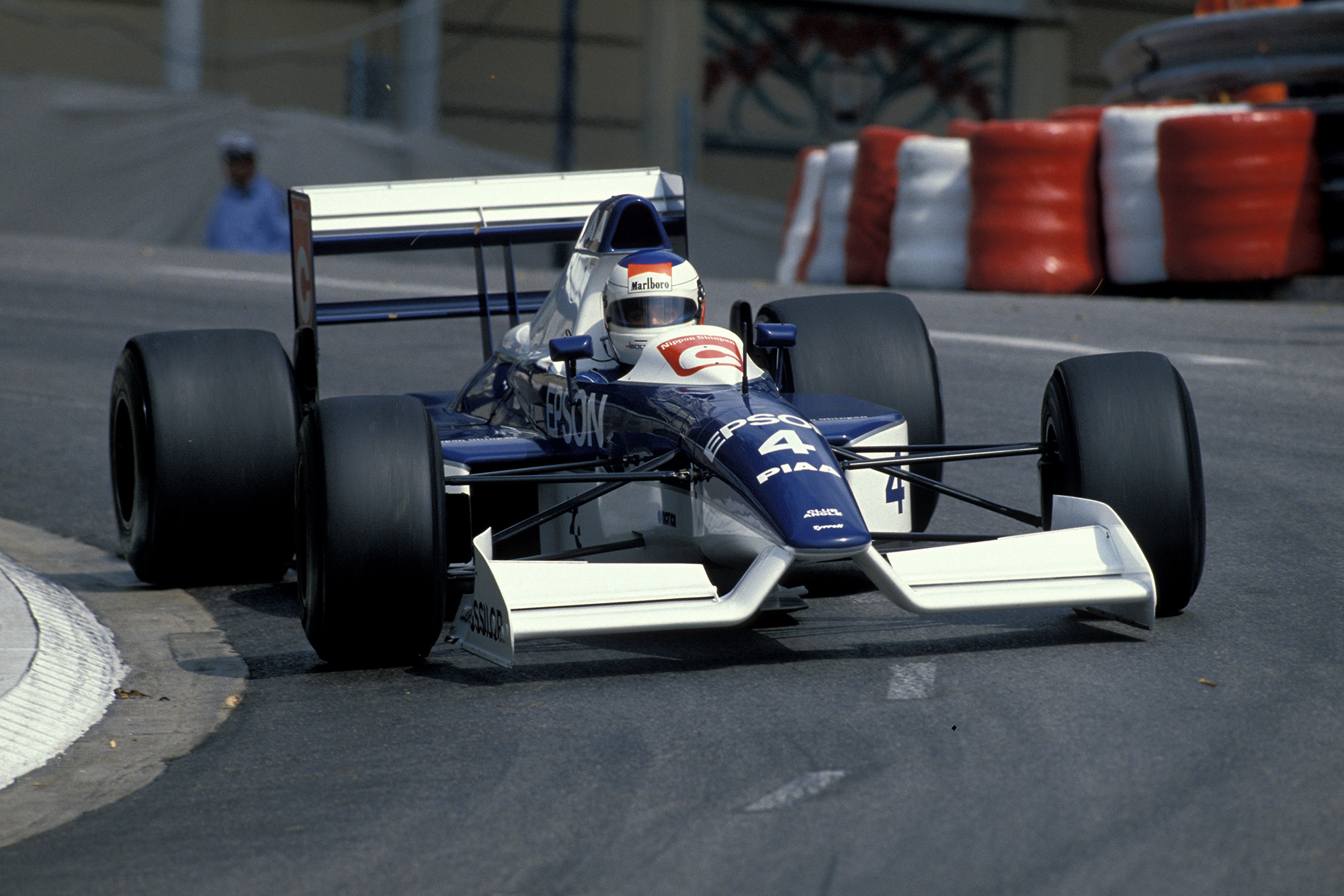 How this had come to pass was to do with internal politics at Ferrari where the recruitment of John Barnard as technical director had not been compatible with the existing position of Dr Harvey Postlethwaite. They’d tried running in parallel but it was never going to work and eventually Harvey agreed a package deal to leave at the end of ’87. Part-way through ’88, he was welcomed with open arms at Tyrrell which had been struggling near the back for years, often virtually unsponsored, occasionally kept alive by a cash injection from Bernie Ecclestone.

Postlethwaite brought with him from Ferrari a deep-thinking aerodynamicist, Jean-Claude Migeot, and together they created the 1989 Tyrrell 018 which took as its cue Adrian Newey’s 1988 Leyton House in the way that it prioritised underbody airflow. Despite its customer Cosworth engine, it often showed a great turn of speed, especially when hustled along by the rookie Jean Alesi. That car would be used at the beginning of 1990 – and was the machine in which Alesi retook the lead from Ayrton Senna’s McLaren in Phoenix and ultimately finished second. Which was punching several leagues above Tyrrell’s weight. 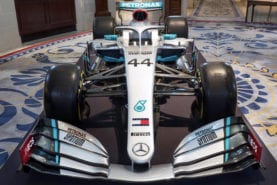 Mercedes has hinted at its long-term Formula 1 future at the unveiling of its 2020 Formula 1 livery for the W11. Ahead of the launch of the car later this…

But the 019, the pukka 1990 car, took the aero principles of the 018 a big step forward. Rather than just raising the nose, Migeot raised the whole front of the car, including the cockpit. “As soon as I saw it I realised that’s what I should have done,” said Newey. “It took the concept to its logical conclusion.” The 019 had massively more volume of air being fed to the underbody than the traditional low-nose cars still being run by McLaren and Ferrari. Only the car’s power deficit prevented it from dominating those teams. Alesi scored another second place with it at Monaco but iffy reliability and a few rookie errors meant Tyrrell scored only fifth in the constructors championship and by the following season the top teams had understood the Tyrrell’s advantage. But it had been great, heady stuff while it lasted. 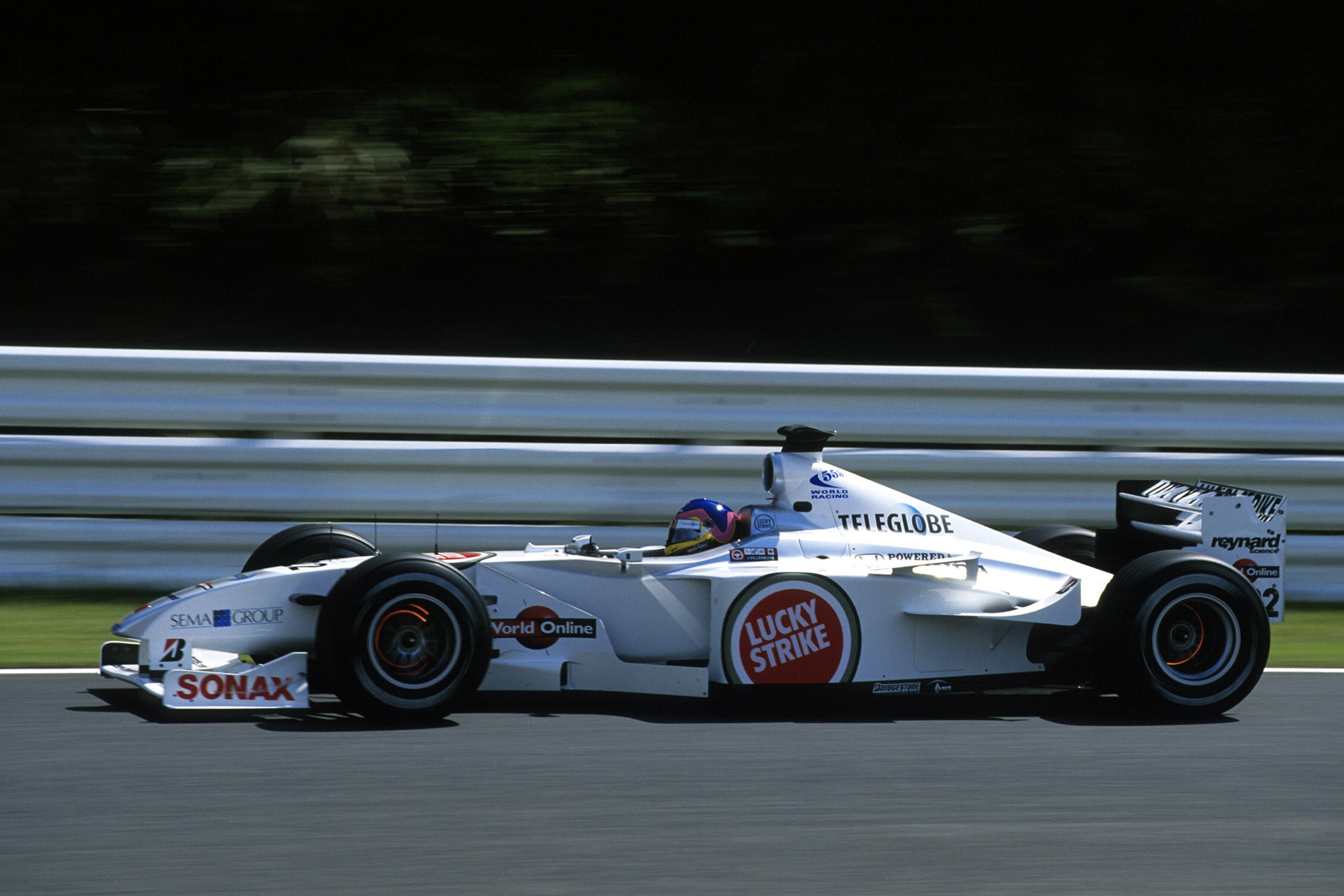 The Craig Pollock-led, BAT-sponsored, consortium had bought-out Ken Tyrrell in 1998. In ’99 the team had relocated to Brackley in Northamptonshire, where it remains to this day. With the help of Reynard it had produced the BAR 001, a so-so car in which Jacques Villeneuve failed to score a point. But at least the team, instead of dwindling away to extinction, was now properly financed and expanding.

For 2000, things were stepping up. Honda was returning as BAR’s partner. This had always been the plan and ’99 had been contested with a customer engine to get the team established and ready for Honda’s official re-entry after withdrawing at the end of ’92. There was a buzz about the prospect, despite the difficult first season as BAR. The BAR 02, vice-less but hardly cutting edge, would go on to score regular fourth places in Villeneuve’s hands, putting the team fifth in the constructors’ championship.

There has surely never been a more dramatic off-season story than that which had unfolded over 2008-09 at Brackley – as Honda, spooked by the banking crisis and dramatic reduction in car sales, pulled out of F1 without warning, and team principal Ross Brawn put together an unlikely management rescue plan. Even more fairy tale, as Brawn Grand Prix, it won the 2009 world championship with Jenson Button and Mercedes engines.

There’d been the brief promise of 2004 but Honda and the BAR team never had properly gelled and Honda had bought it outright to run as the Honda works team from 2006 onwards. Many managerial and technical changes had unfolded as Honda’s ambitions had not been met, with only Jenson Button’s victory in Hungary 2006 to show for all those years of toil. Two consecutive awful cars in 2007 and ’08 confirmed the technical disarray, but Ross Brawn had been hired to turn things around, something he would do dramatically, albeit not quite in the way envisaged. 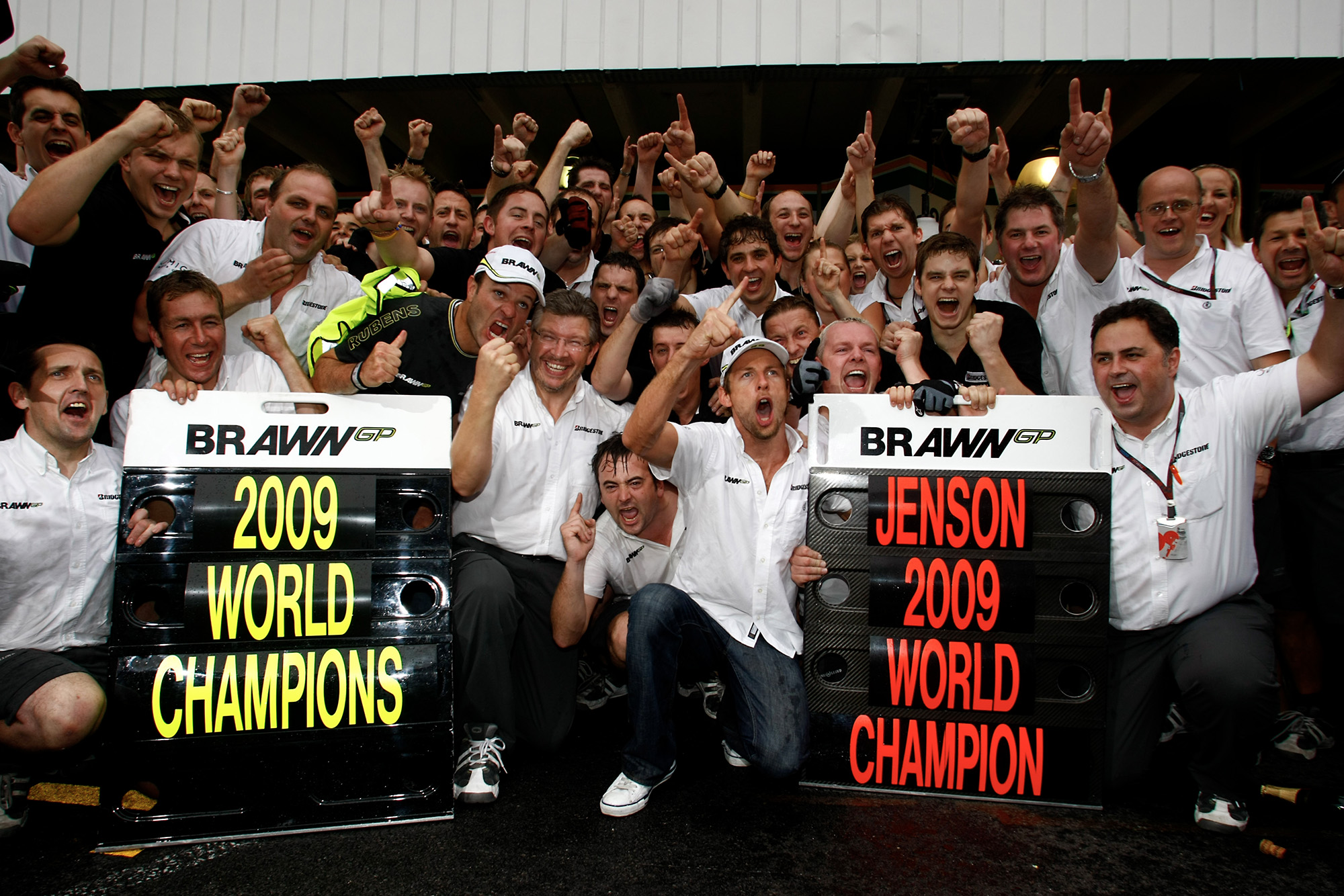 Brawn brought the championship to Brackley in 2009 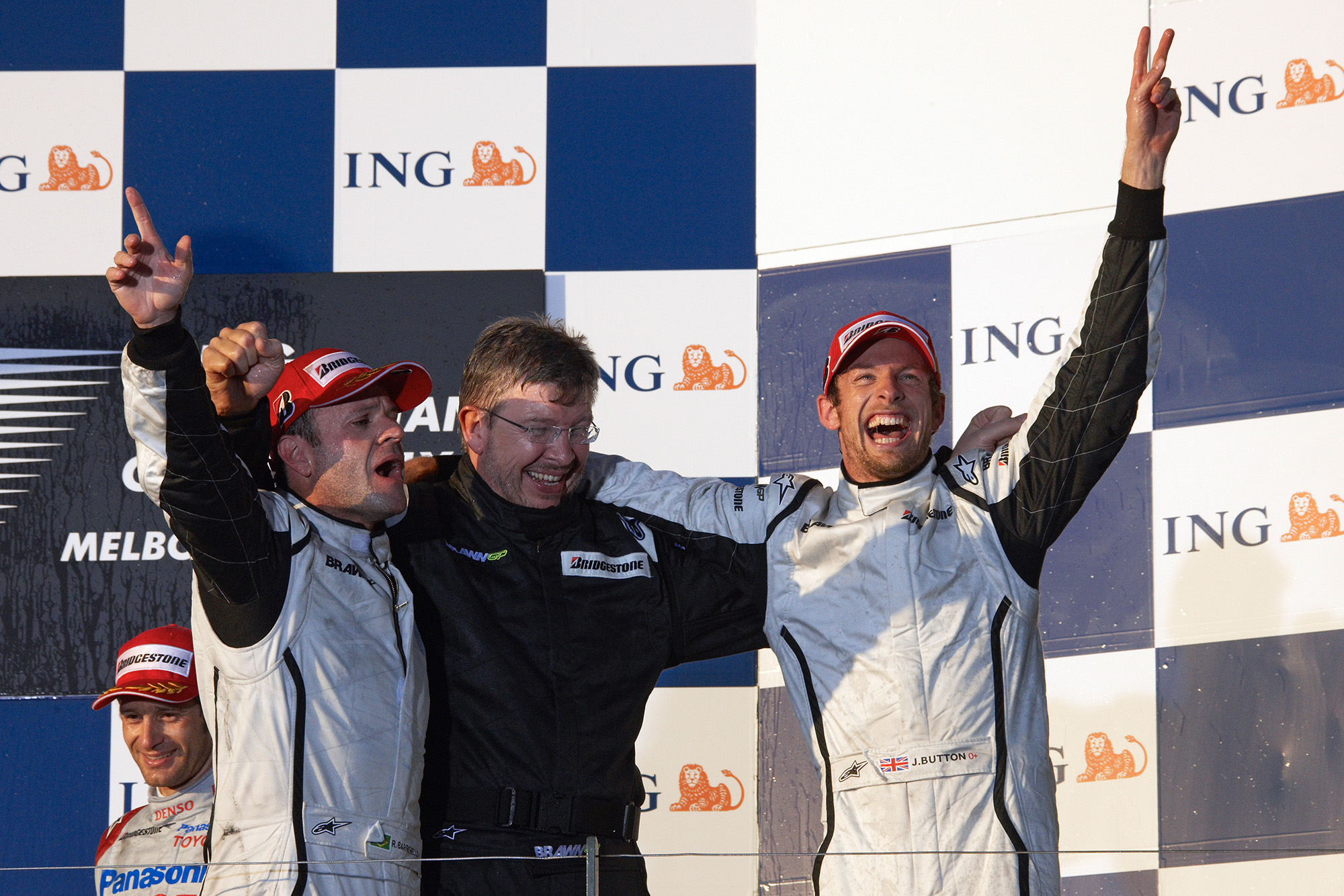 Barrichello, Button and Brawn celebrate a 1-2 in Melbourne 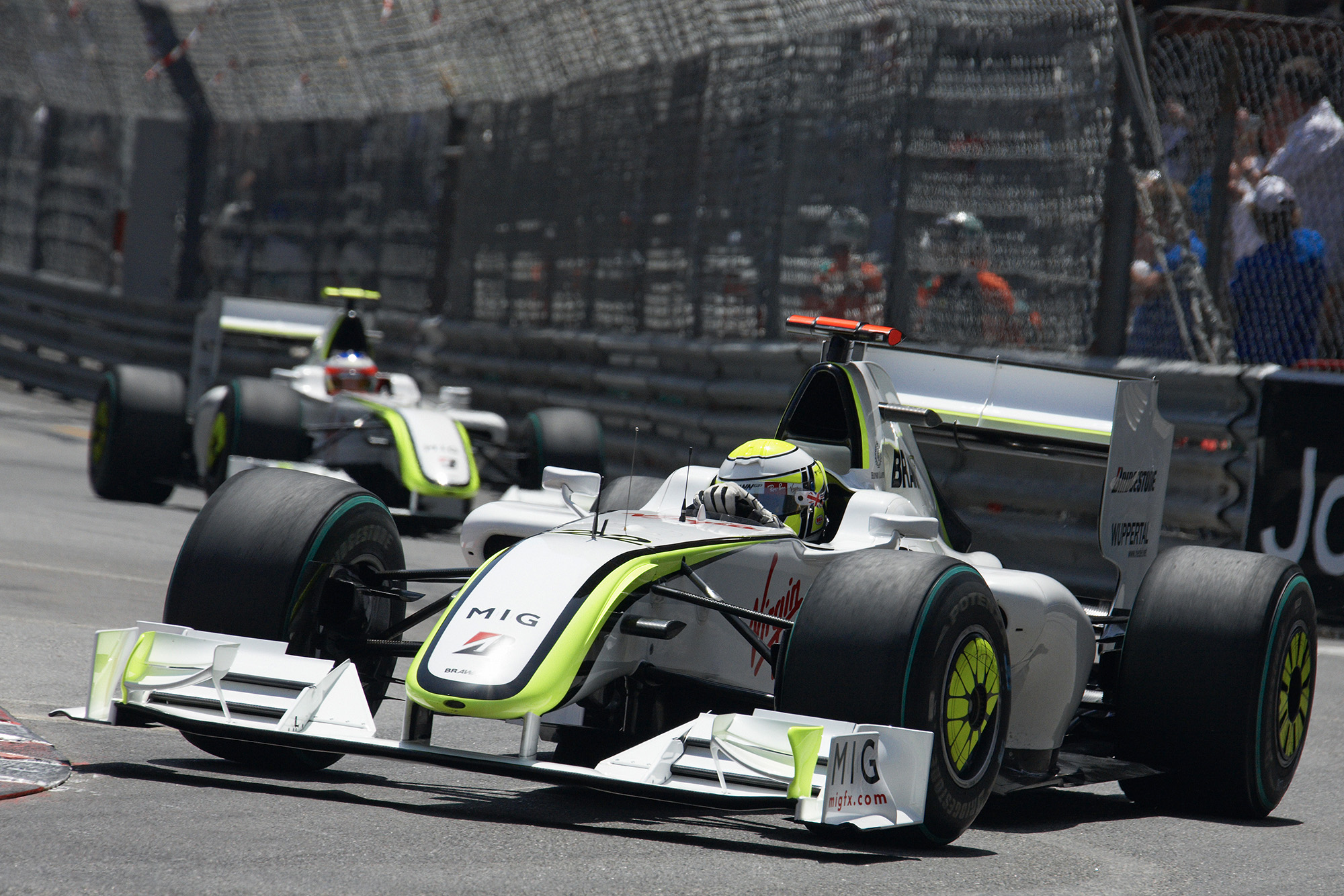 As Brawn and Button pulled off their unlikely feat, they’d used up pretty much everything that was in the pot (which was largely comprised of a Honda pay-off). But their remarkable season had unfolded at just the time Mercedes, after 15 years of partnering with McLaren, was thinking it was time to take destiny into its own hands. Here was a championship-winning team for sale, the perfect opportunity. So Brawn Grand Prix morphed into Mercedes AMG F1 and Michael Schumacher came out of retirement to drive alongside Nico Rosberg. A brand new era. Could Schumacher in the title-winning team take up where he’d left off? It was a fantastically exciting time at Brackley.

As it turned out, there were unimagined glories down the road, but just not quite yet and not with Schumacher. Brawn would soon be putting in place the foundations of the hybrid formula success, even though he’d been replaced by Toto Wolff before that all played out.