There’s an increasingly propounded theory in F1 technical circles – seemingly supported by the competitive evidence of the last two seasons at least – that the low-rake aero concept followed by Mercedes for the last seven years is inherently better than the high-rake approach taken to extremes by Red Bull and followed by most others.

The theory is that since the front wing endplate restrictions of 2019, the high-rake concept has been too sensitive, its downforce not robust enough through different conditions of speed, yaw, steering, ride height etc.

Theoretically, it should give greater peak downforce. The floor-diffuser combination acts like a converging-diverging duct for the air. With a high-rake floor, the greater expansion of volume from behind the gap at the floor’s leading edge will lower the air pressure more and thereby give a greater increase in the speed of the underbody airflow. Which in turn creates more downforce.

The total underbody downforce will be a multiple of the pressure and the floor’s plan area. Hence a lower rake floor, like that of the Mercedes, needs a greater plan area to give equivalent peak downforce. Hence the Merc always has the longest wheelbase.

The problems for the high-rake approach really begins in slow corners, as the downforce acting upon the car reduces rapidly (downforce squares with speed) and consequently, the rear ride height rises much more than on the low-rake car (which by definition has a lower rear ride height). This can then break the seal of the diffuser with the airflow from the underfloor as it simply rises too far above the track surface at just the moment the airflow is slowing down (from the reduced car speed) and needs the most help. 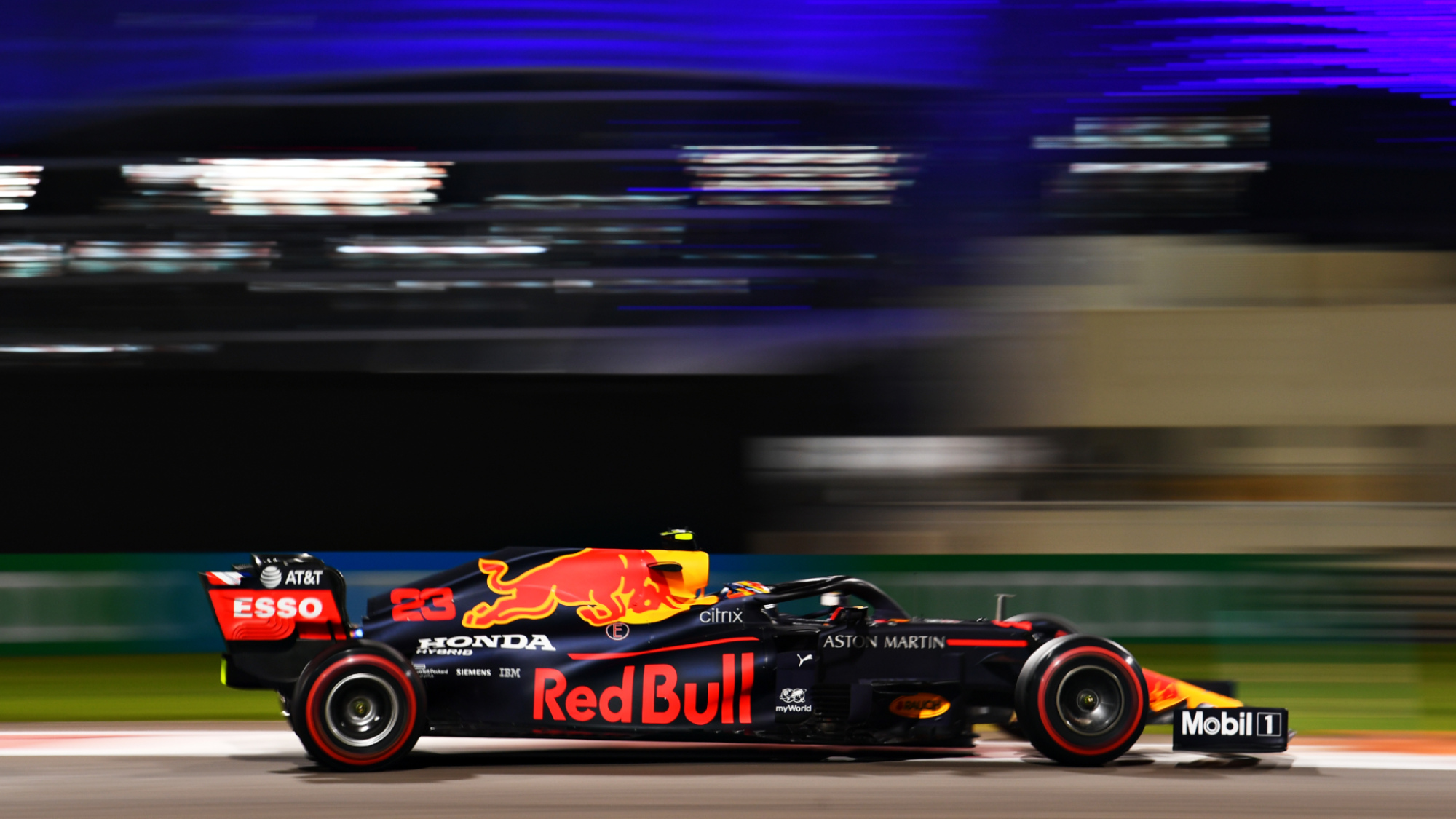 The shorter wheelbase and higher rake on the RB16 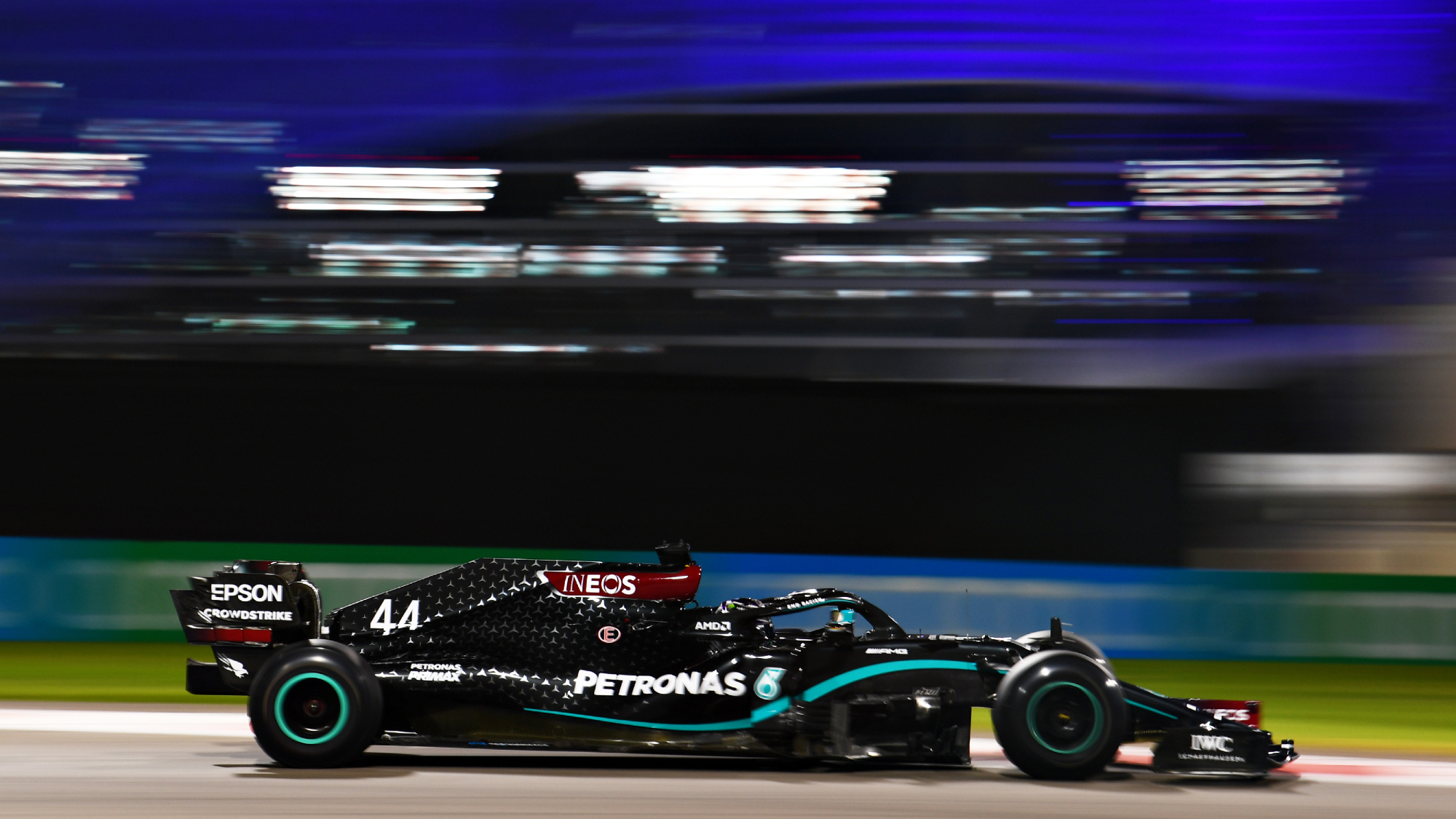 Mercedes has stuck with its long wheelbase concept since 2017

To get around this, teams have devised various vortex-creating surfaces to trip the air into spinning up. These vortices accelerate the flow and particularly crucial are those formed from the bargeboard vanes which then feed into the floor to accelerate underfloor airflow speeds.

From 2019 the number of under-wing vanes permitted was restricted to two each side, making it more difficult to turn the air from the front to the bargeboard in a short distance without it detaching. The effect of detachment would be to suddenly reduce the underfloor airflow speed – especially at low car speeds.

So for 2020, Red Bull drastically reduced the width of its nose so as to be able to turn that airflow towards the bargeboards earlier, with less risk therefore of detachment. But it then ran into problems keeping the two sets of vortices from each side of the narrower nose from interfering with each other – especially at low car speeds. So at low speeds the car had greater downforce than before when it was working, but the switch-off was even more abrupt when it came.

Hence much of the early season we saw Max Verstappen and Alex Albon frequently spinning in slow corners as they sought to find what was a high but unpredictable limit. By the end of the year – in the last two races in particular – Red Bull had finally got on top of the problem with, among other tweaks, a slot in the under-nose cape which kept some airflow going to the floor without being diverted to the bargeboards.

Red Bull’s chief engineer Pierre Wache is convinced that their high-rake concept is better, that it was just the understanding of the aero problem around the new narrow nose concept that prevented them showing this sooner. He’s quite gung-ho about that view too: “We missed an opportunity because I think they [Mercedes] were beatable. If we’d found what we find now on the car, we’d beat them. I’m pissed off with that and I think we’re all on the same page. 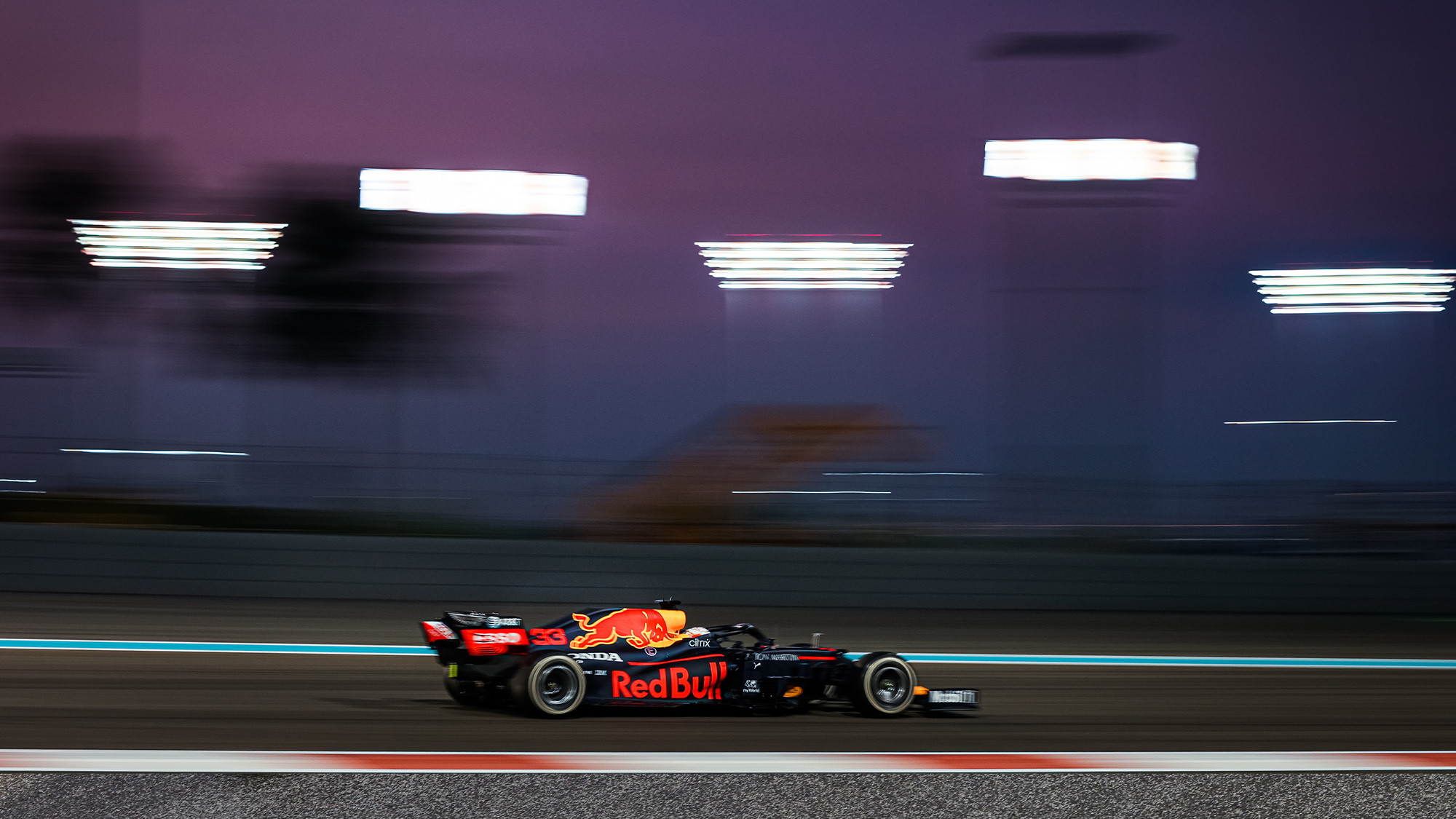 MPH: Why Red Bull had the fastest car in Abu Dhabi

An improved Red Bull and a slightly less than fully fit Mercedes finally swung the balance in the last race of the season, Max Verstappen winning from pole in Abu…

“They did do a good job, to be fair, no DNF etc. But they are not everywhere perfect and I think we can find more performance than them, even with the engines as they were. They are beatable.”

Quite bold, given the dominant season Mercedes has just had. But not something that Merc’s technical director James Allison would dismiss. “Moving away from your current position on anything that works is fraught with peril. It’s a frightening thing to do, because when you change from your current concept to go off in a different direction, you are almost certainly going to spend quite a long time worse – slower than your current concept because you’ve put a lot of effort into your current concept and nearly all the movements away from there are going to initially be worse. And only after a certain amount of consistent investment in that new position are you going to start to get the benefit back from it. And it’s very hard to be very brave in jumping to a new configuration because you fear that you’re just going to never catch even if you’re eventually on a better concept, you’re going to be behind by the amount of time that you’ve spent learning how to use that new concept. So that tends to make teams stick year after year after year with what they’ve got.”

So in the final year of this formula before the all-new aero regs of next season, which position is Red Bull in relative to Mercedes? On the cusp of finally realising the full benefit of a better concept? Or tricked into believing its concept is better?