This really was one of the most straightforward of grands prix of the modern era, Max Verstappen and Red Bull-Honda never looking anything other than comfortable victors. Lewis Hamilton and Mercedes gave ever-more distant chase, but were abusing their tyres just in trying to keep up. In reality, it was no contest.

The Red Bull is being continually developed. Here it had a new floor and diffuser, with the vortice-inducing shark’s teeth along the upper flap helping keep the airflow attached even at the extreme ride heights the car runs in slow corners. It’s that sort of underbody performance which is allowing Red Bull to run much skinnier wings than Mercedes, which was losing as much as 0.25sec down the straights.

The Honda was deploying for slightly longer than the Mercedes – as it has all year – but not to anything like that extent. The advantage is aerodynamic. For Mercedes to run a wing as skinny as that would lose it way more time in the corners than it gained on the straights. Red Bull has just got the RB16B now into a happier aerodynamic place as it continues to fine-hone it. There may not be as much development potential left in the Mercedes – but it’s not something we look set to find out, as Merc has effectively switched off development of this car in favour of 2022. It was a decision reached some time ago – when it probably didn’t expect the Red Bull catch-up to be so effective and rapid.

So it played out with Verstappen securing pole by a handy couple of tenths over a very short lap. The Merc was able to take a little bit of time from it through the fast Turn Six-Seven sweeps (the old Texaco chicane), but was otherwise no faster through the turns and slower down the straights. 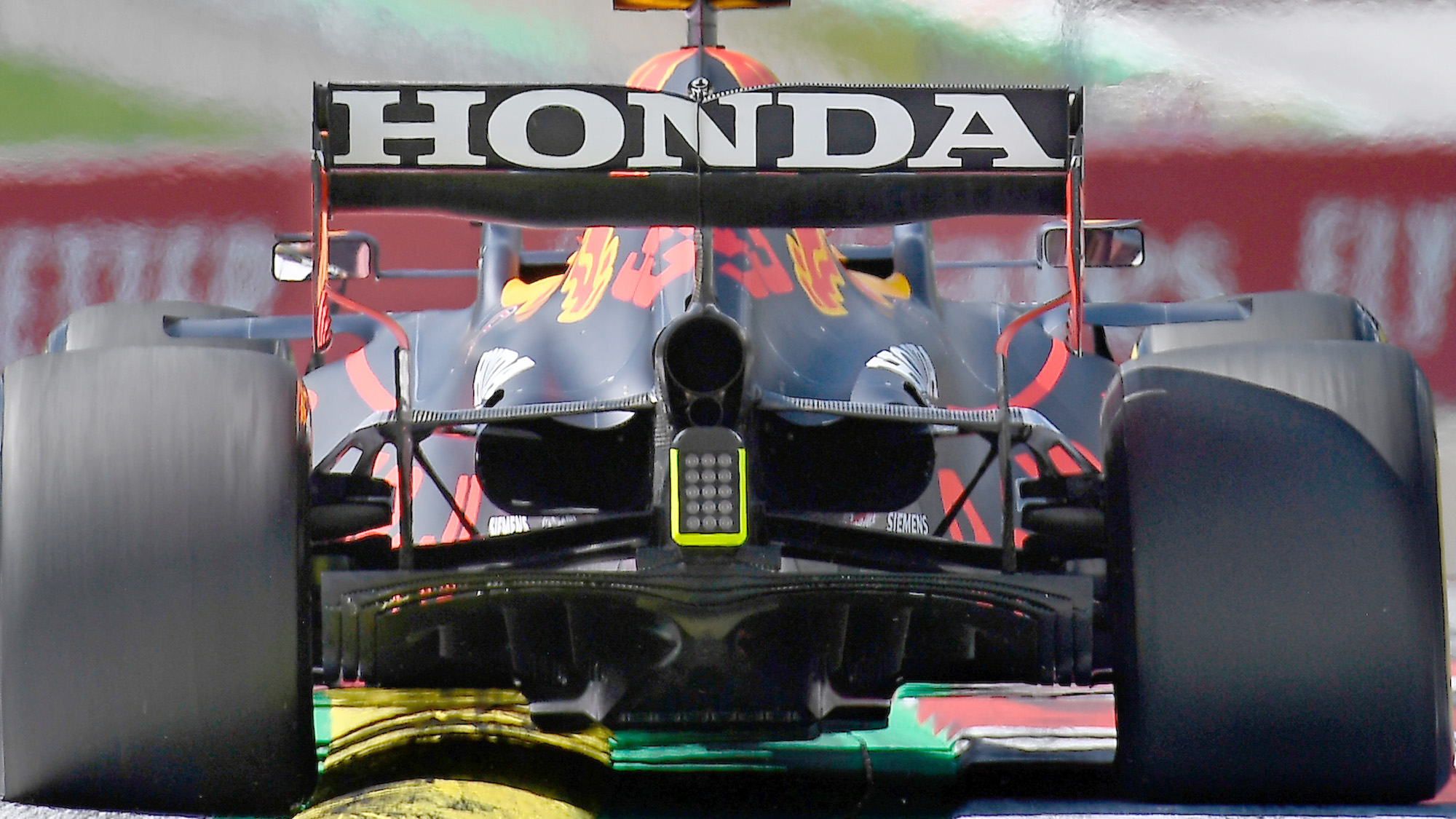 Valtteri Bottas and Hamilton were second and third quickest, separated by hundredths, but the former was taking a three-place grid penalty for having spun in the pitlane during practice. Which put Hamilton on the front row and the brilliantly-driven McLaren of Lando Norris third. Sergio Perez is still scratching for qualifying pace to Verstappen, didn’t feel able to use the mediums in Q2 and so started on the softs unlike Verstappen and the two Mercs.

That slightly out-of-place qualifying order in the second and third rows was very influential in the race – in that it allowed Verstappen and Hamilton to quickly leave everyone else far behind. By the time Perez and Bottas had found a way by the much slower McLaren of Norris, they were 10sec behind the leader.

Norris greatly enjoyed his cameo role. “A bit of the fun comes from knowing that I’m in a worse car and I’m ahead of them. It is cool also realizing how much quicker they are today proves how much better their car is. But on a day like yesterday I outqualified one of them.”

Nonetheless, once past the McLaren on lap 10 Perez was always in the way of Hamilton pitting early – but that didn’t matter this time around as Hamilton was never close enough to Verstappen to apply any undercut pressure. Once Max had the gap out to 4sec or so he was safe and just backed off, keeping the gap constant, ready to respond whenever Merc made the call. 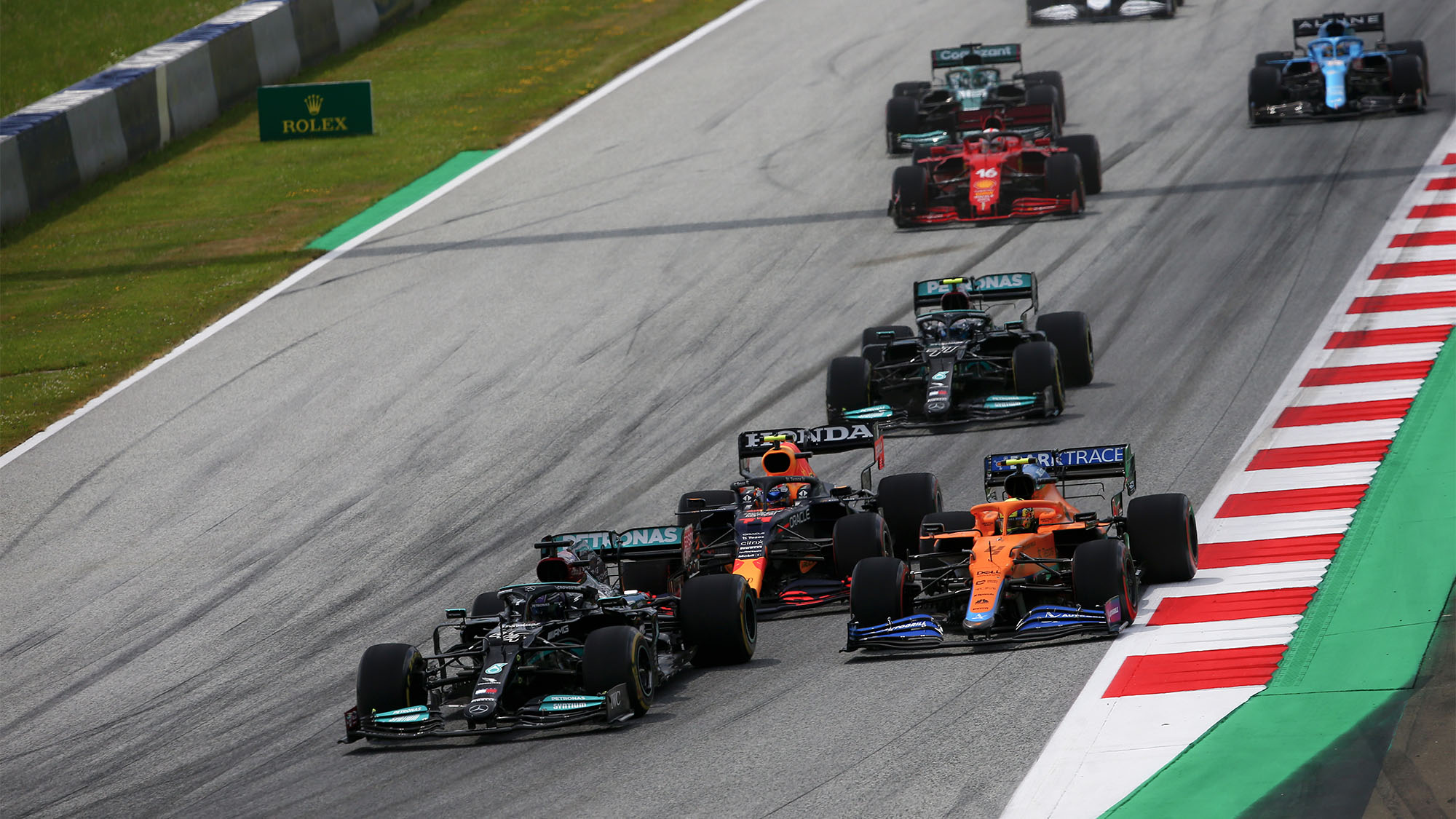 With the somewhat conservative tyre choice for this race (next week at the same venue we go one step softer), it was always an optimum one-stop. So Verstappen had control of the race from well before the stops.

The Red Bull Ring is a rear tyre deg sort of circuit. The last time we were at such a place – in Barcelona – Mercedes comfortably beat Red Bull because it had better tyre deg. But not this time. Why so? “In Barcelona we just didn’t have… a bit like it was today,” says Verstappen, “but the other way round. Today they couldn’t keep up with me in terms of pace and if you have that little bit extra in terms of pace you can manage your lap times a bit more, and that just helps these tyres a lot to the end because they’re super-sensitive in terms of sliding, locking, whatever. They overheat super-quick, so it’s all about management at the end.”

“Yes,” agreed Bottas. “if we want to keep up with them we cannot do as much tyre management. I definitely can feel they’re faster on the straights. I think they have a more efficient package. I feel like it’s up to three-tenths of a second they’re actually quicker than us.”

Hamilton had dropped to 17sec behind when he was called in with just a couple of laps to go for a fresh set of soft tyres – so that he could at least limit the damage with the point that comes with fastest lap. This he duly delivered.

Bottas and Mercedes took the opportunity to jump Perez when the latter’s left-rear wheel was reluctant to come off at his pit stop. Red Bull later pitted Perez again in an attempt at getting the place back. He caught back up but was still half a second behind at the end.

Norris was ‘best of the rest’ for McLaren but might have faced a sterner challenge from Ferrari’s Carlos Sainz had the latter not lost time on his new tyres trailing Hamilton’s one lap-ahead – but slower, on its old tyres – Mercedes. The Ferrari was faster in the race, the McLaren in qualifying. The latter has a rear wing which gives a much bigger DRS boost – and this is a circuit with a big proportion of the qualifying lap done with DRS deployed. 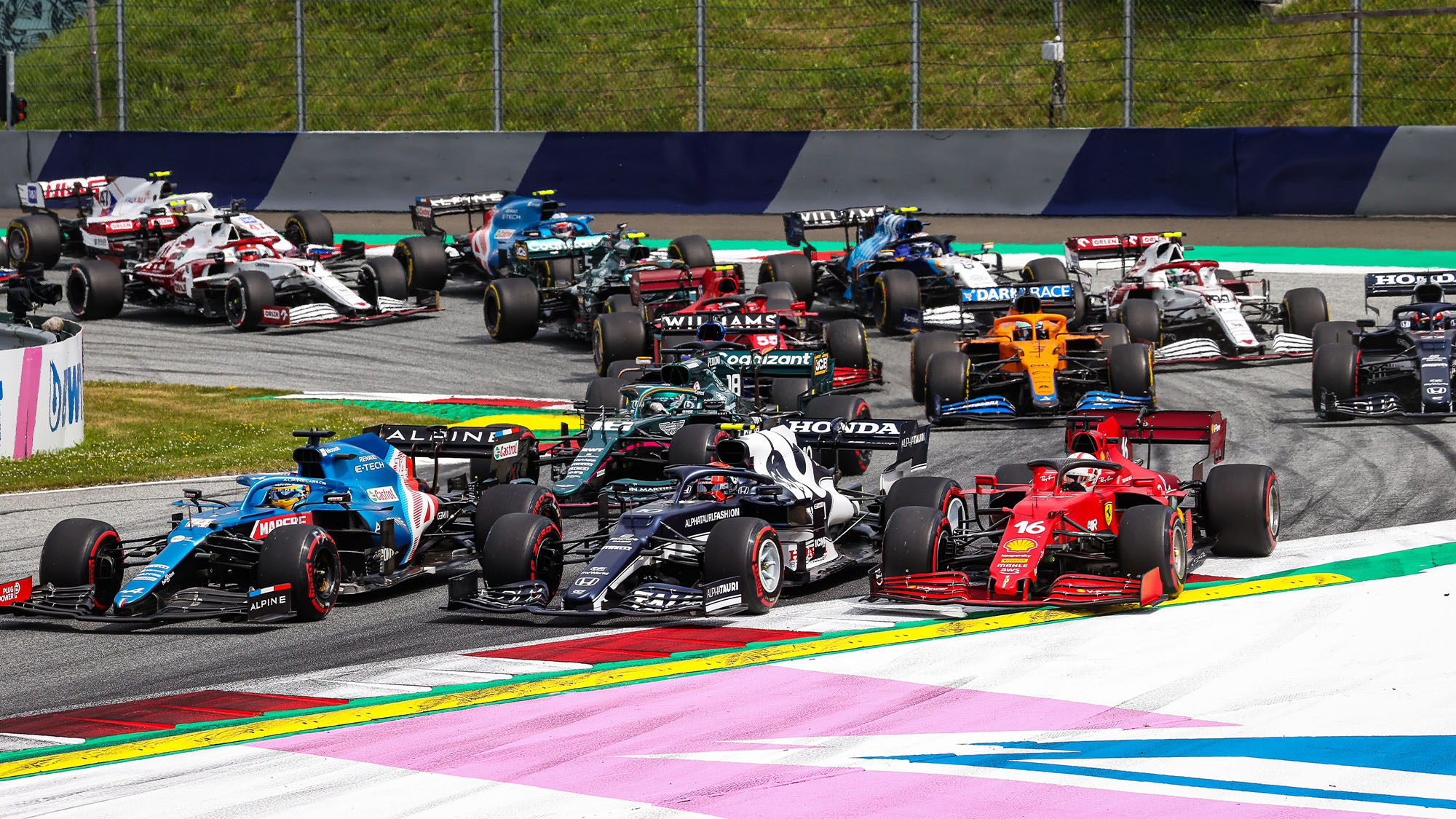 Charles Leclerc had a wild ride to seventh, having made contact with his friend Pierre Gasly which brought the latter’s race to an end before it had barely started. Leclerc was in the pits for a new nose at the end of the lap, did a long stint on hards and then produced a series is scintillating overtakes once he’d switched to mediums. Among those he passed were the final points scorers Fernando Alonso – who outshone Alpine team-mate Esteban Ocon for the third straight weekend – and Yuki Tsunoda.

“Absolutely clinical,” congratulated Christian Horner to his driver on the radio. “Keep turning that screw.”