You see that great big blister on the side of the engine cover of the Mercedes W12 and Aston Martin AMR21? That’s to clear space for what is an unusually large intake plenum for the Mercedes power unit. It’s been on both cars since their pre-season introduction. It’s not a new thing. The McLaren MCL35M and Williams FW43B are also Mercedes-powered but their engine covers are shaped very differently, with a stepped profile, wider at the bottom, which would allow the plenums to be accommodated without the bulge.

When James Allison referred to the bulge at the W12’s launch, he said, “There’s been a big investment by our friends at HPP to redesign the plan of the intake system of the engine, re-tune the engine around that, and squeeze a lot more horsepower out of the power unit as a consequence.” 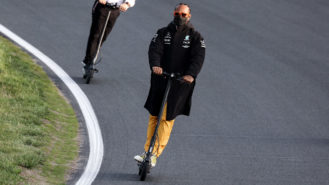 The man behind Zandvoort's redevelopment has dismissed concerns that this weekend's Dutch Grand Prix will be a procession, saying that the circuit has been designed to allow driving talent to…

The new power unit, it was whispered at the time, had a system whereby an amount of coolant could be taken from the main system and super-cooled as it was put into the walls of the inlet plenum. It would then be released once more back into the main system after having done its brief job. That job being to significantly cool the air within the intake plenum, increasing its density and therefore its combustibility. But only for a brief period as the thermal transfer between the cool walls and the warmer air took place. Thereafter that no-longer-super-cooled coolant would be released back into the system and the engine would revert to normal power. In order to effectively allow thermal transfer to a fast-moving gas, the plenum would need not to be fashioned from the usual carbon fibre (which is a very poor conductor of heat). But a ceramic would work very well and an internal matrix of surfaces within the walls to increase the surface area over which the super-cooled liquid will pass can be imagined.

The regulations insist that the air in the plenum must be at least 10-deg C higher than the external ambient temperature, as an average over the race. But getting close to that without going under the permitted limit, given the huge variations in operating conditions, would be no easy task. Such a system would allow you to do that, would allow you to claim back some of any surplus ‘allowance’ that had built up while you ensured legality, with a quick blast of ‘super-cooled’ power (the air would not be super-cooled, merely the liquid which was cooling the walls).

The system could also be used to address the fact that as you increase the flow of the inlet charge at maximum pressure (under full acceleration), you inadvertently also increase its temperature. This extra cooling just before the air is mixed with the fuel may simply bring it back down to its normal temperature. 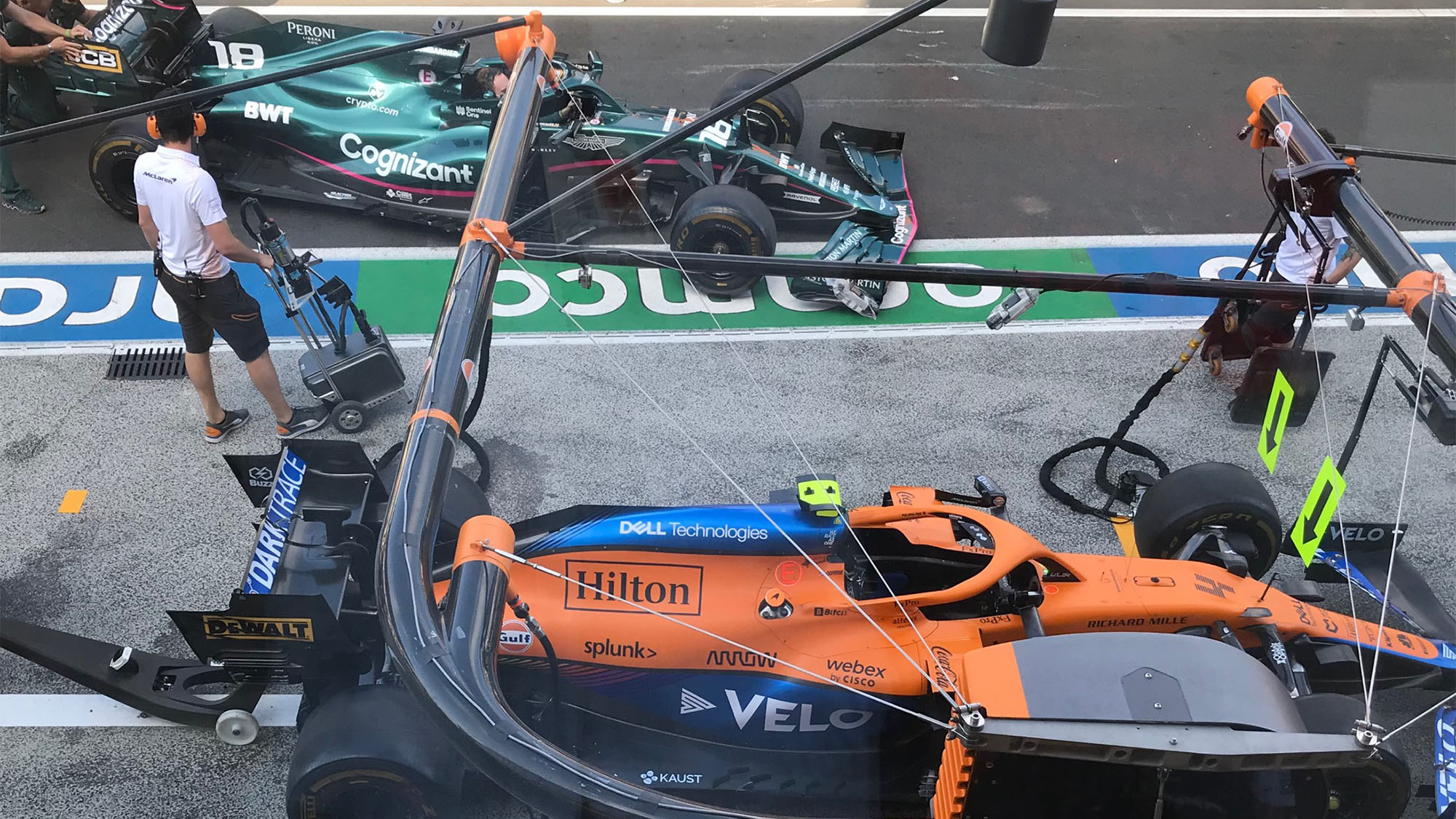 Of course the super-cooled walls theory may just be a red herring and the massive plenum may simply be to give variable size of the effective plenum by having different routes through it according to whether quick response or full capacity was required (a small plenum works best for response but will run out of capacity at high speed). This would give a better initial acceleration than a conventional ‘compromise size’ plenum, before then merging to normality just as would a super-cooled plenum.

The teams analyse each others’ GPS traces to the nth degree and Red Bull has recently made the observation that the Mercedes gives such sudden brief power bursts on acceleration out of a corner, with the power then tailing off to ‘normal’. This has been used by Red Bull’s Dr Marko to ‘explain’ the change in competitive order in Merc’s favour between the France/Austria races and Silverstone/Hungary and the team has made a query to the FIA about the placement of the regulation FIA temperature sensors within the Mercedes plenum. The implication being they believe it might be possible those sensors are under-reading the actual temperature if they are not close to those supposedly super-cooled walls.

The plenum innovation, whatever its actual mechanism, is not a new thing. But it’s typical F1 brilliance in how it pushes at envelopes that were believed way more rigid than they turned out to be. Some original thought has squeezed yet-more energy efficiency from that ancient old dinosaur, the internal combustion engine.