This year’s Covid-hit Formula 1 championship has been stretched out with a return to old haunts, new locations and now, at the Bahrain International Circuit, a familiar track with some unfamiliar curves.

One week after hosting a race on the Grand Prix Circuit, the layout will switch to the ‘Outer Loop’ for the Sakhir Grand Prix.

Widely referred to as an ‘oval’, the layout is somewhat more nuanced than that, featuring 11 turns and a twisting middle sector.

That being said, it’s still more Snetterton than Sakhir and will be the shortest lap length this year, clocking in at just 2.2 miles (3.543km).

With drivers on throttle for 74 per cent of the tour, George Russell has described the circuit as “bonkers”.

“I think it’s exciting because lap times are going to be so close,” the incoming Mercedes man said. “I reckon everyone will probably be within a second in qualifying, which means if you make one small mistake, you can be losing loads of positions on Saturday.” 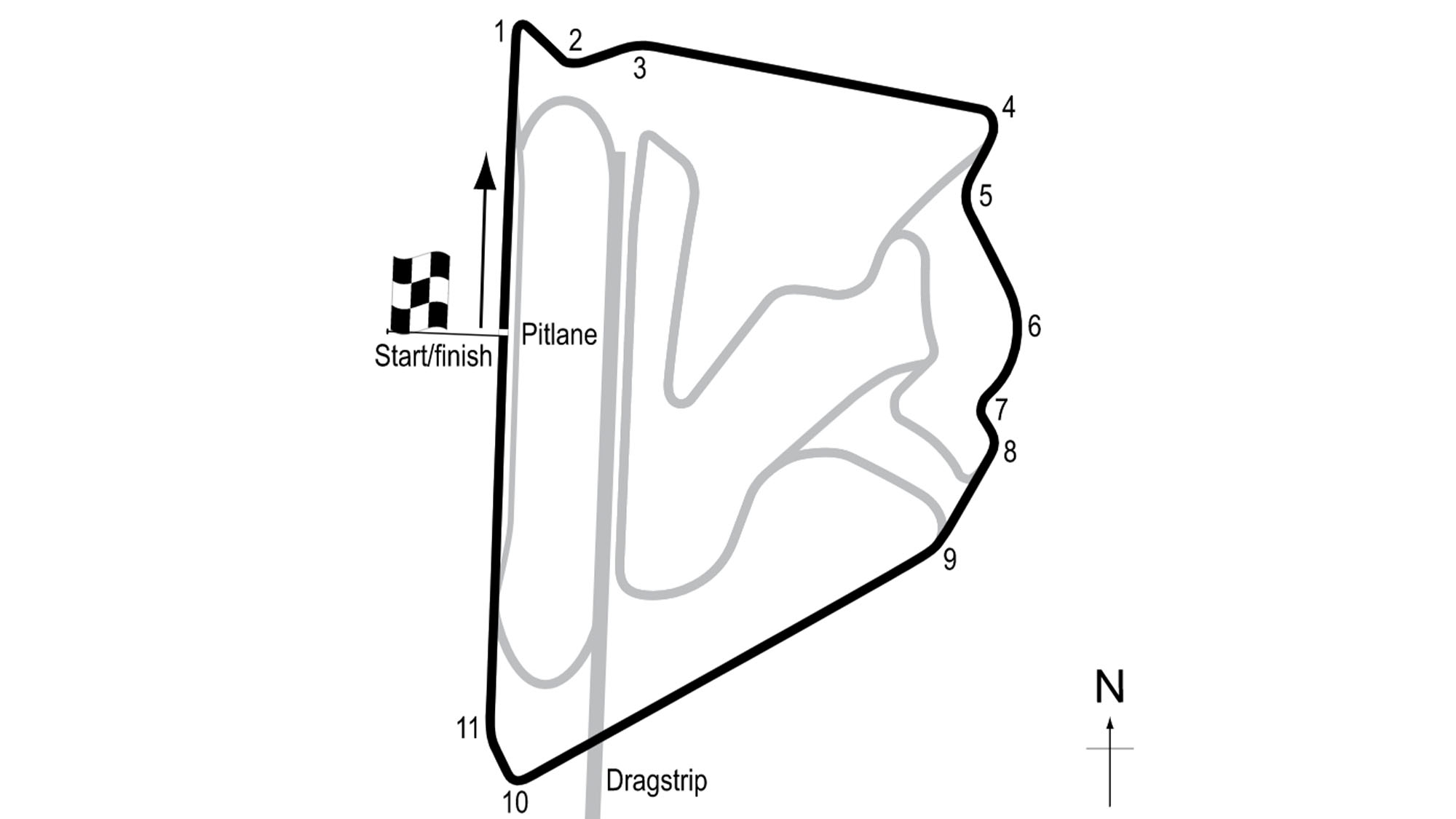 “There’s not enough space to fit twenty cars on there. The racing is going to be pretty wacky.”

Lando Norris likened the track to Thruxton, with sub-60sec lap times expected for the first time in the ‘modern’ F1 era.

The weekend promises plenty of furious on-track action, as the short circuit is likely to lead to traffic issues both in qualifying and the 87-lap race. Expect slipstreaming abound.

With the quirky Bahrain ‘oval’ more reminiscent of previous blasts from F1’s past, we take a look back at five of the World Championship’s more unusual circuits. 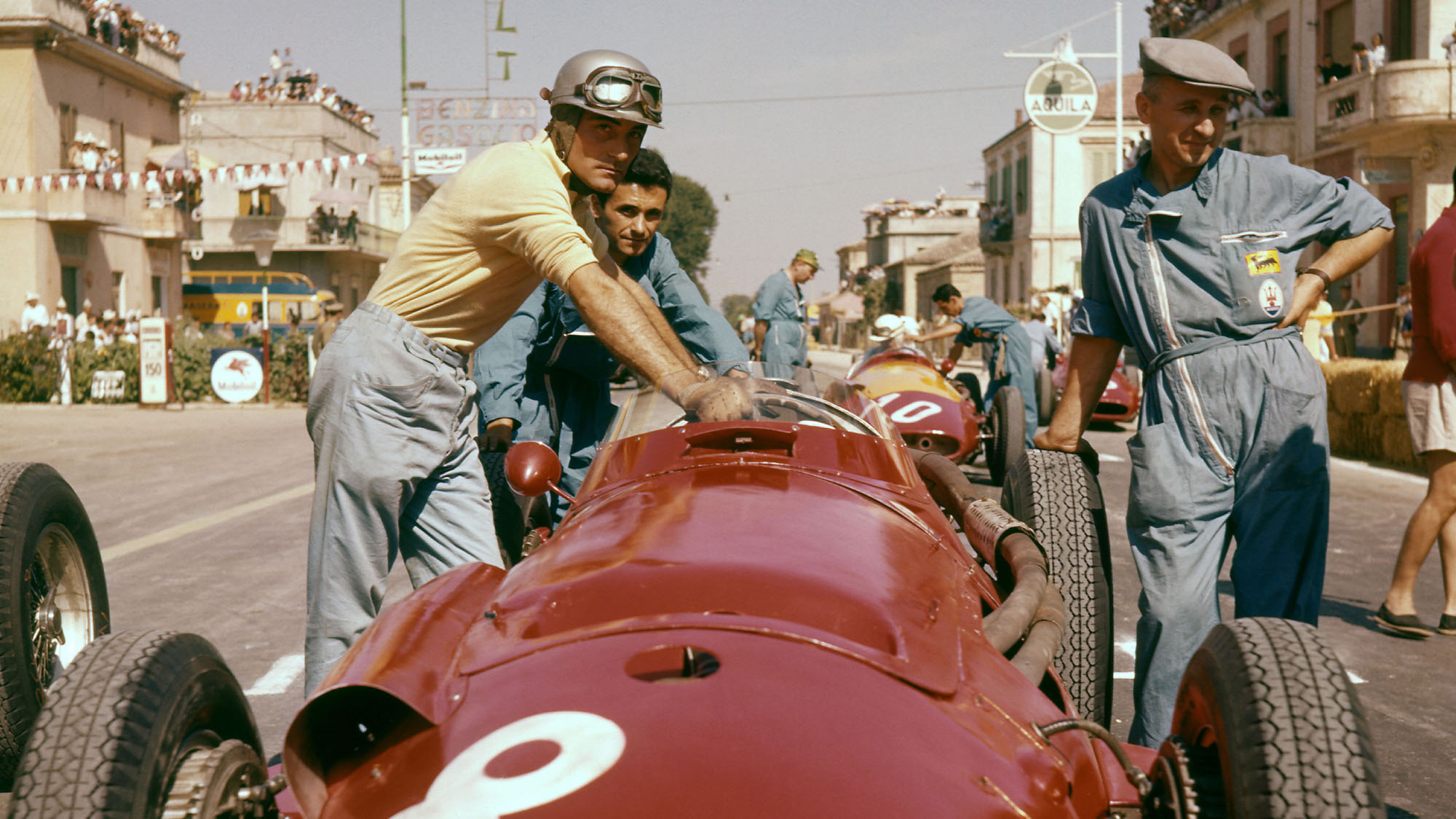 Giorgio Scarlatti’s Maserati is wheeled through streets of Pescara

The longest ever circuit to have hosted a world championship grand prix, Pescara clocked in at a staggering 15.99 miles (25.73km) – outrunning even a lap of the Nürburgring.

Perhaps F1’s answer to the ‘Tricky Triangle’, two of its sides were a pair of 3.5 mile (5.6km) straights, nicknamed ‘The Flying Kilometre’ – Guy Moll lost his life on this stretch in 1934.

Running through the streets of Pescara, then out towards the seaside town of Montesilvano via bumpy Abruzzian country roads, the layout was described by Motor Sport’s Denis Jenkinson as “pure unadulterated road racing”.

The circuit held just one World Championship Grand Prix. Enzo Ferrari, a man famously unsympathetic to his drivers, withdrew his team from the race on safety grounds. Il Commendatore was under fire in his home country for the deaths of young men racing the Scuderia’s cars, and there was still an investigation going on into the death of Alfonso de Portago at the 1957 Mille Miglia. Even so, it still showed just how formidable the layout was.

Juan Manuel Fangio took pole, but come race day spectators were treated to a Stirling Moss masterclass as the Vanwall driver finished over 3 minutes ahead of the Argentinian.

After hosting its one and only grand prix, the circuit was closed due to said safety concerns in 1961. 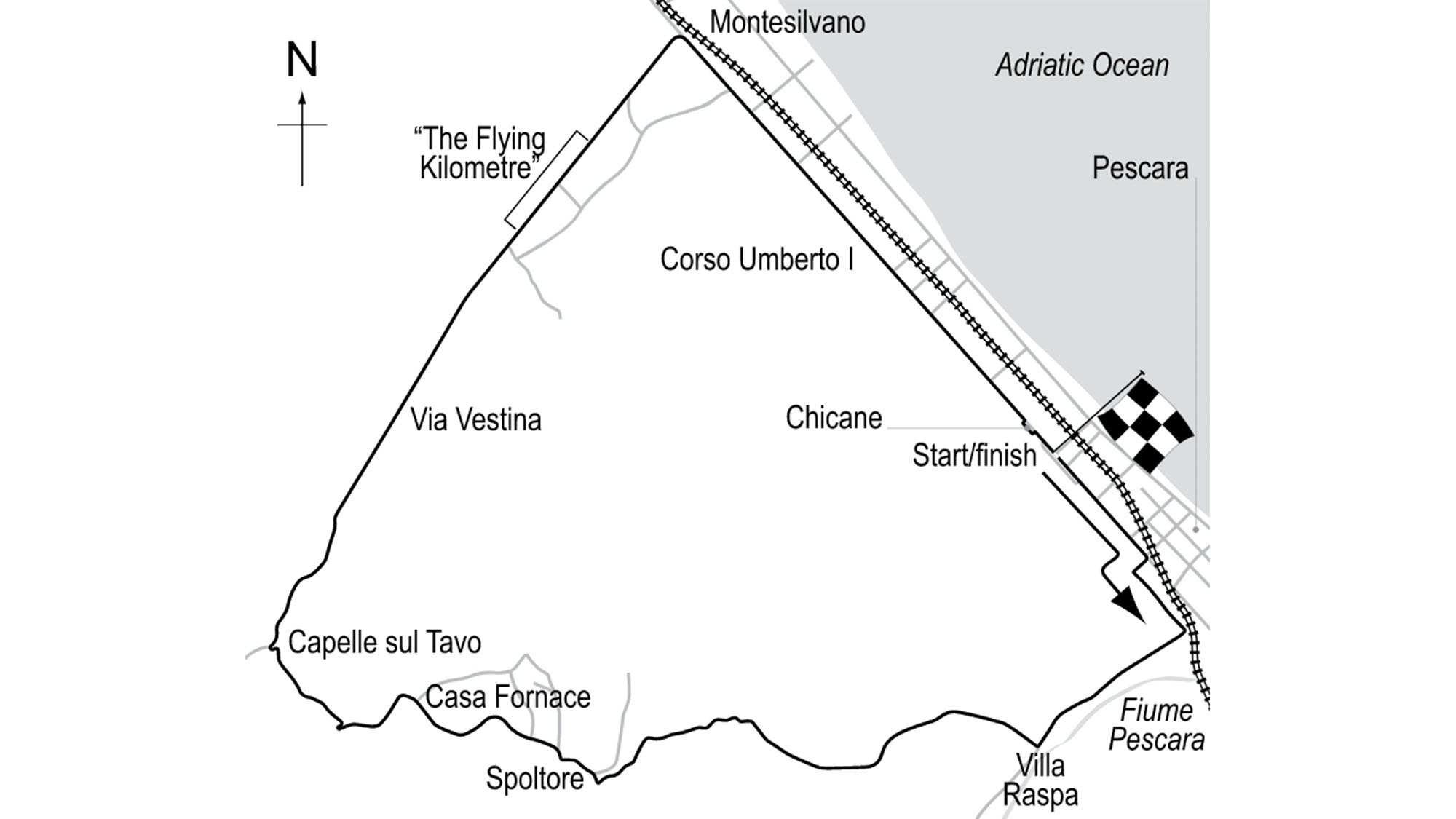 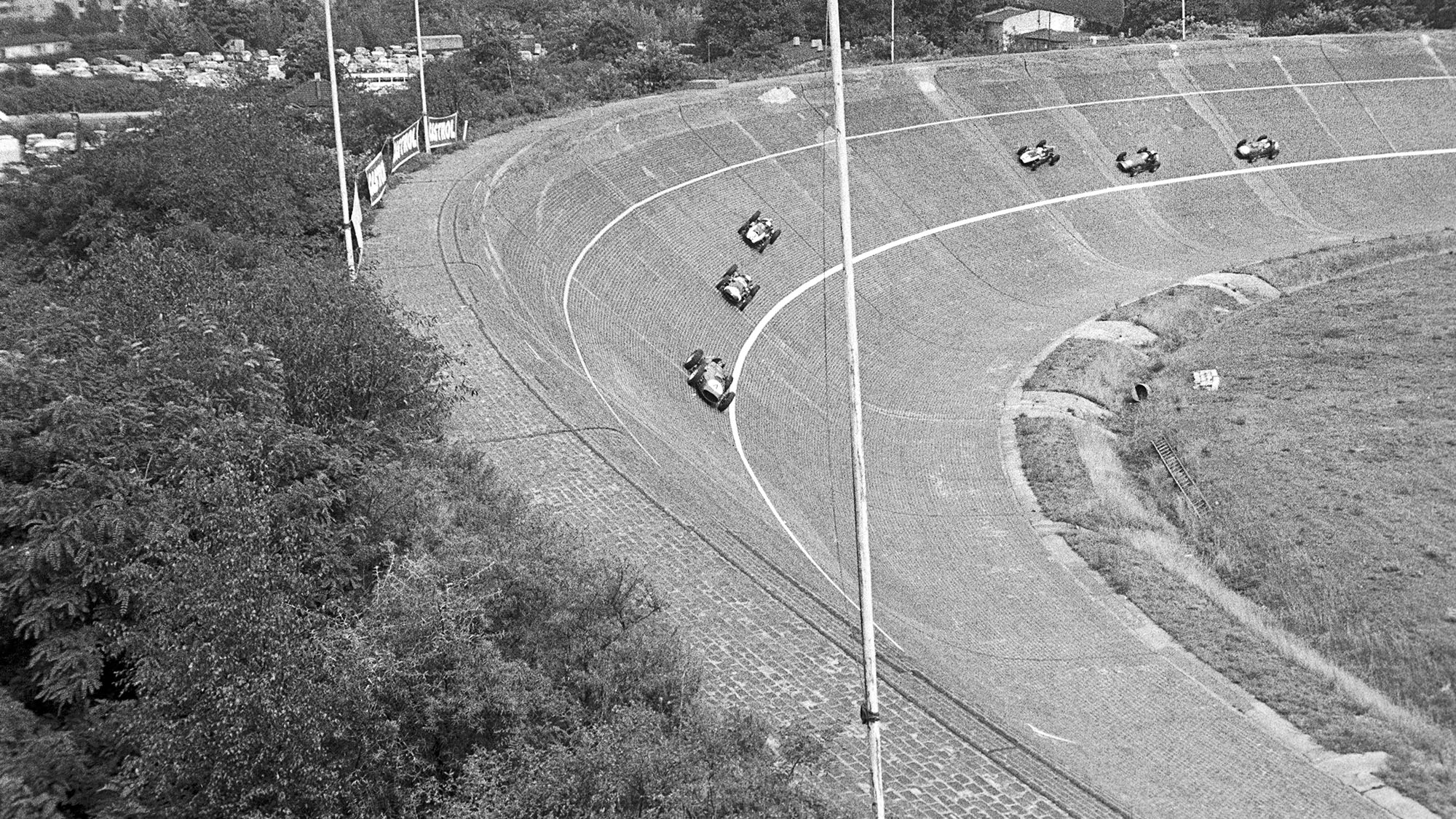 Tony Brooks leads the charge round the ‘Wall of Death’

The two-turn AVUS was one of F1’s more straightforward layouts in concept, but no less dangerous.

A pair of long 5.3 mile (8.5km) straights down the public roads of a dual carriageway were bookended by a hairpin and a 43 degree banked curve of bricks known as the ‘Wall of Death’, so called due to the fact there was no barrier at the top of the banking.

AVUS held one grand prix in 1959, it being the only time in F1 history a race has been divided into two heats. Tony Brooks ultimately led home a 1-2-3 for Ferrari.

Jean Behra was killed in the supporting sports car race, when his Mercedes flew over the aforementioned ‘Wall of Death’, while famous footage shows Hans Hermann being thrown from his BRM before incredibly walking away in a harrowing accident during the grand prix. Not one for the faint hearted.

Despite F1 only visiting once, AVUS held motor races until 1998. 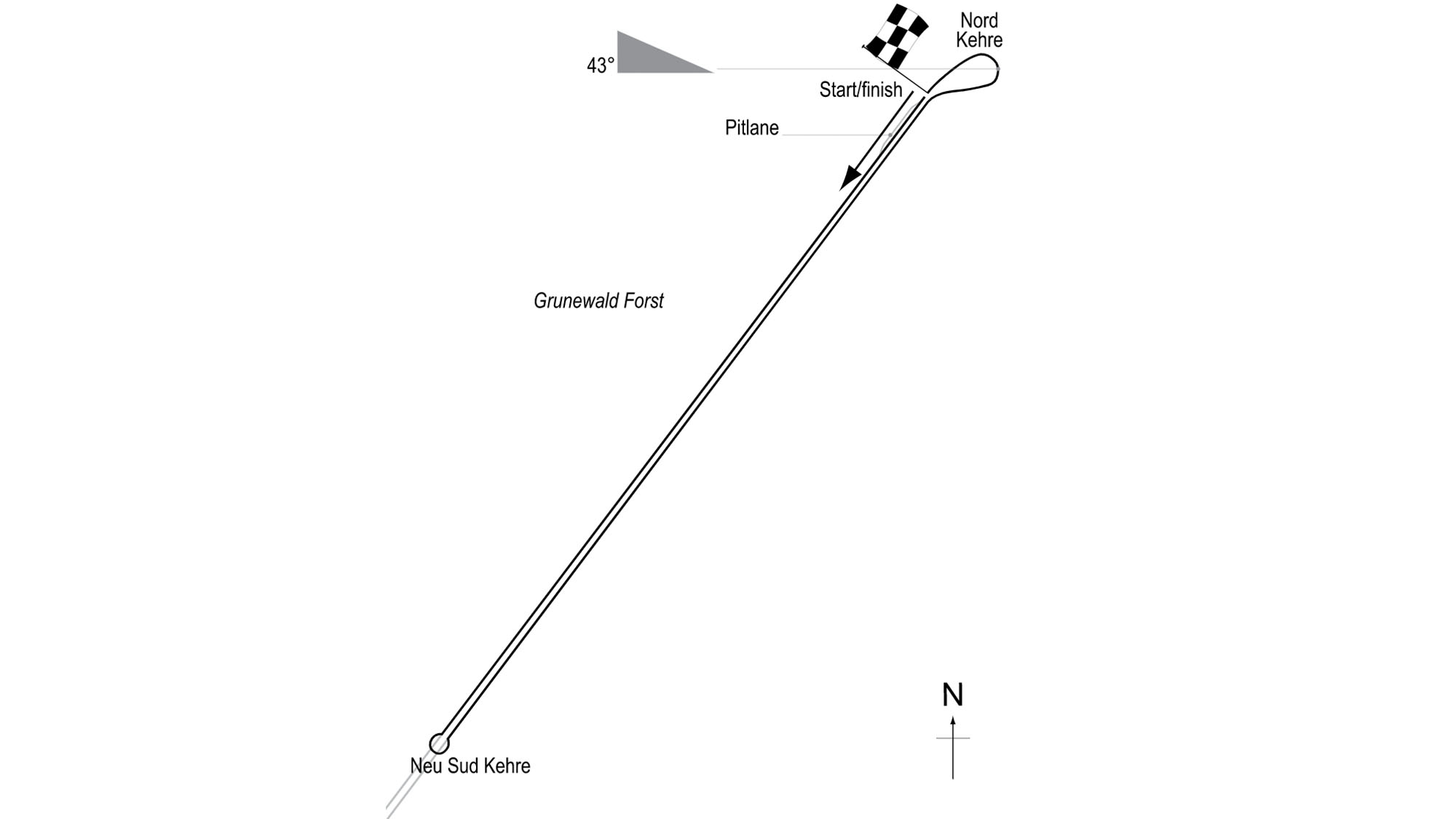 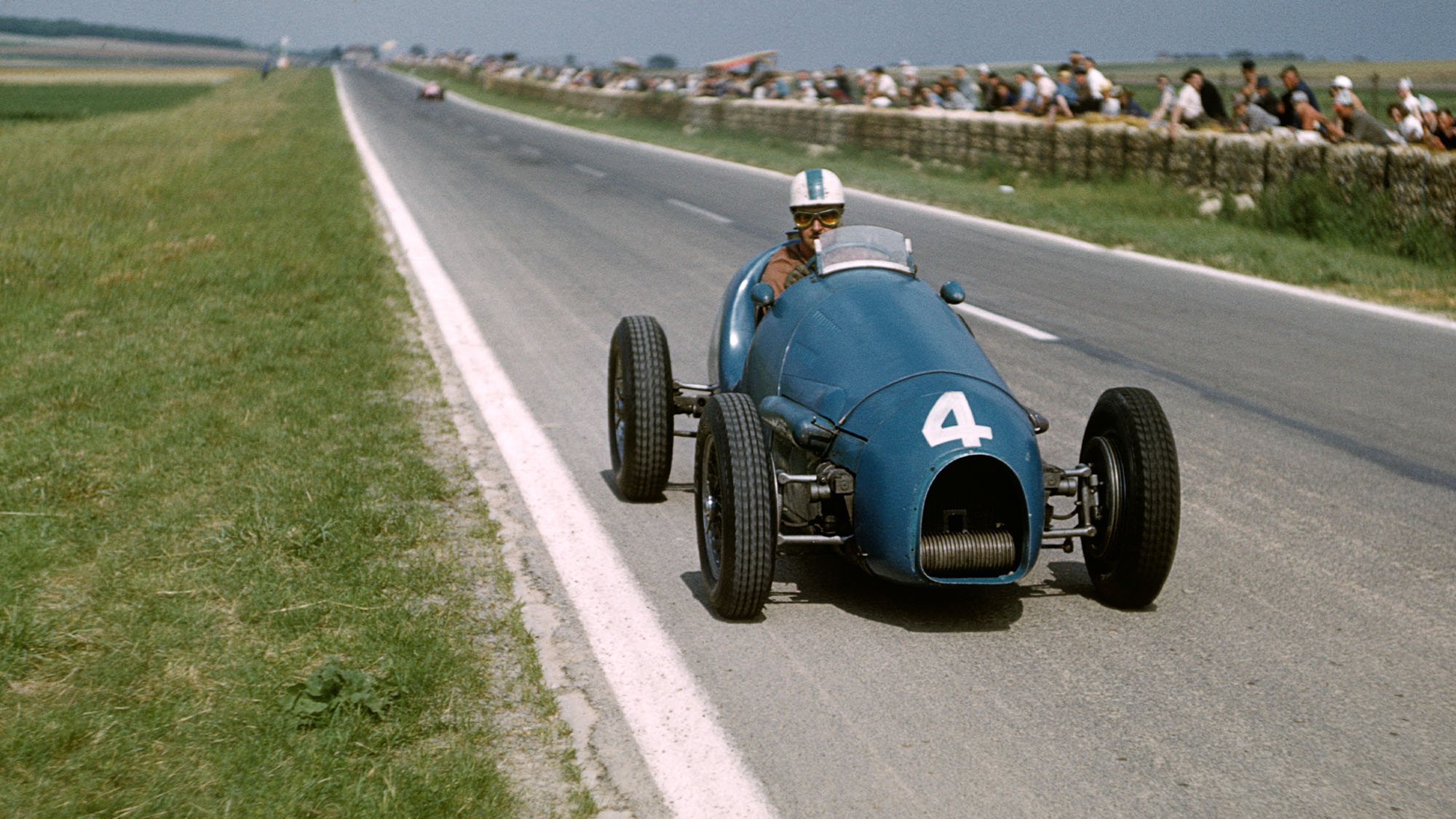 Maurice Trintignant drinks in one of the Champagne straights

Another one for the impressionistic triangle category, Reims held eleven French Grand Prix between 1950 and 1966.

Featuring two 1.25 mile (2.01km) straights linking up two towns in the French Champagne region, the circuit played host to many a slipstream classic.

The addition of three sweeping turns in 1952 made the track a formidable challenge, with its 1953 French Grand Prix becoming known as the ‘Race of the Century’ after a sixty-lap skirmish between Mike Hawthorn and Juan Manuel Fangio.

Although it was the Brit who won, the front two swapped positions at virtually every corner, with the top four finishers covered by no less than five seconds at the end.

Reims held its last World Championship race in 1966 and closed in 1972, but the pits and grandstand can still be found standing alone in the countryside as remnants of a grand prix past. 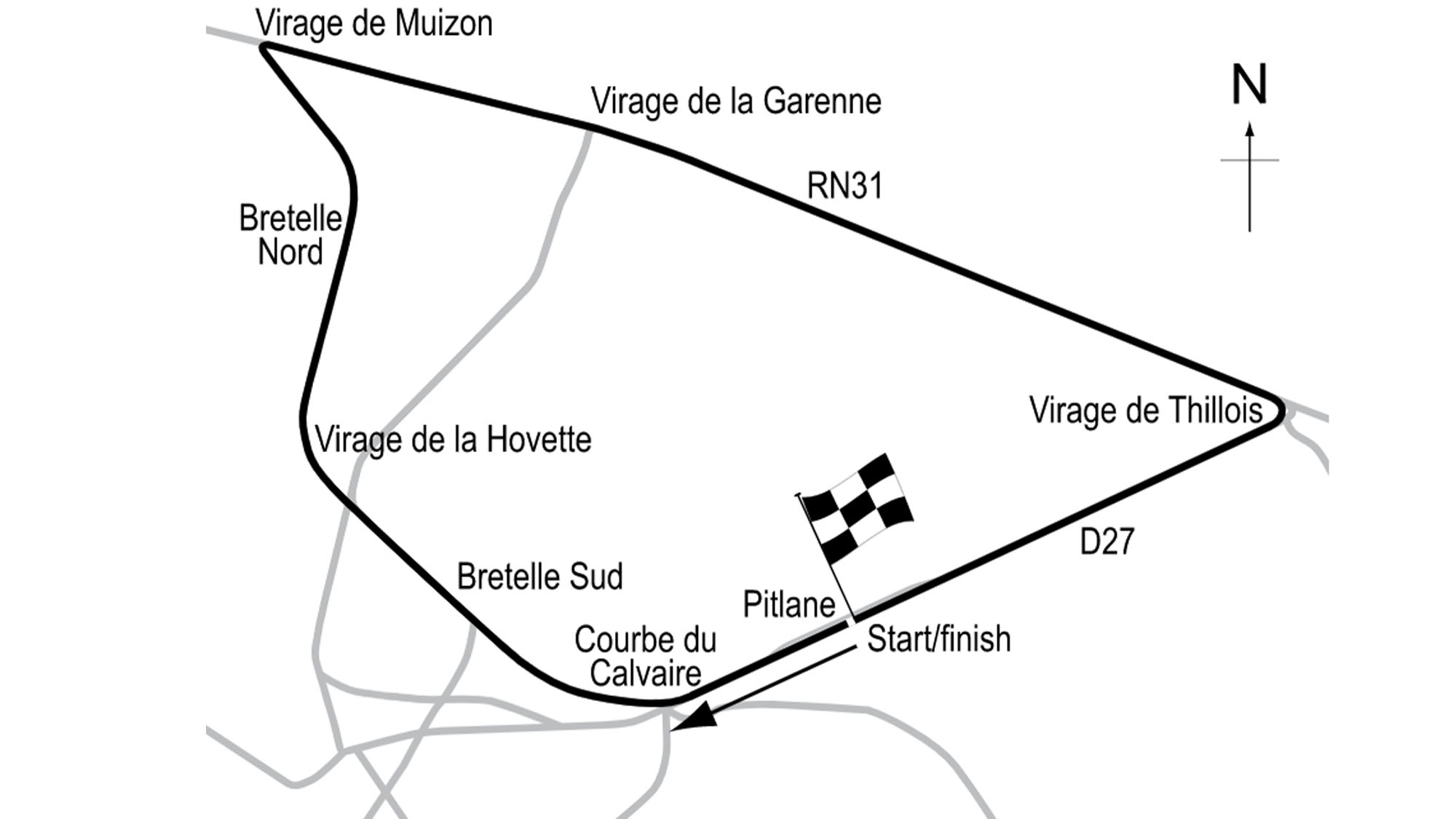 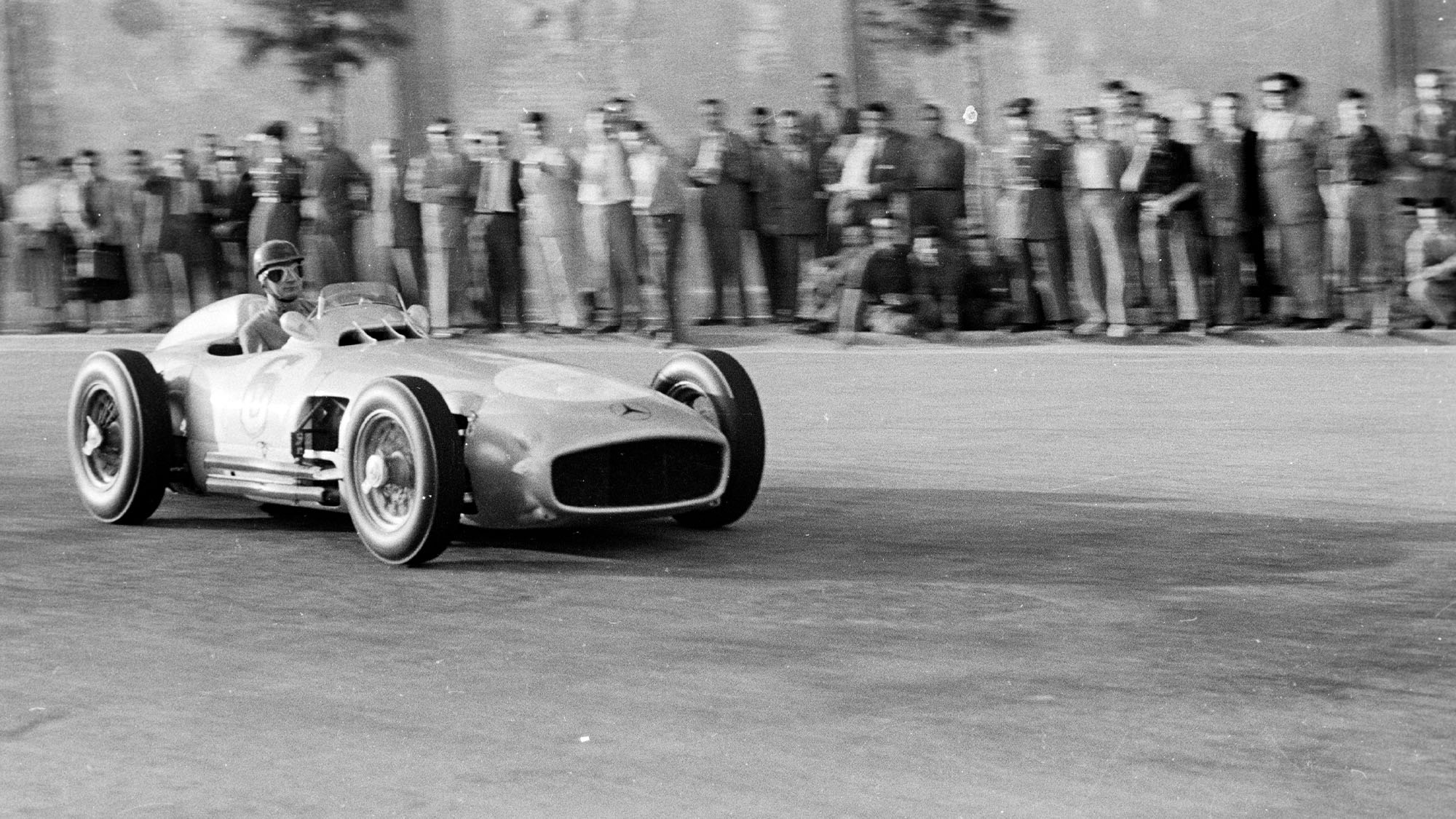 Set in the picturesque suburbs of west Barcelona, Pedralbes was a street circuit which raced down wide boulevards and through fast open corners.

Host to the 1951 Spanish Grand Prix, the circuit was the scene of that season’s finale. Juan Manual Fangio’s Alfa Romeo team outfoxed Alberto Ascari’s Lancia squad on tyre choice, leaving the Argentinian an easy run to victory and his first driver’s world championship.

The circuit held one more World Championship grand prix in 1954. Alberto Ascari was the class of the field on pace, his new Lancia D50 taking pole on its debut. Teething problems struck as the Italian went out with clutch trouble on lap 9. Newspapers swirling round downtown Barcelona caused overheating issues for many as they became stuck in car radiators, but Mike Hawthorn managed to swerve the rags on the road to take victory.

The circuit was abandoned after the 1955 Le Mans disaster, with Spain not holding a World Championship F1 race again for 13 years. 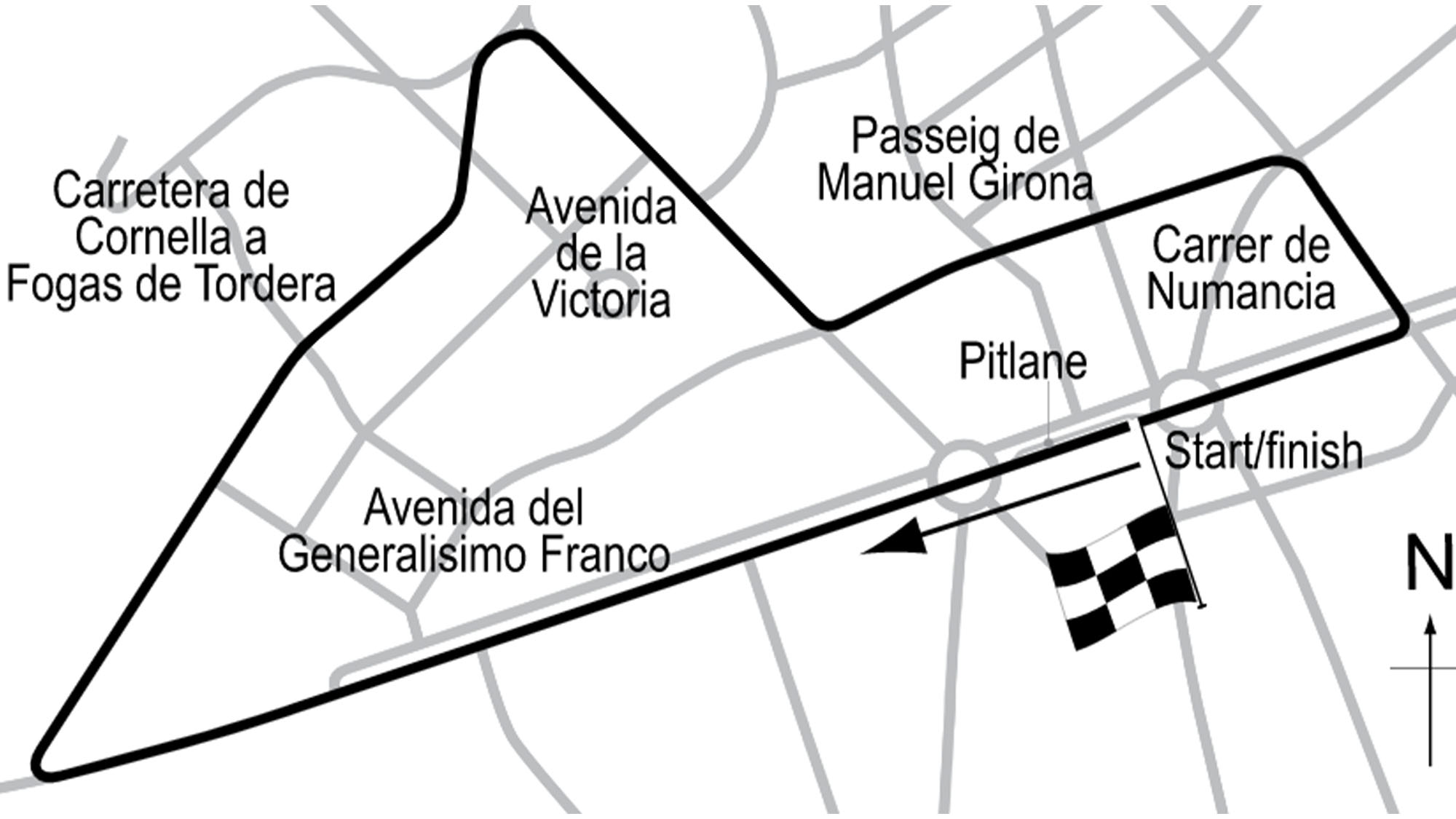 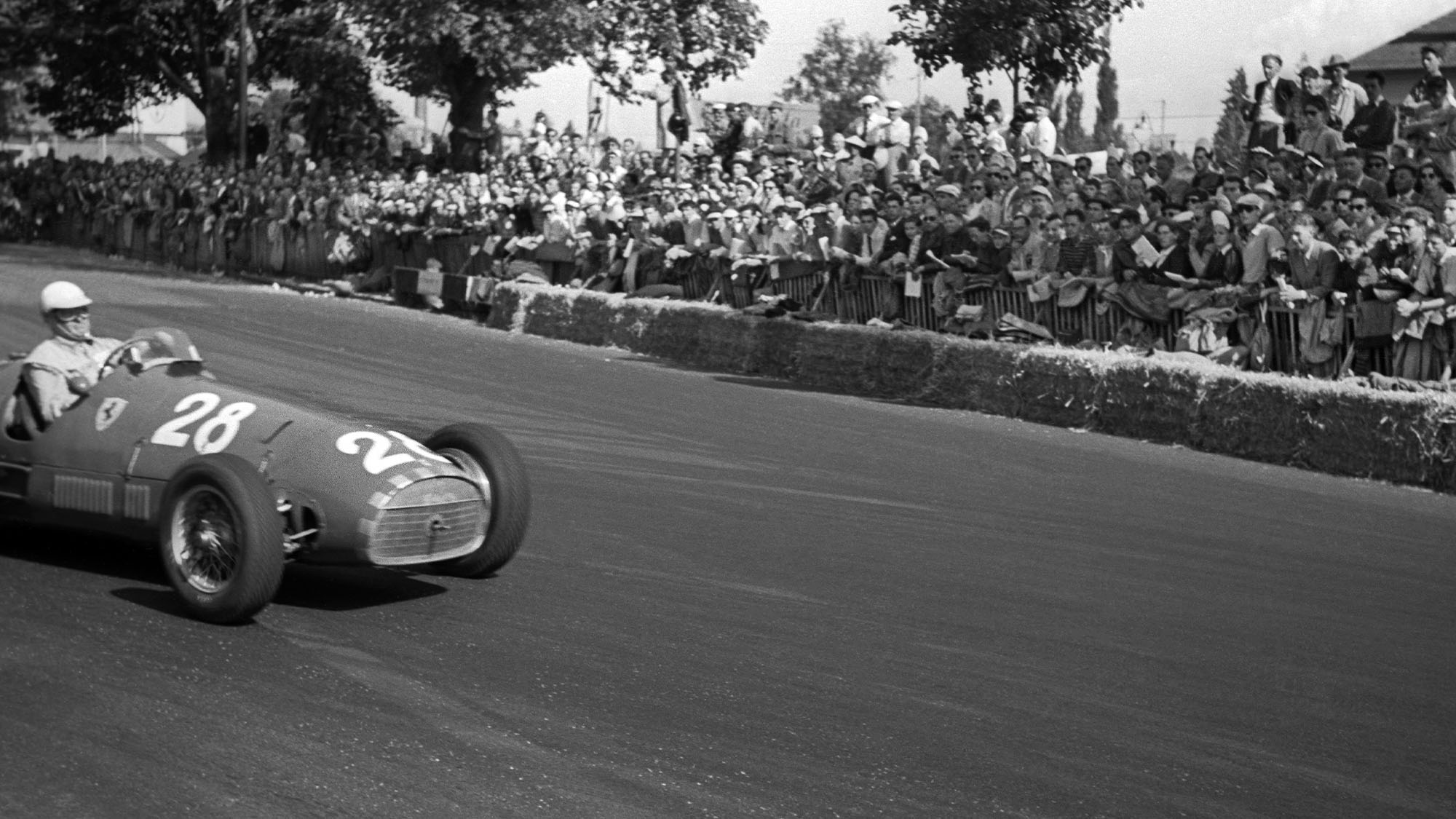 Nino Farina emerges from the forest at Bremgarten

A 4.5 mile (7.28km) scream through the Bremgarten’s surrounding forest, this was one of the most dangerous circuits of the pre-war era

The low hanging trees made visibility difficult, particularly in the wet. A track with 13 turns yet no real straight, Bremgarten was a relentless and formidable challenge.

The circuit was known for taking no prisoners, with Hugh Hamilton fatally crashing of the 1934 Swiss Grand Prix, whilst Achille Varzi and Christian Kautz both lost their lives at the 1948 event. 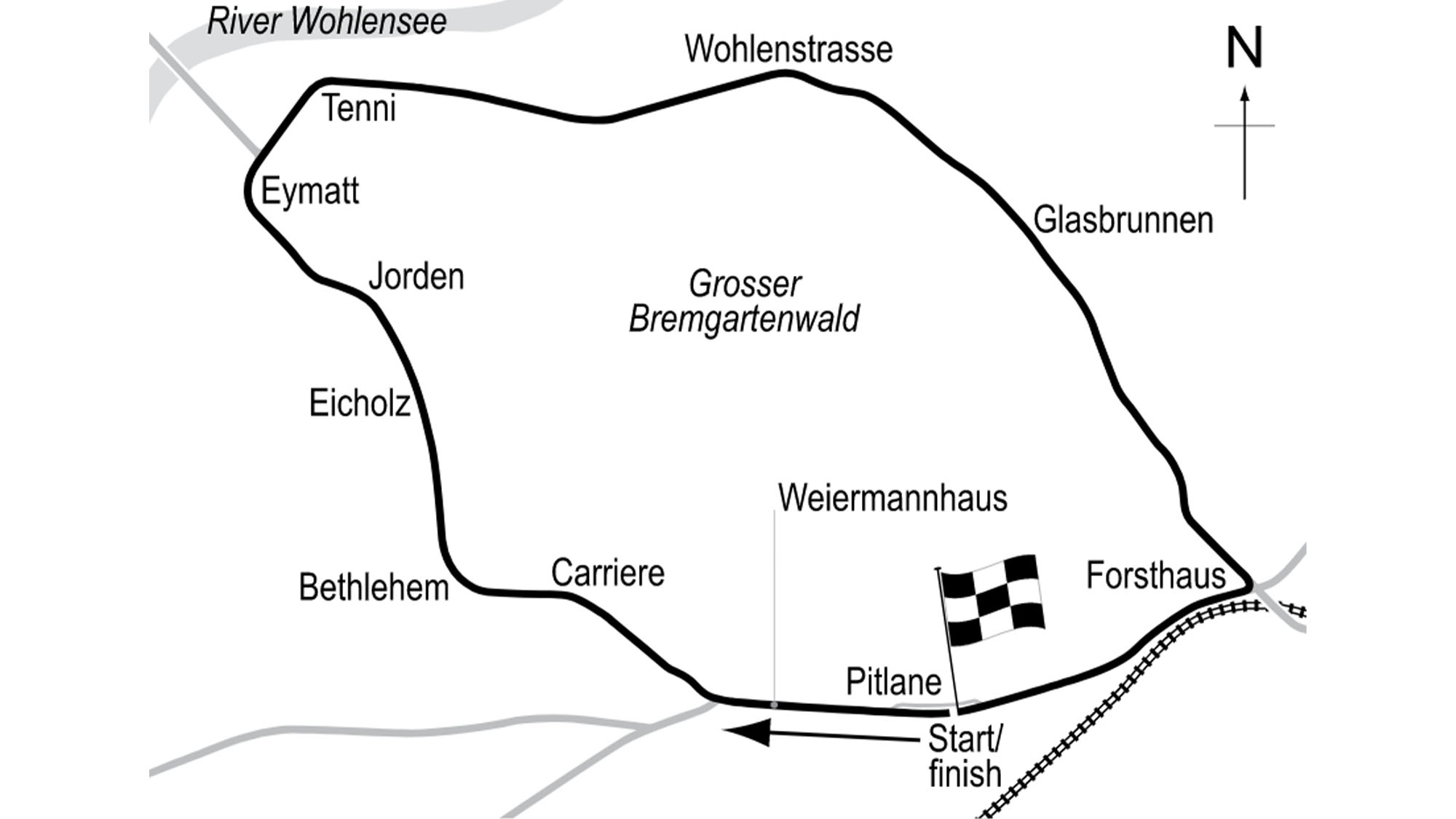 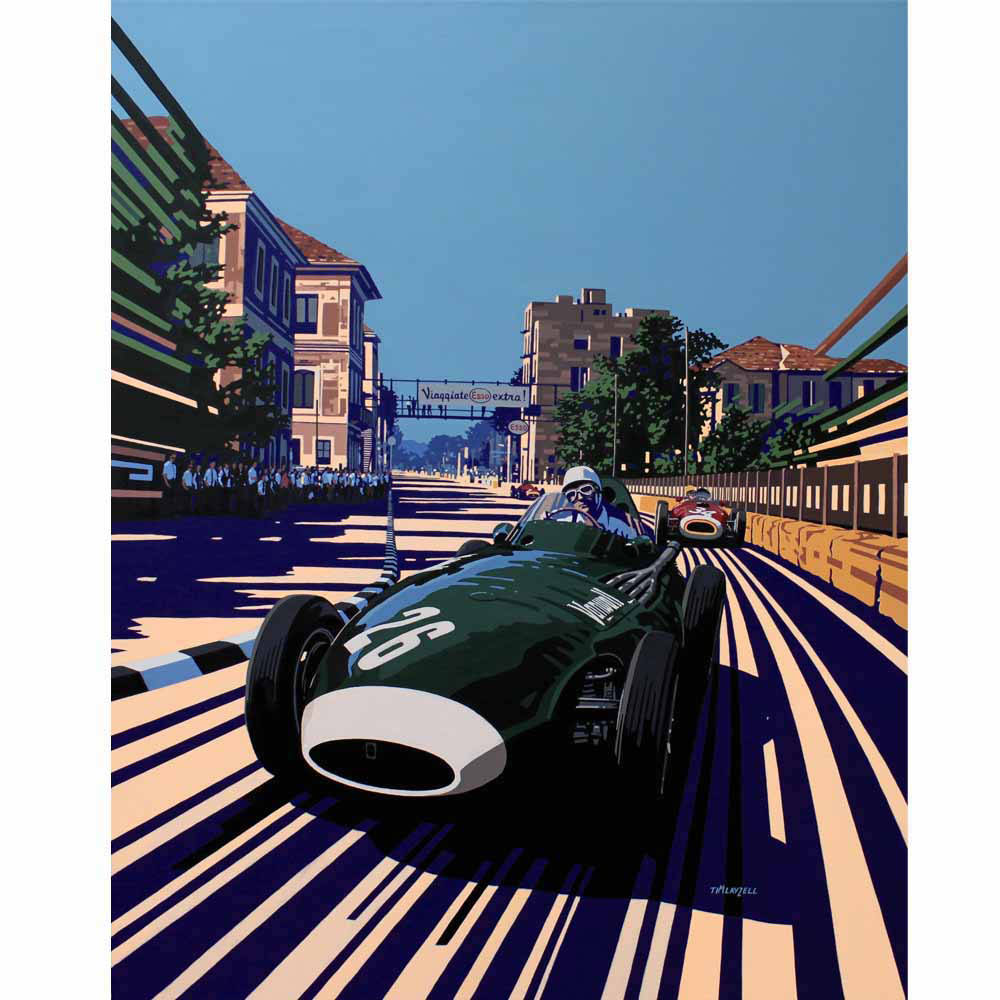