Thirty years ago today, on September 22 1991, Riccardo Patrese won the Portuguese Grand Prix for Williams-Renault. Significant? Well, it was for the Italian, obviously; it turned out to be the penultimate win of his long career. But perhaps of greater note was the calamity that befell his team-mate Nigel Mansell. This was the one where the Williams mechanics suffered a moment of ‘finger trouble’, losing Red Five a wheel in the pitlane and with it arguably what could and perhaps should have been his world championship.

‘Arguably’ because as any F1 team manager or driver will tell you a season is not lost in a single moment. After all, Mansell did keep his hopes alive with a victory next time out in the Spanish Grand Prix, the first held at the new Circuit de Catalunya outside Barcelona. So the pitlane debacle at Estoril wasn’t the end of the story for him in 1991 – but it sure eased the pressure off Ayrton Senna and McLaren-Honda. In that moment when the wheel nut failed to tighten on his right-rear Goodyear, what could have been one of the great run-ins to an F1 season began to unravel into what turned out to be something of an anti-climax.

It’s a timely reminder to Newey and his current Red Bull-Honda team this year: as tight as the title battle now stands between Lewis Hamilton and Max Verstappen and with a greater number of races still to run now than we had back then, it could take just one slip from either driver or their respective teams to blow all the air out of the fight and lose one of them the title, rather than forcing the other to win it.

That 1991 season 30 years ago was almost a great one. But while it had significant moments and plenty of incident, Senna was able to wrap up his third crown at Suzuka with a round to spare – as Mansell lamely understeered into the gravel – meaning it falls just short of the highest gold standard in our book. But boy, was it an important season: the first full campaign for Patrick Head and his new chief designer Adrian Newey, who had joined Williams the Monday after the 1990 British GP; and the last title not only for Senna, but also for a V12-powered F1 car featuring a manual gearbox. Landmarks all round. 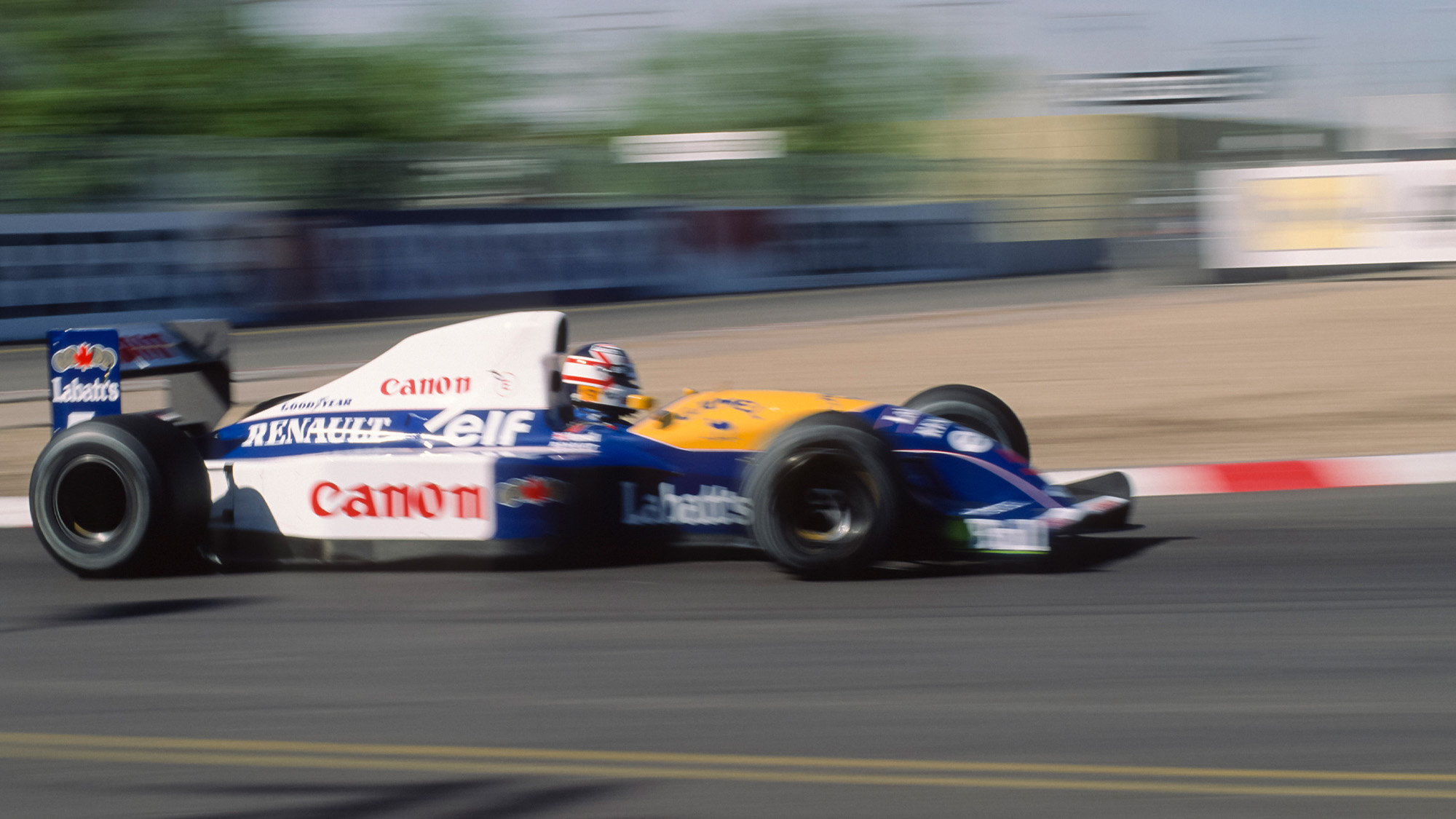 It says everything about the F1 mentality that for Head 1991 still chafes, despite it proving to be a promising and still bountiful prelude to the great Williams era, the team winning five out of six constructors’ titles between 1992 and 1997 and four drivers’ crowns for Mansell, Alain Prost, Damon Hill and Jacques Villeneuve. Head’s verdict on 1991? “It was a year when Nigel in the FW14 should have won the championship, but early-season transmission problems, plus not applying team orders and letting Riccardo take points from Nigel, resulted in another title for Ayrton.” Blunt – but he doesn’t mention Estoril.

The transmission problems he refers to can now be viewed as mere teething troubles before the potency of the Head-Newey partnership really kicked in. But at the time they were significant and costly. Newey had created FW14 as a virtual ‘copy’ of his pretty, shrink-wrapped Leyton House Marches – although he’s always been careful to make it clear he designed from memory, not from his former team’s IP – but was frustrated by the “bulky” transverse gearbox that drove the preceding FW13. Williams had tested a semi-automatic version in the wake of Ferrari pioneering the concept in 1989 and ’90, but Newey wasn’t happy. He needed something that could be fully integrated into his aerodynamic vision – so Head set to work and to Newey’s eternal admiration, rapidly oversaw the design, build and development of the TG3: Transverse Gearbox 3. 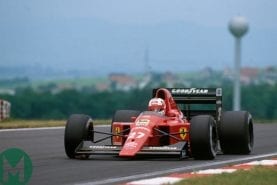 "Senna realised I was the only driver he couldn't intimidate": Mansell's majestic 1989 Hungarian Grand Prix

It was approaching two years since a McLaren-Honda – driven by Ayrton Senna and Alain Prost – had been beaten in a straight fight in Formula 1. At the 1989…

But the first semi-auto Williams stuttered in the early rounds of 1991. “We took far too long to discover the cause, which was due to a lack of positional control once the transmission was warm, very simply solved once the cause was identified by closing tolerances,” says Head. “Patrick realised we hadn’t got proper longitudinal support of the shafts,” expanded Newey in his book How to Build a Car. “They were moving lengthwise, which meant you could end up with cogs engaging even though they weren’t supposed to be.”

The result was a 40-6 lead to Senna over Mansell after the Brazilian lapped up the first four races, Mansell finally claiming his first points in Monaco where he finished second. Ultimately those early points put Senna into a title-winning position, but increasingly over the summer and into the autumn he, McLaren and Honda with its new V12 – the two extra cylinders added as a direct response to Renault’s increasingly powerful V10 – found themselves gasping to keep hold of their advantage. It was just as well then that Williams and Mansell scored a few own goals along the way.

The first was a proper clanger from Nigel in Canada, when he let the revs drop too low while showboating to the crowd at the hairpin on the last lap. “We ran a very small battery on the car, and the voltage had dropped below that necessary to run the engine,” Head explains. “When Nigel pulled for a downshift, the engine stopped with the gearbox in neutral, there was no hydraulic pressure and no way of getting another gear. So it was not a gearbox problem per se. After that we ran a slightly larger battery.”

The Williams crew frantically worked on the car outside their pit box. Mansell was destined for disqualification.

Newey was gutted to lose a first win for one of ‘his’ cars, but next time out in Mexico Williams stormed to an impressive 1-2 to confirm what had already started to become clear. The team was in the ascendency. The problem was Patrese was leading the way. He outqualified Mansell in each of the first seven races and his victory in Mexico was entirely deserved, even if the Englishman was delayed by an engine problem. Sore from his bruising two years at Ferrari, Mansell hadn’t seen this coming – and while with hindsight Head could pinpoint the team’s usual struggle with team orders as costly, the truth is Nigel didn’t deserve a helping hand from Patrese at that stage. Soon he wouldn’t need it.

Mansell tore through the summer of 1991, scoring a hat-trick at Magny-Cours, Silverstone and Hockenheim as McLaren faltered, Senna running out of fuel in consecutive races in Britain and Germany. At Silverstone, Mansell gave his nemesis a ride back to the pits – and resisted the temptation to end the title battle there and then with a sudden burst of acceleration… McLaren and Honda hit back in Hungary with a new, more powerful V12 and lots of new parts for the car, then Senna won again at Spa but only after Mansell lost a seemingly comfortable win because of an engine control unit problem and Patrese suffered transmission gremlins. Reliability was a Williams bugbear at this stage, much to Head’s annoyance, and would heavily influence the team’s decision the following season to persevere with the tried and tested FW14B, bristling by then with its game-changing ‘gizmo’ electronics, including traction control. 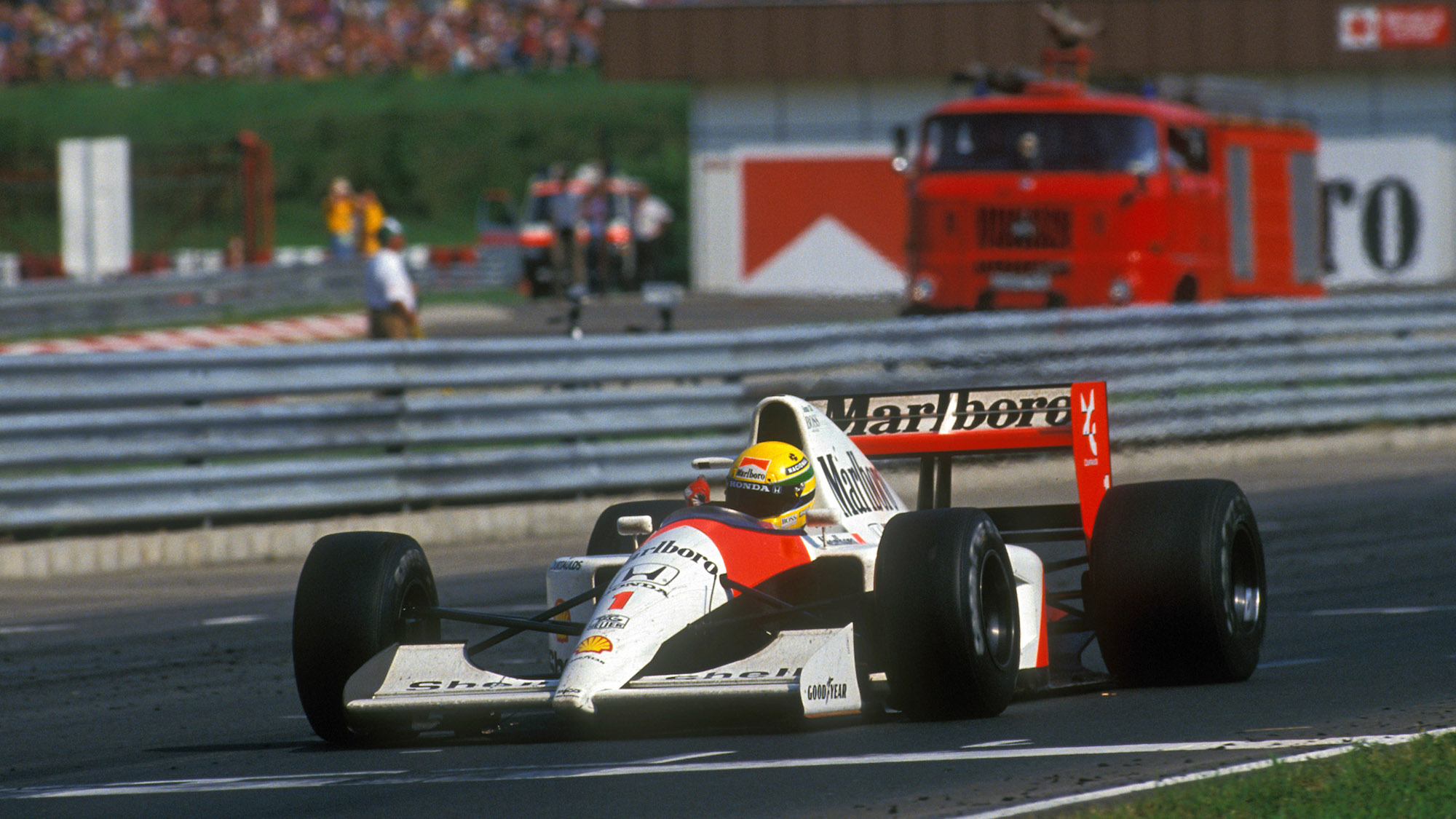 The season appeared to swing back towards Williams at Monza, where Mansell passed Senna to win. And then came Estoril. Patrese had scored a terrific pole position in the spare car and led entirely on merit, as Mansell charged past Senna and Gerhard Berger to run second. For once, Williams made the right call on team orders and Patrese waved Mansell through on lap 18 – until it all unravelled at the tyre stops. Mansell’s wheel bouncing away as he accelerated is another key image etched into the fabric of that F1 season. The Williams crew frantically strived to save their error, but having worked on the car outside their designated pit box Mansell was destined for disqualification. So Patrese took the victory he deserved, but Senna was second, his title lead now stretched to 24 points. Mansell dented it when he famously went wheel-to-wheel with Ayrton in Spain, on a day when the Brazilian could only manage a lacklustre fifth. But then came the fizzling disappointment of Suzuka where Senna, his championship secure as soon as Mansell skated off, patronised his team-mate Berger by gifting him a victory on the line. 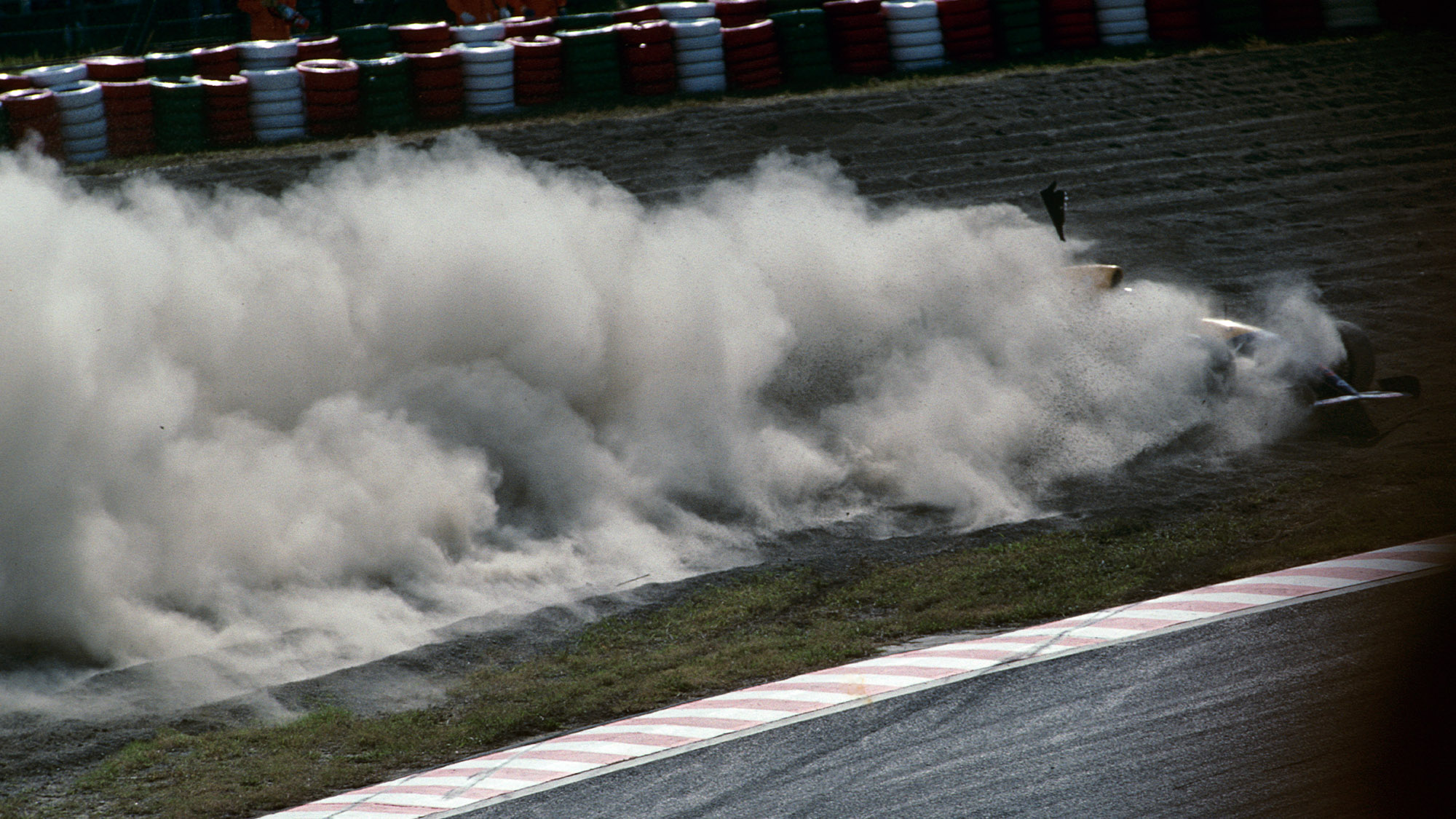 Mansell’s off at Suzuka gave Senna the 1991 title

It’s easy to understand Head’s frustration. But he’s right not to pinpoint Estoril as the moment the title was lost. Those early-season gearbox-related DNFs, Mansell’s Canadian faux pas, the electronics trouble at Spa – the title was lost to an accumulative effect. McLaren too had been far from perfect, but Senna had risen to the new threat and he had made the difference – which is why for some this was the best of his three titles. Sure, he didn’t have to worry about his true nemesis Prost, the Frenchman saddled as he was with his “truck” of a Ferrari – but Mansell in a Newey-Head Williams? That had still been some challenge. Just how much he was about to find out.