A glorious Scuderia Ferrari 1-2 opened this new era of F1, Charles Leclerc from Carlos Sainz, the F1-75 the best combination of speed and reliability, the RB18 fast but fragile, Red Bull coming away empty-handed from Max Verstappen’s feisty challenge to Leclerc. Were it not for the two late Red Bull failures of Verstappen and Sergio Perez – believed due to fuel cavitation – Lewis Hamilton and George Russell would have finished a distant fifth and sixth for Mercedes rather than third and fourth. The Mercedes W13 was not even vaguely competitive with the Ferrari and Red Bull.

How this all came together was a combination of the challenges of the new technical regulations and those of the Sakhir track and how each team responded to them.

As ever, the Bahrain track was incredibly demanding of brakes and tyres – and both those featured new reg complications. The wheel coverings regulated to prevent the air being fed through the wheels so as to keep the aerodynamic wake of the cars clean means that cooling the brakes adequately is now more difficult. This tripped up McLaren more than anyone else, the team having to rig up an entirely new ducting arrangement in the few days between testing and the race weekend which destroyed the efficiency of the car’s aerodynamics and left them with a serious downforce shortfall. 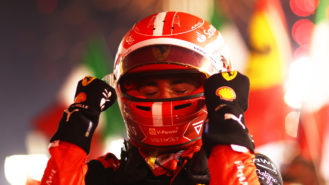 Lewis Hamilton’s biggest championship advantage over Max Verstappen during 2021 was 14 points after the opening four races. He already leads the defending champion by a greater margin this year,…

It also compromised Red Bull, not to the extent of needing a redesign but enough to make the RB18 a tricky car to race, especially if it wasn’t out front in clear air. Verstappen was being told to lift and coast to bring his disc temperatures back under control by as early as lap three. He would be allowed bursts of attacking driving, strictly rationed. “Impossible to race like this,” was one of his many frustrated complaints over the radio.

The new 18-inch Pirellis proved no more able to be pushed hard than the old tyres. Although their recovery once too hot was better, they still needed to be driven a long way off the pace to keep those temperatures under control around a track with a very tough surface and a layout that gives them no respite. The new cars’ greater natural understeer at slow speeds shifted the degradation balance towards the front, but it was a problem at both ends for everyone. It was a particular problem for those cars, such as the Mercedes, which were afflicted by the porpoising phenomenon. Sakhir is quite a bumpy track and the bumps initiate the aerodynamic oscillation. That puts a lot of heat and extra stress into the tyres. So while Lewis Hamilton and George Russell were initially able to stay within reach of third place Sainz, within a few laps their tyres would no longer allow them to run at that pace.

By the time, late in the race, there was a safety car for Pierre Gasly’s on-fire AlphaTauri, the Mercs had been set to finish over a minute behind Leclerc. 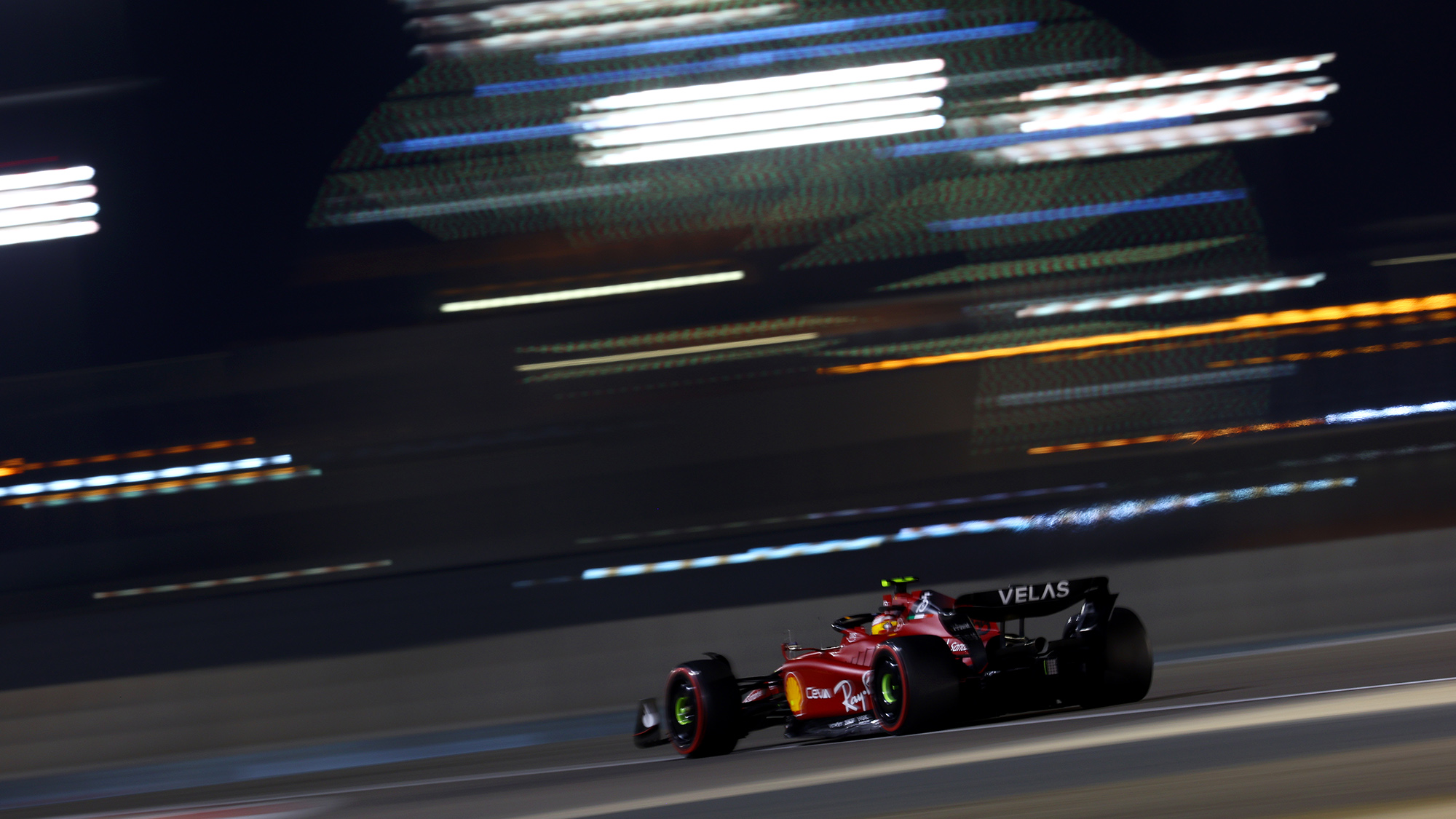 While everyone coped with those problems, Leclerc out front had the benefit of the clear air his pole position and good start had created for him.

His pole came from a beautifully-driven lap in a car with a driveable balance and a very strong power unit. It was just over 0.1sec quicker than the lap of Verstappen, the Red Bull appearing to be longer geared and with ratios (which are set for the season) not quite as well suited to this track’s particular layout. There were a couple of places where Verstappen was caught between the ideal gears – Turns 11 and 14 – allowing Leclerc the advantage of momentum. The Ferrari also had better acceleration out of the corners as it hit the sweet spot of power delivery and gearing, particularly between Turns 2-4 and 4-6. It allowed Ferrari to put a bit of extra wing on the car from Saturday, so while the Red Bull was going significantly quicker by the end of the pit straight – which with the further aid of DRS allowed Verstappen three spectacular runs on Leclerc’s lead on consecutive laps after the first stops – the Ferrari was faster early on the straights. The gearing had allowed Ferrari that luxury of extra wing.

Right from the first day of running at Barcelona testing Leclerc has looked very at home in the car. It’s not as fast into and through the slow corners as the Red Bull but it’s driveable and malleable and Leclerc maximised that to brilliant effect in qualifying. He stayed perfectly calm but resolute in the race, repelling Verstappen’s three consecutive attacks into Turn 1 by ceding the place to get the DRS past the detection point, enabling him to retake the place later. After that, Verstappen’s brakes were done. Max was frustrated not only by this but by being instructed not to push the tyres hard on the out-lap. He could have made either undercut work by pushing hard – it would have given him track position but destroyed the tyres. 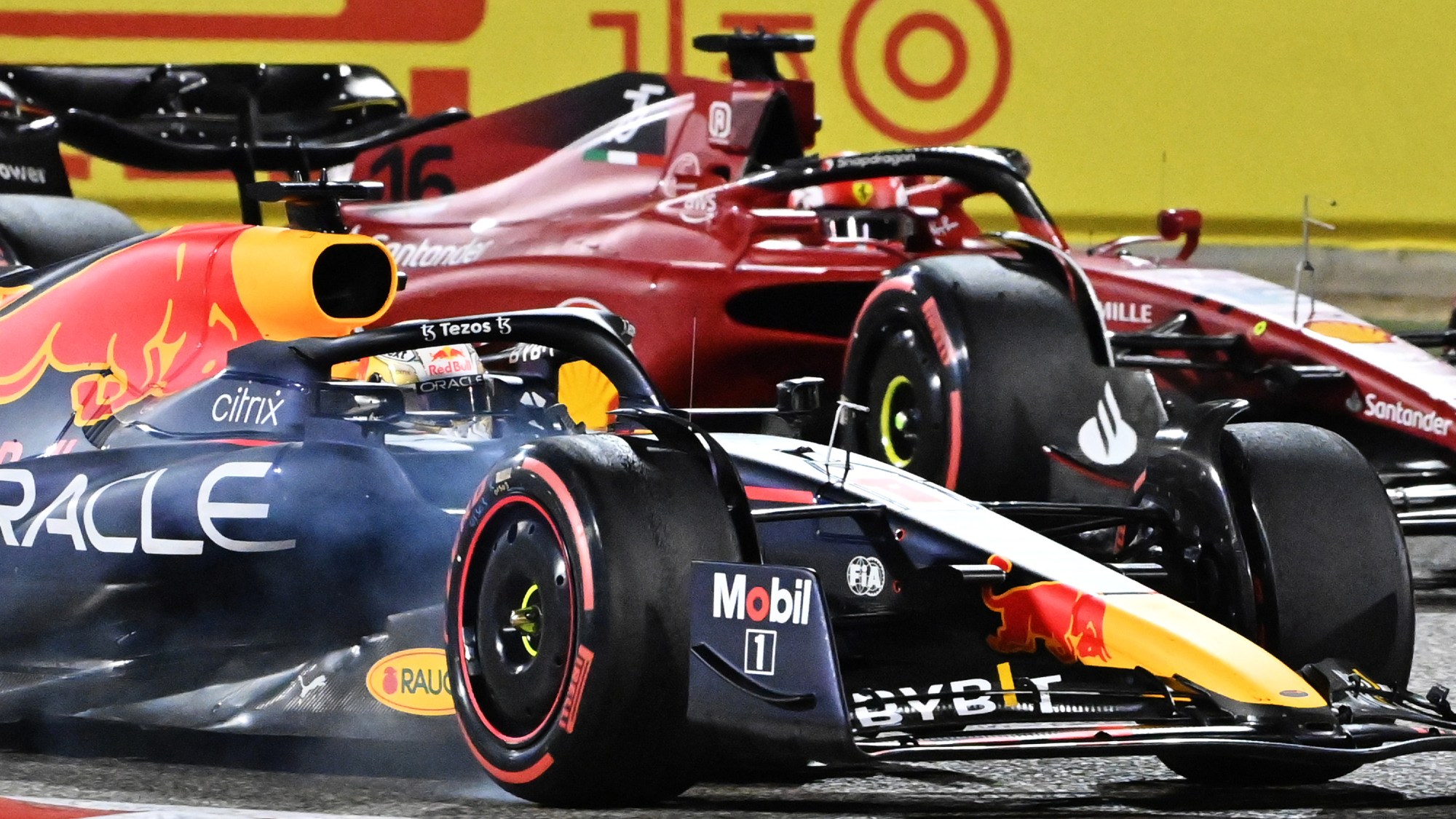 Ferrari has had its car refined and ready for a long time and the time devoted to it last year was almost certainly more than Red Bull could afford, give its ’21 title campaign. By the time it hit the track for the first time it was extremely well sorted, maximising the team’s running time and allowing it to a full understanding of the car and an extremely thorough preparation.

Red Bull is traditionally bullishly aggressive about how late it keeps the development programme going before having to commit to a build and it was no different in that regard this year. Like Mercedes, it introduced a major aerodynamic upgrade onto the car at the Bahrain test, in this case on the final day. It also brought a new floor then to better control the porpoising without surrendering as much downforce.

In such a compressed timeframe there were a few little jobs which were not ticked off which most other teams managed to do, one of which was running the car almost dry to see if there were any fuel pick-up problems. It seems the Red Bull retirements were due to the fuel cavitation whereby the fuel sloshing around the tank becomes too hot and damages the lifter pumps. The lifter pumps were indeed changed overnight Saturday.

Starved of fuel, Verstappen’s engine stuttered with six laps to go as he’d already given up chase of Leclerc and was holding off an attacking Sainz. Perez’s gave out on the last lap, locking the back wheels as he turned into Turn 1 and spinning him around, losing him third place.

“I know it seems strange to say,” said a worried-looking Sainz after the race, “but this has been the most difficult weekend of my Ferrari career.” Unusually far off Leclerc’s pace as soon as the cars were running on Friday, he worked away at the deficit and by qualifying had seemingly made good progress. The lap which put him third on the grid was just 0.129sec adrift of his team-mate, but as soon as the race began he was struggling with the car once more now it was laden with fuel. 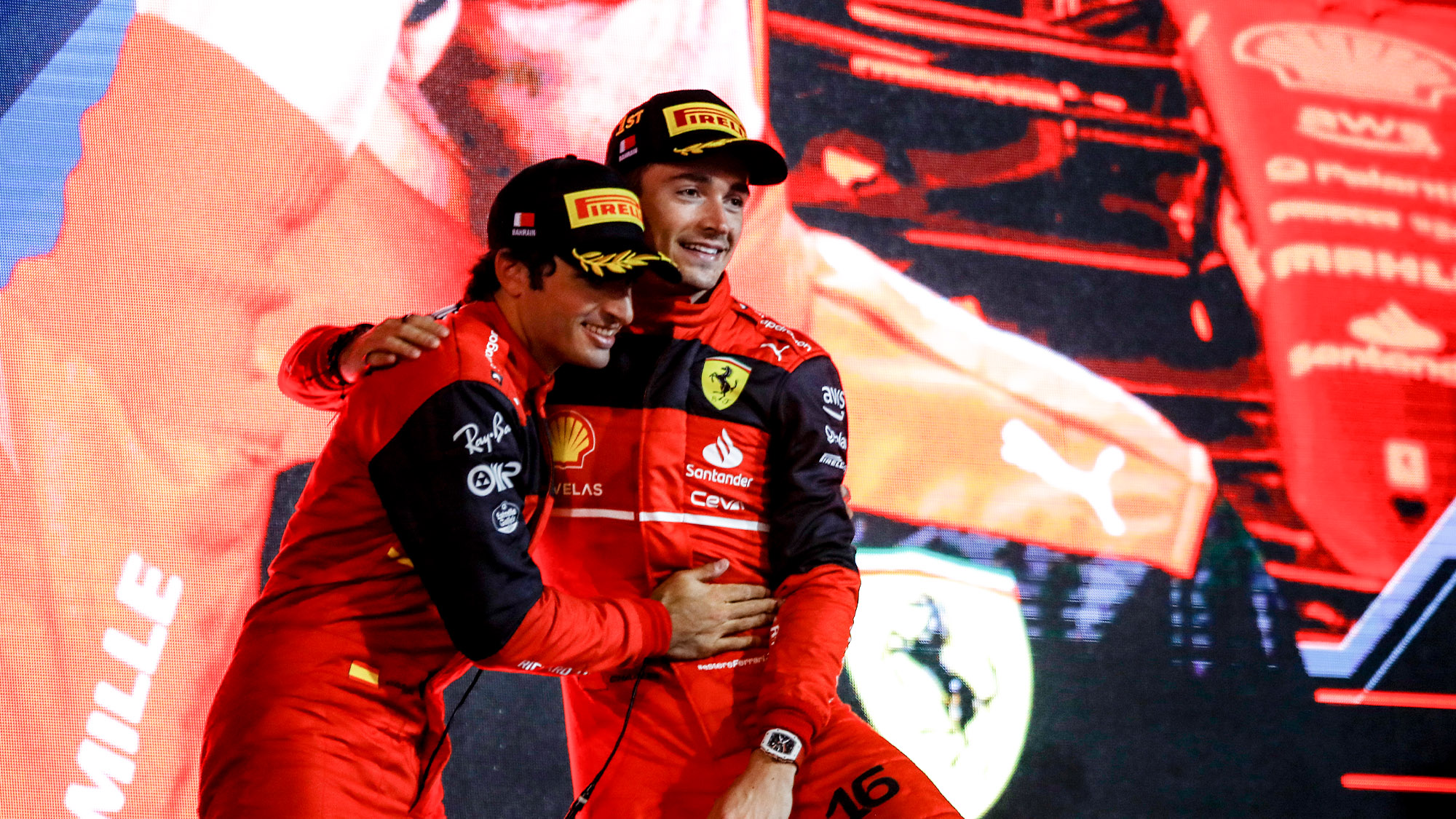 Leclerc and Sainz on the podium

“It’s been a very tricky weekend, I’m not going to lie,” he said after offering congratulations to his team-mate. “I didn’t have the pace today… I have some homework to do over these next few days and I’m sure I will come back stronger.”

It’s important for his own title prospects that he does this sooner rather than later. Because Ferrari is back and he cannot afford to fall into a wingman role.

Haas, remarkably, was best of the rest, Kevin Magnussen taking fifth after qualifying the new Ferrari-influenced car seventh. His rival for that accolade was Valtteri Bottas’ Alfa Romeo (also Ferrari-powered) which had qualified sixth, albeit around 1sec off pole. A lock-up for George Russell’s Merc on its one new-tyred Q3 lap put Bottas (and Magnussen) in between the Mercs. “Looking forward to racing you guys tomorrow,” said his Saturday night text to Toto Wolff.  Unfortunately a clutch problem made him slow off the line and his race was one of recovery to sixth rather than dicing with the Mercs.

Williams, McLaren and Aston Martin were all relatively slow. Alpine and AlphaTauri bridged the gap in between. Early days yet for everyone though and much volatility ahead. Welcome to the brave new era.