After the Indy 500, I did a bit of a comparison about how IndyCar’s showpiece event gives drivers more of a chance to shine than Formula 1 does in any race, let alone the iconic ones. And in it I referenced the potential of Marcus Ericsson.

Fast forward 10 days, and on Saturday the former Sauber and Caterham driver was taking his first victory in the IndyCar series with a win at Detroit, and backed it up with another top ten finish in the second race at the same venue on Sunday.

Now I’ll admit that was just very lucky timing on my part that I talked up Ericsson a little bit more than most, got a fair bit of scepticism in response based on his F1 performances – I won’t start explaining myself again, you can read the original piece here – and then he went and won. But it does show what racing in the US can provide for drivers, and that’s a real shot at winning once again.

It wasn’t just Ericsson who showed up well at the weekend at Belle Isle, as Romain Grosjean qualified third for the opening race and fifth for the second one, although he would retire from both. But his former Haas team-mate Kevin Magnussen fared better, winning his first race for Chip Ganassi Racing in the IMSA event on Saturday evening. 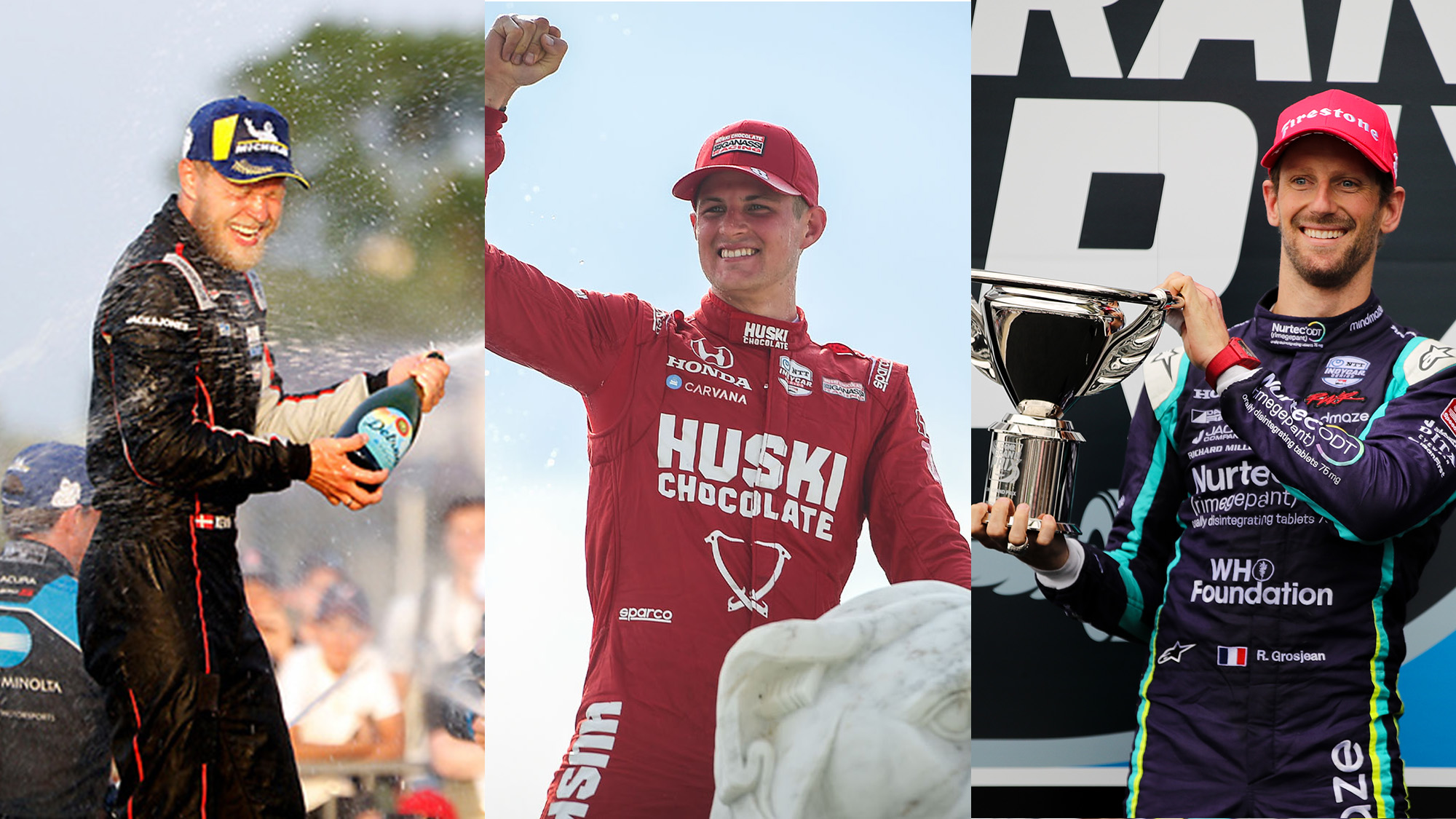 The smiles say it all: Magnussen, Ericsson and Grosjean have found success in the US

Allow me to be ‘that guy’ for a second but I’ve been speaking to all three drivers a little bit about how things are going in the US, so dropped Magnussen a message of congratulations after his win and his reply was: “I needed that!”

And it just reminds me that for some drivers, racing in F1 is not the be-all and end-all. For so many it is their dream, but once they achieve it then the reality is they spend their time fighting to pick up top-ten finishes, or maybe the odd podium. It’s a very select few who get the chance to win races in grand prix machinery.

The last few weeks might have just planted the seed for some that there is a world outside F1 that could satisfy their competitive hunger and continue to increase their standing within motorsport. I don’t think Grosjean or Ericsson, for example, have been hurt by racing in IndyCar. In fact it might just be rebuilding the Frenchman’s reputation after his error-strewn final years at Haas.

There are a few drivers who spring to mind who are at different points of their careers but could do worse than look across the pond at what opportunities there might be.

In terms of a driver who has been around for a little while now, it’s Antonio Giovinazzi. Clearly the Italian is viewed as a safe pair of hands by Ferrari as he remains the Scuderia’s reserve driver, but it has been over four years since he made his debut and he’s now in his third full season at Alfa Romeo, where he has picked up 19 points so far.

All of those points have come courtesy of ninth- or tenth-placed finishes, aside from a fifth in the dramatic 2019 Brazilian Grand Prix. But with Carlos Sainz newly-signed and Charles Leclerc on a long-term deal, there doesn’t look to be any chance of a Ferrari seat, nor would you say Alfa is a team on a rapidly upward trajectory.

Giovinazzi’s problem might be a lack of direct funding for an IndyCar ride, but that’s not such an issue for a newer driver on the grid in the form of Nicholas Latifi. The Canadian brings significant backing to Williams and has done a solid job in his year and a half so far, and he reminds me a lot of Ericsson – capable of being a frontrunner and winning in Formula 2 machinery, but not showing the potential that suggests he will ever get further than a midfield seat at best.

It’s a gamble of course to make such a call at this early stage, and it’s probably not fair to expect Latifi to want to give up on F1 having so recently found a seat, but the ceiling seems a lot lower with Williams (and any other team he would realistically end up at) than it does if he considered a move to the US. 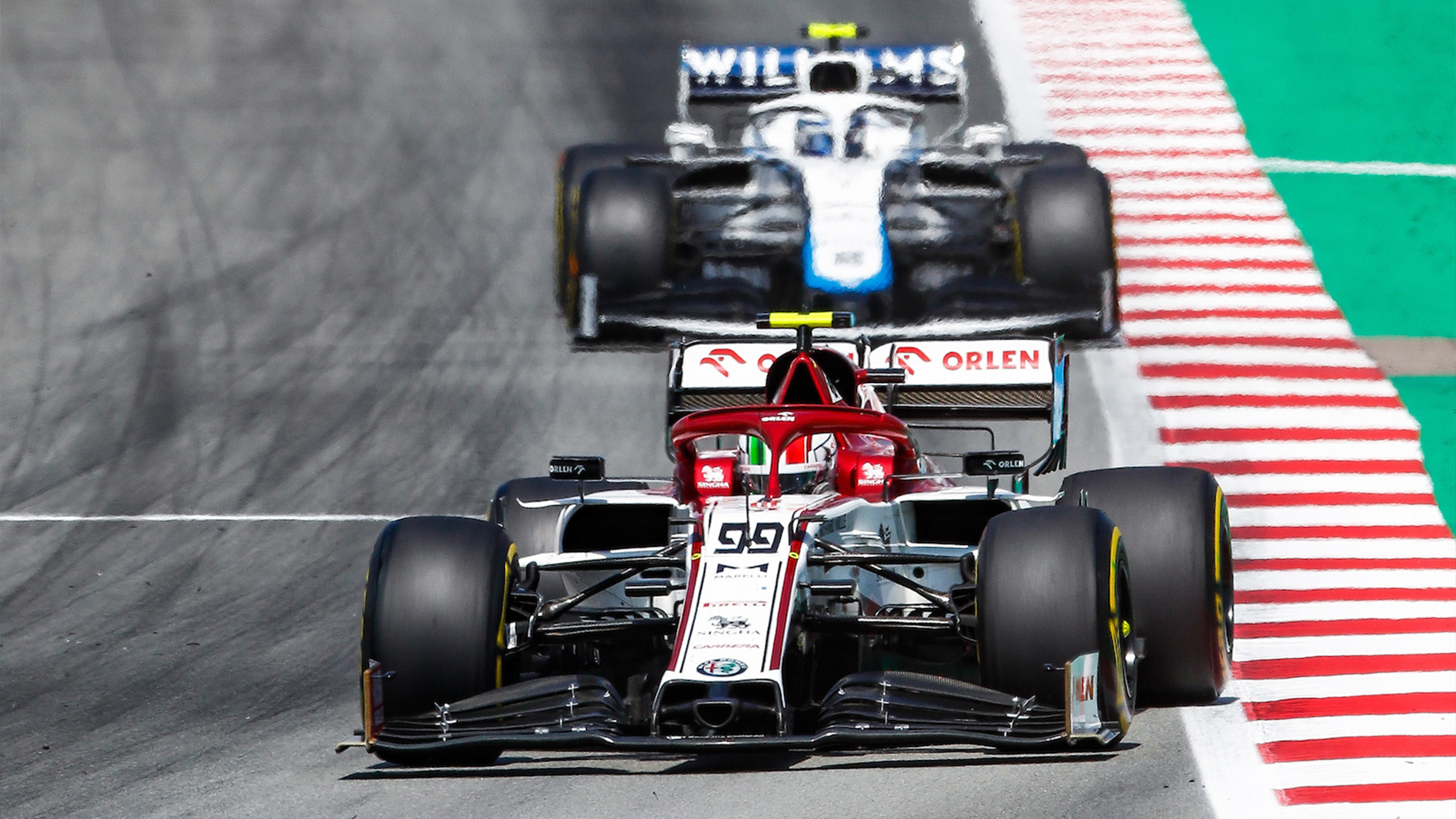 Would Giovinazzi and Latifi be better off in the US than biding their time in F1?

The biggest draw though would quite clearly be someone from a top team, and the most obvious candidate there is Valtteri Bottas. 2021 has not been going to plan for the Finn – partly through his own performances and partly through terrible luck – and it does feel like a matter of time before he’s replaced.

It has felt that way for a few seasons, but Bottas usually does a very good job for Mercedes in ensuring both championships are won, and on that basis I’ve always felt he fully deserves his spot. While he would be foolish to walk away from such a drive if it was still being offered to him, any other move is likely to be down the grid, whereas he would create quite a bit of interest if he switched to IndyCar at that point.

Given recent results for the ex-F1 drivers over there, Bottas would surely back himself to be a real contender. And that’s the beauty of that series, that so many drivers can reset their goals in that way.

But there’s a strong argument against as well that has cropped up this year, and it’s one that has also been strengthened in the past few weeks. Sergio Perez was out of a drive in F1 late last year, and the longer things went on the more and more he was asked about the possibility of racing elsewhere. With his connections and backing – as well as obvious skill – there’s no doubt he would have been fighting off offers from IndyCar teams.

Yet Perez was adamant that it was F1 or nothing for him. He would completely focus on getting another seat somewhere on the grid and if that didn’t happen, then he would take a year out.

I actually felt it was the wrong move at the time – especially when there were talks with Williams – but the fact the Red Bull opportunity came to fruition proved me wrong and Perez right, while his win in Baku only serves to show what can happen if you’re in the right place at the right time.

Performing well in F1 is by far the best way to get yourself another F1 seat, but at the very least the results of the likes of Ericsson, Grosjean and Magnussen in recent weeks have shown what is possible elsewhere. And if any of the current grid decide to follow suit, it will only serve to strengthen the likes of IndyCar and IMSA and potentially make a move back in the opposite direction more realistic in future.