Interlagos is perfectly configured to equalise a low-drag-favouring car like the Mercedes with a high-downforce-favouring car like the Red Bull (unless of course it rains heavily, in which case downforce trumps all). But sectors 1 and 3, with their long stretches of flat-out running, naturally favour the low-drag car, with the repeated turns of infield which comprises sector 2 rewarding downforce. Add the time spent in sectors 1 and 3 and it comes out at pretty much the same time spent in sector 2.

It means that the track is unusually insensitive to wing levels – you can get pretty much the same lap time from a variety of different rear wing levels there; they are just delivered in a different way. So in theory both the Red Bull and Mercedes should be able to get into their respective sweet spots. We still have the random variable of the tyres, however.

With two such fundamentally different cars contesting the championship this year, the impact of track layout upon which car is better-suited for aero reasons has been profound. As has the nature of the track surfaces for tyre usage reasons.

Now that we’ve had most of the season to observe the patterns and talk to some of those involved in the concept and running of the two cars, it seems like the Mercedes can generate more front load and in races where protecting the surface of the front tyres is key, that’s a crucial advantage. That’s what won Mercedes the race in Barcelona, allowing them to run the two-stop trap on Verstappen, just like at Hungary in 2019. 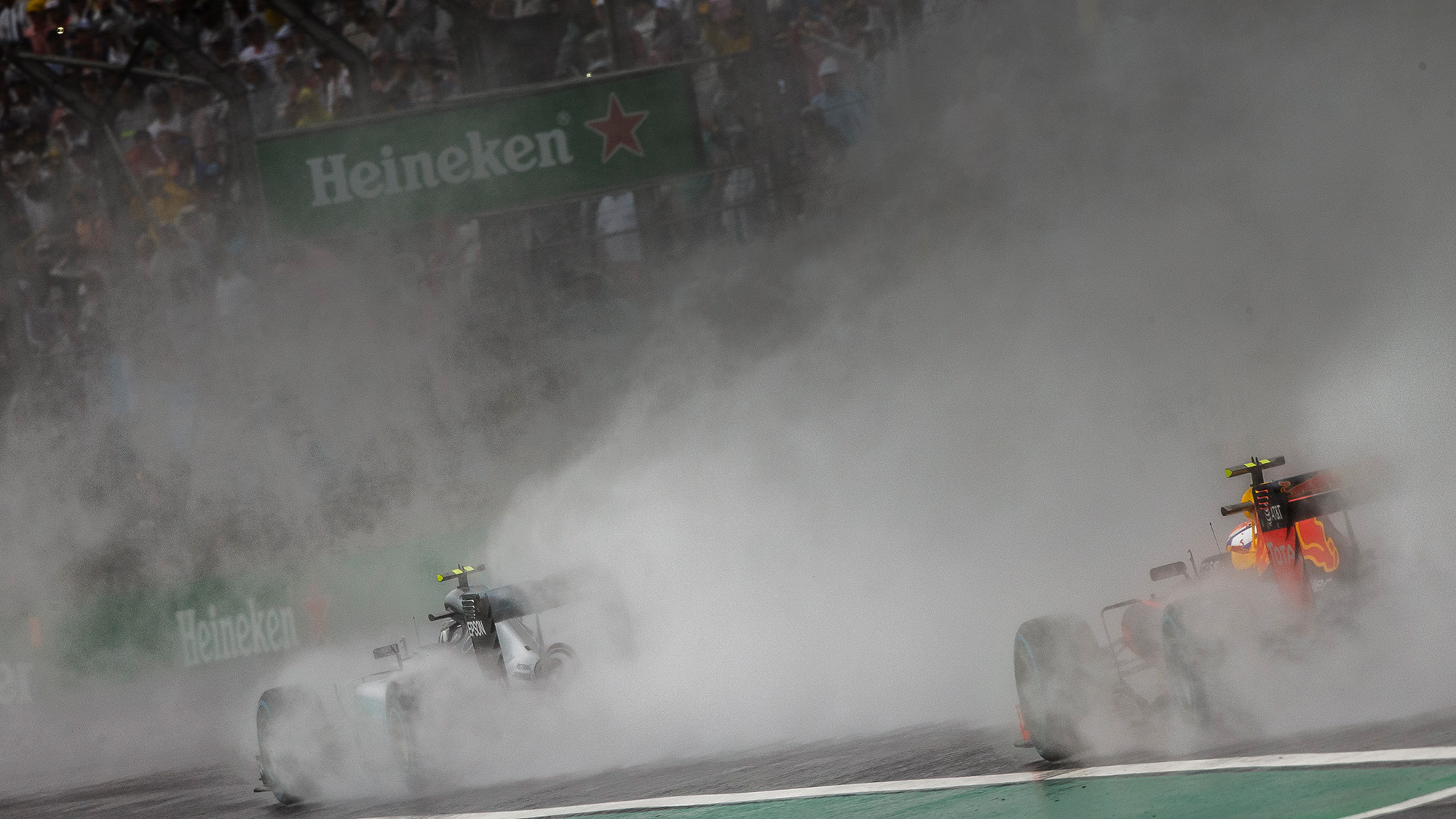 Different aero philosophies both work in the dry, but rain would tip the balance Red Bull’s way

The Red Bull can generate more rear load, which makes it better on the rear tyres, especially when the challenge is thermal degradation. It can be driven faster before the rears slide and as such when driven to its tyre temperatures, it’s faster.

There are all sorts of complications in the way all this plays out according to the circumstances of the situation. There are complications too from specific track or weather conditions. In cool conditions Mercedes has occasionally been unable to generate the front tyre temperature quickly enough – see Imola, for reasons which may or may not be to do with its long wheelbase. Similarly, the Zandvoort Turn 3 banking prevented the Merc from being able to use the fastest part of the corner. There have been situations where Red Bull has been unable to balance its car around its powerful big rear wing – notably at Budapest and Istanbul.

But all these assessments can only be made in hindsight. A feature of the season has been the sudden inversion of the two cars when one random variable or another has come to acquire more or less significance to the whole.

Many fans would like to believe that the outcome of a race is from Driver A doing a better job than Driver B. Because the two drivers are so evenly matched, that’s rarely been the case this year. The opposing traits of the two quite equally-matched cars has been the dominant mechanism of this season’s thrilling championship.