184 drivers in 62 cars fighting it out over an entire day of gruelling, relentless racing – the 89th running of 24 Hours of Le Mans is just around the corner.

50,000 fans will be permitted at Circuit de La Sarthe this year – only 20% of the usual capacity, but a step in the right direction for motor sport fans. UK-based endurance heads desperate to make it to the blue riband event will need to be vaccinated; those who aren’t can only enter France for essential reasons, which don’t include spectating. Full and up to date government guidelines on entering France can be found here.

And it’s a momentous one too, heralding the dawn of the Hypercar era – a new set of regulations designed to cut costs, bring back manufacturers big and small whilst reigniting the passion for endurance racing. This time in 2021 the heavyweight might of Toyota brings its GR010 Hybrid, taken on by the plucky privateer of boutique sports car maker Glickenhaus, with Alpine’s ‘grandfathered’ LMP1 car the joker in the Hypercar pack.

The battle in the next-fastest LPM2 class will be fiercer as ever, with 25 cars scrapping for the win. Last year’s Le Mans-winning and champion WEC team of United Autosport, fielding Filipe Albuquerque and Phillip Hanson with Fabio Scherer replacing Paul Di Resta as the third driver, will be gunning for LMP2 honours, but face strong opposition in the shape of Jota’s Da Costa/Davidson axis and the G-Drive Racing Team which features Jean-Éric Vergne.

A field of eight LMGTE Pro sees Corvette return to the fray, whilst four Aston Martins take on eight Porsches and 12 Ferraris in LMGTE Am.

Top-level endurance racing now enters a new era, and its name is Hypercar. Ominously for competitors, Toyota has stayed completely invested in WEC during the LMP1 to Le Mans Hypercar, hitting the ground running with its LMH.

The new challenger – bar a few technical hiccups – has swept all before it, the Sébastien Buemi/Brendon Hartley/Kazuki Nakajima no7 car winning the first two WEC rounds this year at Spa-Francorchamps and Portimão before the Mike Conway, Kamui Kobayashi and José María López line-up won out at Monza. 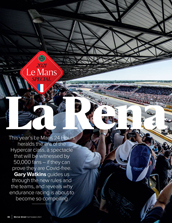 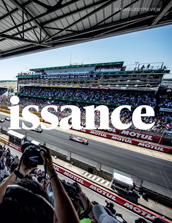 Le Mans' new era: I predict a classic On the face of it, we shouldn’t be getting excited by the Le Mans 24 Hours. After all, we’ve only got five…

The latter crew have never won at Le Mans, being frequently cursed by bad luck – including Kobyashi damaging his clutch after interpreting a thumbs up from a competitor as a sign to leave the pitlane whilst leading in 2017.

Who will challenge Akio Toyoda’s boys at La Sarthe? Bullish boutique sports car maker Jim Glickenhaus believes he can with his eponymous 007 challenger, telling Motor Sport in this month’s magazine: “We’re gonna try to win this year, and I think it’s possible. We’ve built a low-downforce car on purpose with Le Mans in mind. We are absolutely as fast as Toyota on maximum speed; the only time they were quicker than us at Portimão was when they were slipstreaming each other. Why can’t we beat them?”

With 25 cars in the LMP2 class, it could be argued that this really is where the 24-hour party is at. Some world-class drivers in competitive teams means the battle will rage on all race long.

The Hanson/Scherer/Albuquerque United Autosports Oreca scored an overall podium at the last WEC round in Monza, only the sixth time this has happened in the series. Could they do it again at the big one? A lot can happen in 24 hours, and with only five cars in the top class, it’s not inconceivable that the UA car could actually win the entire thing.

Not to be discounted is the other UA car of Paul Di Resta, 2021 London E-Prix winner Alex Lynn and Wayne Boyd, whilst there’s a famous father-son combination also on the list: Magnussen’s Kevin and Jan are teaming up with Anders Fjordbach to form a none-more-Danish attack in the High Class Racing team.

The younger Mag is getting some practice in before he steps up to the Hypercar class next year with Peugeot, accompanied on this year’s grid by another former F1 star (OK, he gives the Alfa-Romeo a spin every now and then) in the shape of Robert Kubica.

The Pole’s WRT team almost won in Monza with its other car (driven by Virgin Formula E driver Robin Frijns and Ferdinand Habsburg) after taking first in qualifying, so both cars are ones to keep an eye on in France.

A solid entry last year was Richard Mille’s all-female line-up of Sophia Floersch, Tatiana Calderon and 2019 W-Series runner-up Beitske Visser which finished ninth overall. Floersch spoke to Motor Sport last year about the challenges of moving up the racing ladder, and will be determined to improve again on her last impressive Le Mans showing

With the exit of BMW, Ford and the Aston Martin works teams from a once-highly competitive class, the Corvette C8.R will only be coming up against Ferraris (in the form 488 GTE EVOs) and Porsches (911 RSR) in its duel on the Mulsanne.

Four-time grand prix-winner Giancarlo Fisichella is the headline act of LMGTE AM, driving a Ferrari 488 for the AF Corse works squad.

From Ferrari past to Scuderia present, its junior driver Callum Illot lines up for the Iron Lynx squad, also in a 488, presumably auditioning for the Maranello LMH effort in 2023, as an F1 opening isn’t looking likely.

Reining LMGTE Pro champion Nicki Thiim will be driving for the Aston works squad in a Vantage, whilst Dominique Bastien, who became the oldest-ever Le Mans entrant last year at the age of 74, will be extending his record by taking part once more with the Dempsey-Proton Porsche squad in a 911.

In 2016 Frédéric Sausset incredibly became the first-ever quadruple amputee to finish Le Mans. Now he’s back to break more boundaries, managing a line-up of three drivers, all with disabilities, who will be an adapted Oreca 07 in the ‘Innovative car’ category.