Barely two months after the chequered flag dropped in Abu Dhabi to end last year, the 2021 season is rapidly approaching and teams are preparing to unveil their 2021 cars ahead of winter testing.

Alpine has shown off a teaser livery ahead of the full launch of its 2021 car. Ferrari was the first team to confirm its plans to unveil its new car, and the returning Aston Martin could be the first to actually show its new livery off in February.

Mercedes and Red Bull are yet to confirm their plans but have traditionally started their campaigns with a private shakedown while another fashion show for AlphaTauri is unlikely in the current circumstances.

Here are all of the latest dates and times for all of the 2021 car launches ahead of the new Formula 1 season. 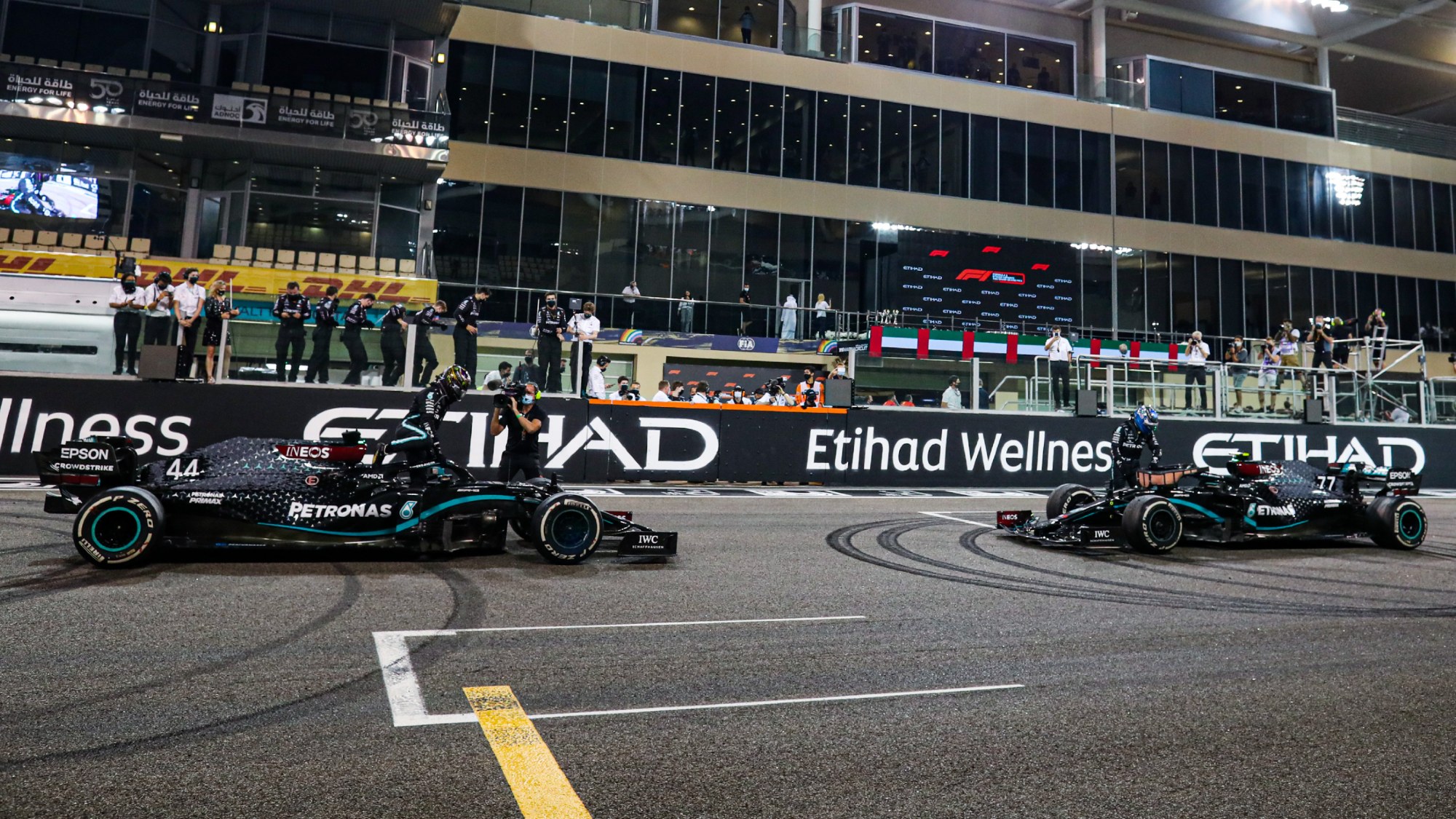 The new Mercedes W12 has a lot to live up to

How Mercedes follows up what was possibly the fastest F1 car of all time could well set the tone for the season.

The W11 was the class of the field and helped the team to a seventh consecutive constructors’ championship, an unprecedented run of domination. No pressure then to follow that up.

Mercedes is yet to announce its plans to launch the W12, though the team has traditionally run a private shakedown at Silverstone ahead of winter testing to get to grips with each of its new cars. 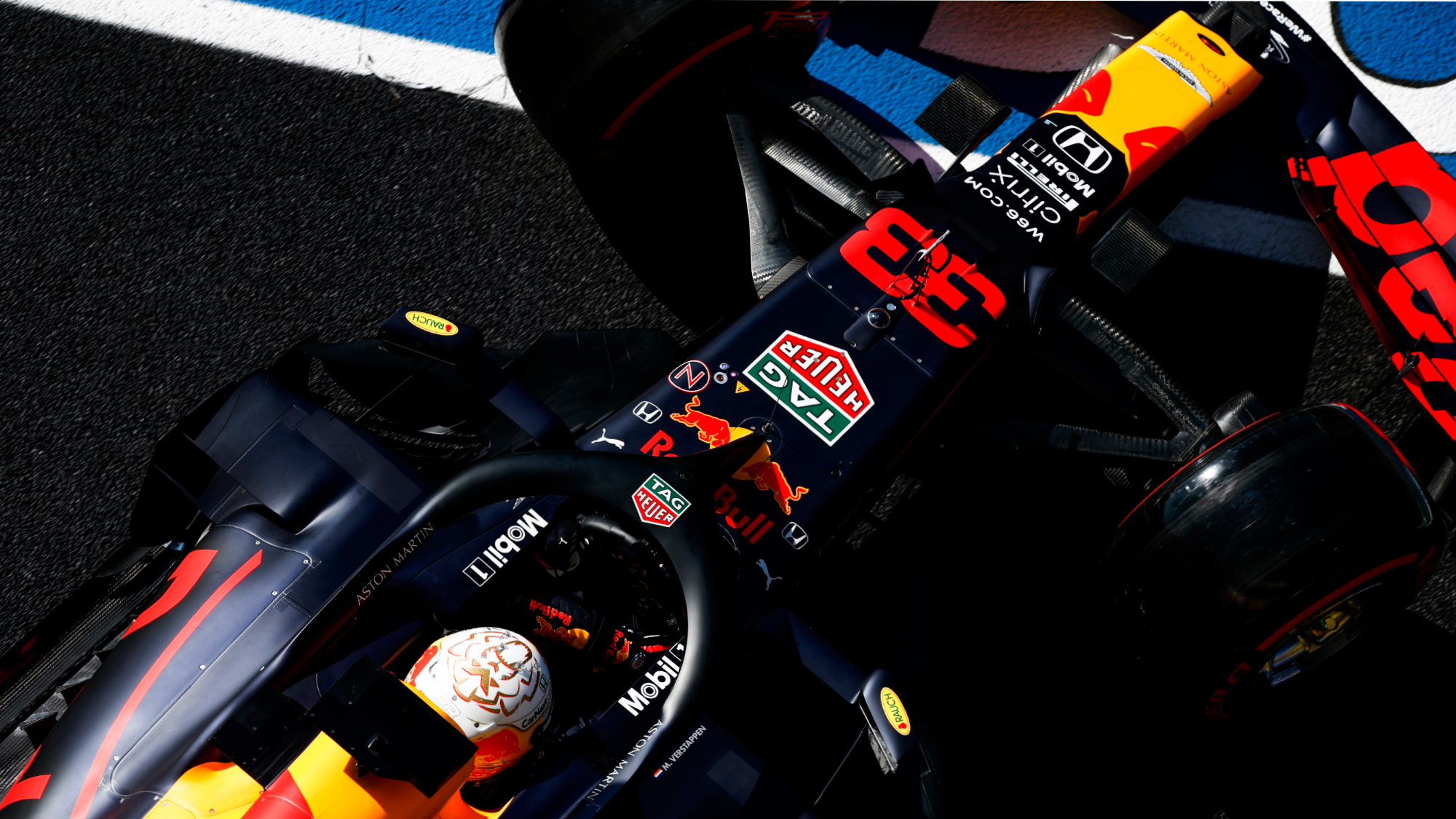 Red Bull showed it had pace at the end of 2020, but can it finally build on late-season form?

Last season, Dr Helmut Marko claimed the team had a championship contender on its hands with the RB16 and that it had to provide Max Verstappen with a championship-calibre car.

Unfortunately for the Dutchman and the Milton Keynes-based team, it didn’t quite pan out that way as it claimed just two race wins in 2020 having targetted five.

This year, the team will be able to build on the momentum it gained towards the end of the season as it out-paced Mercedes in Abu Dhabi, but we’ve been here before. Whether the team has unlocked a step in performance or if the champions just eased off the neck of its rival will become clear after the opening round of the season.

Red Bull has not announced its schedule for a 2021 car launch. The team has unveiled its car digitally first in the past before conducting a shakedown at Silverstone ahead of winter testing. 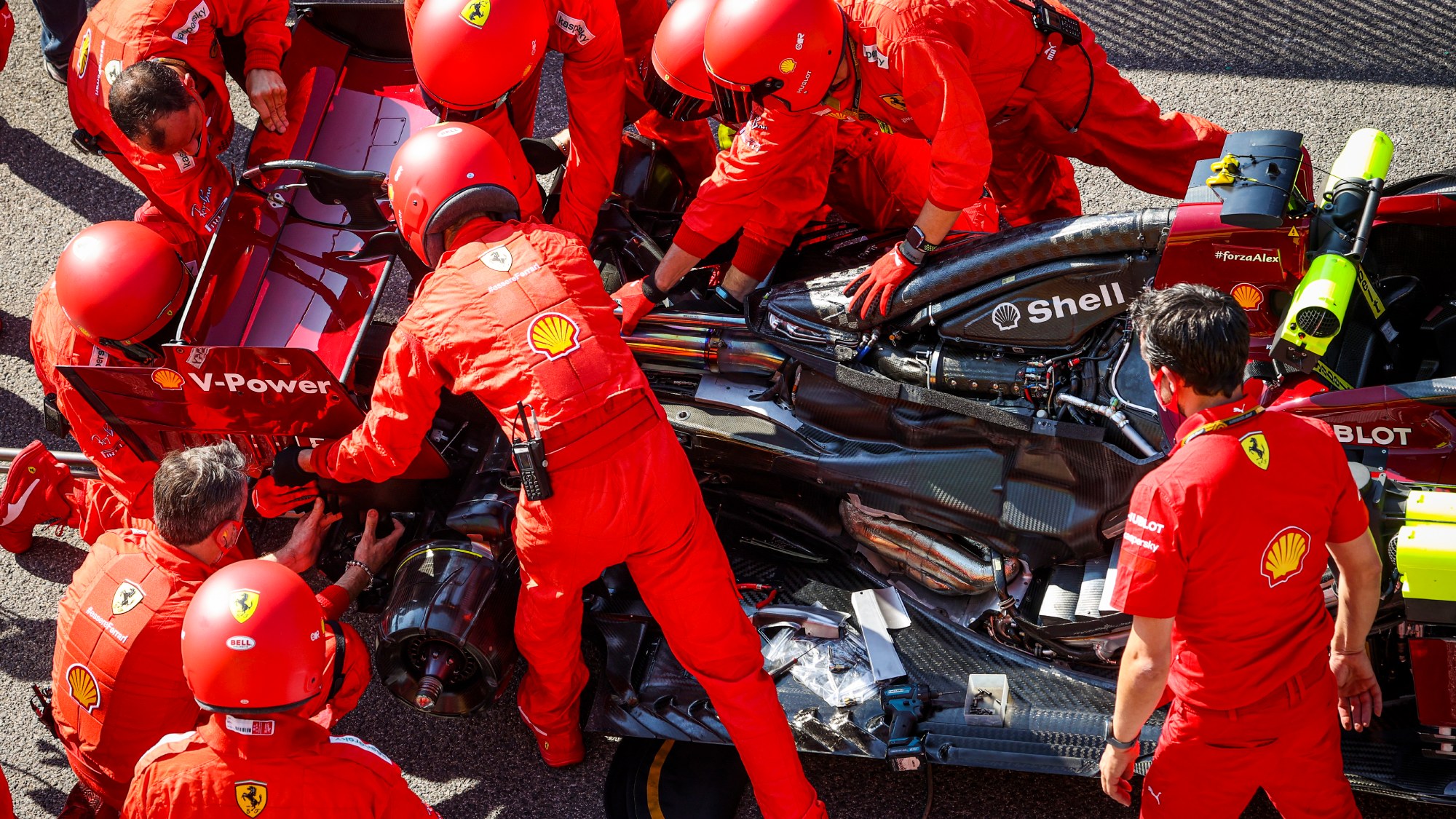 Ferrari hopes its 2021 engine will make it more competitive

Ferrari became the first team to announce its plans for its 2021 car launch, with the SF21 set to be unveiled at winter testing in a break away from any theatrics or presentations in Italy.

Team principal Mattia Binotto told media in December that the team may use two events to launch its 2021 campaign, with one presenting its new driver line-up of Charles Leclerc and Carlos Sainz to select media before a second event prior to testing beginning for the car itself.

Last year, Ferrari endured its worst season for 40 years, finishing sixth in the championship standings. The team faced a power deficit compared to rivals having had to rebuild its power unit following a private FIA settlement ahead of the 2020 season, but the team hopes 2021 will be different

“I can confirm the engine is running well on the dyno,” Binotto said of the new car.

“I think that in terms of performance, it progressed well. Significantly I think compared to what has been 2020. I think that we will be back to being competitive as a power unit.

“I think we will not be the worst in the field, and that is the feeling I got from the figures I’ve seen on the dyno. But I cannot know what the others are doing, or how much they have progressed.”

Binotto confirmed that the team’s ’21 engine was showing positive results on the dyno, but admitted that it isn’t out of the woods as other teams could make another step forward in power. 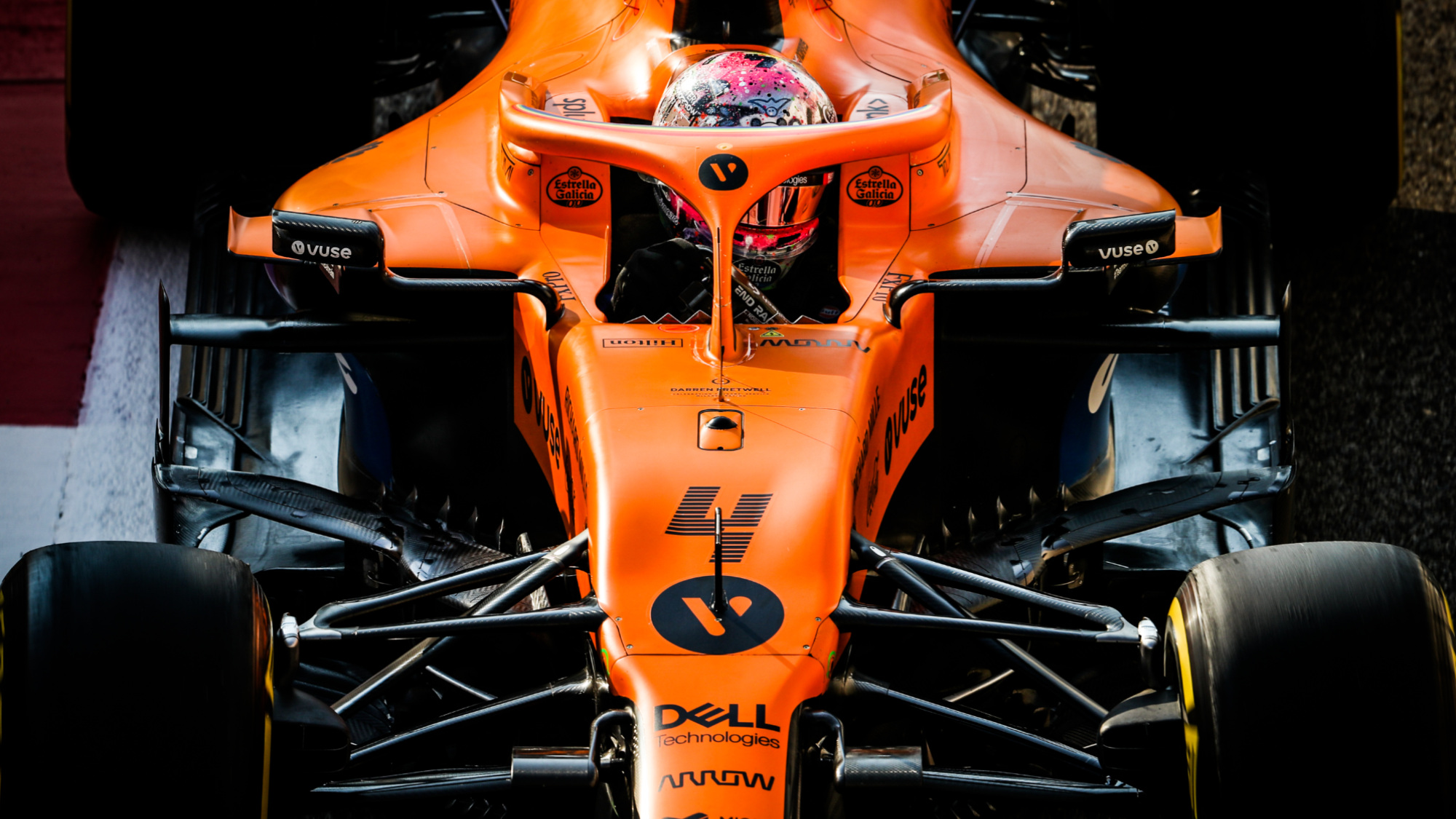 McLaren returns to Mercedes power in 2021

McLaren has usually launched its new cars from the McLaren Technology Centre ahead of winter testing but is yet to confirm its intentions for the 2021 launch.

The team will have a new line-up with the departure of Sainz to Ferrari, as Daniel Ricciardo moves across from Renault to partner Lando Norris.

While change isn’t expected to be monumental with the last year of the current generation of cars, McLaren will be using Mercedes power for the first time since 2014.

The Alpine tricolour colours replace the yellow of Renault

Renault becomes Alpine for 2021, with the French manufacturer morphing into and taking the name of the company’s competition division.

The team released teaser images the rebranded R.S.20 in Alpine colours for the first time mid-January ahead of its full launch ahead of testing.

The return of Fernando Alonso to the Enstone team he won both of his world championships with is one of the major narratives heading into the 2021 season, but the team will have to make a major step if it is going to provide him with a race-winning car this year.

Another fifth-place finish in the constructors’ standings was a disappointing result for the French outfit having appeared to make gains on rivals midway through 2020.

Currently, there are no confirmed plans for Alpine’s full 2021 launch though Renault has stuck with an online unveiling in recent seasons. 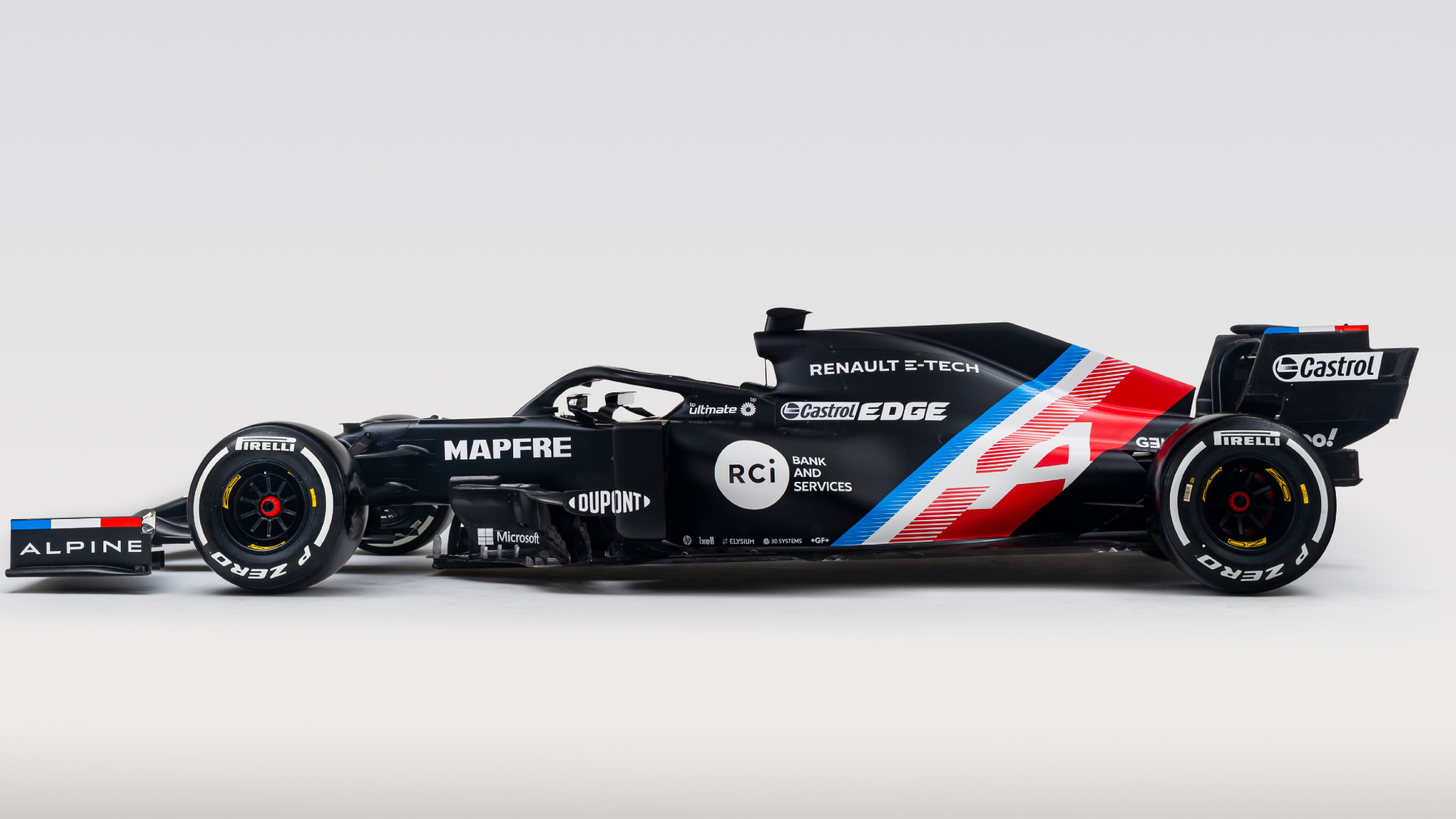 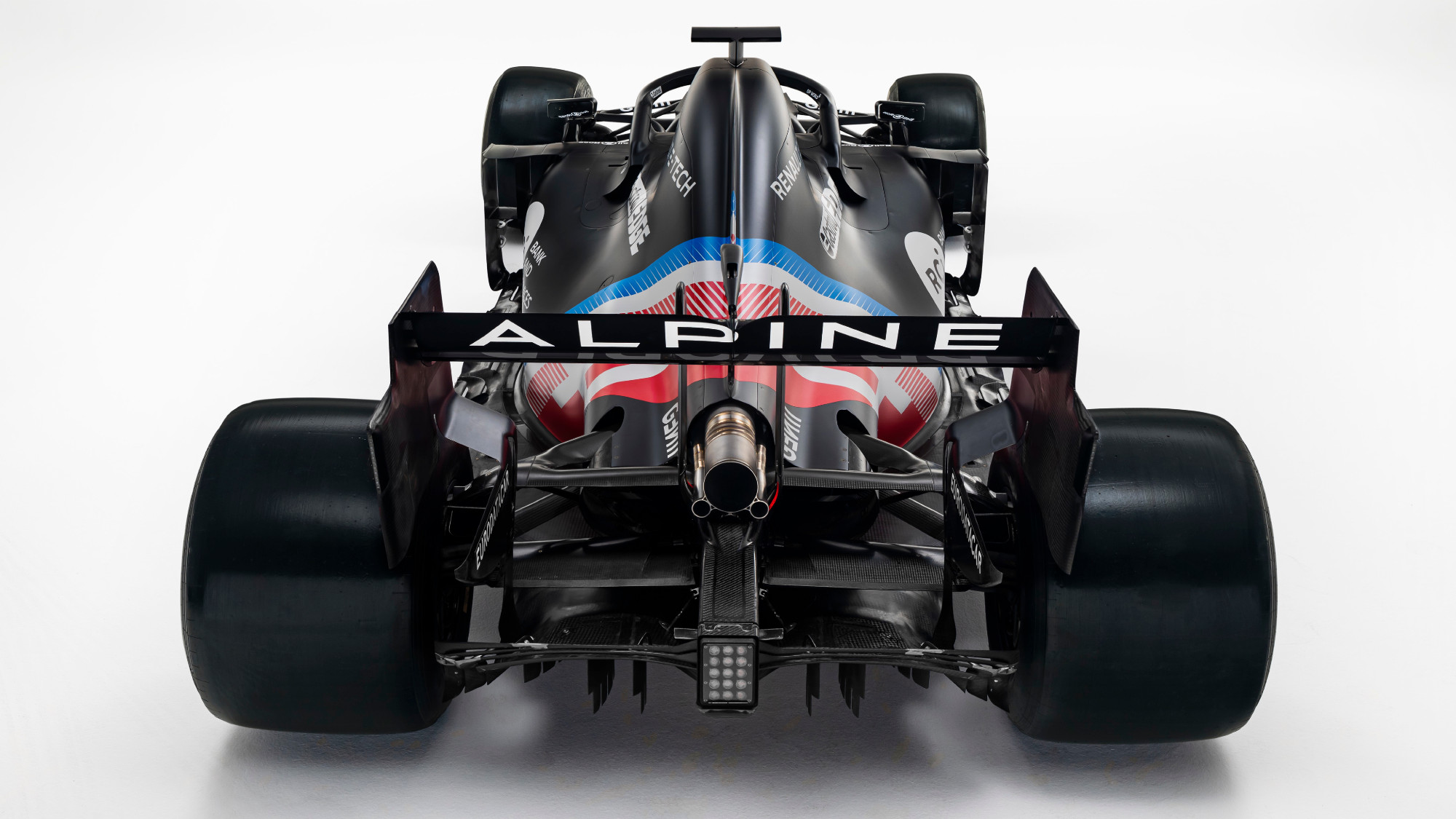 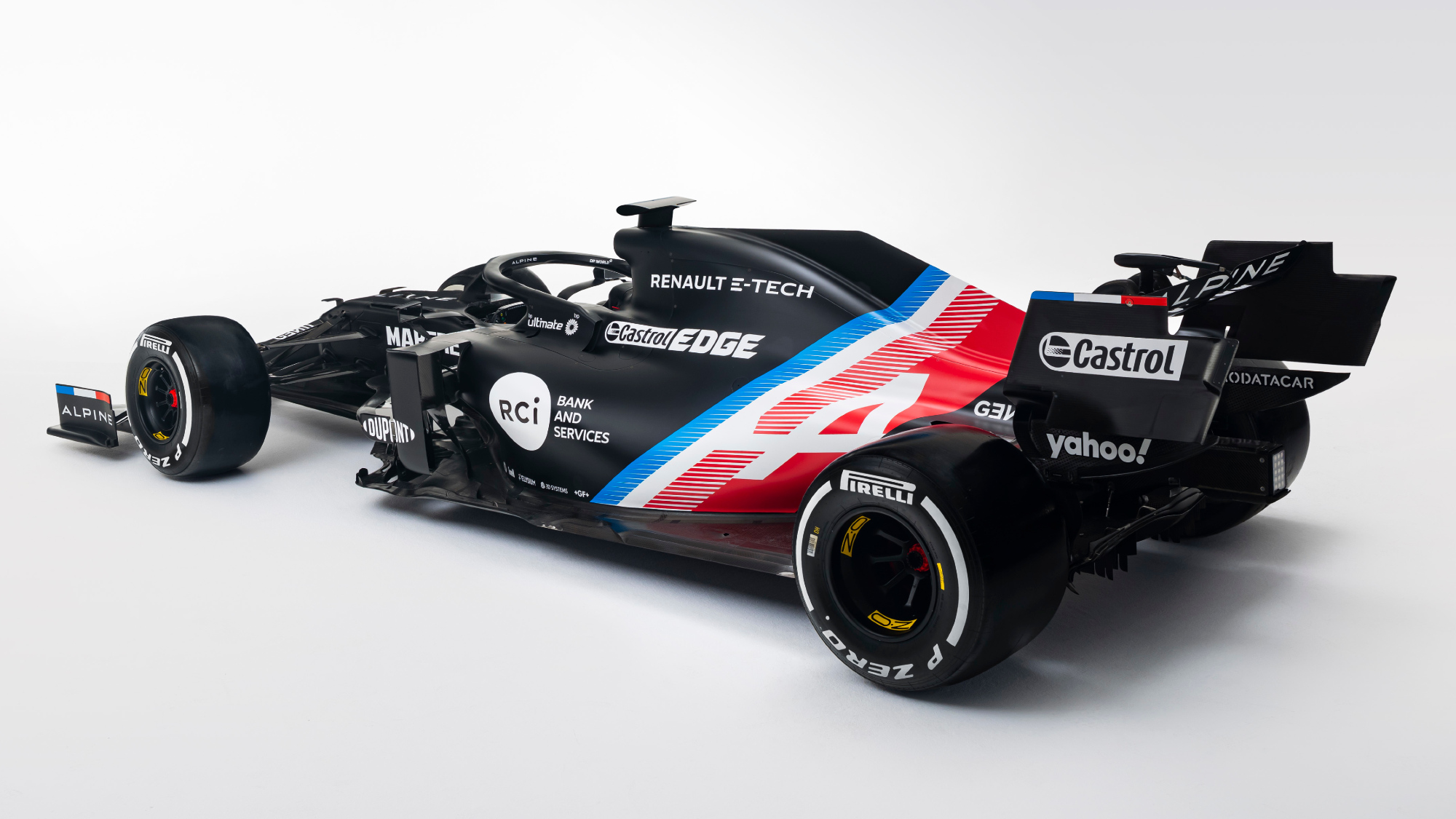 Alpine has released teaser shots of its new 2021 livery 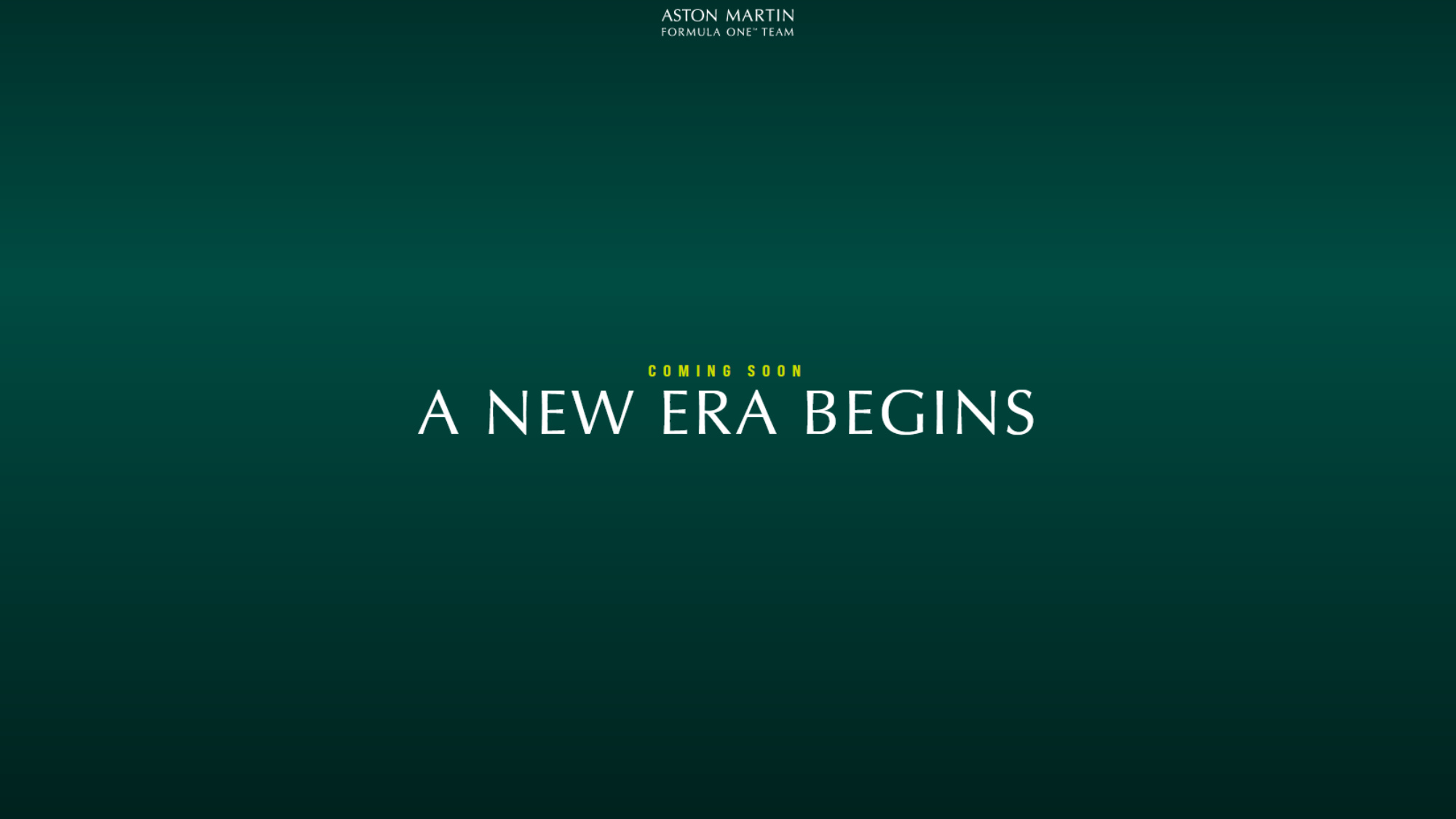 Aston Martin returns to F1 for the first time since 1960

Currently, Aston Martin is the team that is set to become the first team on the grid to unveil its 2021 car as the marque makes its return to Formula 1 for the first time in over 50 years.

The team published a teaser of its rebrand from Racing Point ahead of its intended February launch and the pink is gone in favour of a return to racing green.

Sebastian Vettel’s arrival at the team will help underline the start of a new era for the Silverstone-based team after it put together an impressive season in 2020 that included a race victory.

If it can replicate the form it showed last season, the return of the Aston Martin name to Formula 1 will be a success in its first year back. 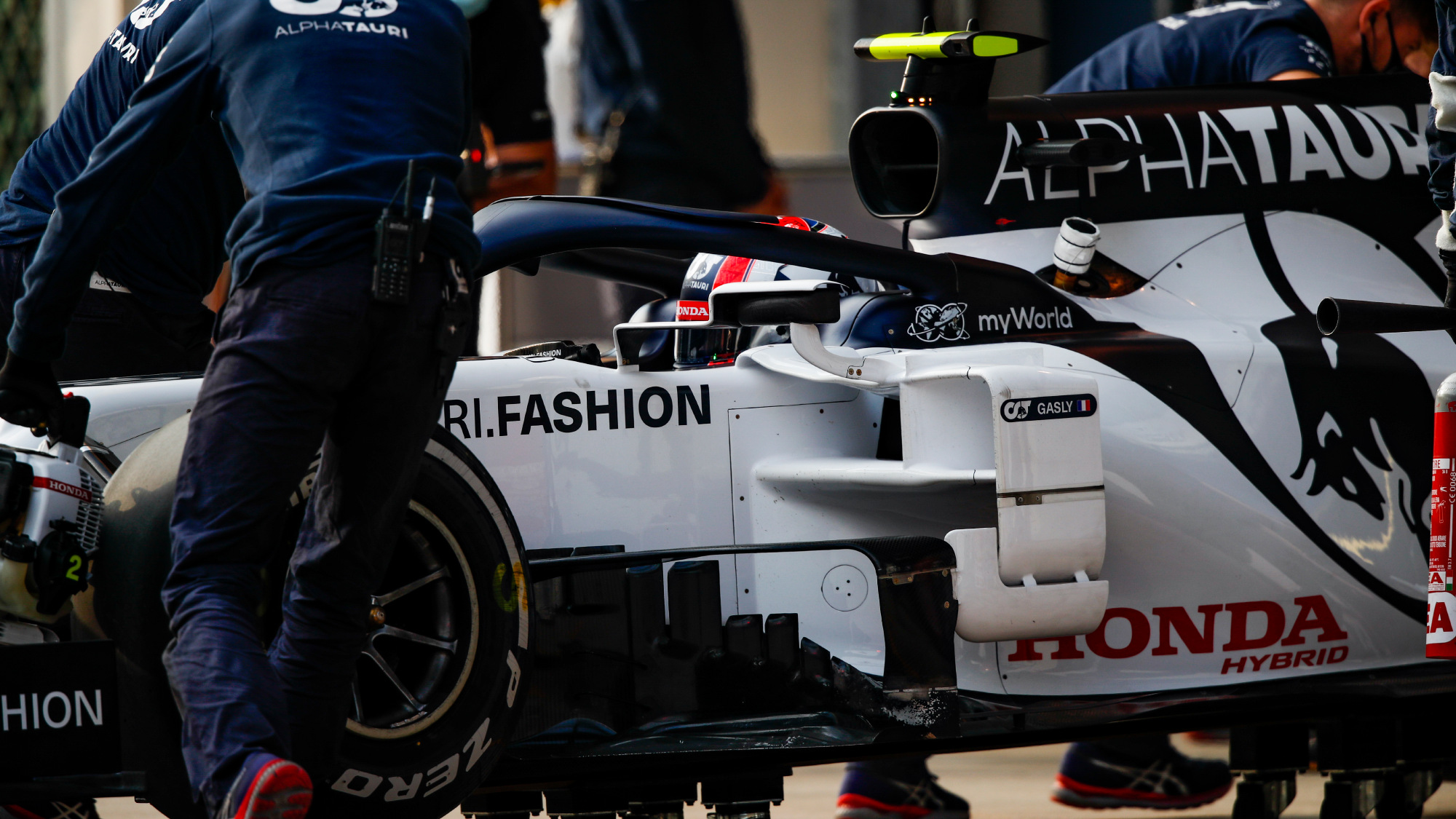 Gasly became an F1 winner in 2020 with AlphaTauri

Another team that scored a surprise victory last season, AlphaTauri put together an impressive season in 2020 and will be hoping its AT02 can build on that in 2021.

Japanese driver Yuki Tsunoda will partner Pierre Gasly at the team in place of Daniil Kvyat after a very impressive rookie season in Formula 2 last year.

There are no confirmed plans for the unveiling of its 2021 car just yet, though it is likely it won’t be a fashion show like last year considering the current global circumstances. 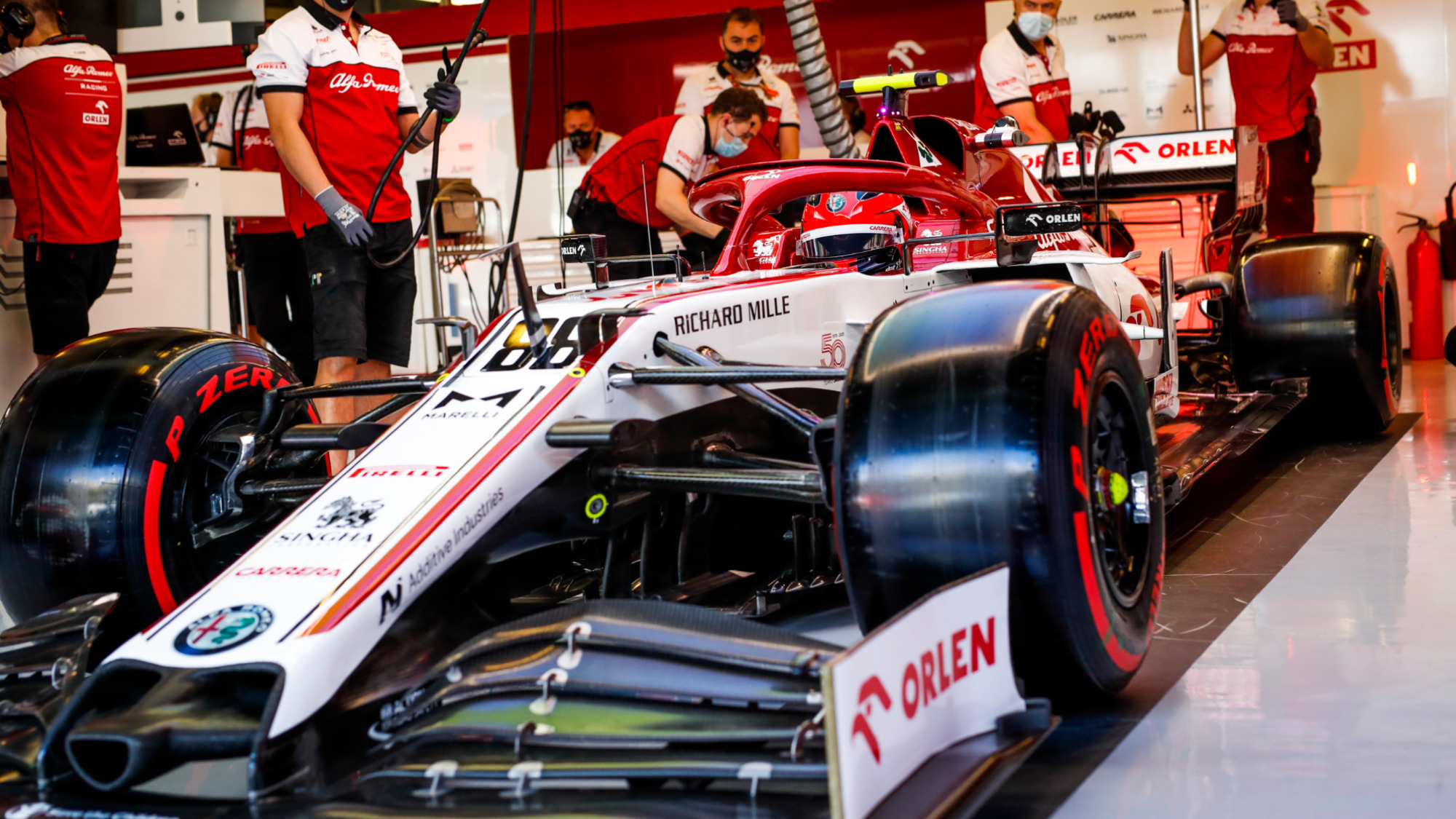 Alfa Romeo will hope to improve upon a disappointing 2020

One team with an unchanged line-up is Alfa Romeo but the team will be hoping the 2021 car is an improvement on last season’s effort.

The team has confirmed it will be launching its 2021 car in Warsaw, Poland towards the end of February ahead of the winter test in Bahrain.

A date for the calendar. 👀🔜

Kimi Räikkönen and Antonio Giovinazzi both achieved points finishes, but the team was often lagging behind other midfield rivals. 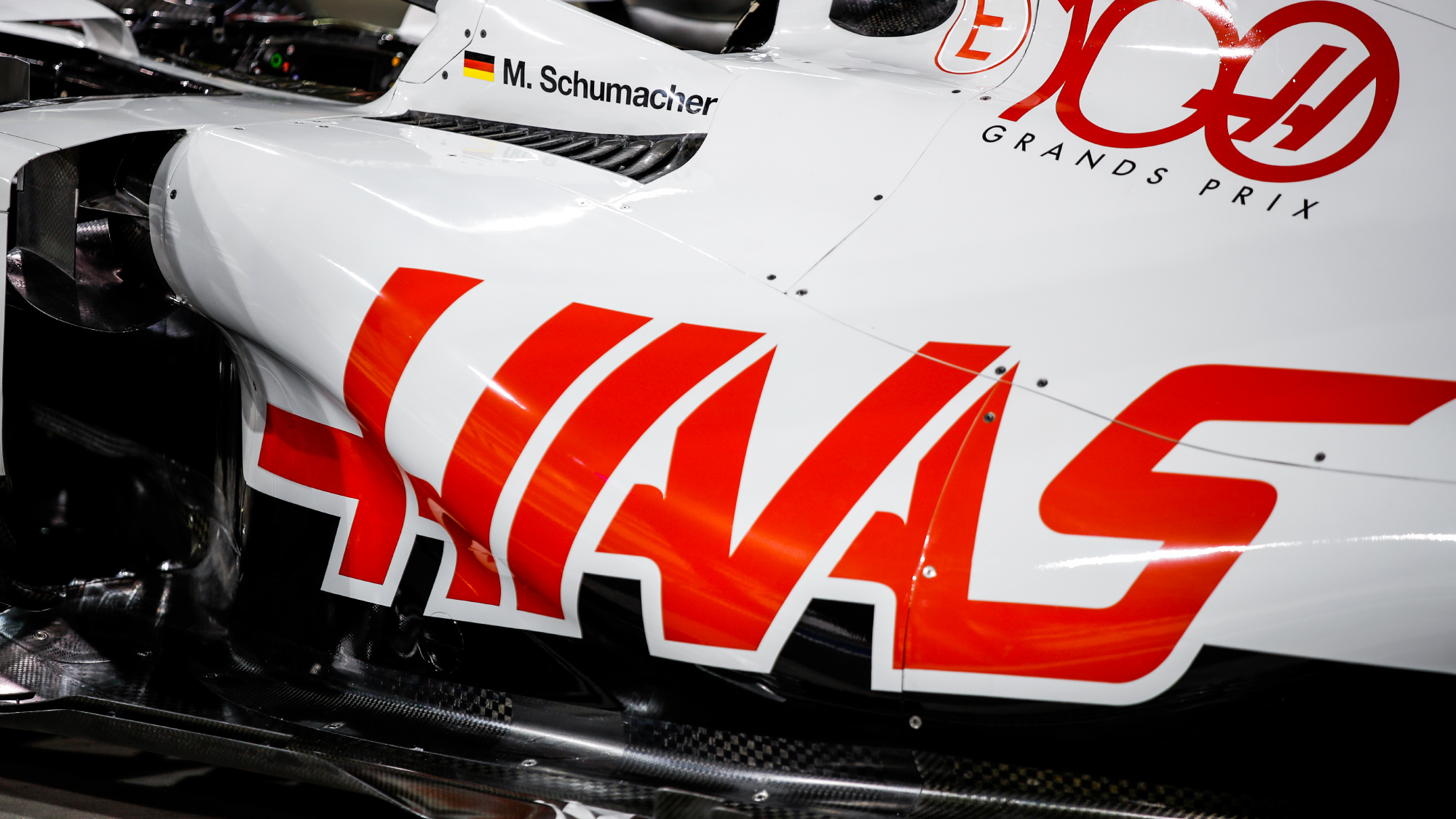 The Schumacher name is back in F1

It hasn’t been a quiet winter break for Haas as the return of the Schumacher name to F1 attracted headlines and Mick Schumacher’s team-mate Nikita Mazepin attracted the wrong sort.

The American team has slipped away from its promising 2018 form in which it ended the season fifth in the championship as 2020 was its worst season to date with just three points accumulated.

Its rookie driver line-up might make things a bit difficult on the face of it, but Mazepin’s backing could help the team get out of its struggles as it continues to work on and invest in its 2022 car.

Haas has traditionally unveiled its car on the morning of winter testing commencing, though has not confirmed its 2021 plans as of yet. 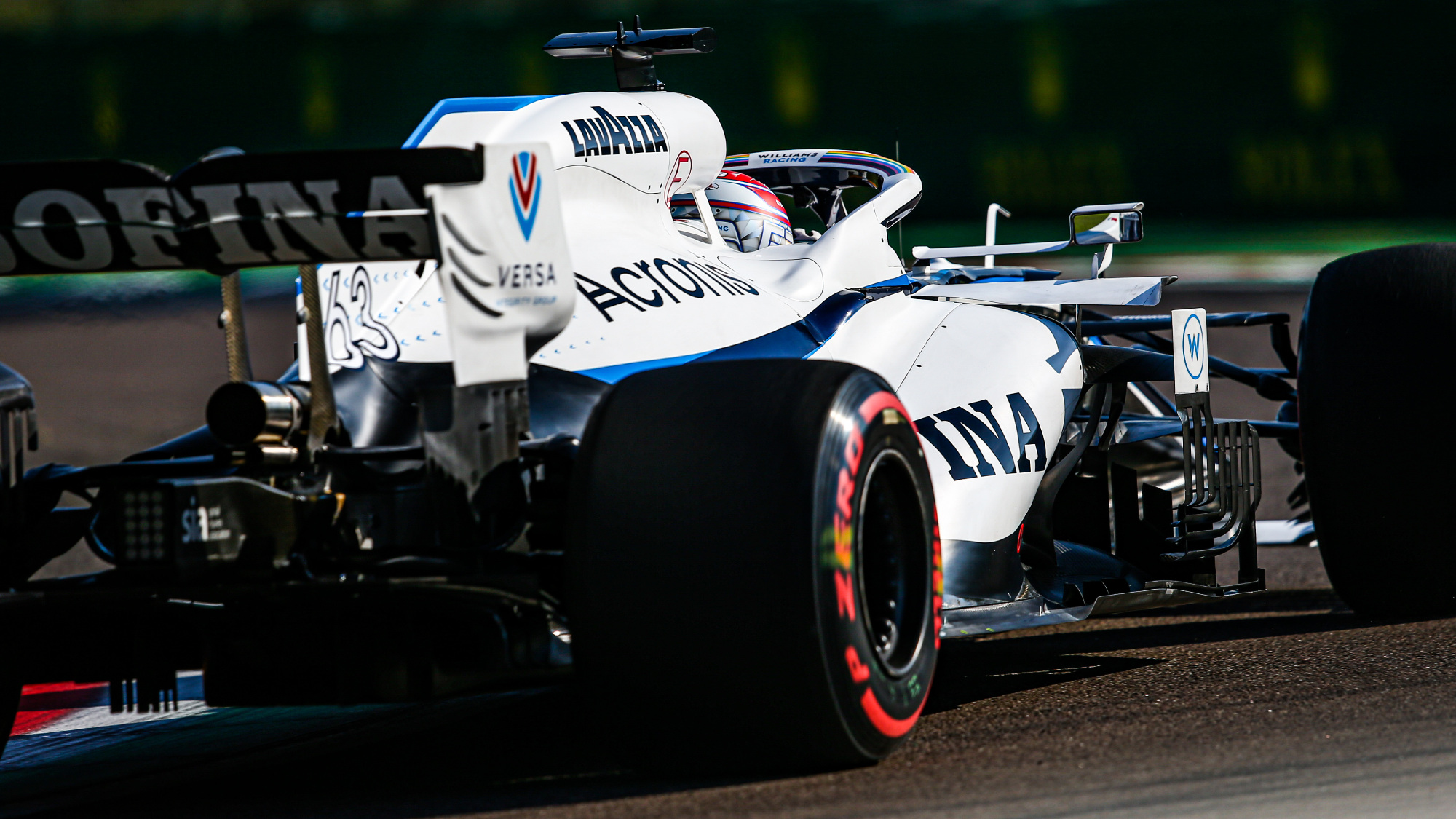 2021 will be the first full F1 season in which Williams is without a Williams family member in control as the Dorilton Capital takeover in 2020 has given the team a new lease of life for the future.

Though the chance for a clean slate really begins in 2022, team principal Simon Roberts stated last year that the fresh funding will allow the team to operate near the upper limits of the budget cap rules that come into effect this year.

“We are looking at what we can do and we now have the finances behind us to do that,” he said last season. “But it’s not a given. We will only spend money and invest where it makes sense.”

One area that will have been focused in on is the floor, which will be different for each team this year with new rules designed to slow the cars down to keep the Pirelli tyres in safe conditions.

It’s an area that Williams head of vehicle performance Dave Robson believes will allow the team to close the gap to the cars in front.

“It is a major change to the floor, particularly that area close to the rear tyre, an area where we suspect we’re not class leader, so hopefully for us, it’s less of a hit than some of those other teams.”